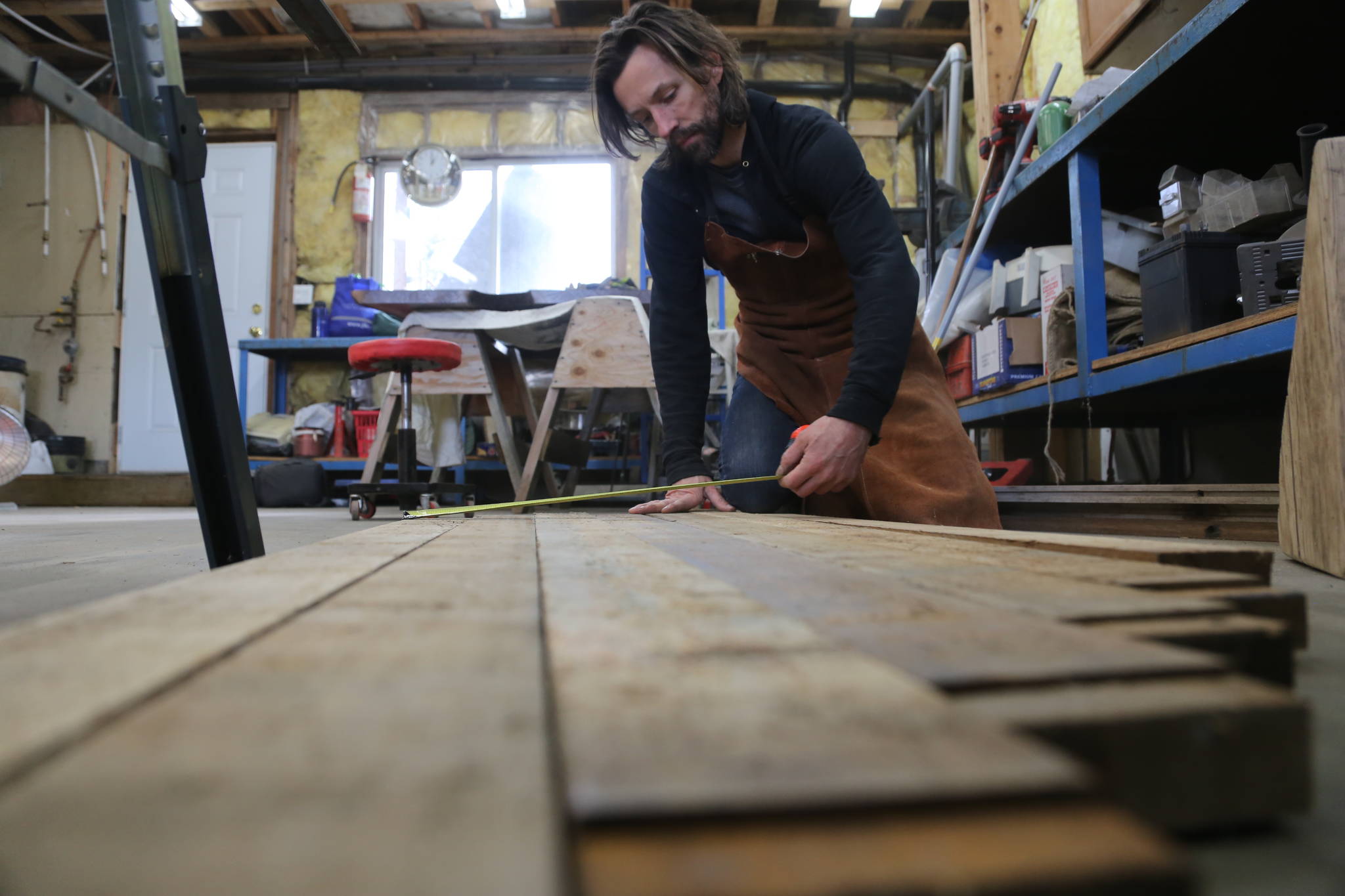 A hobby, for most people, is an enjoyable activity where they can spend some of their free time and perhaps relax or unwind. And while Chilliwack’s Jeremy Sibley’s carpentry hobby does help free him from the stresses of life, it’s also earned him the attention of Hollywood.

With an eye for raw beauty and an appreciation for clean, modern lines, Sibley’s work is a marriage of wood and metal in their most natural states. A former bank manager by trade, Sibley says he’s been dabbling in woodworking for more than a decade.

“I started out just making furniture for myself and my house, but (when) I didin’t need any more things in my home, I began selling my stuff,” Sibley explains.

It was through selling his completed projects that Sibley was found by a Vancouver movie production company in 2016. Having previously sold a few items to a company that produced commercials, Sibley says it wasn’t a complete surprise that his “eye-catching” designs had been noticed.

Contracted to build a live-edge table, Sibley didn’t know much about where his piece was going to end up, nor did he really think about it. Using a fir tree slab milled in the Fraser Valley for the project, Sibley was able to make two nearly identical tables: one became a land developer’s desk in Abbotsford, the other ended up on the big screen with Julia Roberts and Owen Wilson.

Not overly concerned with what the production company was doing with the table, it wasn’t until it was completed and picked up that Sibley learned of the table’s future.

He was contacted by the movie’s producers and was invited to Vancouver, where it was being filmed, to discuss alterations with the director. At this point, Sibley says all he really knew of the movie at that point was it was family friendly and the table would be visible often.

“They told me the name of the movie when I was on set, (but) I didn’t look it up online until a month or two later,” explains Sibley.

The movie was Wonder, starring Julia Roberts and Owen Wilson, and upon learning of the movie’s stature, Sibley says he “was a little bit speechless. This wasn’t a low budget kids movie, it was a real Hollywood big league movie.”

Based on an award-winning book of the same name, Wonder follows August “Auggie” Pullman, a fifth-grade boy living with Teacher Collins syndrome, which has resulted in some 27 facial surgeries that have left him scarred and unusual looking. Released this winter, Wonder earned more than $252 million dollars at the box office.

After watching the movie when it was released, Sibley says he’s happy with how it all turned out. “I spent (upwards) of 40 hours working on a table … (that was) very prominent in a big movie,” says Sibley. “You see my table in multiple scenes in the movie and I’m (happy) to have my work seen by so many people.”

“I’m proud that the quality of my work has been recognized by people in other industries,” Sibley adds. “The only person I have to impress generally is myself, so this makes me feel very proud.”

And although Sibley has recently left the banking industry, he has no immediate plans to cash in on his table’s celebrity.

“If there was an Academy Award for tables, I’d hope mine would be nominated,” jokes Sibley. “(But) once you go to doing (something like this) professionally, or having certain expectations of (financial) return, it adds a level of complication.”

So while Sibley intends to continue his carpentry, he says he has no particular business goal in mind. “I just want to keep doing what I love and see where it goes.”