Robin and Michele Girouard are serious about Christmas lights. When they moved to Aldergrove four years ago, the couple scouted out streets to see which neighbourhoods decorated the most during the holidays.

“When we moved here, there weren’t too many houses on our street that went all out,” Robin said, though he did note that has been changing and more and more houses of 24A Avenue in Aldergrove are lighting up their front lawns.

The Girouards have close to 10,000 lights – many of them twinkling on faux icicle formations – as well as various lawn displays.

“We used to have about forty plastic mould figures,” Robin said, but shrunken front yard space reduced the amount of items he was able to set up.

Make no mistake, however, the house is bright and busy – equipped with snowman, Santa, and a Christmas tree-shaped strand of lights.

Robin estimates that the job takes him about 40 hours; he starts in mid-November and always makes sure lights are flicked on by Dec. 1.

This year, he had them on even earlier to celebrate a neighbours birthday.

The Girouards were runner up in the Walter Levy light contest last year and they hope to keep entertaining holiday display spectators for years to come.

The couple laughed, recalling that a stand of icicle lights stopped working just before the Aldergrove Star editor came out to snap a picture.

It all worked out in the end and people can stop by and see the display at 27079 24a Ave, Aldergrove.

Watch for more holiday light display features and a growing list of Aldergrove homes in the Aldergrove Star and online. 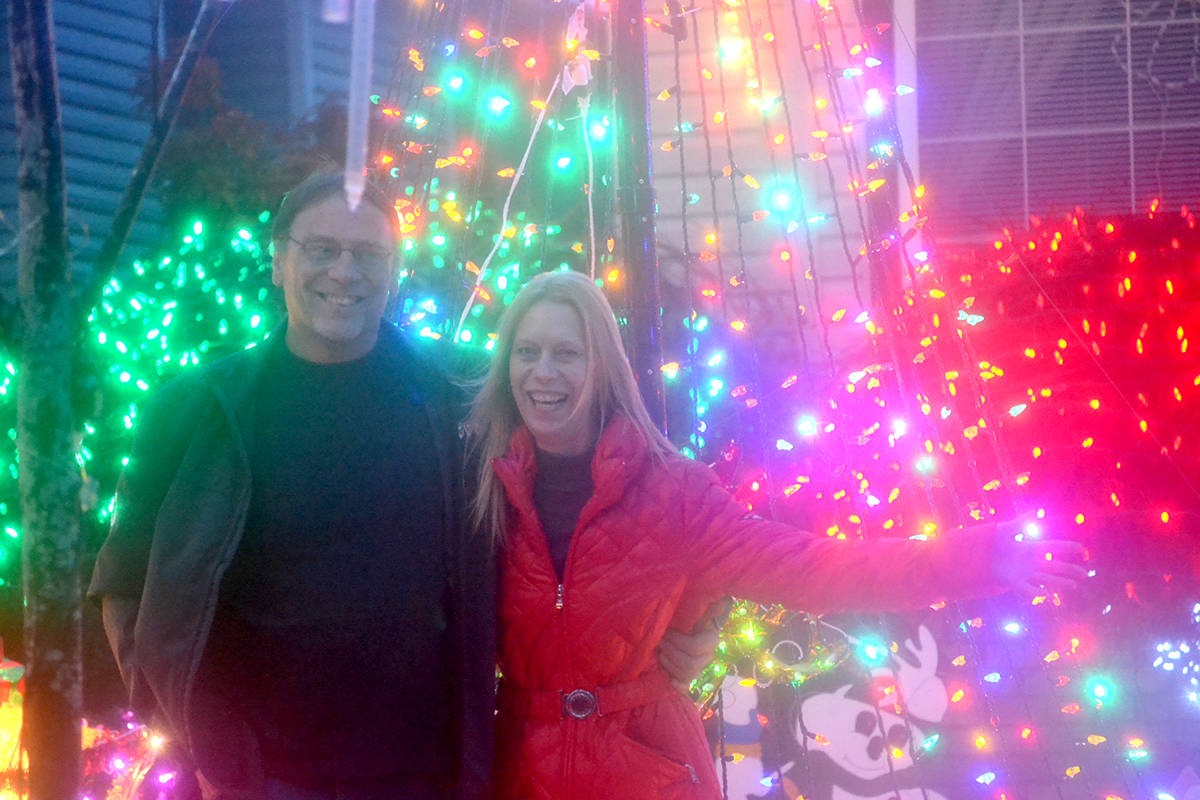 Robin and Michele Girouard’s home in Aldergrove, 27079 24a Ave, is decked with lights. (Ryan Uytdewilligen/Aldergrove Star) 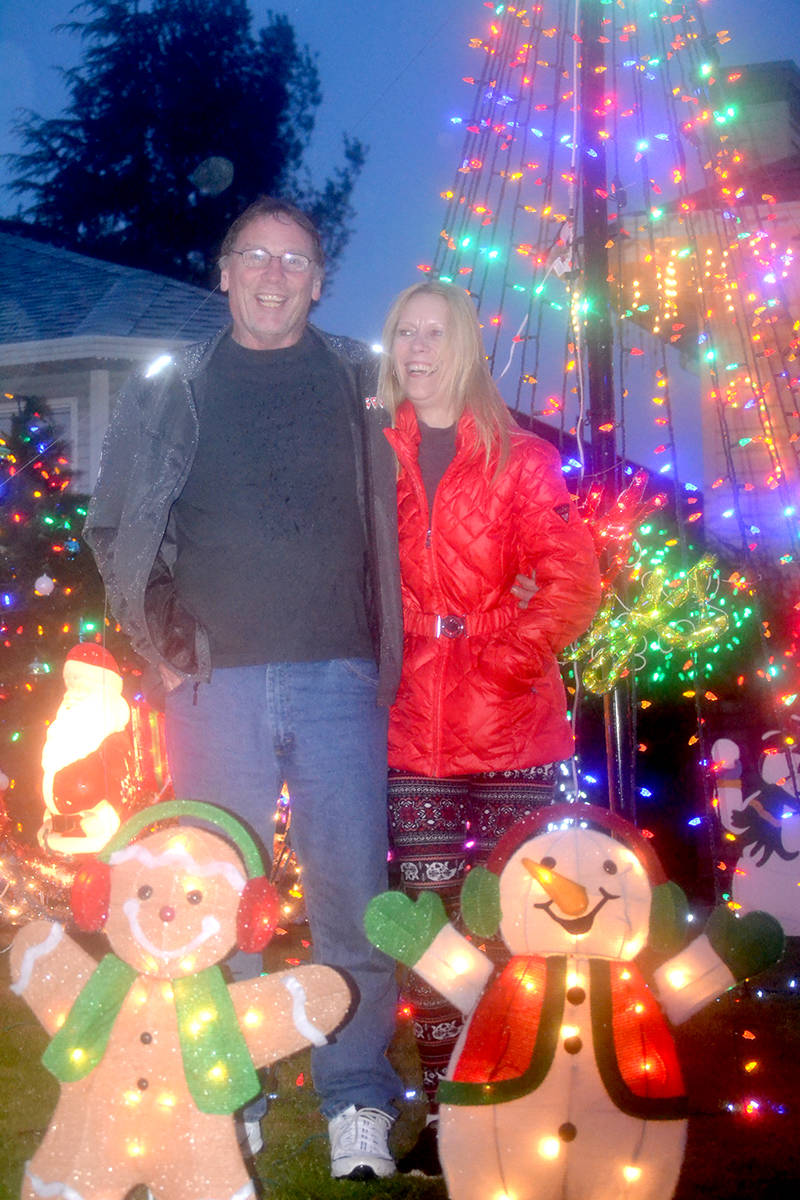 Robin and Michele Girouard’s home in Aldergrove, 27079 24a Ave, is decked with lights. (Ryan Uytdewilligen/Aldergrove Star)

Langley author on ‘the’ Santa to see, exotic global grub and $1.49 Day