Students are strumming away this summer at the 13th annual Langley Ukulele Ensemble’s (LUE) camp, Aug. 6 to 9.

Held at Langley Fundamental Elementary School for children in grades 4 to 7, organizer Peter Luongo, known by many as The Uke Man, said the sold out camp has become an important fixture for both the community and the ensemble.

“The camp started with notion to give young talented Langley students a chance to play, even if their school was not offering lessons to them,” Luongo explained. “Langley Township and Langley City have both sponsored [the camp] for over a decade and keep costs down so the camp it’s affordable for families.”

Luongo joined the group as an assistant director in 1980, which led to his leading of the Senior A and B ensembles and putting Langley on the map as “Canada’s Ukulele Capital.”

Though Luongo retired from the musical director position in 2013, he still remains heavily involved – particularly with the facilitation of the annual Sheraton Hotel Waikiki concert in Honolulu, Hawaii.

Twelve-year-old Murrayville resident Sawyer Friesen was one of the ensemble members who travelled to the island to play his uke for the concert’s 25th anniversary.

“It was great! We had a pool party one day and got to ride on a catamaran,” Friesen said.

The trip of a lifetime came about for the musician who started with the ensemble by attending the summer camp two years prior. “I started out playing piano at my old church and one of the ensemble teachers noticed and said I should try the ensemble.”

Friesen initially thought the camp might be a bit boring, but ended up enjoying it so much, he attended for a second time and is coming back this year as a volunteer.

“It was so cool. I like the friendships you can build and coming together to practise songs and play together at the end of the week,” Friesen added. “The instrument, I think, is underrated. It’s not just Hawaiian like people think. Once you get to know it, there’s a lot more you can do.”

For $160, the camp includes a T-shirt, snacks, free-play time with new friends, and plenty of music instruction. Luongo said that most kids come with a uke in hand, but the ensemble has many for rent, which families have the choice to buy at the end of the week.

“What speaks to me is people reveling in the success of making music with an instrument,” Luongo explained. “Music enriches lives and these camps are a great feeder system for future ensemble members.”

This year, 110 kids are taking part in the camp which will be taught by five professional instructors – one of which being Luongo’s son and current Senior A & B Director, Paul.

Participants will be split off into groups where they will learn uke fundamentals between the hours of 9 a.m. and 1 p.m. They’ll re-group at the end of the week to practise with one another and deliver a concert at the elementary school on Friday afternoon.

Friesen recalled the first year he attended, the camp ensemble learned how to play “Nova Scotia’s Beckoning Call” and “Langley, Our Home.”

All together, 22 volunteers – including Friesen – will be coming together to help run the camp; many of whom also attended in the past few years.

“We’re also looking at setting up retreat weekends, especially through the rainy months,” Luongo added. “We’re hoping for a couple for kids, a couple for adults, and at least one for families. Come out, get a loaned out uke, and promise when you go home, to take time in the evenings and make music together.”

For more information on the ensemble and the annual summer camp, people can visit www.langleyukes.com.

As for his future as a world renowned ukulele musician, Friesen said he’ll have to see. “It depends on the future… I’m only twelve so I’m not too sure about what I want to do for a career.”

Because of the camps and lessons he received through LUE, Friesen said he picks up the uke everyday to jam.

“It is noted that this instrument makes people feel happy,” Luongo said. “It’s a world-wide phenomenon.” 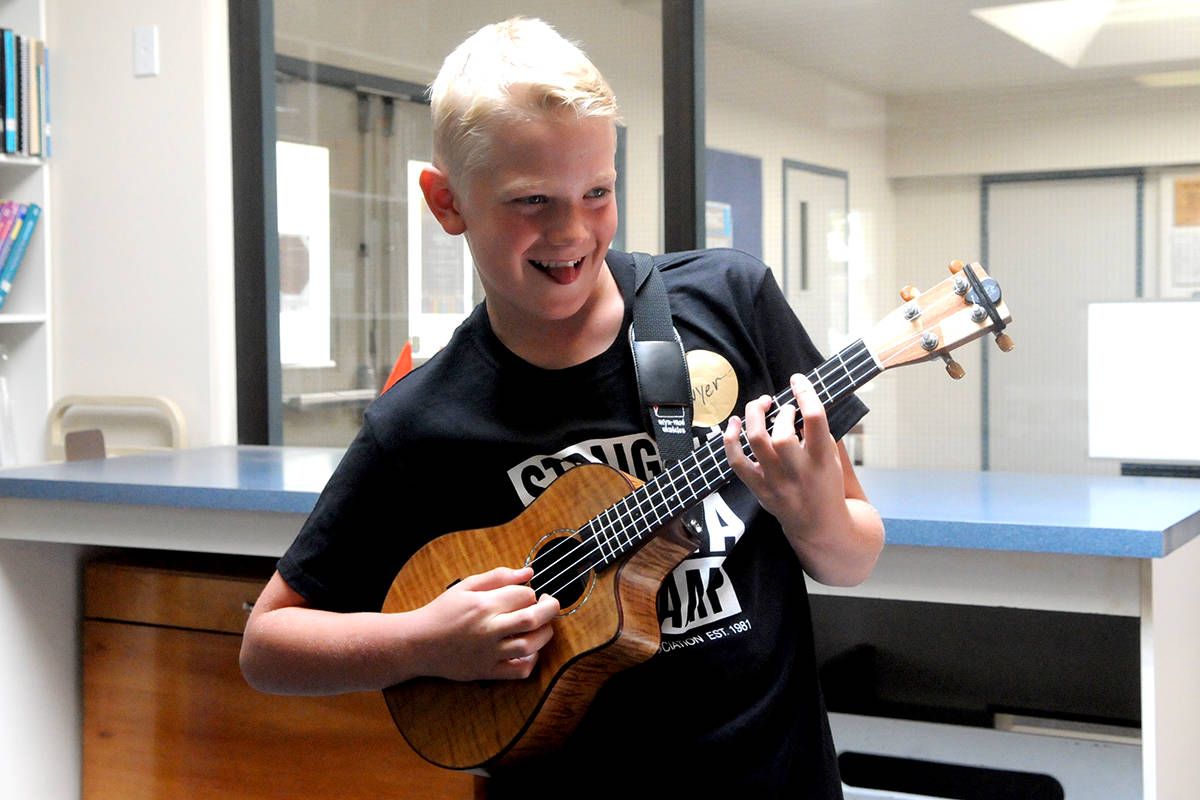 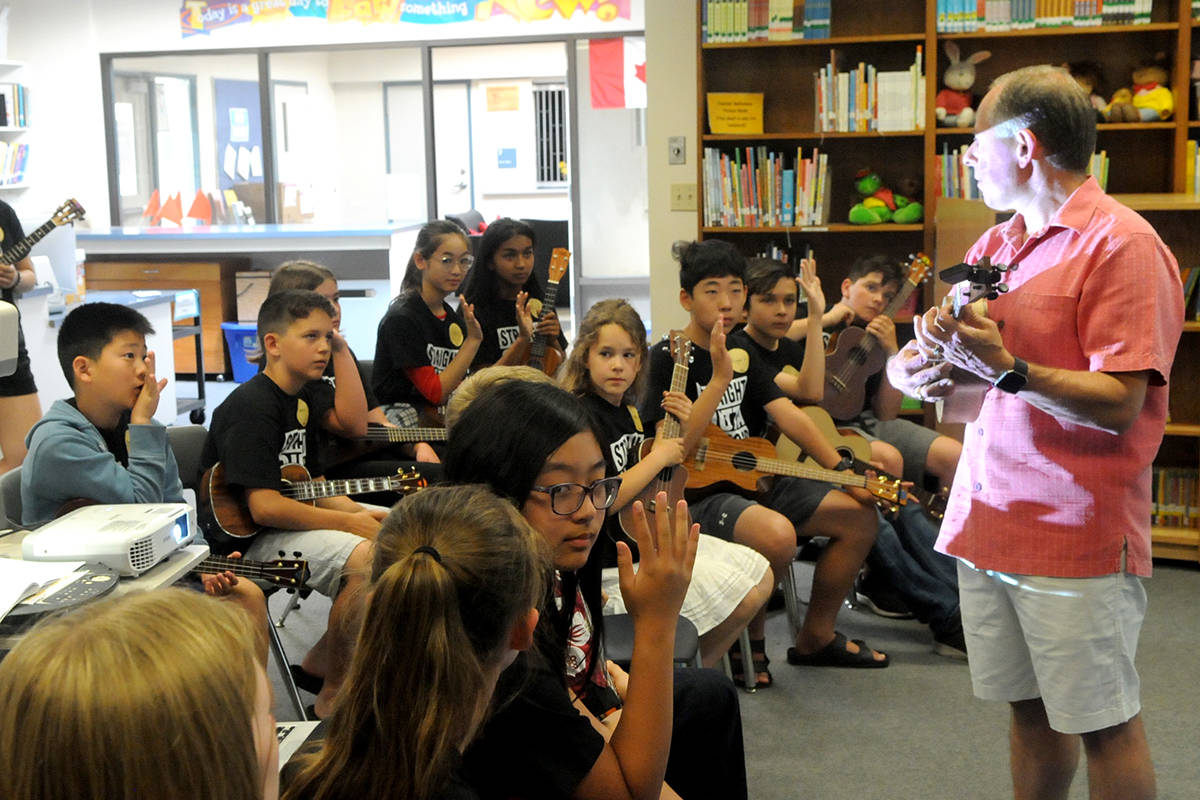 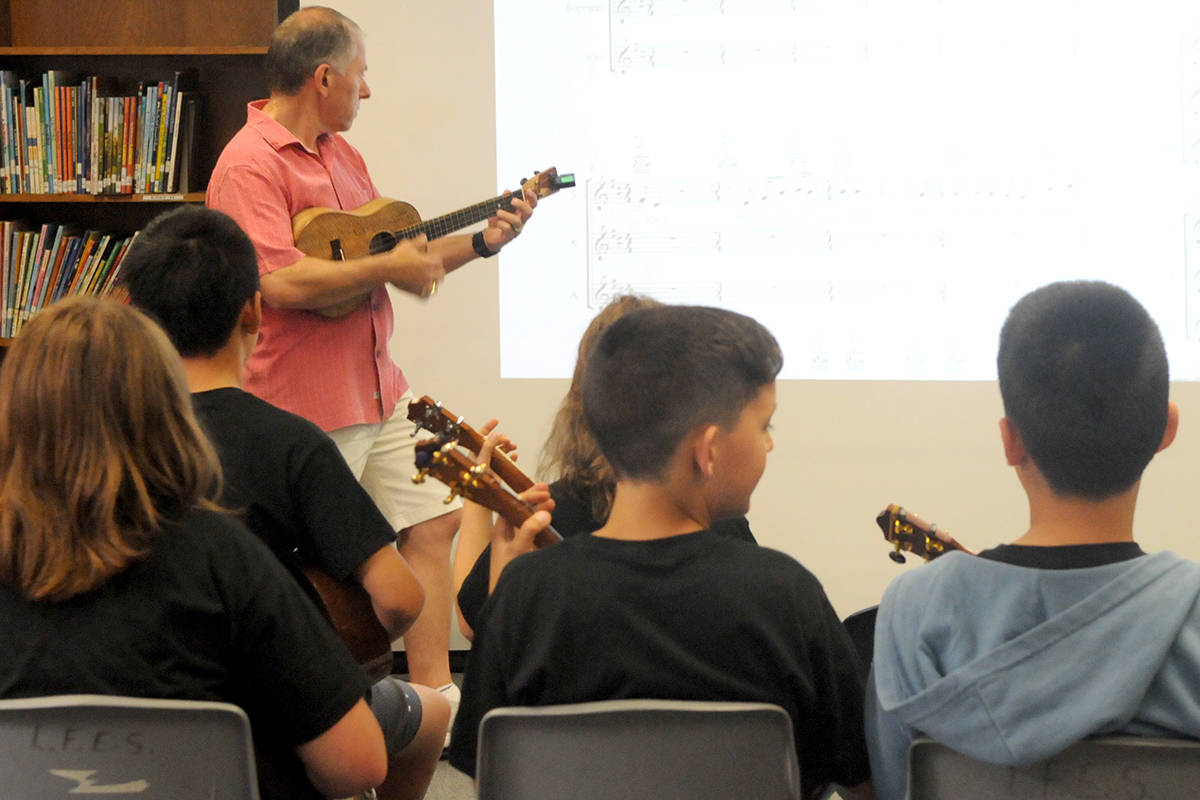