Margaret Cadwaladr was a teenager in the 1960s – the era of free love, mini skirts and protests.

But four of her high school and college years were spent working at the Woodward’s Food Floor which mean a prim uniform that hung below the knee and polished white shoes.

She writes of her time as a young woman in the late ’60s and a brief stint again in the 1980s in her book Food Floor: My Woodward’s Days.

“It was really a going concern when I first worked there, and they were basically beginning the process of closing down when I worked there again,” she said.

The Abbott Street store took up an entire city block from Hastings to Cordova Street. It was the second Woodward’s Department Store, built by Charles Woodward. By the 1940s, the company had several stores in B.C. and Alberta and expanded nationally through the late 1970s before having to scale back in the 1980s and 1990s. The store, which had been sold to Hudson’s Bay Co., had been converted to HBC or Zeller’s stores by 1993. The food floors had been sold to Safeway and converted to IGAs before the name Woodward left the Canadian marketplace but not people’s memories.

Her mom suggested working there. Cadwaladr said her mom probably assumed she would work there a few years then get married. The author worked there while attending university which meant she worked weekends.

“There were a lot of students doing that,” she explained.

She would go on to teach at colleges on Vancouver Island and work in students services as well as for Corrections.

It was while doing research for another project that she was inspired to write about her time at what the company called the largest food stores in the nation back in the Food Floor’s heyday.

“I just really noticed how little there was written on Woodwards,” Cadwaladr explained.

The Woodward family documented some of the store history but her book came at it from the perspective of an employee.

“People really did have a love for the store,” she said. “So I knew people would like it.”

While society was undergoing radical change in the 1960s, Woodward’s was strict about how employees dressed and interacted with customers.

Management was serious about the appearance of all staff and if the rules were broken “You would get a stern talking to,” Cadwaladr said.

If a staff member wasn’t sporting the requisite white shoes, there were repercussions.

“If you came down and your shoes weren’t up to snuff, she’d [the supervisor] quietly look at you and hand you a bottle of shoe polish,” Cadwaladr said.

Cadwaladr started as a grocery wrapper and moved on to become a cashier. She said the downtown Vancouver store had a conveyor belt that ran under Cordova Street and delivered wrapped groceries to the parking lot.

The store being in downtown Vancouver was near the cheap SRO hotels and hostels where men who worked in tough blue collar industries such as logging or fishing would often end up in their later years when money ran low. Many of them would come into the store but most of the time, the customers she encountered were more typical of the era.

Fewer women worked outside the home so most Food Floor customers were women. Cadwaladr said customers seemed to be more polite back when she worked in the store.

She noted that people today take for granted being able to go to the grocery store and get a rare spice or something as seemingly common as an avocado but in the decades past, the items Woodward’s brought in from around the globe were exotic. People would walk the aisles just to see what unique things from abroad could be found.

Woodward’s was a destination, particularly at Christmas, when the store set up Toyland, a magical place in the eyes of children.

“That was the Santa Claus to go and see. And you’d get a little Santa button and a cardboard hat,” she said.

The stores were famous for the Christmas windows that attracted big crows in the sidewalks to watch the moving displays.

And everyone of a certain age remembers a radio jingle dating back to 1958 that offered the promise of bargains on the first Tuesday of each month.

It worked getting people into the stores.

“$1,49 was a huge day, very, very busy,” Cadwaladr said. “When the PNE parade was going along Hastings Street, that would be another very busy day.” 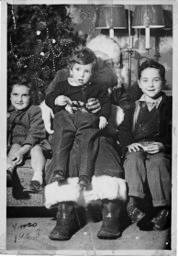 Author Margaret Cadwaladr had a visit with the Santa at the Vancouver Woodward’s store as a young child. Years later she would work in the store and has written about her time there. (Margaret Cadwaladr photo/Special to the Langley Advance Times) 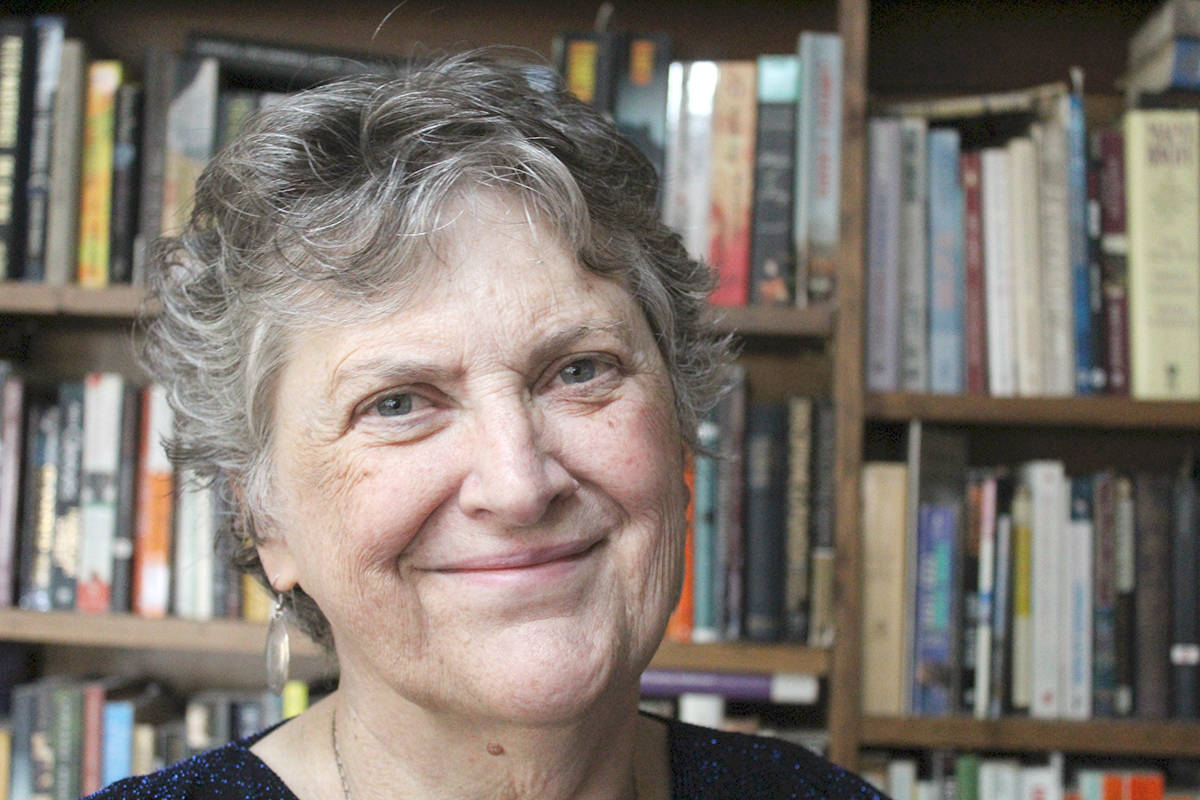 CHRISTMAS LIGHT MAP: ‘We do it for the neighbours’