Adam Mah and his band-mates knew the next step for Derrival would be national, but making their Canada-wide debut at the Juno Awards is “pretty insane.”

“It seemed completely out of reach,” said Mah, the 20-year-old vocalist and guitarist from Langley band Derrival.

“It still blows my mind. It’s really cool and I’m really excited about it.”

Derrival is one of three Canadian acts hand-picked to attend the inaugural Allan Slaight Juno Master Class in Toronto next week (Oct. 26-30).

Taking part in a customized artist development program, the band has the chance to perform at the Juno Gala Dinner and Awards in Calgary in April.

This is “the next step” for the band, after winning second place in last year’s PEAK Performance Project, Mah said.

“The PEAK is great and is very much on a provincial level, and the next step is on the national scale and getting us to Toronto and getting us in front of agents,” Mah explained.

“We were trying to figure out how to get to Toronto without doing a tour, and this is the perfect opportunity for that.”

Derrival was selected by a “super jury” of big names in Canadian music, including Kardinal Offishall, Sam Roberts, Max Kerman of the Arkells, producer Gavin Brown and president and CEO of the CARAS/Juno Awards Allan Reid.

On top of attending the program, Derrival is also receiving a trip to the Juno awards, a $10,000 MuchFACT online music video award, studio time at Slaight Music Recording Studios and a “cash investment” in their music career.

A lot has changed for the group of five Langley friends since forming their band in high school in 2009. Their indie-rock songs have evolved into music with more of an electronic sound, and they’ve learned what it really takes to be successful in the music industry.

“I think the biggest change has just been looking at this band as more of a business rather than just a bunch of guys playing music,” Mah said.

“I think that having that business sense will push us further along as a band.

“(The PEAK) was a huge change in thinking for us. They demystified a lot of things that bands don’t really know about, and I feel like a lot of bands that don’t go through that education have to find out themselves through trial and error.”

After their trip to Toronto, Derrival will continue to work on a new EP, set for release in 2016.

Their most recent EP, Departure & Arrival, was released in August. Free samples of their music is available on their website, www.derrival.ca. 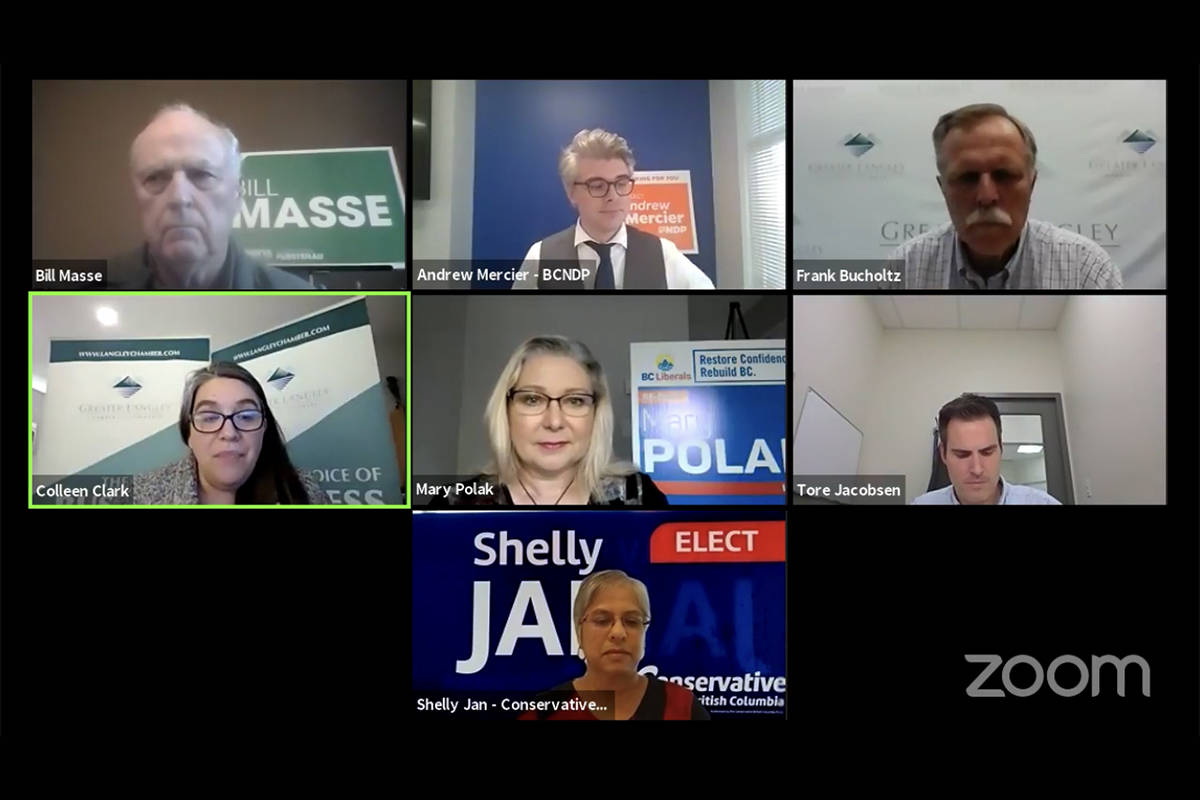 The all-candidates event was held via Zoom