A side-splitting comedy is coming to Langley this month with Theatre in the Country’s upcoming production of Michael Frayn’s Noises Off.

Noises Off is described as a “play within a play,” and audiences have been enjoying it since it first opened in London in 1988.

It opens as a dress rehearsal for a show called Nothing On, and the actors begin to struggle with technicalities, artistic quarrels and interpersonal relationships.

Langley’s Jacq Ainsworth is directing the show and explains the production is a farce.

“Farce is a classic British Genre, thriving on timing, sight gags, and innuendo. Dramatic irony, often used in situation comedies, means that often only the audience knows the whole story and is dying to see if the characters will ever come to understand each other.”

Jacq elaborated that since the show is a “farce about a theatre company who is trying to put on a farce,” there are many mistaken moments, attempted revenge, and constant exits and entrances through 13 different doors.

“Truly anything could – and does – go wrong,” she added.

Despite being a comedy, putting the show together has many technical challenges, due to the “strict structure of farce,” according to Jacq.

“There’s only one way to do it, and it [farce] is like a math problem so it’s extremely satisfying when everything’s in the right place. The pace has to be exact, the comedic timing has to be exact, there are conventional comedic bits that are familiar and expected so you have to do it properly,” explained Jacq.

Jacq, who holds a theatre degree from the University of British Columbia, started performing and directing with Theatre in the Country approximately three years ago, and said her cast in Noises Off has “magnificently risen to the challenge of this play.”

“The discipline required to pull off all the complex timing and the physicality of the work is tremendous, and this incredibly gifted cast certainly has both.”

Jacq is accompanied off-stage by her mother June Ainsworth, who agrees Noises Off is one of the “funniest” comedies.

June works as assistant stage manager and scenic painter for the show, and has been involved in community theatre for more than 30 years as an actor, director, sound and set designer.

“It is a treat to watch my daughter Jacq take up the reigns in such a professional manner. I know this production will be great fun for all,” said June.

Jacq added she often works with her mother on shows.

“It’s good because we have very high standards so we expect a lot out of each other,” Jacq said.

Noises Off marks the opening of Theatre in the Country’s 7th season.

“We are so pleased to have found a permanent home in Langley,” says artistic director Reg Parks.

“We had a wonderful year in 2018 getting settled and established in our new venue, and we are looking forward to a great run of shows in 2019.”

READ MORE: Theatre in the Country moves to Langley

Theatre in the Country is the only classic dinner theatre in the Lower Mainland, and it originally began in Maple Ridge before moving to its home at the Langley Vineyard Church in 2018, where five shows are hosted a year.

“The church has been very gracious to us,” explained Parks.

“They have opened their doors, allowed us to make changes to the space, and have shown that they are a great supporter of the arts. We are very pleased to have found this as our new home.”

Parks and his team at Theatre in the Country added raised seating, a place for the buffet, and extended the church’s stage to accommodate their productions.

Tickets and a complete schedule of show times can be found online: https://theatreinthecountry.com/hunchback-2/, or by calling the box office at 604-259-9737,

For those interested in being part of future Theatre in the Country productions, the organization is holding auditions for Deathtrap on Tuesday, Feb. 5 and Thursday, Feb. 7, and auditions for Little Women – The Musical on Sunday, Feb. 17 and Monday, Feb. 18.

More information on roles, audition requirements, and sign-up can be found online: https://theatreinthecountry.com/auditions/ 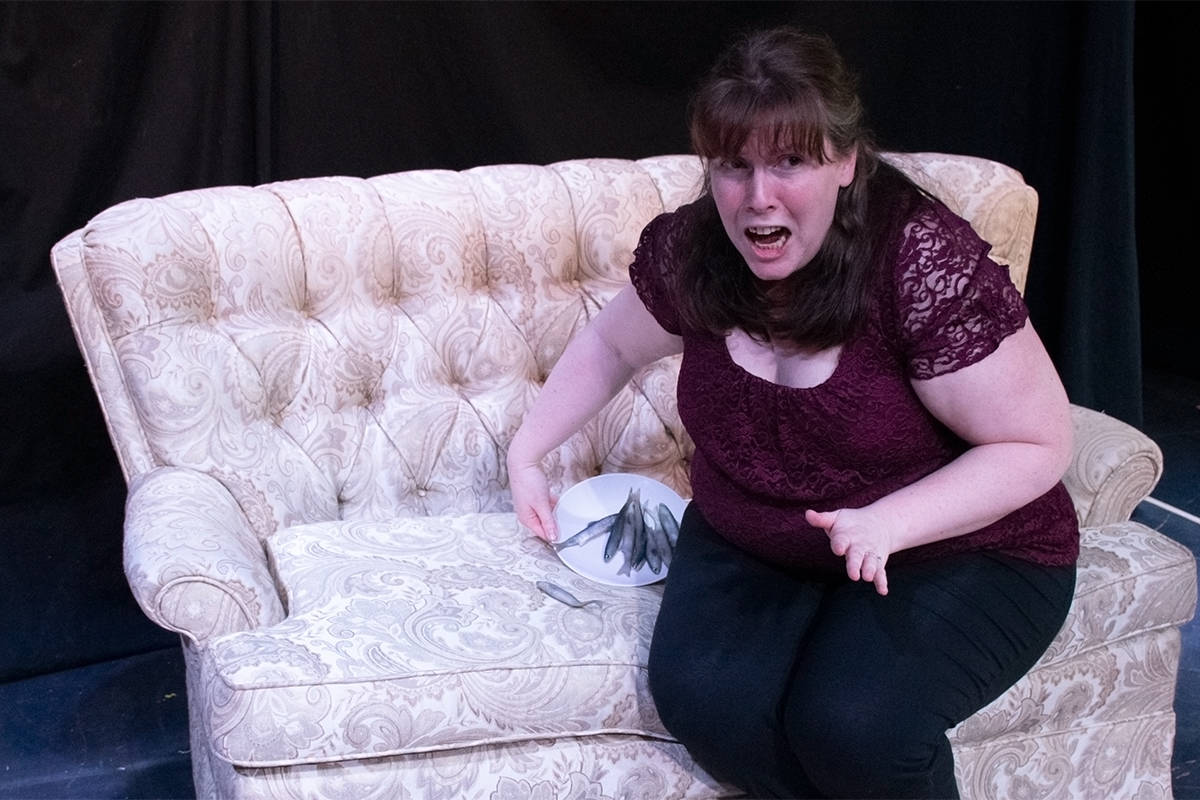 “Noises Off” is coming to Theatre in the Country on Valentine’s Day. Submitted photo

‘Young and the Restless’ actor Kristoff St. John dead at 52

Langley couple prepares for first time in the spotlight