Ask Langley’s Angie Quaale what’s important to her and she’ll likely answer that food and community rank at the top of her list.

Those passions were recognized by Random House Publishing’s recipe book specialist, who encouraged her to take her beliefs on the road and create something completely new as far as regional recipe books go.

He apparently saw how Quaale is a champion for all things local and wanted to see that shared with others.

Eating Local in the Fraser Valley: An Edible Tour Guide Including Recipes from the Farmers, Producers and Chefs of the Region was the result.

“I’ve been working on the book for about 18 months now. It’s a full seasonal representation of the crops in the Fraser Valley,” Quaale told the Langley Advance.

“I was fortunate to collaborate with an absolutely awesome local photographer, Ric Ernst.”

Ernst and illustrator Kay Slater were part of Quaale’s team in putting the book together with imagery highlighting the area from the Port Mann Bridge to Chilliwack and all the seasons experienced in the region.

The others who made up an integral part of the book are local chefs, producers, and farmers.

Many of these individuals offered family recipes both old and new and Quaale mixed them in with a few of her own.

One of the cookie recipes comes from previous generations of Sandy Krause’s (of Krause Berry Farms) family, while another is Rhonda Driediger’s (of Driediger Farm Markets) mother’s scones recipe.

“I grew up in Alberta. My mother didn’t drive. We cooked food at home every day,” Quaale said. “February in Edmonton, you’re not walking to a lot of restaurants. We cooked food and preserved it. That’s what we did on the prairies.”

The background of cooking at home on a daily basis set Quaale up for working in the food industry.

She worked in food sales and spent time with a number of local producers. She saw what they did, what they believed in and were trying to get across.

In 2004 she opened Well Seasoned, a gourmet food store, in Langley.

It’s a place where people can have choice in their food products and support local farmers and producers.

A decade later, in 2014, she moved the shop to its current location on 64th Avenue and around the same time successfully ran for Township of Langley council.

“I wanted to provide them with an outlet to retail their food,” she said of farmers and producers. “If you can get [an item] at a supermarket, you won’t get it at Well Seasoned.”

Eating Local in the Fraser Valley launches at Well Seasoned a week before it is available from the usual book outlets.

Copies can be pre-ordered in the store, online at wellseasoned.ca, or picked up at the launch on May 6 from 1 to 4 p.m.

Chapters, Indigo, Amazon, and other sellers will have it on May 13.

“The people who are in the book will hopefully carry the book, as well,” she said.

“The book is written by me in my language. The recipes are about family, they are personal. There are some nuggets in there… they will help people discover new farmers and producers.”

She also explained that the recipes are accessible to anyone – describing it as not being “super chefy.”

Cocktails, breakfasts, desserts and everything in between can be found in the 70-plus recipes in the book.

With the book focused on all seasons, Quaale hopes local people will also find new things to enjoy about the region by way of the food and recipes in the book. People can buy certain food items from farmgate shops, but may also find producer’s offerings in local restaurants.

Quaale’s book is likely to bring new interest to food in the Fraser Valley at all times of the year – at least that’s her hope. 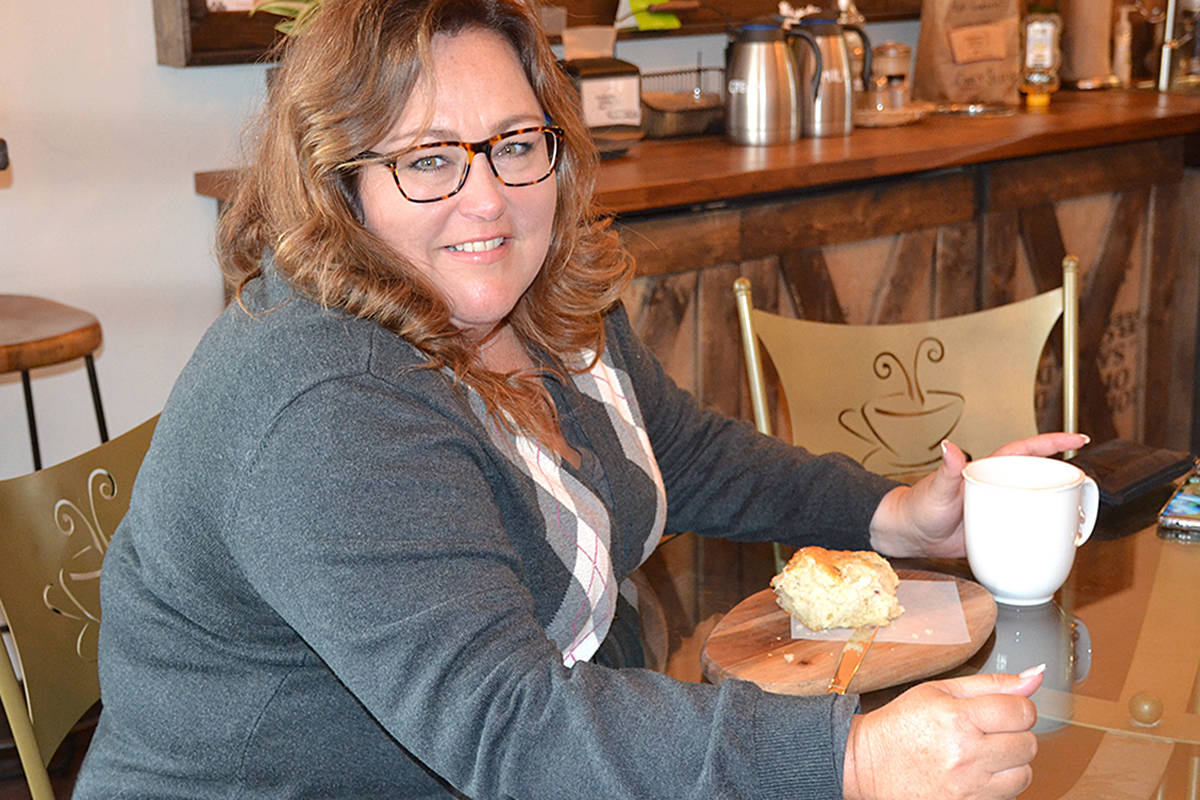 Angie Quaale has found time between running her gourmet food shop and serving as a Township councillor, to pen a book about food – complete with recipes. (Ronda Payne/Langley Advance)