Thirty-five workers have been constructing huge displays in Bill Reid Millennium Park (17728 64 Avenue) since September. Passerby may have noticed the giant Christmas trees, jack o’lanterns, dinosaurs and a 40-foot temple being constructed in the park.

As well as “lanterns, like you’ve never seen before,” the festival will offer vendors, food trucks and special live performances, said marketing co-ordinator Vincent He.

Surrey was selected as the festival’s host city for one reason — its diversity.

According to He, Surrey was a natural choice. The festival is intended to be a “cultural exchange between Canada and China” and it will incorporate cultural elements from Surrey’s many immigrant populations to make it what He called a truly “international festival.”

“I promise that they will never have [experienced] anything like it in Surrey, or in Vancouver,” He said.

The grand opening is on Friday, October 12 at 5 p.m., and the festival will run until January 6. There will be special events around holidays, and the schedule for those events will be posted on the event website artoflights.org. So far, parties have been planned for Halloween and Christmas Eve, and there will be “dragon world” and “sea world” themed nights.

The festival will be open in the evenings every day from 5 p.m. to 11 p.m. Tickets are available at showpass.com/art-of-lights. 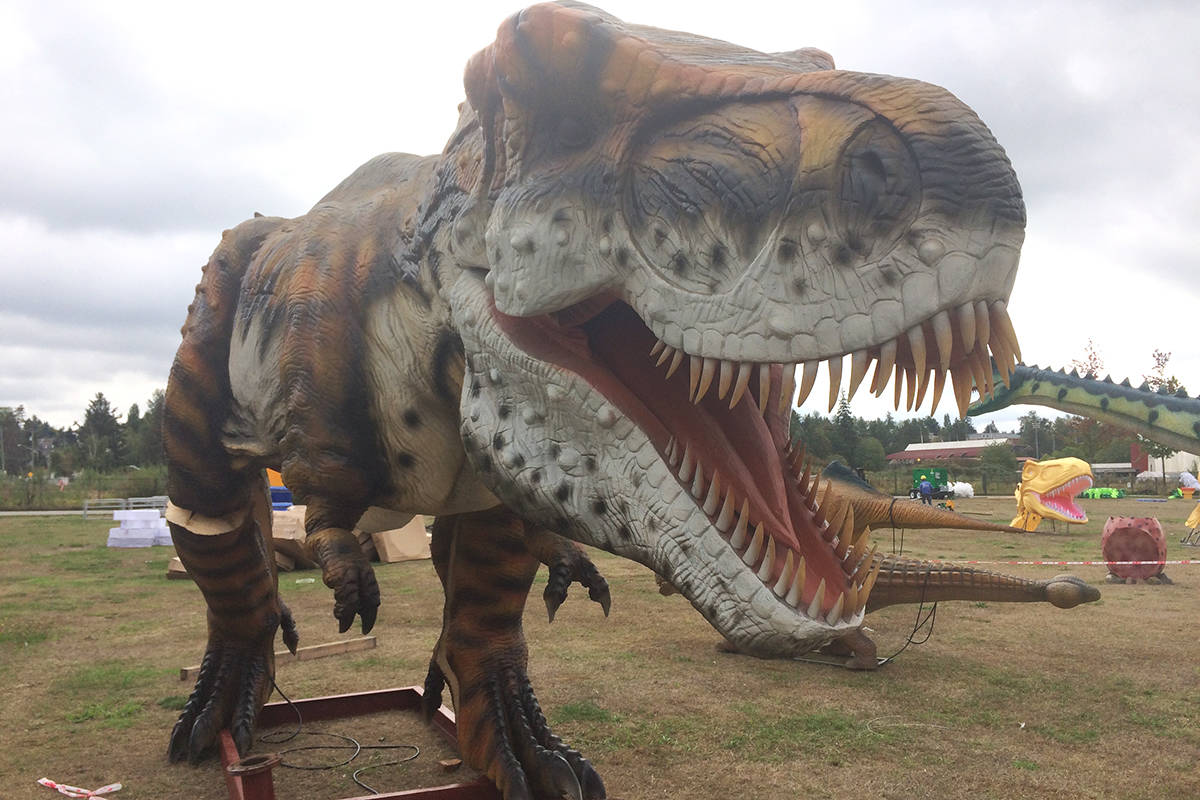 Giant dinosaurs, which will be part of the display at the Vancouver International Lantern Festival in Cloverdale, were first spotted in mid-September. (Grace Kennedy)

B.C. movie industry aims to be more green, both in production and onscreen