As the spookier season of the year approaches, Fort Langley National Historic Site (FLNHS) is readying to bring back Grave Tales – nightly guided walks filled with ghoulish ghost stories and spine-tingling tours through the village.

This is the 14th year Grave Tales has taken brave souls to the more occult locations of Fort Langley.

From Oct. 16 to Nov. 3, tours of differing lengths and content will traverse past neighborhood landmarks like the cemetery, older structures along Glover Road, and the 1850s Fort itself.

Aman Johal, an interpreter at FLNHS, said he began the tradition with overwhelming interest, both from tour takers and people with supposed supernatural encounters.

“The idea started off with doing ghost walks – we thought bigger centres like Vancouver and Victoria, Fort Langley must have their own stories since it’s even older,” Johal recounted.

“After we got approval, we started canvassing the town and asking us for people to send us their stories. We figured we’d get a couple… we ended up getting 2,000… so we made it so it had to be four or more different accounts of the same story to be included,” he continued.

Johal said he still calls himself a skeptic, but there has been a few unexplainable incidents since starting at the Fort in 2001. Choosing to remain ambiguous, Johal simply referred to one of the inspirational moments to hold Grave Tales as the time he encountered ‘the presence in the Big House” at FLNHS.

“The audiences range from skeptics to people who do believe in the supernatural – there’s no one there coming to hunt ghosts or anything,” Johal said. “We also don’t have people set up in bushes to jump out and scare you. It’s less Friday the 13th and more Blair Witch where we let your mid play tricks on you.”

Johal said stories have evolved over time as new details come to pass and different encounters get submitted. Not all tales are ghostly either – true accounts like when one of Fort Langley’s founding fathers, Alexander Mavis, injured himself after a head-first fall and murdered his wife shortly after.

Tours at 6 p.m. will be significantly censored and light-hearted, geared more towards the whole family.

Tours starting at 9 p.m. will run till midnight, covering slightly more ground and detail for adults only.

All tours start and end at FLNHS, 23433 Mavis Ave, and run in all types of weather.

“People come back, even in a different season where I overhear people recounting the ghost stories from Grave Tales that apparently made an impact on them to other people,” Johal added, assuring that Grave Tales will keep on continuing and evolving each fall.

Halloween at Fort Langley will additionally be celebrated on Sunday, Oct. 27 where kids (and adults) can dress up in costumes, trick-or-treat at historic buildings, go on a scavenger hunt, and partake in fall activities.

“I believe there will be old fashioned fall outdoor games like pumpkin bowling,” Johal said, “and a presentation of creepy critters like snakes and spiders.”

Tickets are available for Grave Tales at FLNHS and online at Brown Paper Tickets. Johal noted that Grave Tale tours do typically sell out fairly fast.

For more information on FLNHS’s fall and Halloween activities, people can visit their Facebook page. 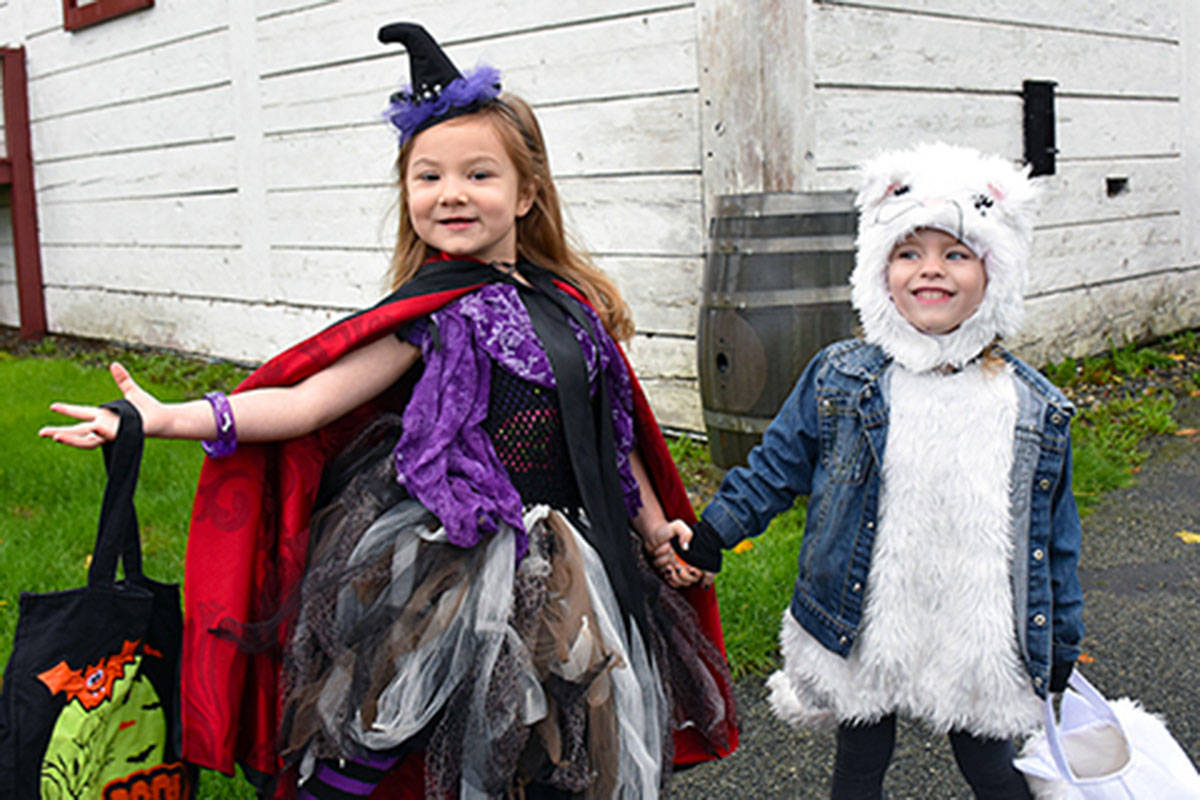 Langley production line-up includes Neil Simon, Agatha Christie, and a Catch Me if You Can Musical