From behind-the-scenes, to being in the spotlight, Langley’s Lauren Trotzuk has done it all.

In her latest performance, Trotzuk is taking centre stage as The Cat in the Hat in Seussical: The Musical, presented by the Fraser Valley Gilbert and Sullivan Society (FVGSS).

“The Cat in the Hat is really mischievous and likes to rock the boat just enough to see how much water gets in, and what falls out. The big thing is, the cat is not an unkind or mean person, but he likes to allow people to learn life lessons through a rockier path,” explained Trotzuk.

Seussical: The Musical follows the story of Horton, an elephant who discovers a speck of dust that contains the Whos. The other characters don’t hear the Whos, so they mock Horton for talking to a speck of dust.

Since the cat is a mischievous character, Trotzuk said that aspect adds to the challenge of the role.

“I think being able to show in your face, body, and voice, the real intention of all the mischief you’re committing,” she added.

“I’m a character actor, so for me, I’m always moving a lot, using different voices, trying to portray expressiveness as much as possible. For me it’s comfortable, and I get to be myself but to a higher degree.”

Trotzuk, 24, graduated from D.W. Poppy Secondary, and has been teaching and performing in theatre throughout the Fraser Valley for the past seven years.

When she’s not performing, she teaches a variety of youth programs, including the theatre classes at the Langley Arts Council.

Theatre has been a part of Trotzuk’s life for as long as she can remember.

Since The Cat in the Hat is such a popular character, Trotzuk admits she is feeling a bit of pressure.

“Dr. Seuss has created this character that has existed for so long, and that I hope will continue existing, especially for the kids of the future, so part of me wants to stick close to the original idea, but at the same point, as a performer you have to be able to inject yourself into your role and make it your own. I’m just doing my best and trying to have fun with it.”

And Dr. Seuss is an author that Trotzuk grew up reading – especially the story titled The Sneetches.

One of Trotzuk’s favourite show moments is when the entire cast is on stage together dancing and singing.

“The strongest moment in Seussical is when you have the whole ensemble – there’s some pretty fantastic and talented people in the cast – so when you have them all together, you can feel the energy and life from everyone together.”

Whether it’s acting on the stage, or teaching her students, Trotzuk said she loves both.

“There’s a part about performing where you can be the most authentic and true version of yourself, but there’s something incredibly satisfying about teaching and being able to share your passion with others and be able to give your knowledge to someone else and watch them learn and grow from it. I always gain a different experience from either of them.”

Over the years, Trotzuk added the most important lesson she’s learned from theatre is “just be yourself.”

Playing a supporting role in Seussical is Langley’s Ahnika Barber, who is playing one of the Wickersham brothers.

”Seussical is the first actual musical I’ve been in. This has been a really different experience that pushed me out of my comfort zone, and it’s been really rewarding for me,” she said.

She’s been singing and acting most of her life, and said she even went to a performing arts preschool when she was just three years old.

“Being on stage for me – I’m able to take everything that’s happening in the outside world and leave it at the door when I come in. So when I step into a rehearsal space or theatre space, it’s like I’m stepping into another person’s shoes and I get to be a completely different, open version of myself,” Barber elaborated.

Barber said she loves Dr. Seuss, and after listening to the soundtrack, knew it was a show she needed to be in.

She referenced a Dr. Seuss quote, “a person’s a person, no matter how small,” as one of the most important things an audience can take away from the show.

The show runs from Thursday, April 25, to May 5. For tickets and show-times, visit fvgss.org.

Seussical: The Musical plays at the Coast Capital Playhouse at 1532 Johnston Rd., in White Rock. 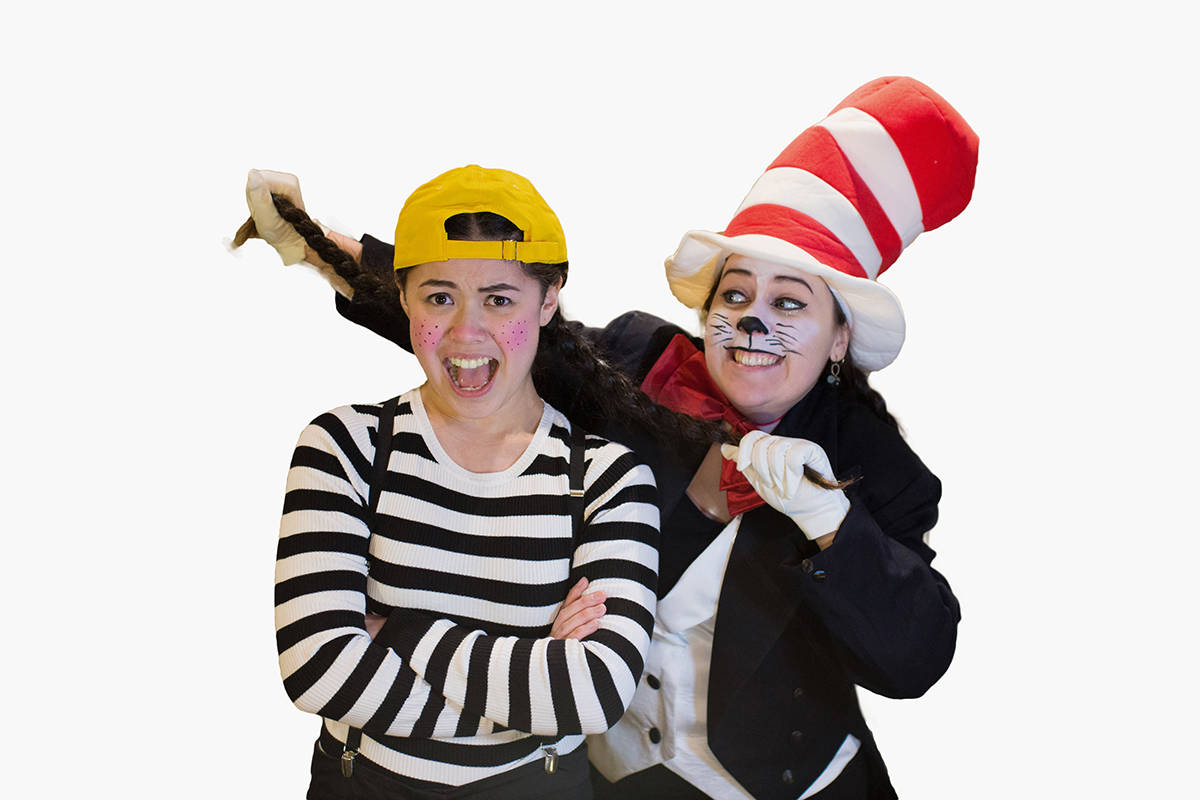 Langley comedian reflects on how the industry has changed