In the new feature film The Shasta Triangle, Paula, a woman in her 30’s, returns to her hometown of Shasta, California to uncover the truth about her father’s disappearance when she was a child.

The sci-fi thriller, which releases on Dec. 3, was written and directed by Langley couple, Helenna Santos and Barry Levy.

Santos grew up in Langley and met her husband in Vancouver shortly before moving to L.A. to pursue acting.

Both had graced the screen on programs like Arrow, Supernatural, and numerous Hallmark movies, but have since headed behind the camera.

The couple moved back to the Fraser Valley three years ago to develop ideas and start their own production company.

“Langley has become a hot-bed of production! We lived in L.A. for almost a decade before coming back to Langley and I have to say that it’s incredible to be in a town that welcomes and supports the entertainment industry so much,” Santos said. “I literally see more filming on our street in Murrayville then I did anywhere we lived in LA.”

Levy broke onto the scene with the low budget horror Spook in 2003. After getting several short films and documentaries under their belt, The Shasta Triangle marks and big turn for their careers.

”The Shasta Triangle really has become our calling card to show the industry what we are capable of,” Santos explained. “We had a very small cast and crew, only 11 people maximum on set on any given day. And we shot the movie in 12 and a half days in Oregon, with one extra half-day of shooting here in Langley. It was truly ‘all hands on deck’.”

Levy said fans of shows like The Twilight Zone, Supernatural, and Stranger Things will likely enjoy their film.

The Shasta Triangle is also female driven, a decision born out of Levy’s desire to see a change on screen.

“Blade Runner is my favorite movie, and both Alien, and Aliens are just flawless,” Levy explained. “And I’m really tired of watching movies with guys. It just gets boring after all these years. I want to see more hard-charging women like Sigourney Weaver in Alien and Linda Hamilton in Terminator. And the characters in movies should reflect the diversity of the world we live in.”

“Yes, to all of that,” Santos said, concurring with her husband’s answer. “I’m a minority actress. Half Filipino, Half Russian German. Until recently there haven’t been a great deal of opportunities for women like me to be a lead character in movies or TV.”

Both Santos and Levy appear in the film.

“From the get-go I wanted to make sure that this was a story featuring a diverse group of women in an ensemble cast to really showcase how important it is to have proper representation on our screens,” Santos continued.

The couple have no plans of slowing down either, with several more locally made productions ready go.

“We have two other feature film scripts that are ready to shoot,” Levy said. One is a comedic heist film much like Lock, Stock and Two Smoking Barrels or Kiss Kiss Bang Bang. The other is a “creature feature” horror movie with a lead female character who could definitely rival Ripley in Alien.”

Everything production-wise is done through their own company, Mighty Pharaoh Films, including a possible television series adaptation of The Shasta Triangle.

Released by Giant Pictures, The Shasta Triangle will be available to rent/buy via AppleTV, Amazon Prime Video, Xbox, Vudu, Google Play, and Shaw Cable on Demand. 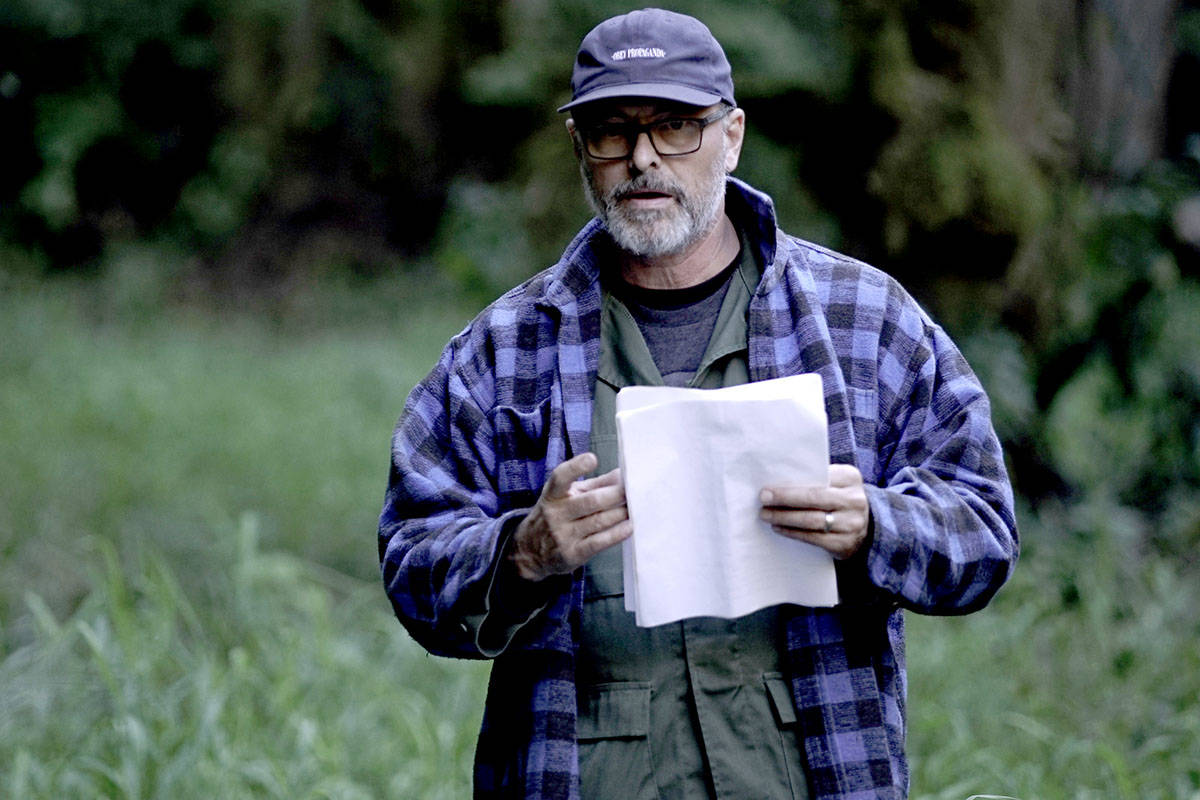