A new theatre company has emerged from the pandemic, and the troupe’s first show goes live in Fort Langley this weekend.

CURiOUS and Company Entertainment Society was founded during the darkest days of COVID-19 by four friends that saw a need in the arts community, said one of the founders and artistic director, Brad Tones, just days before the group brings the Brothers Grimm Spectaculathon to the stage of Chief Sepass Theatre.

“COVID-19 has taken a toll on people and businesses,” he said.

“So many of us have switched to working from home, while others have lost their jobs completely. While some businesses are having to switch to take-out only, accommodate new regulations or shut down all together, this is definitely a difficult time for us all. No one would have guessed that this pandemic would give a few local performers the opportunity to create a new performing arts theatre company.”

But, that’s just what happened to a group of friends from Maple Ridge.

“We’ve been cooped up for too long and it’s time we all get out and see some theatre,” said Tones, who is joined in the undertaking by Aaron Davis, the company’s programmer, along with Richard Wiens and Martin Brochu fill out the rest of the founding spots.

This group of four, no strangers to live theatre, has recently performed in Tony n’ Tina’s Wedding, along with a laundry list of other shows and improv events.

They spent several months hammering out details for their new theatre company. Ultimately, their goal was to provide “entertaining theatre in unique spaces that connect with audiences on a new level,” Tones said.

“Theatre is an opportunity to not only entertain but to invite an audience into a world you create,” he added, “when the time is right; and that time is now.”

CURiOUS and Company picked the Brothers Grim Spectaculathon, by Don Zolidis, as the inaugural show?

It’s a fast-paced, high-energy comedy that is “pure fun from the opening line to the final bows,” Tones said. “This is not their first rodeo so you can expect a high level of talent on stage.”

Performers in this show jump from character to character and story to story in the blink of an eye.

“And just in case you were wondering there won’t be any brutal killings or gore on stage. The Grimm brothers were pretty gruesome in their stories but author Don Zolidis has used comedy and satire to tell these versions,” he explained.

“The show may not be for all ages but it’s definitely suitable for children 12 and older.”

There will be two evening showings and one matinee of Spectaculathon, at the Chief Sepass Theatre in the Langley Fine Arts School, 9096 Trattle St. this weekend. 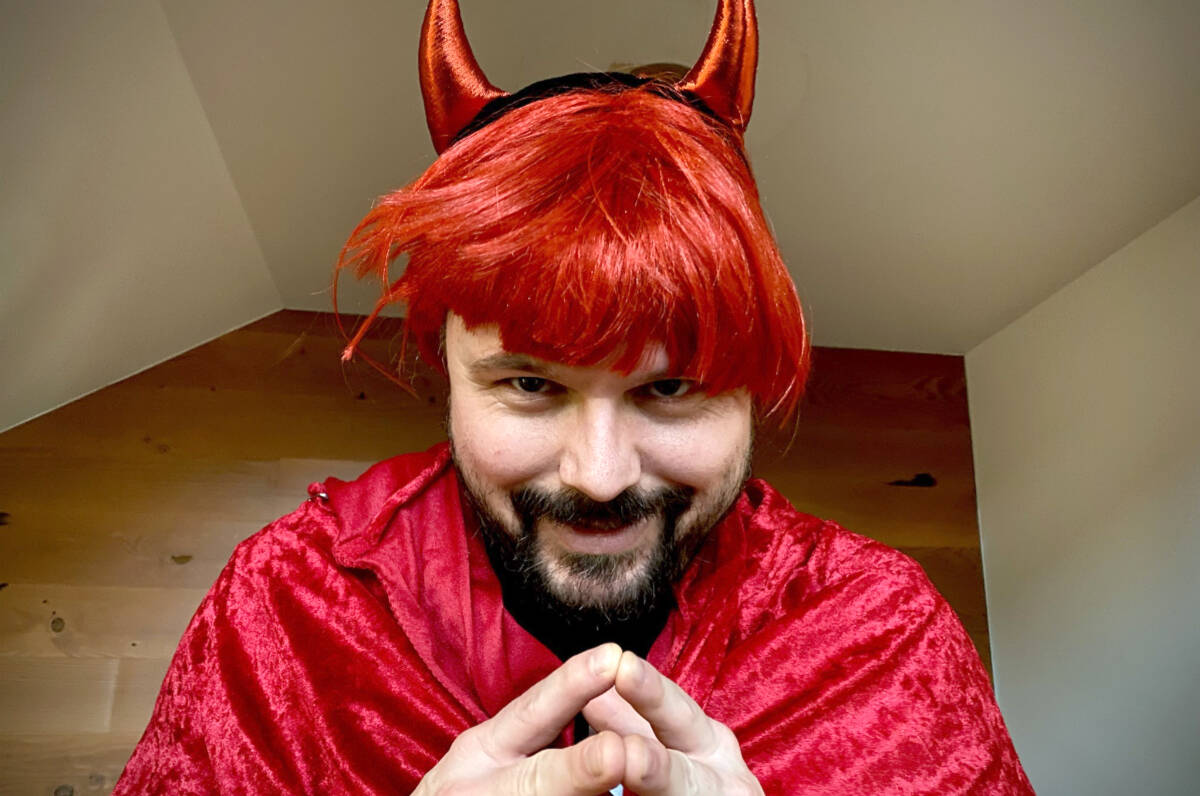 CURiOUS and Company Entertainment present the Brothers Grimm Spectaculathon Friday and Saturday at Chief Sepass Theatre. Five actors will present more than 200 tales in less than an hour. (Special to Langley Advance Times)

Reflections on the rails