For Lora-Lynne Hanley and her husband Ryan, the tradition of going to White Spot and dressing up as a pirate started with nothing more than childhood nostalgia and a dare.

“Me and my husband enjoy things from our childhood so we decided to dress up as pirates because we are big fans of the movie The Princess Bride,” Hanley said. Ryan took his costume inspiration from the beloved character, The Dread Pirate Roberts.

“We were in line at White Spot and I dared him to go go up and down the isles quoting the movie,” Hanley remembered. “Everyone applauded and we did it again the next year.”

Six years later, the whole Hanley family have become an annual fixture at the White Spot at 19651 Fraser Hwy., Lora-Lynne, Ryan, and their three children Nathanael, Mara, and Tatiana have made it a tradition to dress up and come for Pirate Pak Day.

White Spot has raised $780,776 in support of Zajac Ranch, sending more than 100 kids and young adults with special needs to camp since 2008.

People come far and wide, unleashing their inner child to chow down on a meal served in a cardboard pirate boat – $2 from each one sold is donated to charity.

Beverley Rose, manager at the Fraser Hwy. White Spot said 2385 pak’s were sold in total on Wednesday, Aug.14, at her restaurant alone.

“We see a lot of familiar faces. Regulars come down, even if it’s still busy – some dressed up – some just come to leave money,” Rose explained. “It’s a great community event.”

As for the Hanley’s, their yearly performance program has since expanded from the dining room floor all the way to the kitchen where songs like “The Last Saskatchewan Pirate” have delighted staff and patrons.

Their antics have gotten so well known, Hanley said the Guilford location even offered to pay the family to visit their location instead of Langley – an offer they turned down in favor of their favourite hometown eatery.

“We just want to have fun! Don’t be scared to do what’s fun,” she said.

This year’s music choice was “Captain Hook” from the Peter Pan soundtrack.

The Langley White Spot on Fraser Highway has annually raised more money on Pirate Pak Day than any other location. 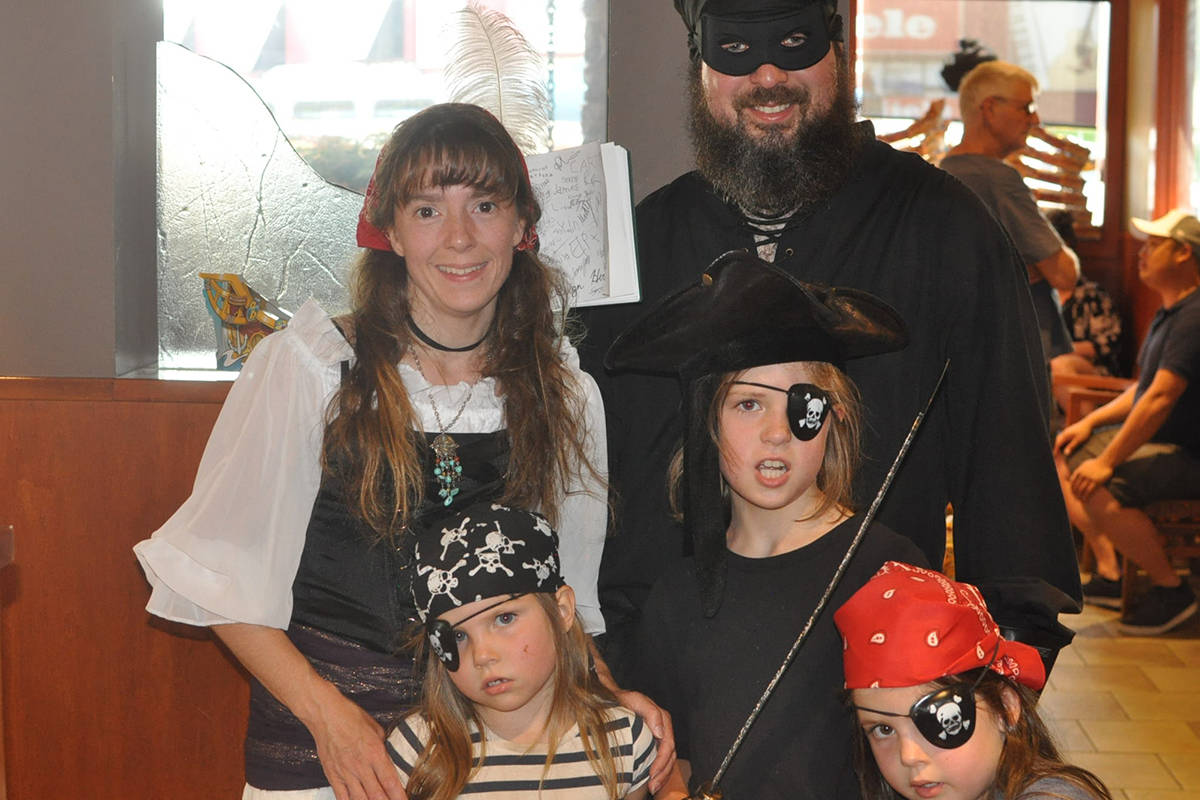