Aldergrove Business Association (ABA) put together a fantastical set-up for a free movie for families to watch under the stars together on Saturday night.

The 1984 nostalgic film The Neverending Story aired as soon as it got dark, but not before parents and their children indulged in popcorn, candy, and pizza provided by local businesses.

Some families came with wagons hauling blankets and snacks. Others convoyed on bikes and cars to the Aldergrove Athletic Park’s Harry Hunt field.

READ MORE: Movie in the park returns with The Neverending Story

Children were adorned with whimsical facepaintings of fairies, Pokemon, tigers, and more, and entertained with live music and a cuddly petting zoo before the show got underway.

ABA president Jodi Steeves handed out all sorts of free candy for the sixth annual summer movie screening, including some to her nine-year-old son, Jordan.

The event was put on in hopes of “bringing the community together while building lasting memories with the family,” Steeves said. 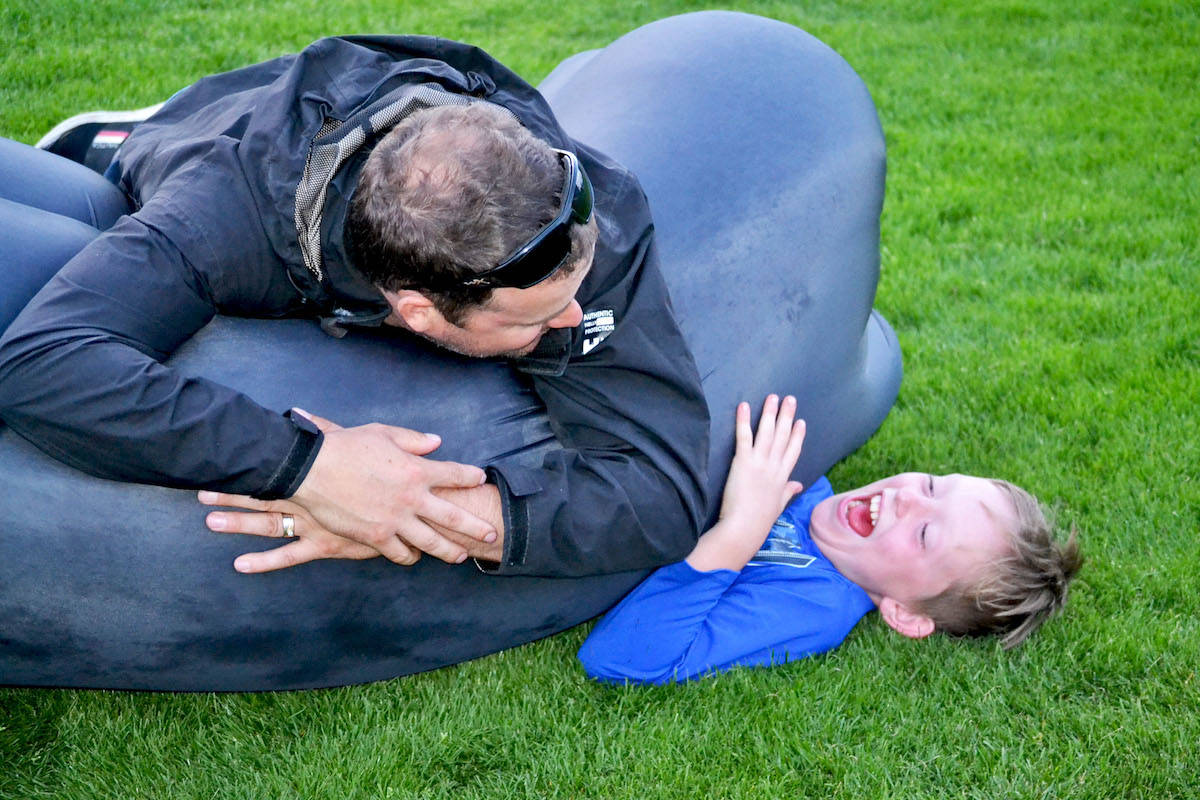 Steeves’ husband Scott Byce, and nine-year-old son Jordan (below) played with their inflatable couch before the screening. (Sarah Grochowski photo) 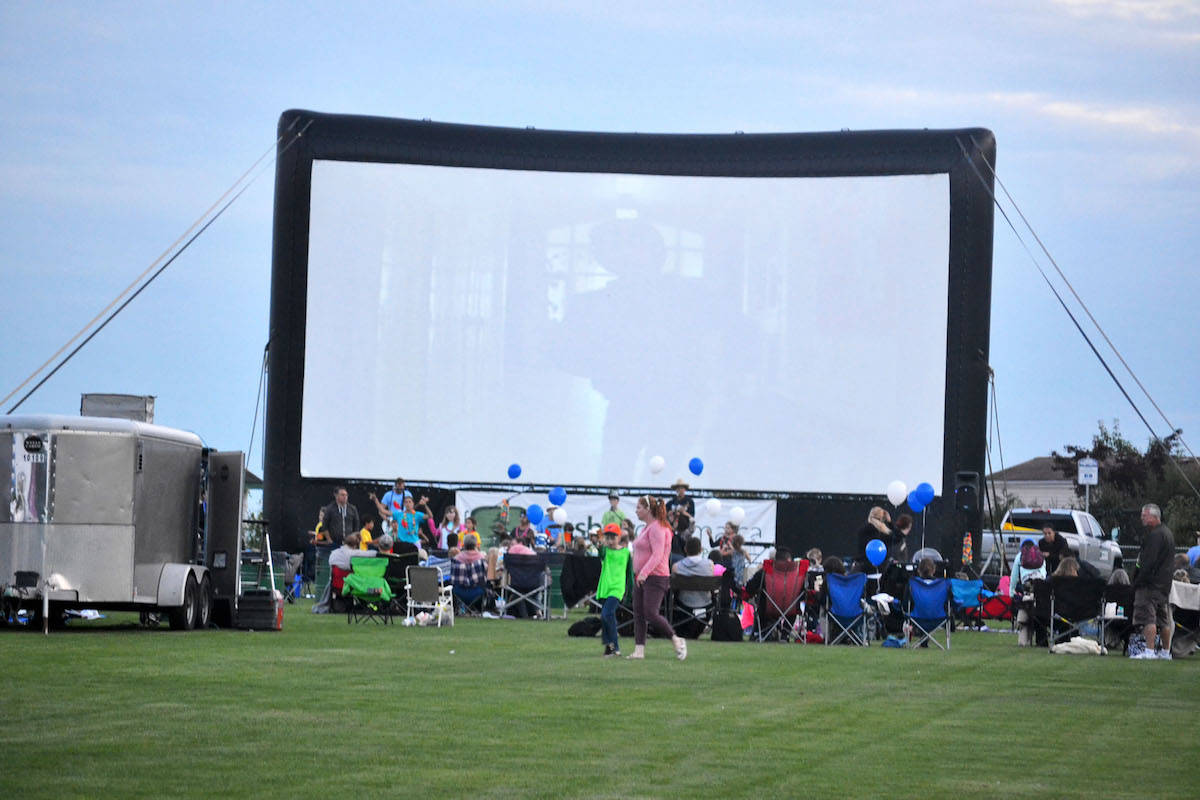 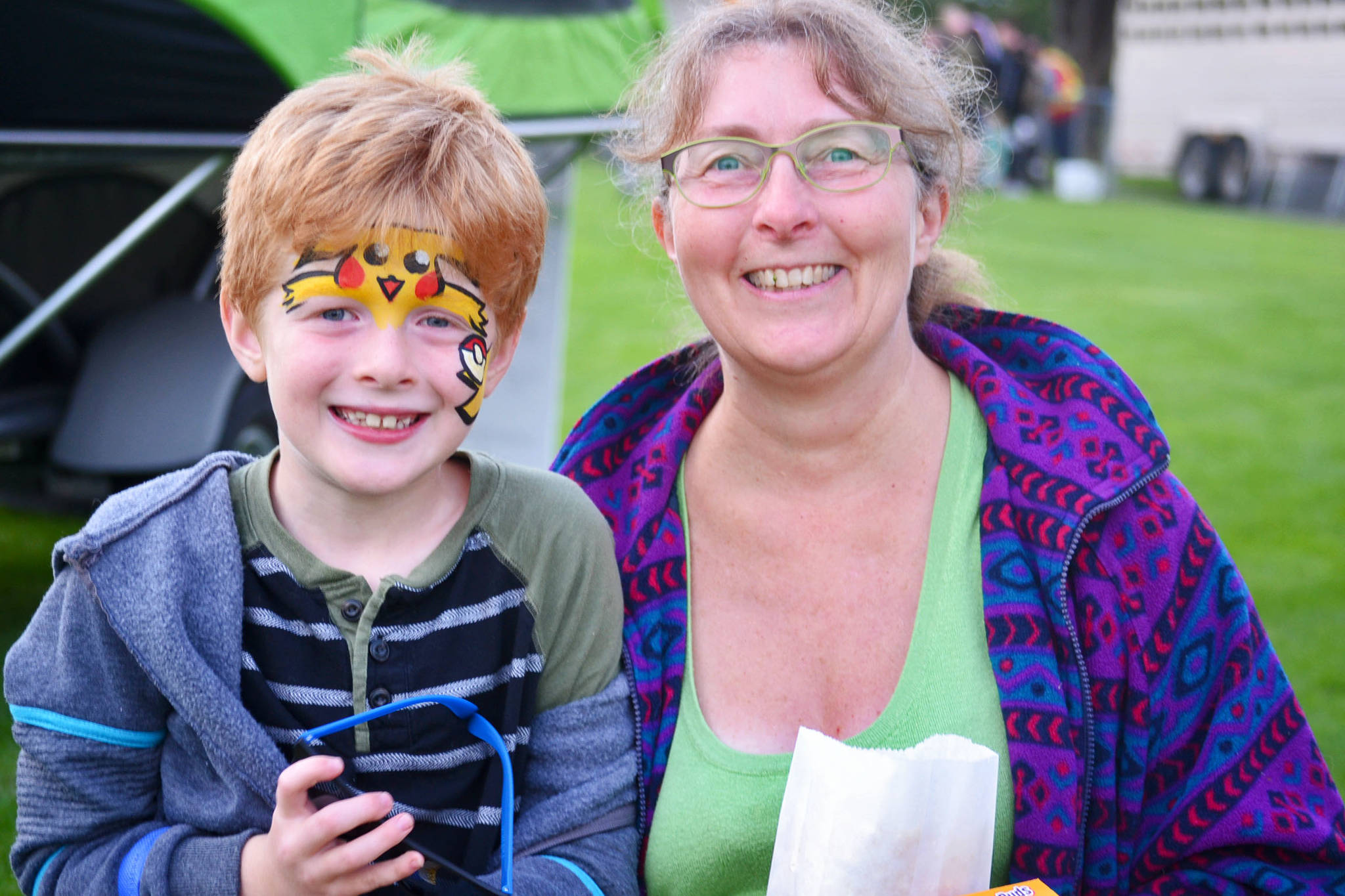 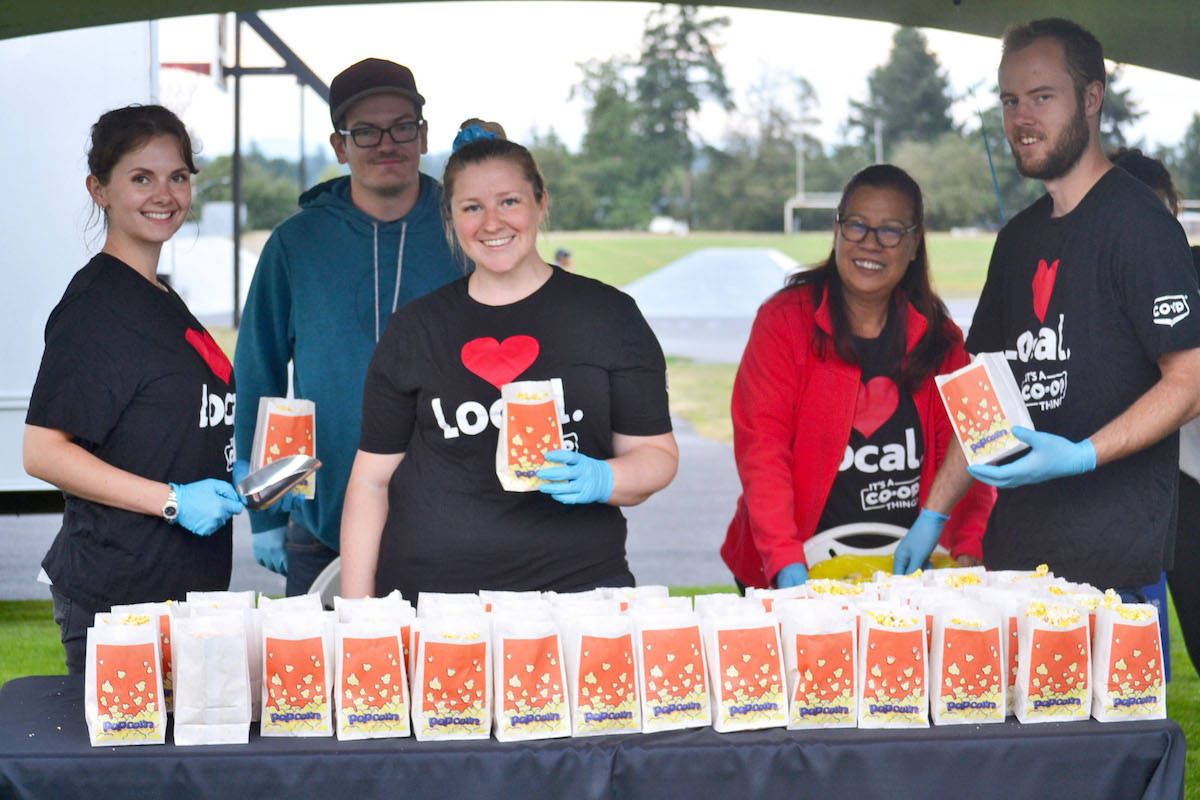 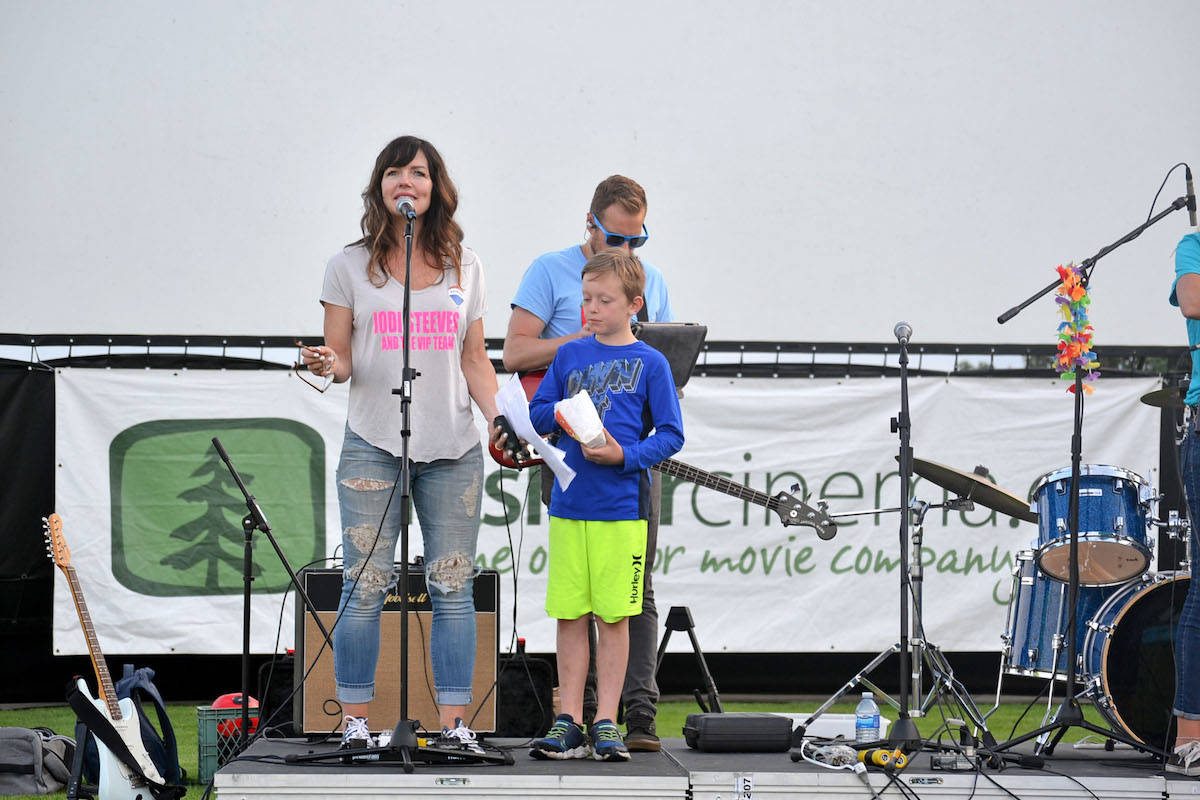 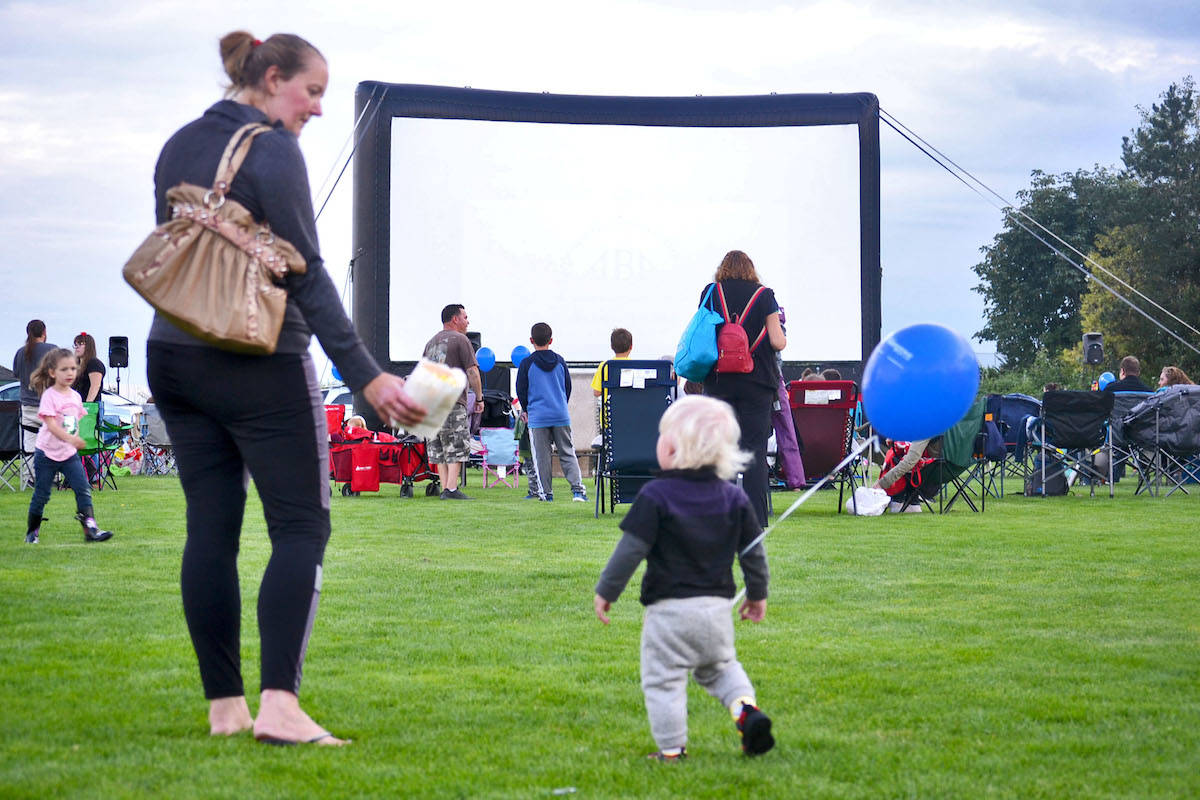 Movie in Aldergrove park returns with The Neverending Story