Fans are once again lined up outside Gabby’s Country Cabaret in Langley this week.

But it’s not to get in and hear Appaloosa, a band performing live this week.

These are TV fans, and they’re lined up to get a sneak peak at the stars of Riverdale, who were in town yesterday and today and tonight filming at the nightclub on the corner of 203rd Street and the Fraser Highway.

Langley has been a popular spot for filming for Riverdale since the early days of the show.

The teen drama is based on the Archie comics and produced by Warner Bros. and CBS Television.

Among the other Langley locations noted for filming of Riverdale, the Fort Gallery at 9048 Glover Rd. in Fort Langley is used as the Riverdale Register, a building in the 23300 block of Mavis Avenue, also in the village, was used in season two, a home in the 21100 block of 12th Avenue is used as the Blossom Mansion, the Twilight Drive-In in Aldergrove has been a film site, as has a studio on 100A Avenue in Walnut Grove, and a building in the 6700-block of 224th Street that is Blossom Thistlehouse.

In the meantime, a TV pilot for Dead Inside is being filmed up in Walnut Grove.

The Ginkym Production Services, under the direction of Michael Patrick Jann is filming until the end of the month on 196A Street.

Also filming in the northwestern region of the community is season one of the Chilling Adventures of Sabrina, being produced by WBTV Canada Production.

Filming began on Monday, and is expected to run until December.

This show is apparently a dark coming-of-age tale that follows Sabrina, as she wrestles to reconcile her dual nature as a half-witch, half-mortal while fighting evil forces.

It’s a Netflix series written by the one of the same script writer from Riverdale.

And season 3 of Supergirl is being filmed, again in the northern reaches of Langley, at a studio on 100A Avenue on and off until the end of April. 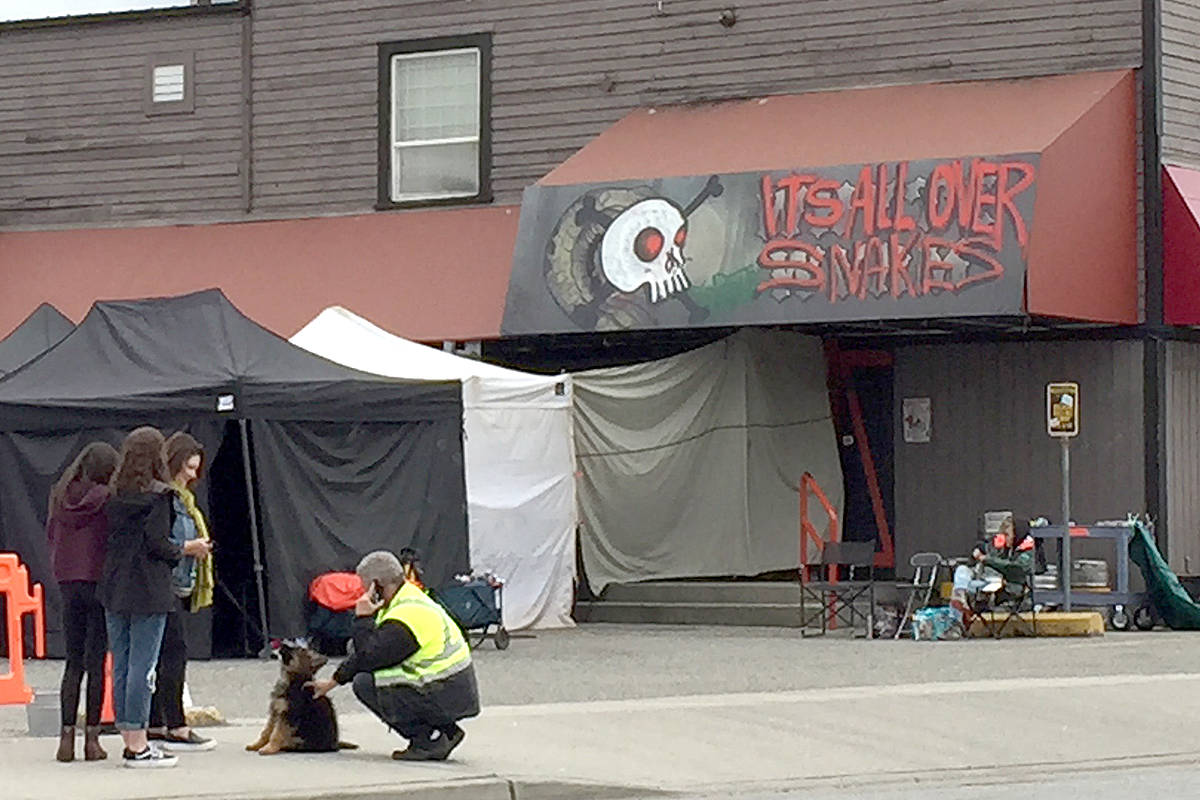 Fans are lined up along the sidewalk near Gabby’s hoping for a glimpse or visit with Riverdale stars filming there today. (Roxanne Hooper/Langley Advance)

Langley hosts its own theatre festival this summer