As a musician who was around in the heyday of vinyl, albeit as a toddler, Karen Lee Batten was giddy as she ran her fingers across the old-style massive cover of a blues album created in Muscle Shoals, Alabama – in the same studio where most of the soul classics of the 1960s and ’70s were pressed.

The excitement and anticipation were almost palatable for Batten on Sunday morning as she tore into a box of brand new vinyl records that actually bore her likeness and name.

Earlier this year, the Langley country music singer and songwriter released her latest album, Under the Covers in Muscle Shoals. It featuredher own rendition of Sweet Home Alabama, which became the first single released from the album. The album and the single were released in the traditional methods of CDs, iTunes, Amazon, Google Play, and Spotify. The album quickly went to #2 on the Billboard Charts, and in its first week it also shot up to #4 as the most downloaded country album on iTunes.

“That was pretty cool, I haven’t had that happen before,” Batten said.

But, since most of the legendary songs that came out of Fame Studios in Muscle Shoals were pressed on vinyl, Batten said it seemed only fitting she do the same.

“I wanted it on vinyl, because that’s the era of the music I recorded,” she said. “Back then, they were not cut on CD…”

After ogling the cover for what seemed like hours, then came the real excitement for Batten; touching the vinyl itself, inhaling the unique smell of the new record, then – ever so carefully – placing it on her turntable and listening to the songs, as if for the very first time.

There’s something about the quality of the sound, the surface noise, the tactile experience, and the sheer nostalgia of vinyl that motivated her to press a few thousand records, she said.

“My very first vinyl record,” she said, almost as if in disbelief. “It’s truly surreal. I’m so excited. It’s so weird.”

She’s released music before on cassettes, on CD, but she’s not anticipating she’ll ever release any of her music on 8-track.

“I’m so stocked,” she shared with the Langley Advance.

Batten’s vinyl albums won’t be available for distribution in time for her next show, which is this coming Sunday, Aug. 26 at Thunderbird Show Park. But she does anticipate releasing them with a special concert somewhere in the Lower Mainland within the next month. (Stay tuned for details).

In the meantime, the vinyl records will also be available soon by order online, including autographed editions.

What’s on tap next

Batten, who rose to fame in 2003 when making it to the top 11 finalists in season one of Canadian Idol, has gone on to release a number of albums and repeatedly been selected as the female vocalist of the year by the B.C. Country Music Association.

With the celebrity status that came with her involvement with Canadian Idol, it was a short time later that Batten was contacted by Chris Pack from Thunderbird Show Park (tbird) and asked to sing a few national anthems leading in to equestrian competitions.

Fast forward more than a decade, and she’s still singing the Canadian anthem at many of the centre’s national and international shows, including this coming Sunday’s Longines FEI World Cup.

But in addition to singing O’Canada, Batten will also be performing two sets at this weekend’s public event.

“It’s been such a great relationship for all these years,” Batten said, always drawn by the super welcoming people involved with tbird and what she describes as the stunning backdrop of the show park.

Asked if she finds the horses riding just a few hundred feet away to be distracting, Batten laughed and said no. Although, she added pensively, maybe she’s proven a bit of a distraction for the horses and riders.

“I’ve sang in the country music industry now for 20 years, and horses are not as distracting as super drunk people in a bar, lifting their shirts up or doing any other kind of crazy thing that drunk people do.”

“It’s never something I was taught, I just think it’s so beautiful… when I get on, I’m very – shall we say – cowgirl,” she said with a chuckle.

“I know how to do it, very lightly, shall we say. But I look nothing as cool as what you see at the rodeos… and I don’t know how to English ride, for me, it’s full on western,” Batten added.

At tbird, she said she just watches in awe as the world-class riders compete.

Tbird has shows going on all the time, and she’s excited to be invited back to perform several times a year, including this past Wednesday when she sang the anthem at the George and Diane Tidball Legacy Cup, where scholarship are presented.

She was back this past Sunday for the grand prix, and is now gearing up for the World Cup – where she will again sing O’Canada plus perform some of the songs from her latest album, as well as a few old favourites, and a tribute to one of her idols, Aretha Franklin (who passed away last week).

Just coming off a series of festival, fundraisers, and concert performances, much of this month has been spent performing at corporate shows and at tbird.

Then, in early September, Batten is off to Hamilton, Ont. for the Canadian Country Music Association Awards (CCMAs).

Her manager and the co-producer of her new album, Mitch Merrett, (also from Langley) is part of a new band called Black Mountain Whiskey Rebellion. They’ve been invited to perform at the industry awards evening during CCMA week, and Batten has been invited to open up for them.

“Those kinds of things, they’re so rad in my career,” she said. “They’ll be forever remembered.” 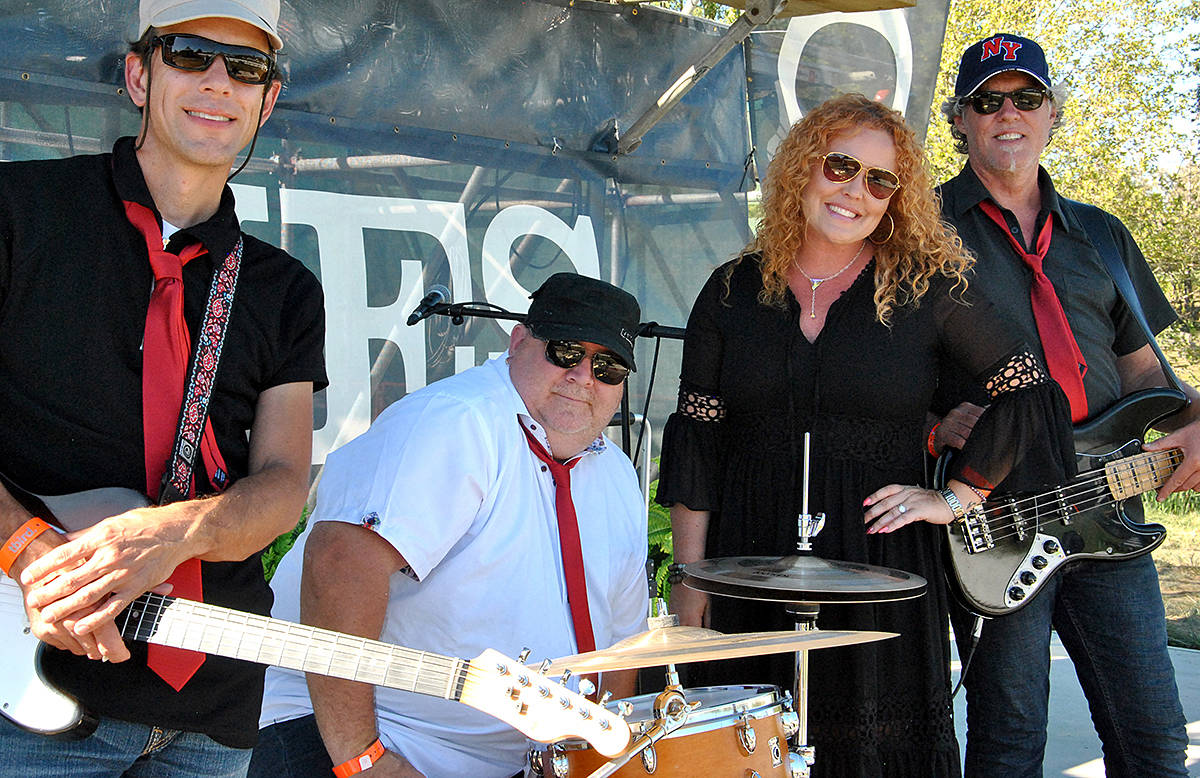 Karen Lee Batten performed at last year’s Longine FEI World Cup of Jumping competition, and will be back again on Sunday for the free public equestrian event. (Langley Advance files) 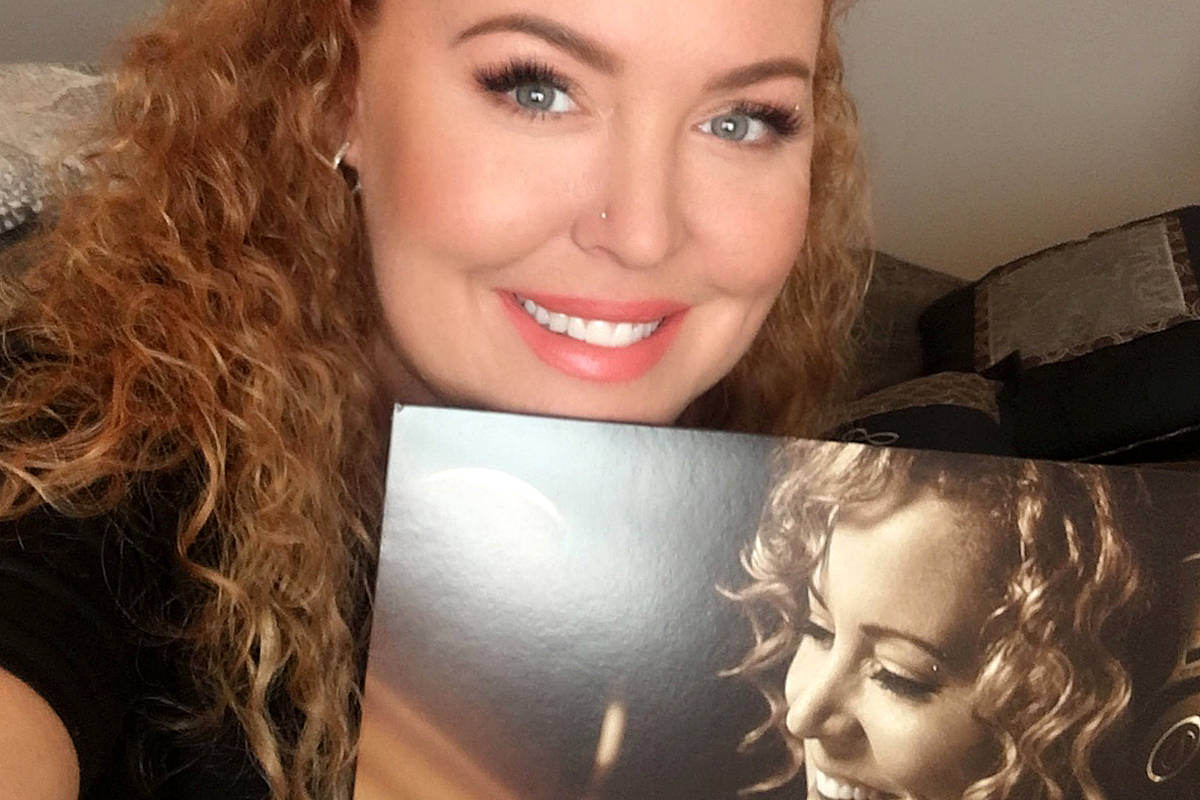 Knowing she stood where Aretha Franklin stood and performed at Fame Studios, Langley’s Karen Lee Batten said she’s saddened by the loss of her idol, but also thrilled that she was able to include two of Franklin’s songs on her album, Do Right Woman and Never Loved A Man, and said every time she sings those numbers she will be paying homage to the queen of soul. (Special to the Langley Advance)

Attendance up at Arts Alive in Langley City