Glow Gardens has proved to be one of the busiest holiday attractions this Christmas – so much so, there are no more tickets available for 2020.

But organizers at the Darvonda Nurseries light display have added an extra week in the new year to usher more traffic through the set-up.

Tickets are available for Jan. 4 to 9, 2021 at www.glowgardens.com/langley-christmas.

Recent dumps of snow haven’t switched the lights off either – organizers say the event is prepared to operate through all types of weather.

The holiday light display event had previously been held in greenhouses in Langley and other Fraser Valley communities; the event was initially supposed to take place at the Greater Vancouver Zoo, but cancellation plans were announced one day before the event was scheduled to open in mid-November.

Glow began at Langley’s Darvonda Nursery greenhouses, where founder Lawrence Jansen and his team decided to use the space, partially empty due to the season, to host a public Christmas light show in 2017.

According to the Glow Gardens website, each tour is scheduled for 15 minutes and nearly one million lights will be on displays between 5 and 10 p.m.

To meet Dr. Henry’s safety protocols, attendees must stay in their vehicle as they drive through “festive, twinkling light displays” around the Darvonda grounds.

Daryl Driegen, director of operations, said “we’re happy to be home in Langley.” 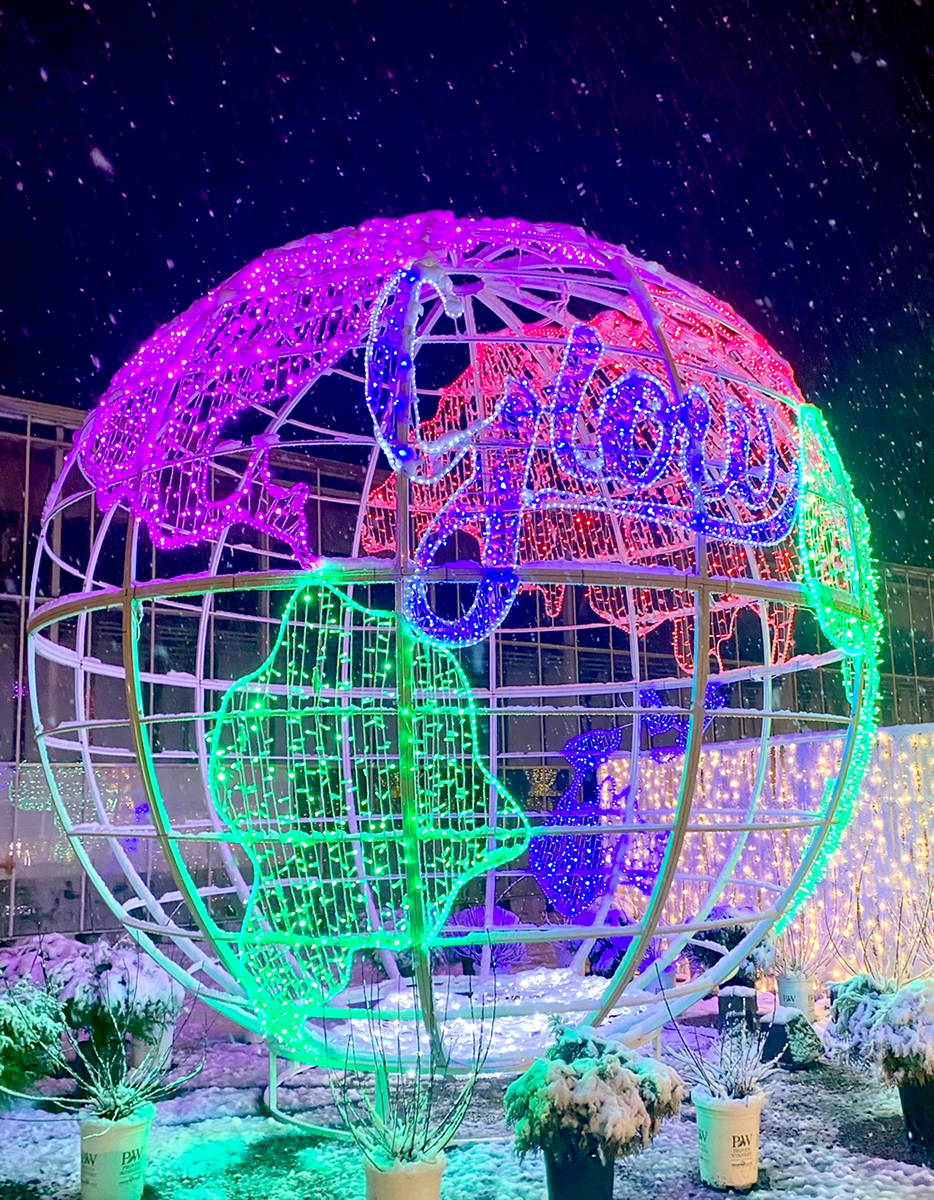 Even with a dump of snow, Glow Gardens’ original dates are sold out so another week has been added. (Lisa Farquharson/Black Press Media)

CHRISTMAS LIGHT MAP: ‘We do it for the neighbours’