Nathaniel Bertrand and Cheyenne Gurr came all the way in from Mission to have a look at a massive collection of Stars Wars memorabilia shortly before it went up for sale at Able Auctions in Langley on Saturday.

Betrand, who said he works in Langley, was under the impression the sale would be happening when he was at work, but when a friend told him it would actually be on one of his days off, the Star Wars aficionado had to see it for himself.

The collection, the property of a single, anonymous collector, filled heavy-duty shelves shelves and spilled onto countertops inside a section of the large auction warehouse at 19757 92A Ave.

And lots of old vintage toys in their original packaging

For Star Wars fans like Bertrand and Gurr, who have already seen the latest film, it was almost breath-taking.

“I have a collection,” Bertrand said, “but nothing like this.”

He hadn’t decided whether he would actually bid, but after seeing what was available, Bertrand went over to the counter to get a number.

Most of the walk-ins were knowledgeable Star Wars fans, many of whom had already seen the newest Star Wars film (Based on an unscientific survey by a Times reporter, all gave it a big thumbs-up).

READ MORE: VIDEO: The Force will be with bidders at massive Stars Wars auction

In a parking lot across the street from Able Auctions, Brandon Barbagianis from North Delta was quietly lining up a few items of his Star Wars collection of the hood of his car. His set included a life-size Bobba Fett mask.

Barbagianis, who said he needed to cash in some of his collection to replace some stolen tools, was hoping to make some money from unsuccessful bidders following the sale.

“I hope no one (at the auction house) gets upset,” he said.

Barbagianis was sure his prices would be better.

When the auction got underway, it took about three to four hours, very busy hours, to finish.

Dodd described it as a “lifetime collection of a guy who has been collecting since the first Star Wars movie came out, and he’s been a fan ever since.”

“He just decided now’s the time to let it all go.”

Confidentiality prevents Dodd from saying exactly how much the sale realized, but it appears to have been substantial.

Most of the bids were made online. 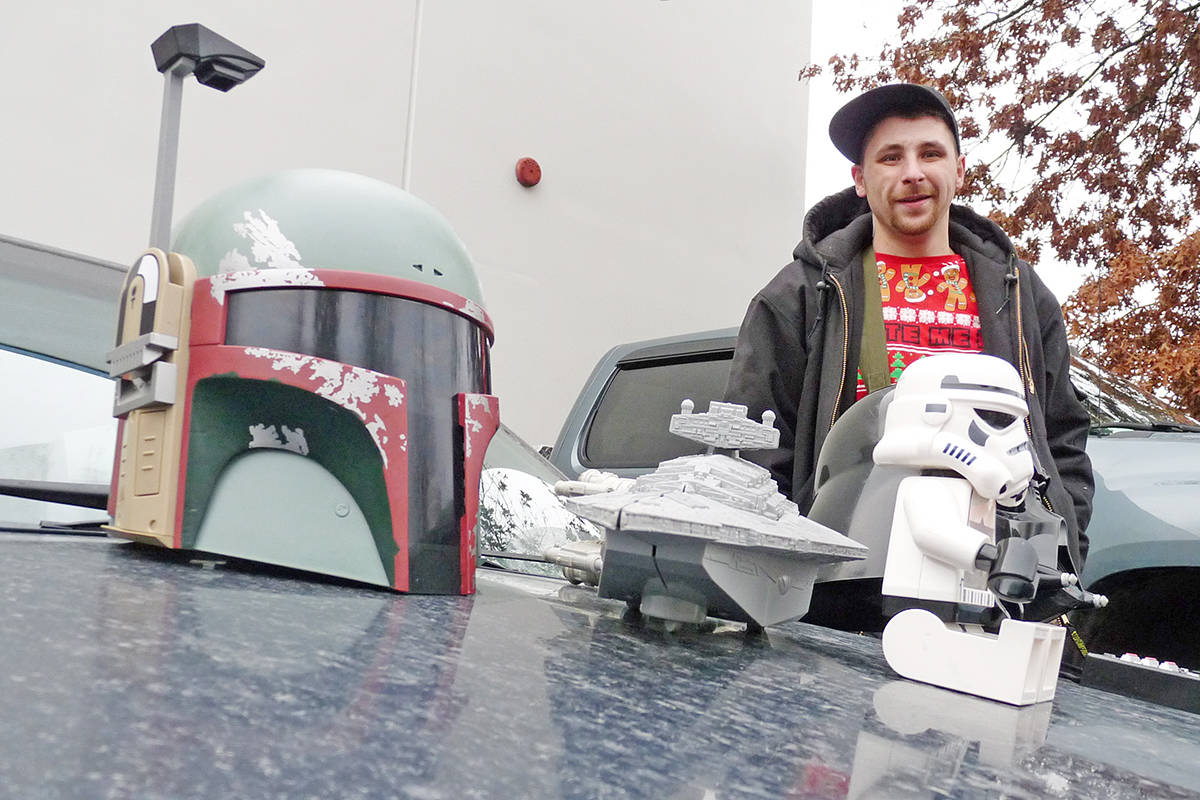 In a parking lot across the street, Brandon Barbagianis had brought some of his Star Wars collectibles, hoping disappointed bidders might look his way and help him sell off some of his personal collectibles to replace some stolen tools. Dan Ferguson Langley Times 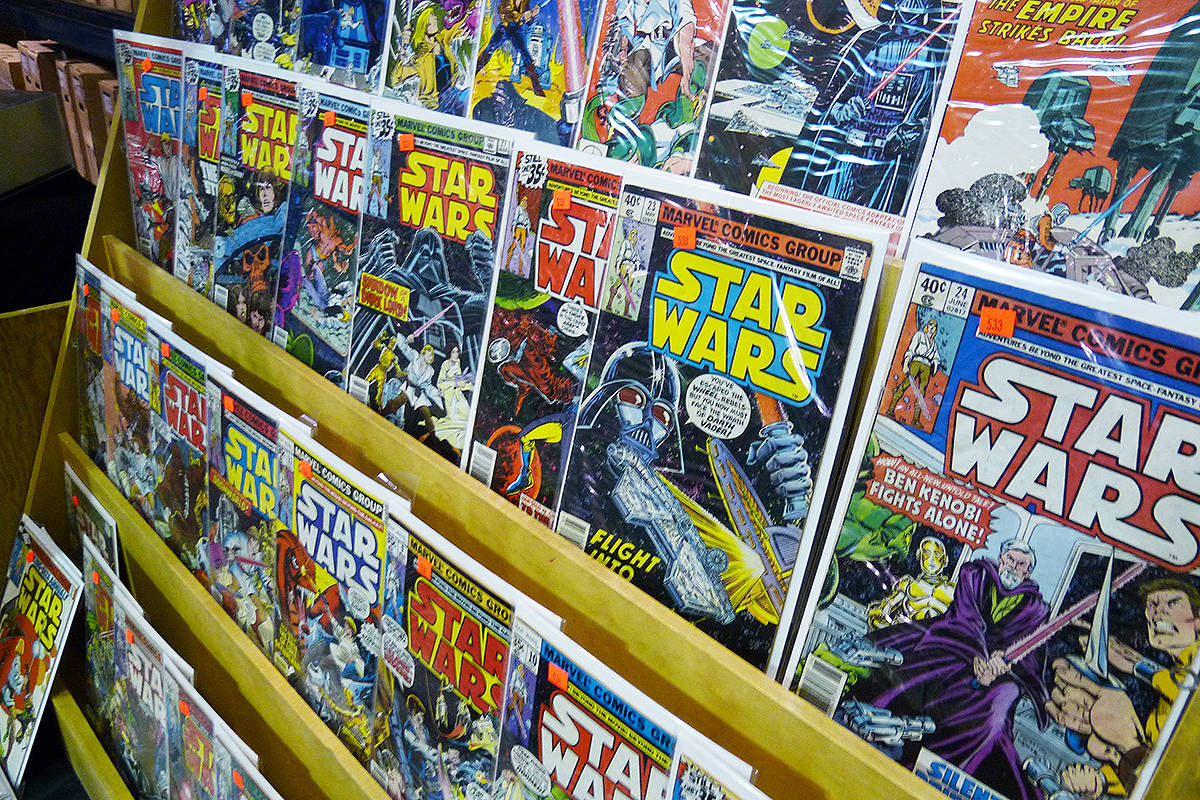 There were comics. Lots of comics. Dan Ferguson Langley Times 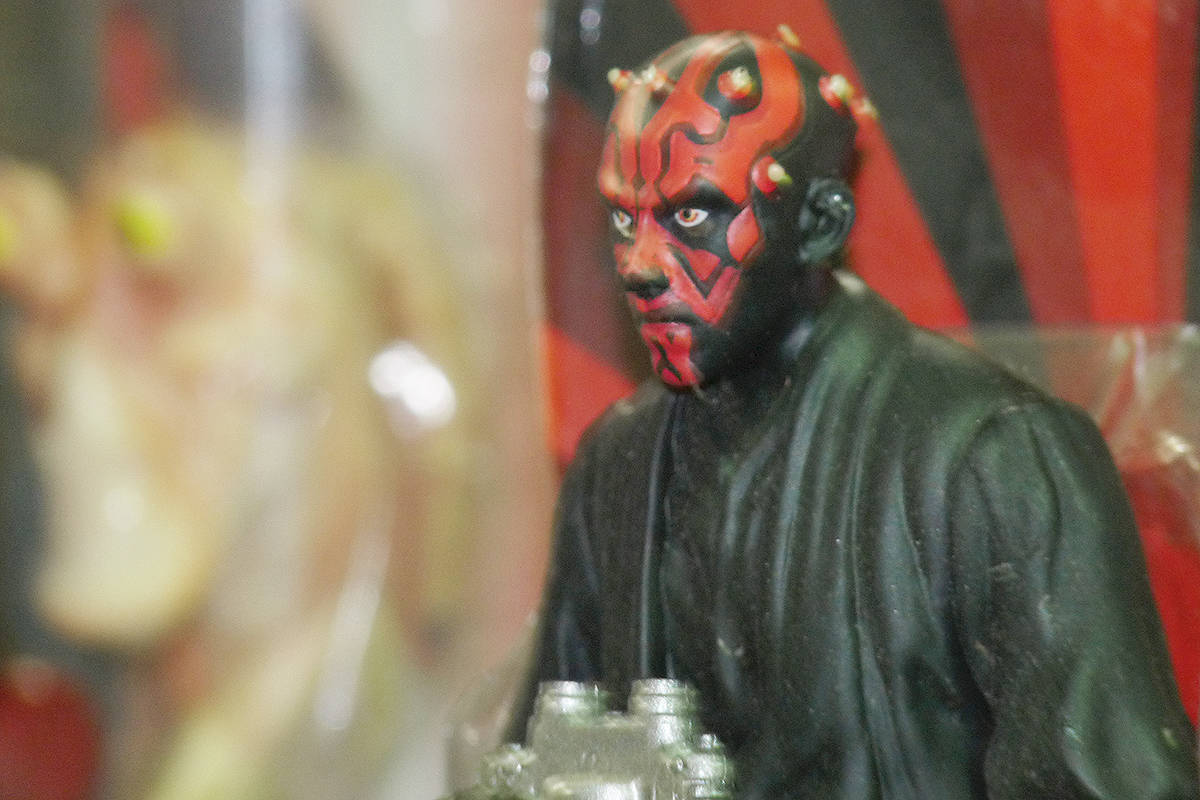 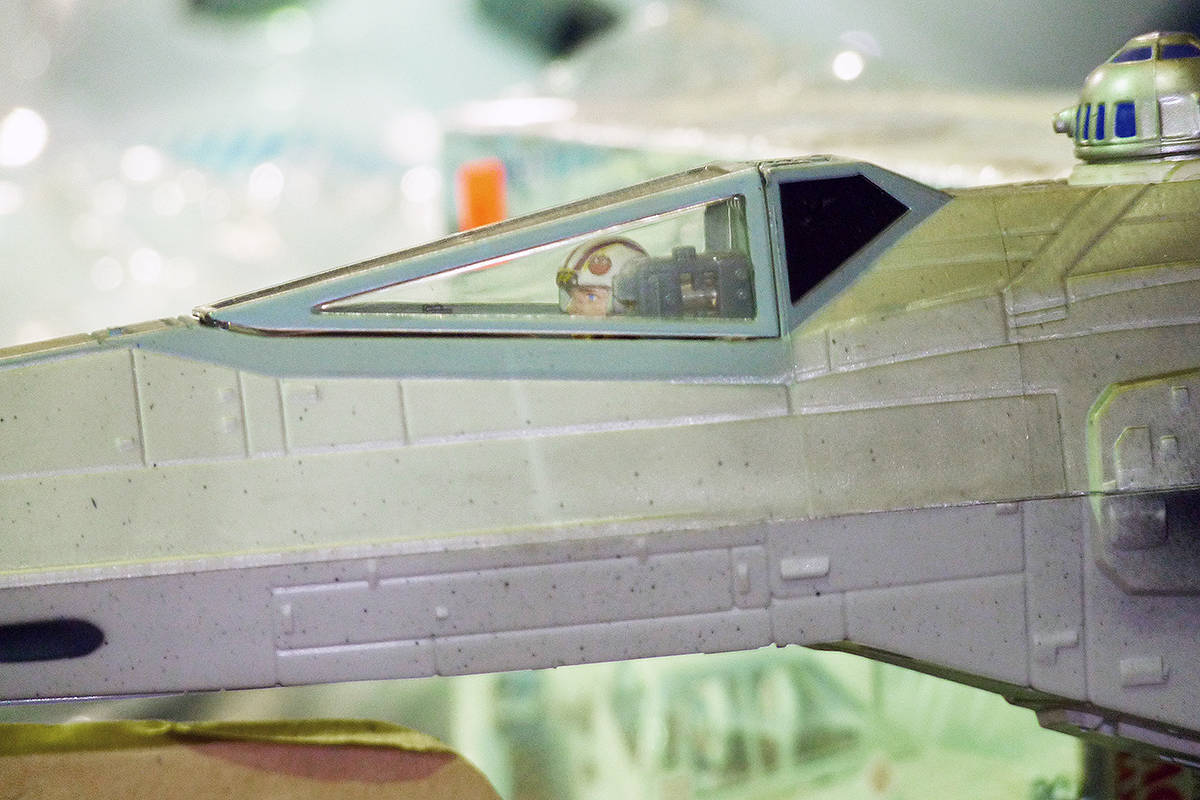