Heather Williams knows all too well from first-hand experience how life can change in an instant.

She was seemingly on top of the world as an extraordinary dancer, actress and singer at the age of 23 and working in Osaka, Japan with the inaugural crew of Universal Studios Japan when disaster struck. She was struck by a taxi while riding a bicycle and was in a coma for nine weeks. When Williams awoke, she was left with a traumatic brain injury.

The accident could have killed her. But Williams survived into a very different reality than what she had known before the incident.

That was nearly half her life ago, as Williams turns 41 in December. She has documented the two profound stages before and after the accident in her book Little Feet, named for the small feet that elegantly carried her as a dancer, but it’s also no small feat what has transpired since then for Williams to continue enduring the pain and suffering of that fateful day in 2001.

“I think differently now,” said Williams, who spent part of her years growing up in Saltair and attending the old Mount Brenton Elementary School before moving to Nanaimo and graduating from Woodlands Secondary. “For a long time, I was upset the taxi didn’t kill me.”

Mom Anne has been her rock throughout the entire ordeal.

“I think she really wants people to know a traumatic brain injury, even though she can walk and make her way, it’s a life sentence,” she indicated.

“I’m a bit of a feisty girl, I’ve always been,” added Heather, who now lives in Vancouver and comes to the Island frequently to visit her mom who’s been back living in Saltair the last eight years.

Nonetheless, it was a struggle for her to regain independence and try to find a semblance of her former self from within.

“I’m a dancer. I still feel like a dancer,” she said. “Can I dance like before? No. It’s losing your identity.”

Writing this book has been very therapeutic for Williams in many ways.

“I was always fairly good at writing in school, but, no, it wasn’t my thing,” she conceded.

“I got my mom to help me write the book. My memory was Swiss cheese.”

“She hoped people would see just because she’s walking around, it’s a horrible thing to have a brain injury,” noted Anne.

“A lot of people have asked if she has MS or she’s drunk,” Anne indicated.

Dancing has always been Heather’s thing and there was a time in her youth when nothing stood in the way of the numerous goals she set out to achieve and, in fact, attained success. These are well-documented in the early chapters of the book.

There are connections to the Cowichan Valley that mention Heather signing up for gymnastics in Duncan at the age of four. She had an accident on her bike on New Year’s Day 1983 on Seacloud Road in Saltair when she went “ass over teakettle” and wound up being rushed to the Chemainus hospital.

Ironically, the doctors were worried about a head injury and she was kept overnight for observation, emerging unscathed except for a few cuts and scrapes.

After high school, Williams went on to graduate from the Canadian College of Performing Arts. “I walked on my tippy-toes everywhere,” she laughed.

Williams was a dancer and singer with a Sixties Mania show and spent time in Utah and Nevada before landing the prestigious contract with Universal Studios Japan.

She was seven and a half months into it when the unthinkable happened in the late hours of Friday, the 13th of July, 2001, although her medical records list the date as July 14.

Williams’ two sisters and her mom headed to Japan immediately upon hearing the dreadful news about the accident that occurred when she was heading home from a karaoke bar.

“It was hell,” Anne conceded. “It was days of touch and go because she wasn’t waking up.”

Heather eventually did wake up, of course, but with a vague recollection of what happened and bits and pieces of knowledge about the life she knew before.

She had great support from her many friends, family and the large entertainment industry fraternity. Medical care was also second to none.

“The Japanese were absolutely brilliant,” Anne indicated. “They gave her the very best care.”

After her release from hospital, Heather endured a lengthy period of rehabilitation back in Canada. The book details the pain of the process and the everyday struggles that continue to the present day.

The book was released in March and is available through the usual sources like Amazon, Indigo/Chapters and others. There’s also an ebook.

Details of Heather’s foray into rehabilitation and recovery routines through her extensive knowledge of yoga, Pilates and dance plus some things to think about can be found at www.littlefeetpro.com. 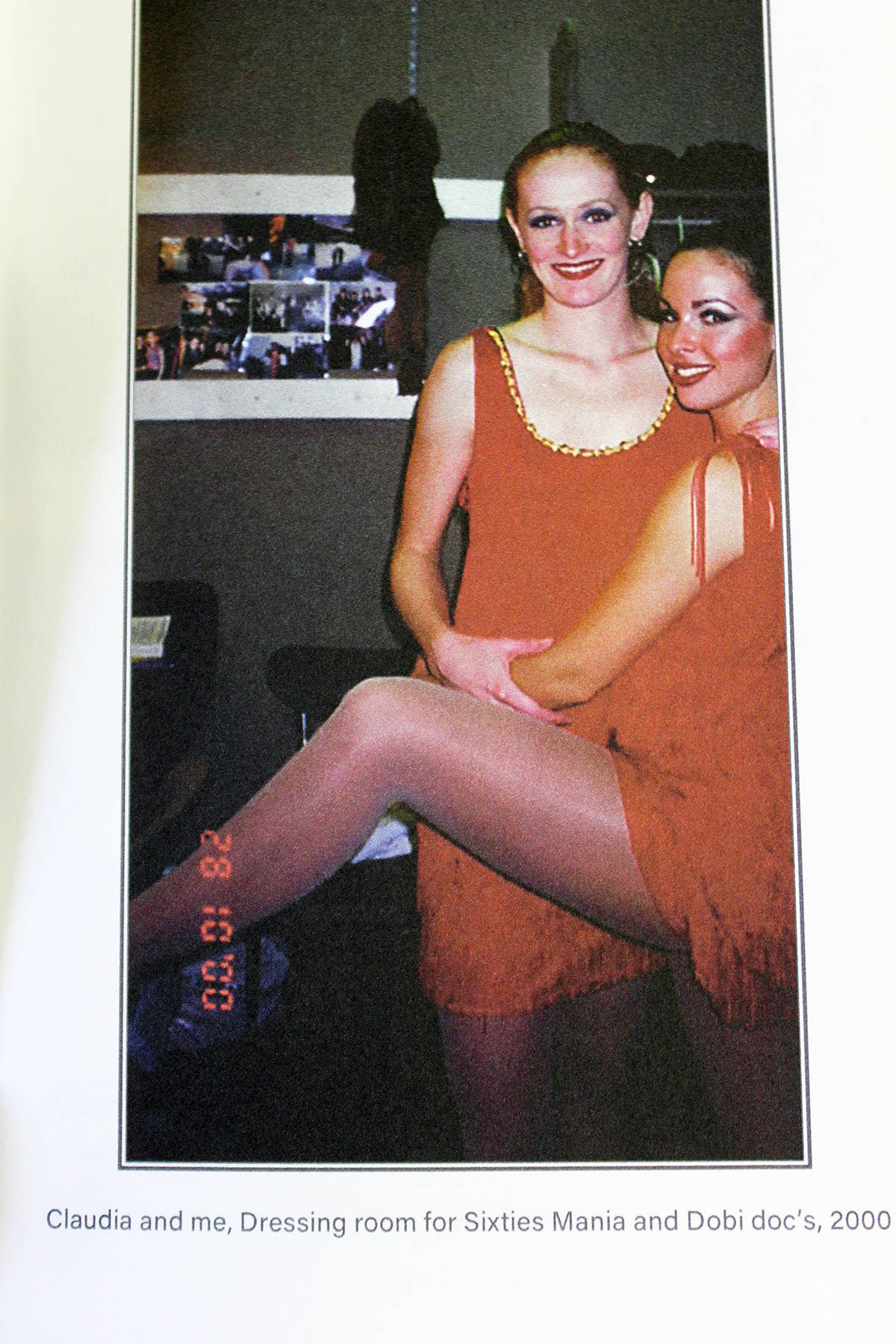 Heather Williams was a prolific dancer with Sixties Mania and other shows in 2000. (Photo by Don Bodger from Little Feet) 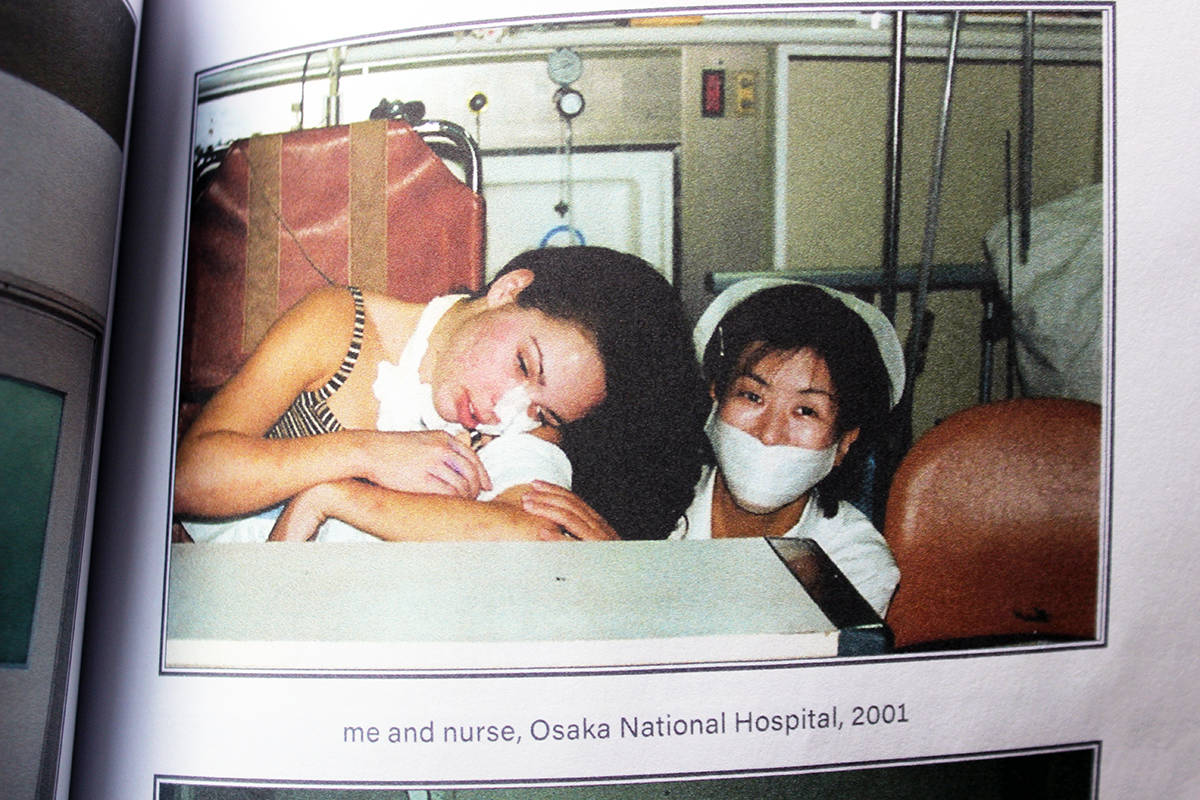 Life took quite a turn for Heather Williams in the Osaka hospital in 2001. (Photo from Little Feet by Don Bodger)