A massive Star Wars collection is up for bids this weekend in Langley.

And for the right price, one or more of these treasures can be yours.

No first time internet bidders will be approved during the auction — Able Auctions takes the time to call all first time bidders and this can’t be done while the company is auctioning.

People are welcome to come check out some of these items today (Friday, Dec. 15) from noon to 6 p.m.

“It’s a lifetime collection of a guy who has been collecting since the first Star Wars movie came out, and he’s been a fan ever since,” Able Auctions owner Jeremy Dodd said. “He just decided now’s the time to let it all go.”

The timing works with the release of the latest edition of the Star Wars franchise, Star Wars: The Last Jedi out in theatres.

Dodd is excited about the auction: “There’s all kinds of cool stuff. There’s a replica phaser that’s signed by Carrie Fisher, there’s another one that’s signed by James Earl Jones. There’s lots of really old, vintage toys all in their original packaging.”

“There’ll still be lots of people there, but it won’t be too crowded,” he added.

A huge private Star Wars collection is on the block at Able Auctions in North Langley. See story at langleytimes.com. Video by Troy Landreville #StarWars #LastJedi 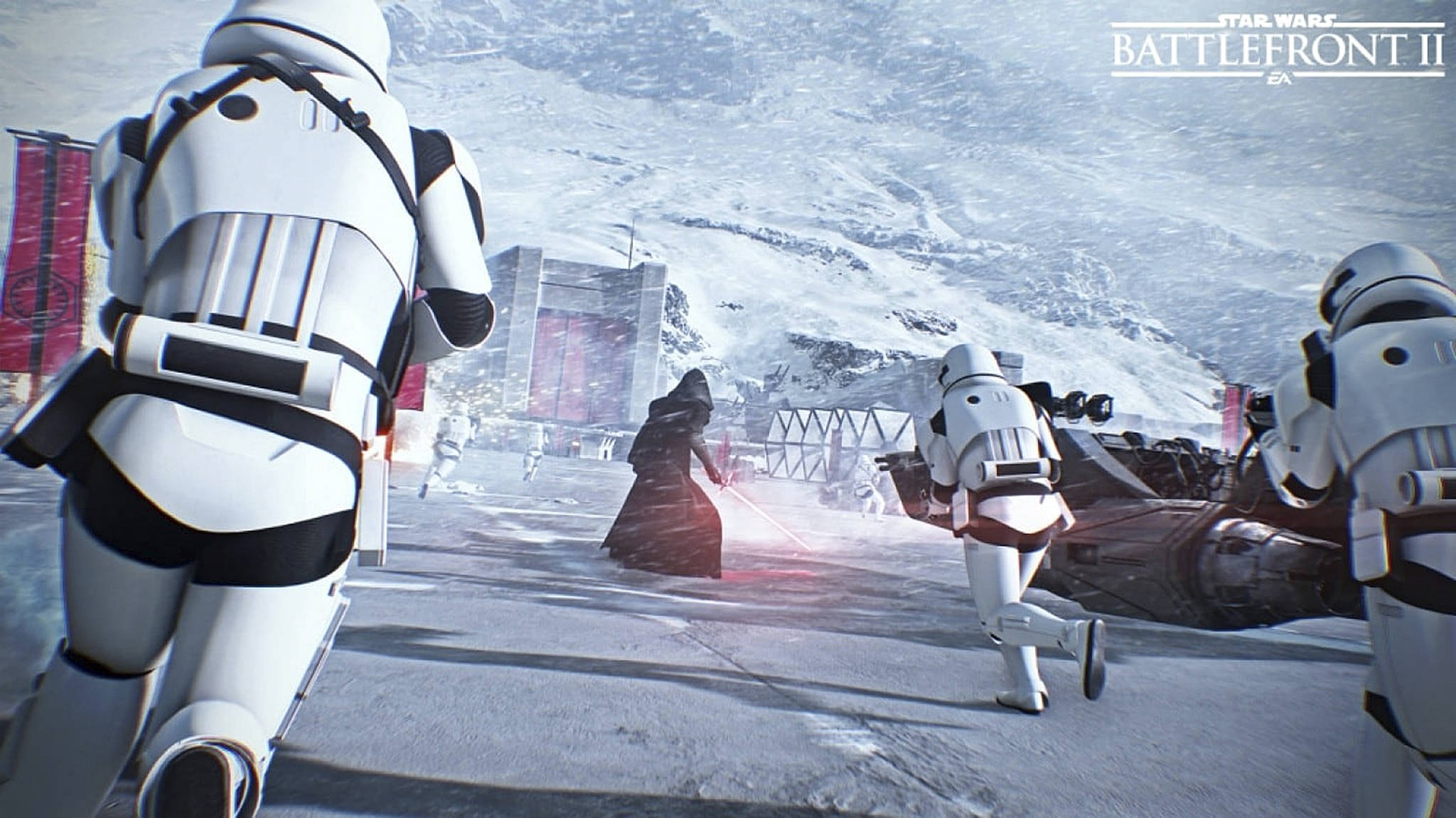 Kylo Ren and stormtroopers enter the fight in this image from “Star Wars: Battlefront II.” MUST CREDIT: EA