“There was pot; there was liquor; there was some nudity; and there was some sleeping bag love-ins,” read a May 20, 1969 review in the Vancouver Sun, detailing the get together that came to be known as “Aldergroovy” in later years.

“But nothing was as bad as the foretellers of doom had predicted,” the article stated.

The Aldergrove Beach Rock Festival – Western Canada’s first big outdoor music festival, which predated Woodstock by several months – took place from May 17 to 19, 1969 inside what is now Aldergrove Regional Park at 272nd Street and 8th Avenue.

With sunny spring weather, more than 25,000 people gathered to take in the show.

For many, the festival is a hazy memory that has for the most part fallen by the wayside; apart from the odd reflective article – little has been discussed about “Aldergroovy.”

“B.C. has a rich music history that few people know about. With these films I wanted to strike a balance between celebrating the past and shining a light on some of the lesser known stories and talents that have had a profound influence on our entertainment scene,” Pollard said.

Each four- to five-minute episode dusts off a forgotten gem of local music lore, whether it’s Vancouver’s first rock and roll DJ, Red Robinson, or an infamous punk band’s ill-fated show at Expo ‘86 that sparked a riot.

Included in the program is a snippet on the 1969 beach rock festival, compiling interviews, photos, and archival footage to piece together the proper picture on what wild times took place in the relatively quiet and conservative community.

Titled “Peace in the Valley,” music promoter Jim Allan recalls the origins of the festival and how he and a pair of disc jockeys sought to hold an outdoor show.

Pollard’s documentary quest began with her answering an open call from the Knowledge Network who were looking for history stories that shaped B.C.

Pollard pitched music history, which she said they were very receptive to.

“We wanted to focus on lesser know stories,” she explained. “We all know Brian Adams and Sarah McLachlan, but that takes the project into a whole different territory.”

Pollard stumbled upon the Aldergrove story while in production – originally filming a short on singer-songwriter Ian Tys0n, which had to be cancelled due to the musician falling ill.

“This was an opportunity to celebrate history that took place outside of Vancouver,” the documentarian said. “I didn’t know this festival existed and it was a really fun story to tell.”

She acknowledged that the rather unknown story took some digging, but that aspect is what creates the joy of documentary filmmaking.

“You just go down this rabbit hole,” Pollard said, recounting several chance interviews and lucky breaks when it came to finding festival collectibles and photos attendees had stashed in storage films.

“I would love to give a shout out to Rob Frith from Neptoon Records for sharing his collection of posters and handbills,” Pollard noted.

“Vladimir Keremidschieff was also a photographer for some of the local newspapers of the day,” she explained. “The black and white photos featured in the story he took on his own time and insists he doesn’t remember a thing about the three day event. He now resides in Austrailia and I was lucky to track him down.”

Seeds of Time drummer Rocket Norton also joined in with the musician’s perspective with Pollard, sharing memories of the unique sound and changing times he had bore witness to.

The interviewees said the RCMP were supportive in the effort, despite a major discrepancy in ideologies and lifestyles.

Though people were coming up through the U.S. border in droves, Pollard said the biggest issue that arose during the three-day event was when people started getting naked and swimming in a man-made lake.

RCMP insisted they put their clothes back on or the else the event would be stopped.

“It was such a positive event at the cusp before things got a little crazy,” Pollard said. “It was right before there were all these social movements. There was an innocence to it and not quit psychedelic yet.”

She came to Aldergrove for research and take a look at the event site; Pollard found a road she saw in an old picture from the festival that still looks exactly the same.

“Aldergrove is not known to be a hotbed for counterculture and it’s interesting that the festival didn’t take place somewhere more obvious like Stanley Park or 4th Avenue where this was happening,” she noted.

Ultimately, Pollard felt the people of Aldergrove should be proud that the festival happened here and take ownership over the unique history.

“It was a festival that was peaceful, colourful, and successful,” she said.

The documentary shorts also capture the little-known tale of how the founder of New Age music performed a concert for a grieving killer whale, a profile of all-girl punk pioneers the Dishrags, a tip of the hat to jazz legend Fraser MacPherson, and magical history tours of the Railway Club, the Penthouse, the Cave, and Little Mountain recording studio.

Pollard’s previous work includes the feature-length documentary “For Dear Life,” which was nominated for best Canadian documentary at the 2017 DOXA Documentary Film Festival.

She is the founder of Diving Bell Films.

Individual shorts from Dancehalls, Deejays & Distortion premiered in the Spring at DOXA and have since been playing online festivals. 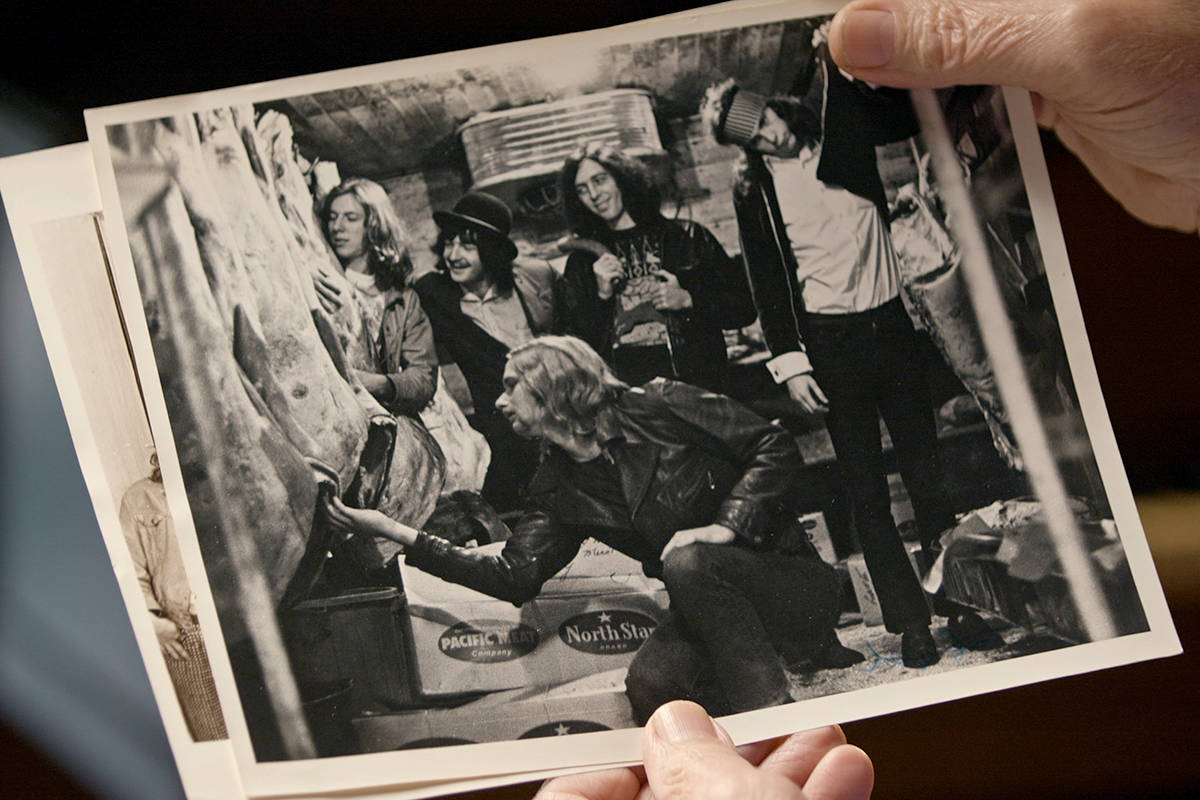 Parents are asked to continue to send their kids to school

Pandemic stress, isolation key factors as to why Canadians turned to cannabis, alcohol