It’s a three-hour commute for Jesse Jacobson, lead singer of Where We Wander, to reach the basement studio where he and his bandmates practice together in Aldergrove.

Each weekend Jacobson makes the trek west from Kelowna where he lives, through the mountainscape, which inspired the lyrics of their newly released song, “A1,” on Feb. 1.

“It’s worth the drive because when we get into that room and play” the frontman said the group emerges better musicians and better friends.

“What I like about this band is we’ve been together for so long that it feels like family,” he said.

The group – lead guitarist Nick Waterman, drummer Biz Antonishka, and bassist Kodi Lee met Jacobson at a birthday party over a decade ago.

The Aldergrove teens, after meeting, instantly took to jamming – “And the rest is history,” Jacobson said. For the past two years the band has amped up gravely rock ‘n’ roll melodies with new-age and acoustic mixings.

Production of the song was funded by ticket sales from over 50 concerts throughout the Lower Mainland, Kelowna, and downtown Vancouver over the past two years.

“In that way we are virtually crowd-funded,” Jacobson esteemed.

Guitarist Nick Waterman, from Aldergrove, said the band’s newest release, “A1,” has an indescribable energy that can only be felt.

“We believe that music can change lives in many positive ways and being able to create our own as a living [with it] would be a dream come true for all of us,” he added.

Vying for a top spot on CBC Searchlight

The band’s latest venture is hopefully to the top of CBC Searchlight’s annual hunt for the best undiscovered music in Canada.

The competition launched this month and the local band is looking to stand out among hundreds of bands from territories all over Canada.

Where We Wander’s single “Penelope” was approved for the contest. Its music video was filmed during their gig at Aldergrove Fair Days in July when the band opened up for iconic rock legend Loverboy.

The song is a self-proclaimed call for listeners to “do what they want,” Jacobson told the Aldergrove Star. Other song inspirations for the lyricist reach far and wide, including themes of romance and political uproar.

At times even a guitar riff, drum beat or other musical creation can influence a song and its end result, Jacobson added.

The band has opened up concerts for old-school Canadian rockers Chilliwack and 54-40 in past years at the fair.

What makes live shows truly worthwhile for Where We Wander is their dedicated support network of friends, both in Aldergrove and in Kelowna, Jacobson emphasized.

“We get swarmed with attention and thank-yous after every show,” he explained. Most shows downtown require for their group of friends a limo-convoy and intimate after party.

Jacobson admits to even dropping off tickets to friends and family before shows.

And in turn, they call into local radio stations such as CBC and ask that producers play Where We Wander. As well, they celebrate the band’s every victory in their bid for success in the music industry.

This year, CBC Searchlight partnered with the Juno Awards. Prizes include a spot in the Allan Slaight Juno Master Class, which is Canada’s premier talent development program in Toronto.

The winner will also get a week in-studio at the Calgary National Music Centre and a performance at this year’s CBC Music Festival.

By Feb. 27, the top 10 CBC Searchlight finalists will be announced, with a winner declared March 5.

You can vote for your favourite competitors, including Where We Wander, at CBCMusic.ca. 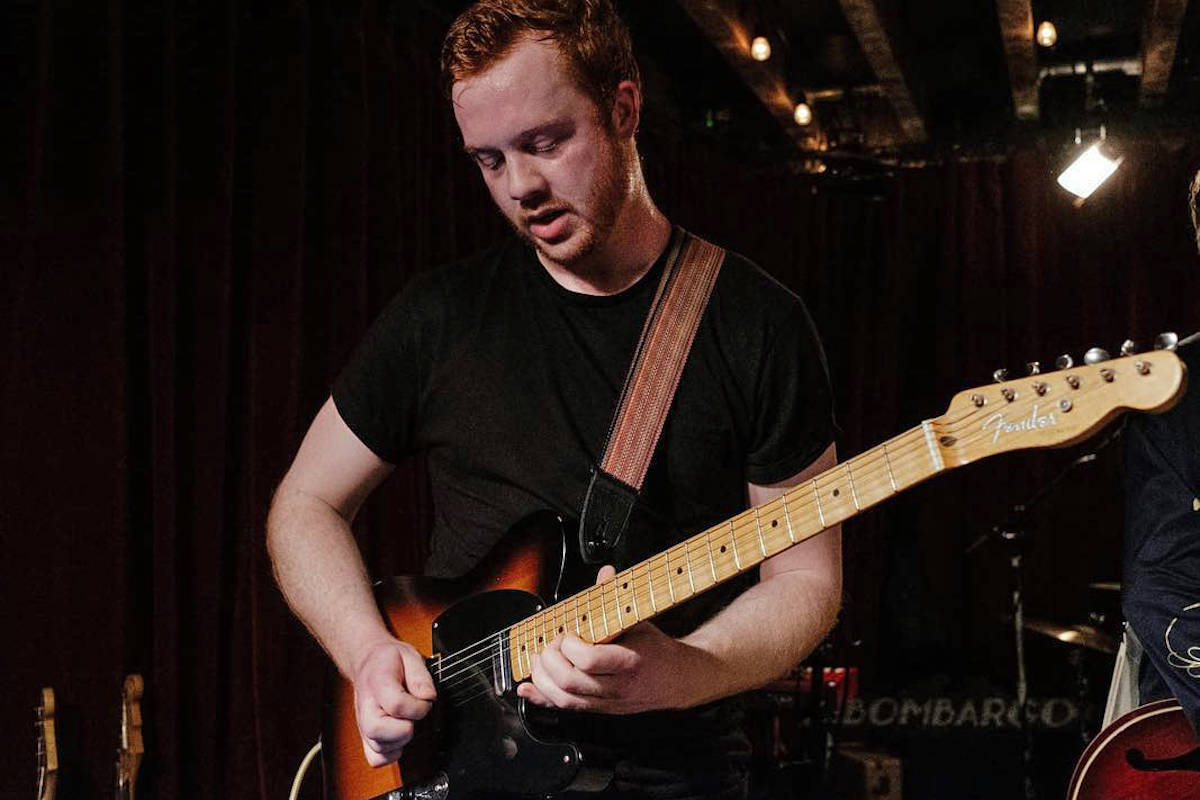 Guitarist for Where We Wander, Nick Waterman, of Aldergrove, hopes the band climbs to success within the ever-changing music industry. (Submitted photo)