Shuttered once again by COVID restrictions, Theatre in the Country (TIC) is livestreaming its Christmas production.

Five actors from Langley have taken to the stage, and consequently the screen, to offer up a fully produced and livestreamed production of O’Henry’s famous short story – The Gift of the Magi – said TIC’s artistic director Reg Parks.

“As for everyone, COVID has been pretty rough on theatre. We are no exception. We had our Christmas show almost ready when the new orders came in and we had to change our plans significantly,” he explained.

Wouldn’t you know, this is the show where we have more Langley based artists than ever before,” Parks added.

Langley residents Robbie Burns, Maurice Kimball, Lauren Trotzuk, and Cassie Unger are the performers in this socially distant performance of this romantic Christmas tale that started Friday and will include two more showings next weekend.

Also from Langley is Allan Thorpe, music professor at TWU, who accompanies the show live on the keyboard.

This is the first TIC show for Burns and Trotzuk.

This musical production has been “beautifully re-imagined” by Canada’s own renowned composer and writer, Leslie Arden, said Parks.

The story of The Gift of the Magi concerns James and Della Valentine, a young couple who, despite their poverty, individually resolve to give each other an elegant gift on Christmas Eve. The price they pay and the example of love they offer is truly a story of Christmas love.

“The pandemic has devastated theatres around the world, Parks elaborated.

“From reduced crowd sizes to being completely shut down the impact on the art of drama has been brutal; however, it is hard to keep theatre artists down for long.”

From April to August, Theatre in the Country presented 21 shows online through Zoom.

In September, they cautiously re-opened at 25-per-cent capacity, masked performers and a new set of health and welfare protocols.

During the fall they were able to mount three fully produced stage shows, Last 5 Years, Sleuth, and Billy Bishop Goes to War.

Their Sleuth production lost it’s opening weekend when Parks, one of the lead actors in the show, experienced cold-like symptoms and had to wait for a COVID test results – it turned out to be negative.

Then, the make-up shows were cancelled the day before they were to go up, as the newest health orders were announced.

Rehearsals for The Gift of the Magi were already well under way, and the choice was made to take the show online, Parks explained.

Even then the show had to be trimmed back, so that all rehearsals and performances would adhere to new guidelines.

“In a heartbreaking choice the two youngest cast members had to be asked to not be in the show, so the rules could be followed. It was agonizing,” he explained.

With the shortened format of the show, the cast and crew got together to create seven pre-show pieces that will “delight” audiences before the main play begins, Parks said, noting the pre-show includes songs, readings, ballet, recitations, a bassoon and piano duet, and a pre-recorded elf sketch starring the two young girls who had to bow out of the main show.

“The journey of theatre in the time of COVID has been full of abrupt twists and turns, but the dedication of artists and the determination of the crews and workers has made finding a way to make theatre happen possible,” said the impressed artistic director.

“Theatre in the Country could not be more proud of our vast group of volunteer performers and technicians who have made this year one of the most creative and inspiring on record.” 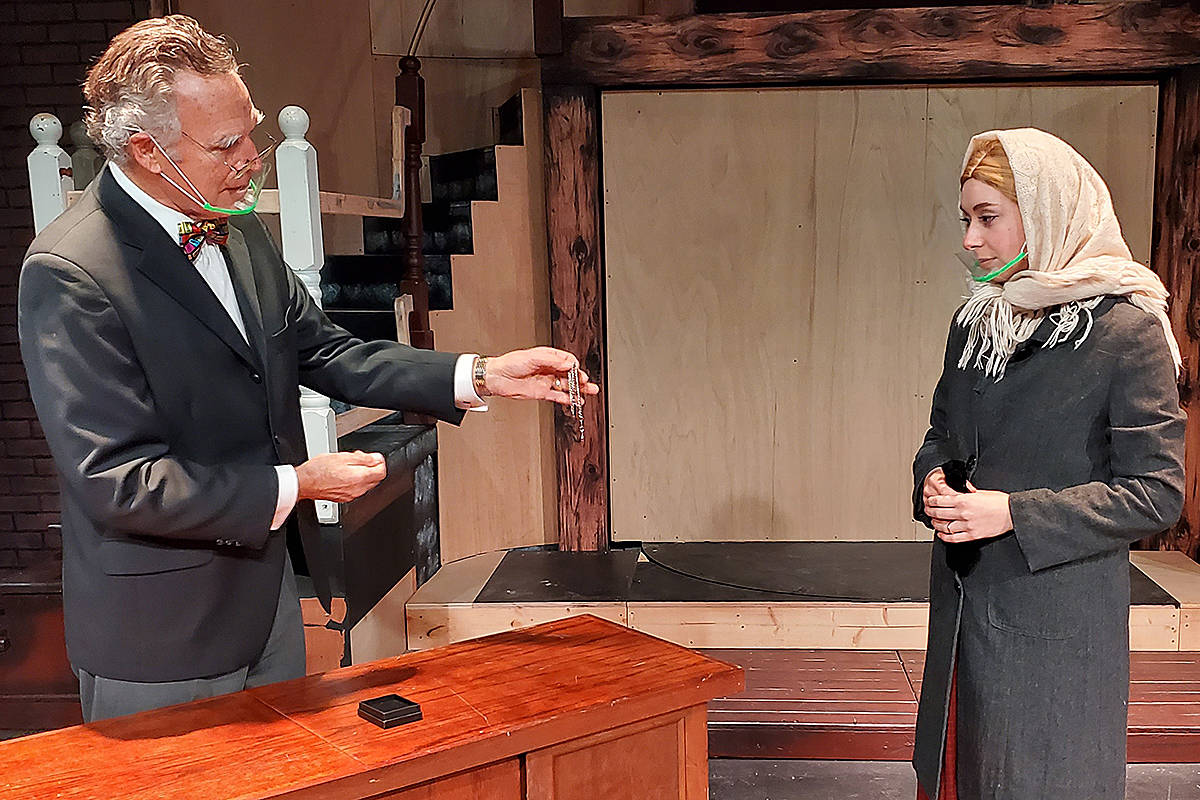 Langley’s Robbie Burns and Cassie Unger star in Theatre in the Country’s Christmas production, The Gift of the Magi, that is being livestreamed this weekend and next. (Special to Langley Advance Times) 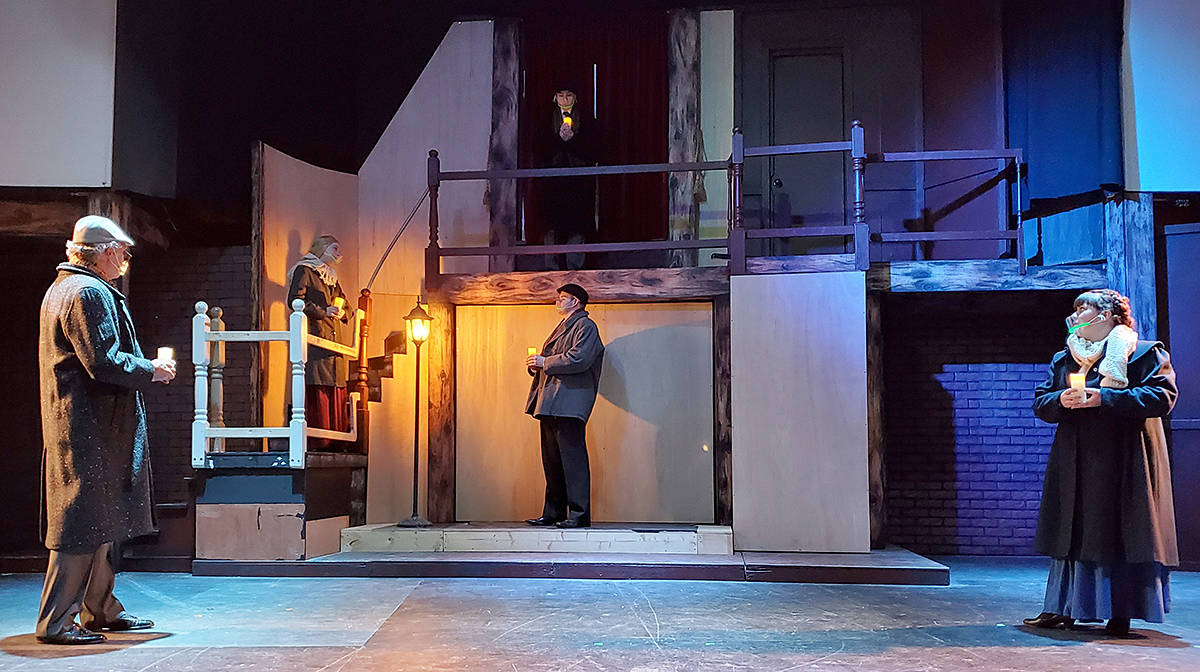 Langley’s Robbie Burns, Cassie Unger, Maurice Kimball (upstairs), and Lauren Trotzuk star in Theatre in the Country’s Christmas production of The Gift of the Magi, that is being livestreamed this weekend and next. (Special to Langley Advance Times)

CHRISTMAS LIGHT MAP: Aldergrove principal goes all out for the holidays