Some may call it a musical miracle or perhaps the sun is just a really big jazz fan – but just as the horns and clarinets started bopping, the clouds broke up and lit up Fort Langley with bright, welcoming skies.

The 2nd annual Fort Langley Jazz and Arts Festival officially kicked off Saturday morning with a Mardi Gras stroll through the streets.

Organizer Dave Quinn led the RazzMaJazz band around the Fort Langley Farmer’s Market outside St. Andrew’s Chapel and down to the Community Hall where the bulk of the festival’s concerts will taking place.

Steve Toren, a RazzMaJazz band member lugging a massive tuba through the streets, said the stroll marked a great start for festivities to come.

“It’s a Dixieland and New Orleans tradition to start a festival like this so that’s why we are parading down from the market and leading people down to the Community Hall.”

A few followers joined the band with twirling umbrellas, feather boas, and Jazz festival t-shirts as they strolled around belting out big brass beats.

Township Councillor Petrina Arnason was decked out in Mardi Gras fashion, completely covered in bright colours and swaying to the music as the band bopped along.

“It’s a great idea,” Arnason said. “It’s a wonderful opportunity to bring us together and get people to notice the market. Music in general just lifts spirits.”

After the noisy stroll through the streets, the Jazz and Arts Festival officially opened – welcoming fifty-seven acts to a variety of pop-up stages inside restaurants, theatres and even outside around the village.

Beyond three ticketed events, the rest of the musical acts and even art walks and exhibits will be open to the public for free all weekend long. www.FortLangleyJazzFest.com. 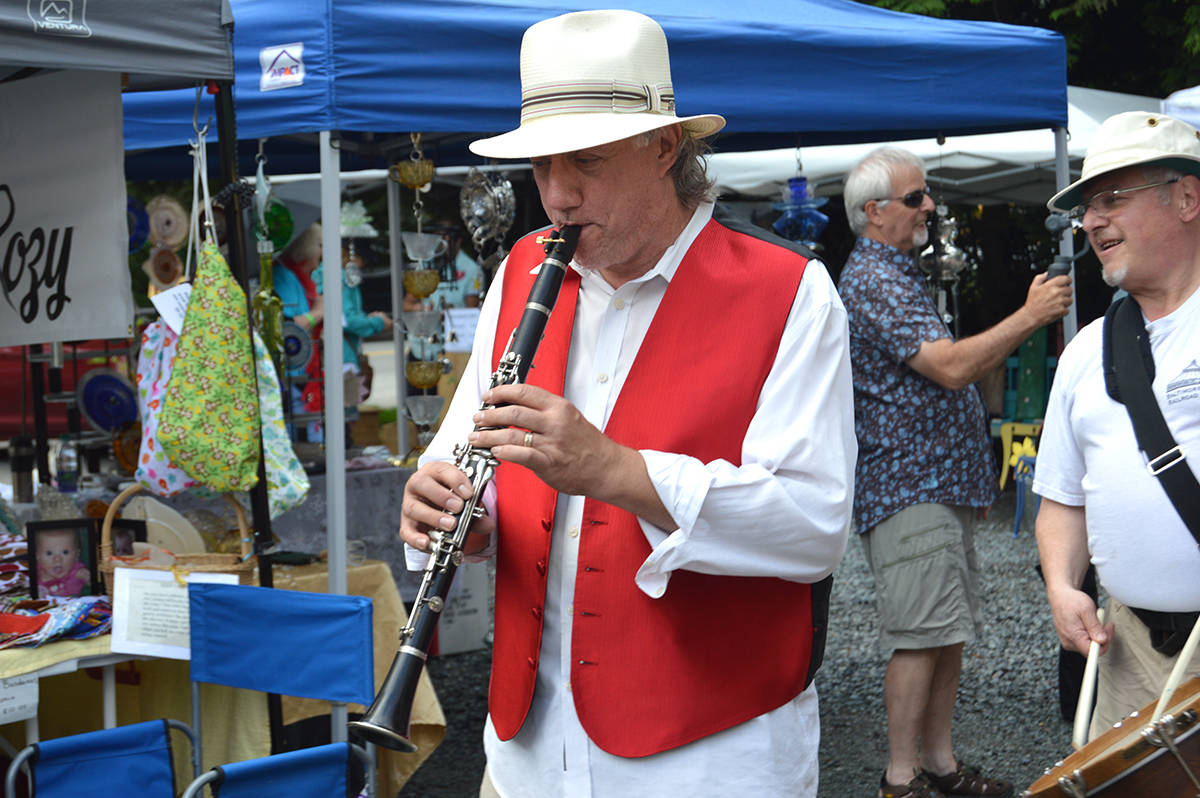 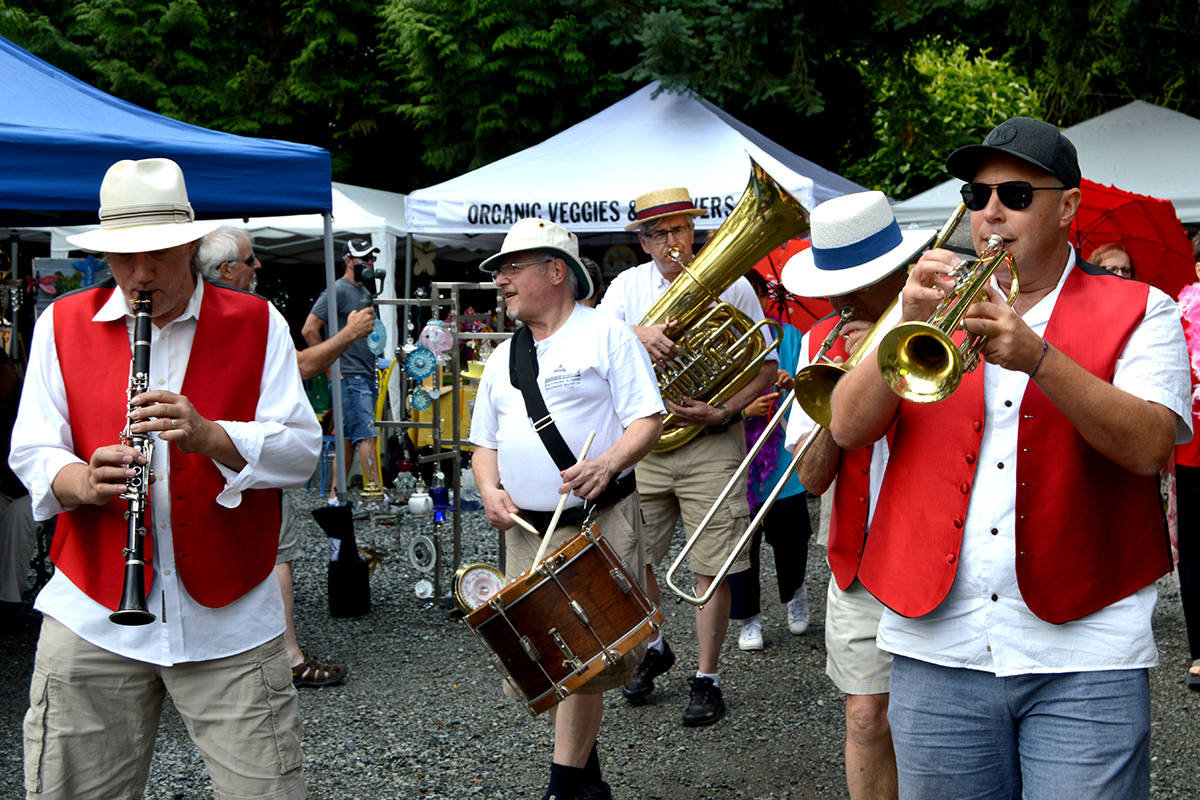 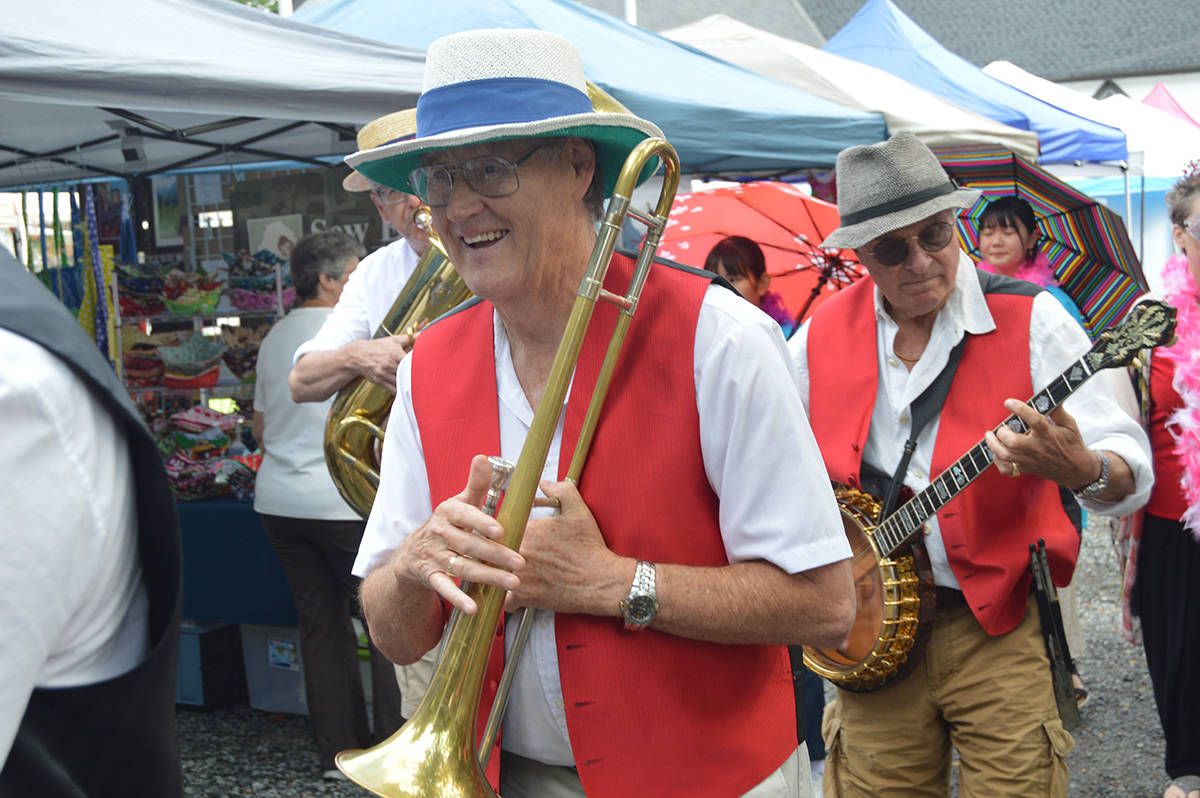 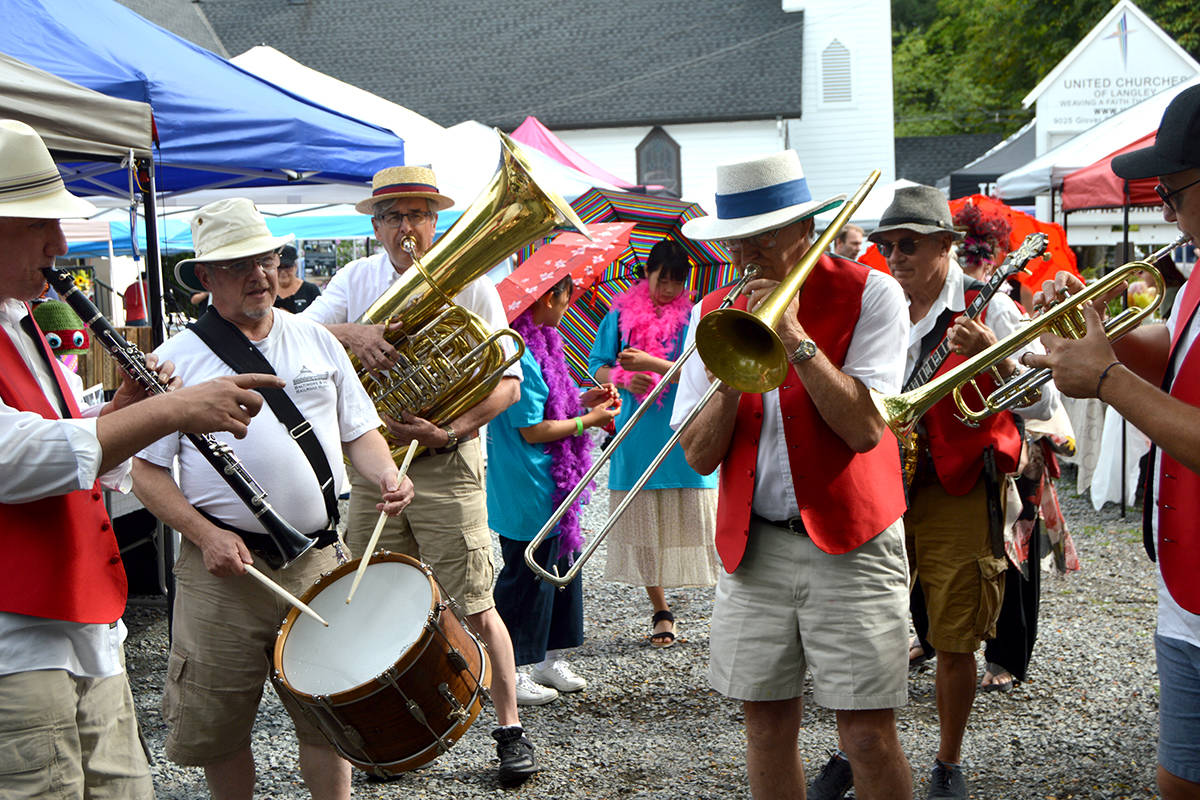 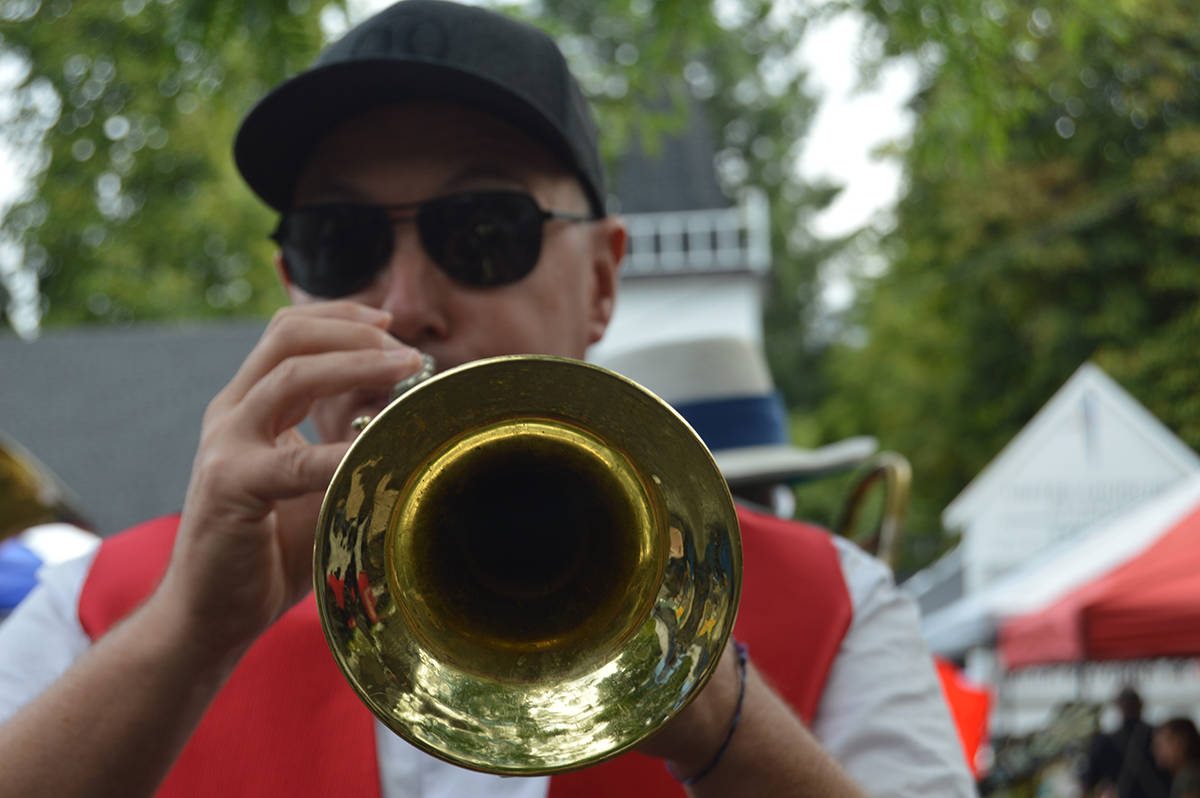 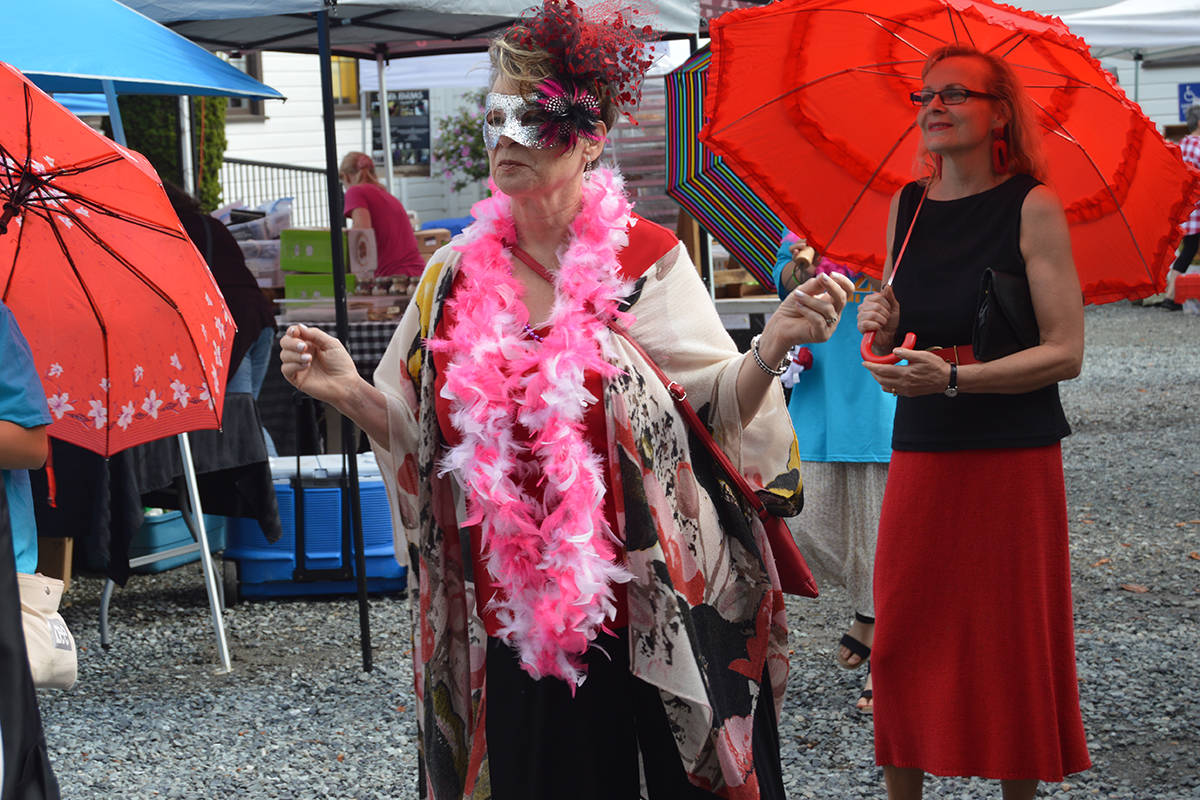 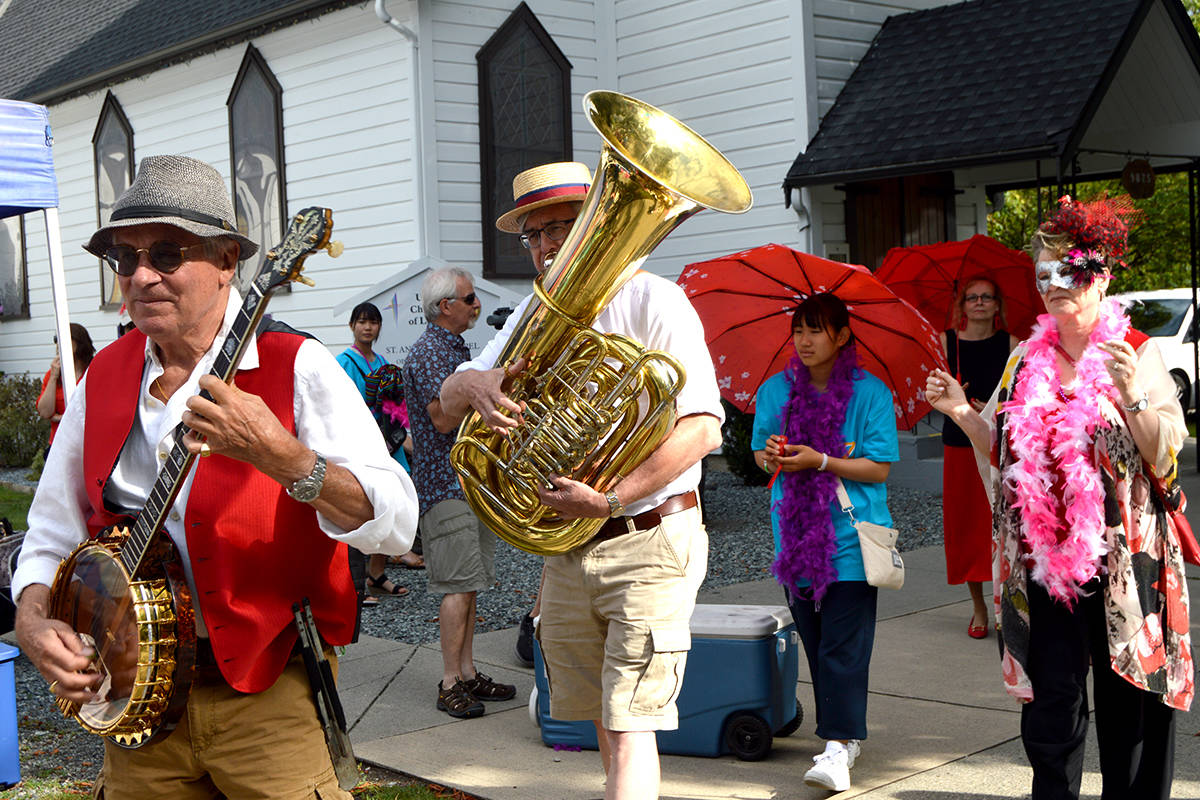 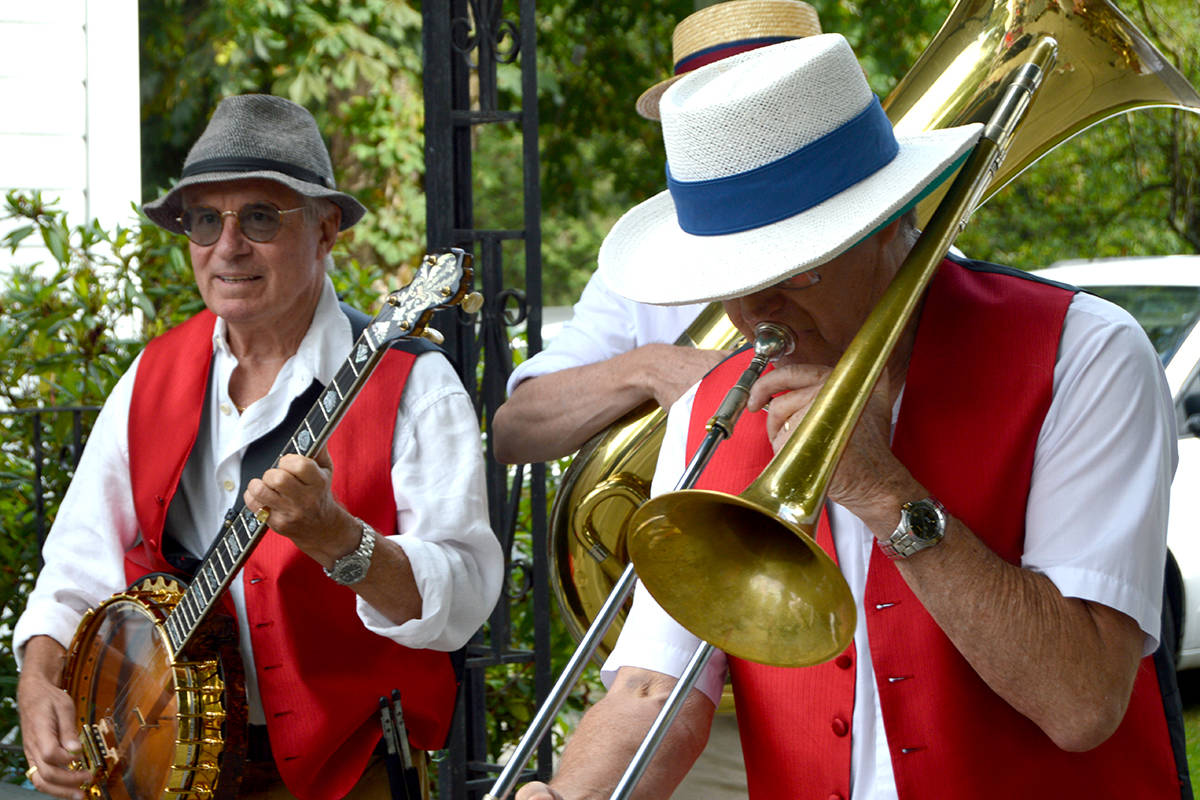 Violinist asks Langley to come to concert ‘ready to participate’

Theatre in the Country gets a fresh look for new season 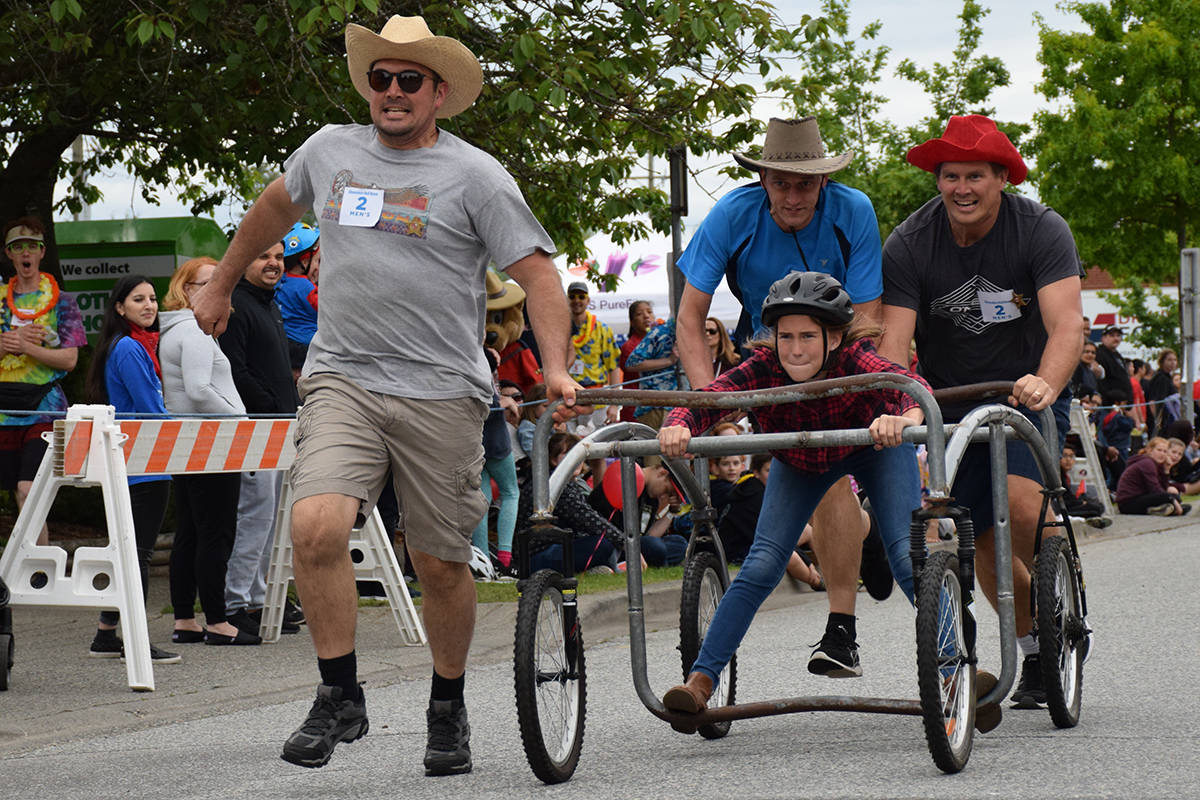