Beloved characters from the works of Dr. Seuss, including Horton the Elephant, The Cat in the Hat, Gertrude McFuzz, Lazy Mayzie, and the little boy with a big imagination – Jojo – are all coming together for one big performance.

Taking places in unimaginably bright worlds from the Jungle of Nool to the Circus McGurkus – even the invisible world of the Whos; the classic children’s books come alive with the help of a cast ranging from grades six to 12.

Emma Herding, a 17-year-old actress, is portraying Gertrude McFuzz – a bird character best known from the book Yertle the Turtle.

“She is envious of other bird tails and goes to the doctor to get these pills that make her tail feathers big,” she said.

With plentiful tail feathers comes an extravagant costume; something Herding was careful not to spoil.

“All I’ll say is that it was a messy costume – a lot of feathers come off each time I put it on,” Herding teased.

18-year-old actor Dwayne Melendez was clad in an elephant suit, equipped with gigantic floppy ears; he, of course, is playing the character of Horton.

“Horton spends half the show up in a tree,” Melendez explained, a comfy position the actor said he enjoyed to be in.

Suessical the Musical takes most of its plot from Horton Hears a Who, but incorporates many of the author’s famous characters and story lines.

“It’s centered around Horton and a very sour kangaroo,” Herding said, “but then Cat in the Hat will occasionally pop up and cause mayhem.”

“There’s lots of cameos like the Grinch trying to put on Christmas activities,” Melendez added.

Previous Langley Secondary productions include Guys and Dolls and Chitty Chitty Bang Bang, the latter both Herding and Melendez also took part in.

Assistant director Jabin Rempel and choreographer Emma Garland both came out of the LSS theatre program, while music director Patti Thorpe is celebrating her 26th show with the Seussical production. Patrick McMath, meanwhile, is serving as stage director.

“Auditions were in September and we’ve been rehearsing once or twice a week ever since,” Herding explained. “It feels like you are part of something bigger – everyone’s working towards this unbelievable end goal.”

Big is certainly an apt word to describe the production; many of the bright animated sets and even some of the costumes are on loan from the Fraser Valley Gilbert and Sullivan Society – though some original works have been added to accentuate the larger cast and stage area.

A pit orchestra includes local musicians, recent graduates, teachers, and LSS students. They rehearse for a couple of months separate from the students and then we put everything together to get it ready for an audience.

For Melendez, the highlight for him is the people he gets to work with.

READ MORE: VIDEO: ‘Joy,” ‘wonder,’ and ‘good times,’ to be had at Matilda production

Despite the colourful exterior of the production, the actors both agreed there were strong lessons to be had that can be brought from the stage into real life.

Herding, who plans to pursue a career in musical theatre after she graduates, said that she took away the moral of “you’re beautiful the way you are.”

Melendez, on the other hand, had no choice about the lesson he took away from Suessical.

“A person’s a person no matter how small,” the actor said with a grin.

Tickets can be reserved by emailing Seussical.lss@gmail.com.

The annual alumni night is on Thursday, Feb. 27. 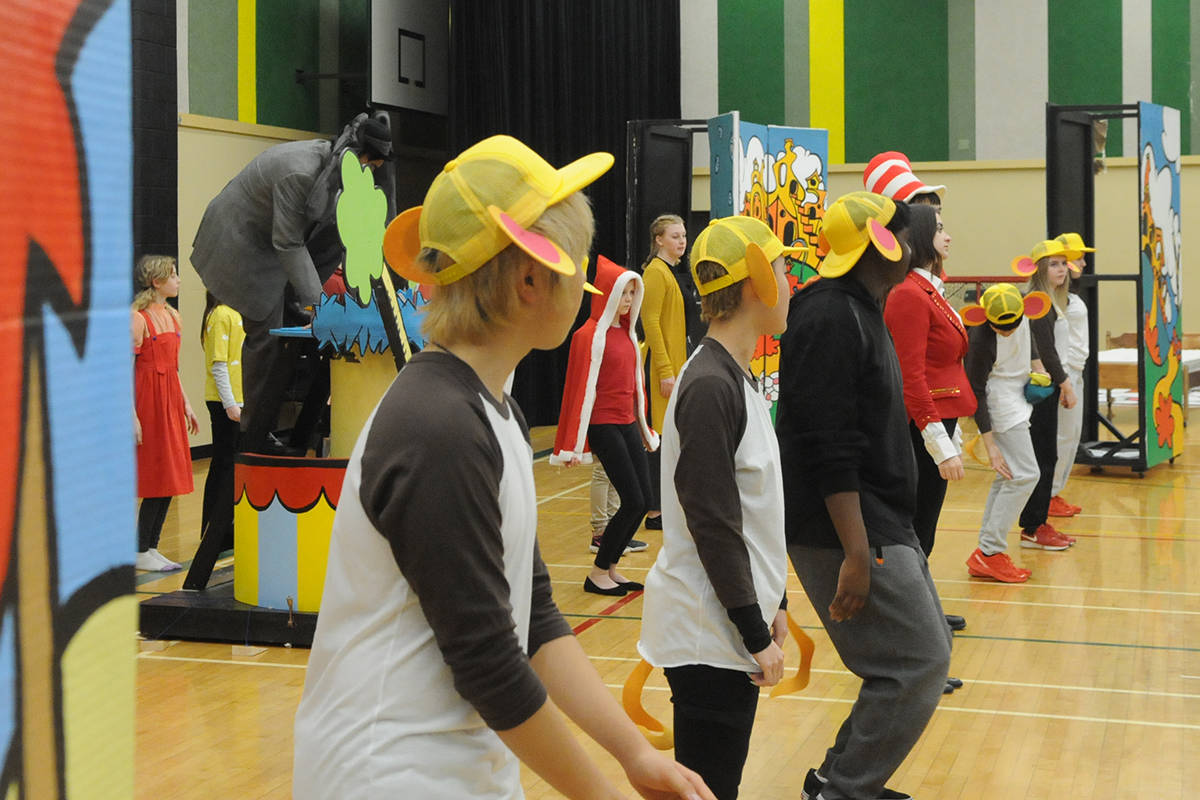 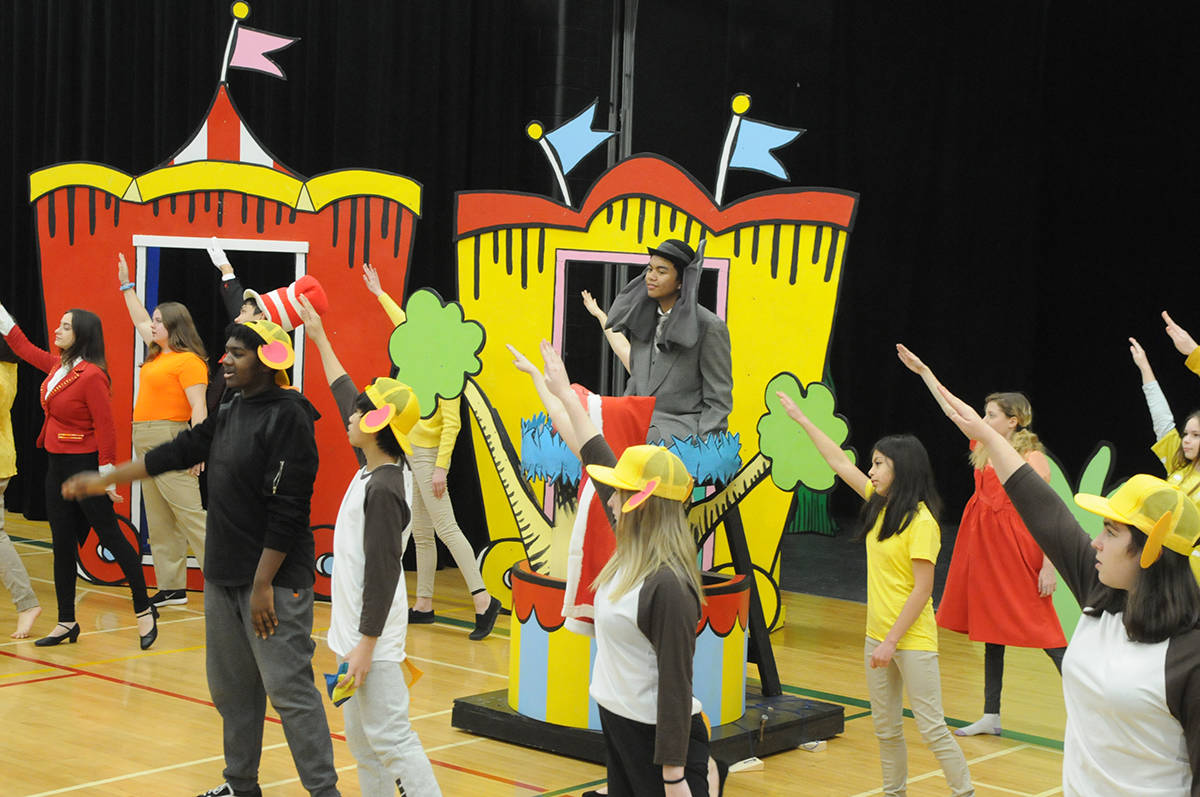 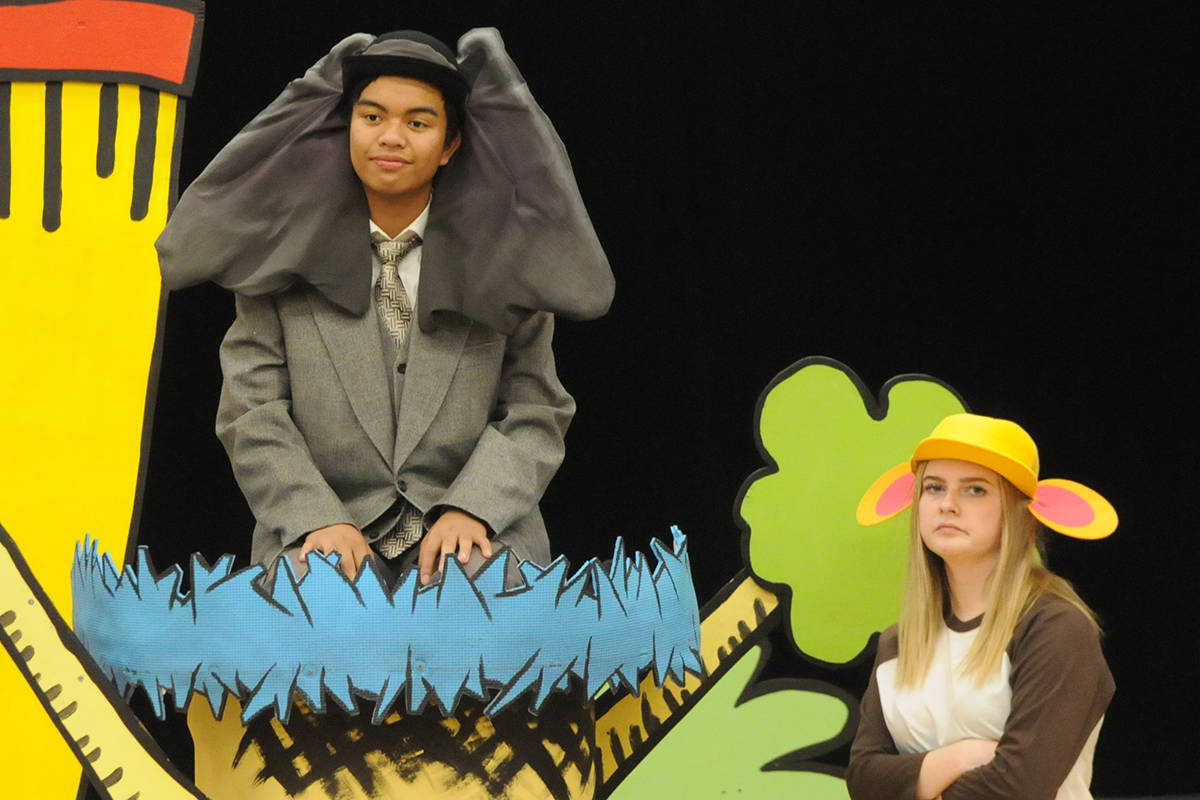 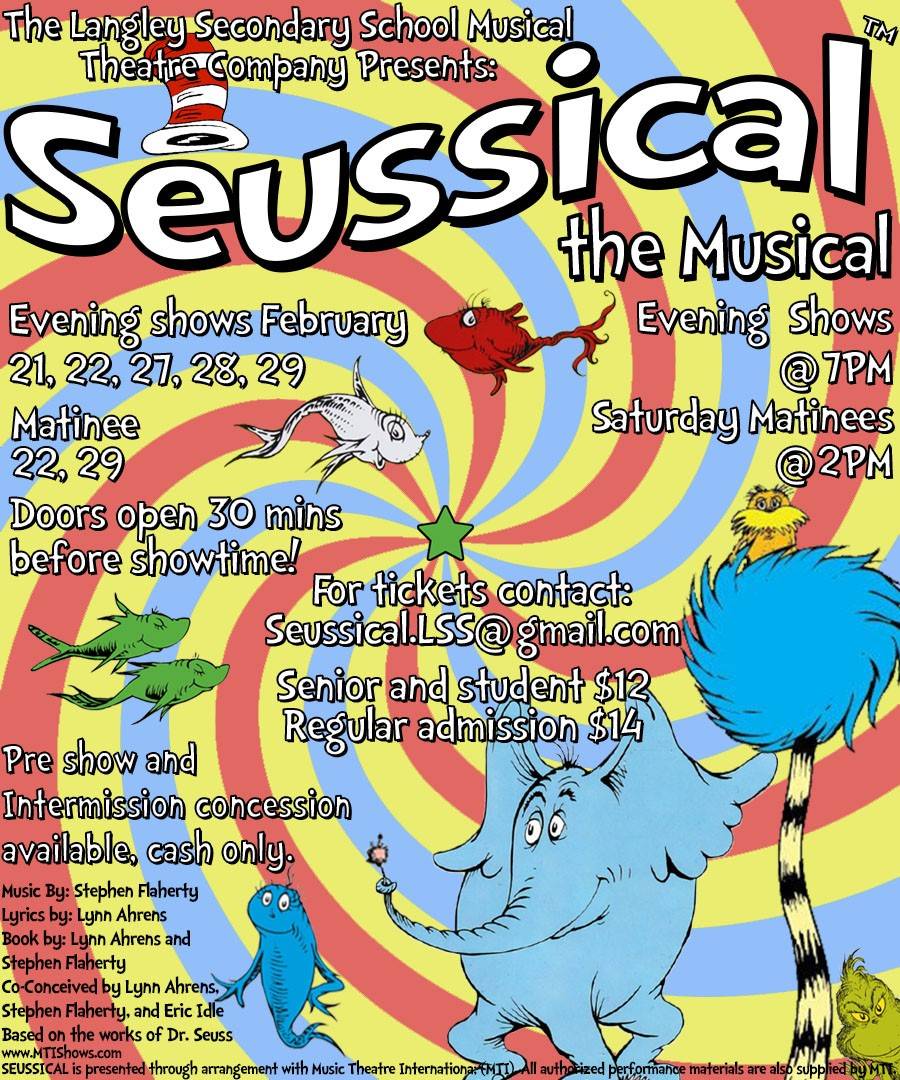