Alex Stewart pulled up about 10 p.m. on Thursday in Salt Lane and started unloading his cans of spraypaint.

The 34-year-old Fort Langley man isn’t destined to be the subject of a CrimeStoppers alert.

He’s been commissioned to paint a mural in downtown Langley City. With a close eye on the weather, he started his latest piece late at night on May 13 so he could use a projector to help get the lettering the way he wants.

Come Friday he was back at the site, expecting to finish up that afternoon.

Chartreusy green, bright yellow, Barbie pink, dark fuchsia, black, and white paint cans – at least a dozen in all – have been emptied to transform a beige brick wall into a leafy mural in the span of about 10 hours.

This is Stewart’s third mural in Langley City, joining the popular daisy wall at 20251 Fraser Hwy. and the upbeat Preserve What You Love just off Douglas Crescent.

“Most people appreciate public art, I find,” he said.

Vehicles turning onto Salt Lane Friday slowed to check out his mural, and passersby gushed about the new addition.

The Downtown Langley Business Association commissioned a mural for the space. He suggested the design for the abstract floral, getting the nod from the association. Then it as a matter of waiting for Mother Nature’s cooperation.

The murals have become part of a local self-guided tour and since they are eminently Instagrammable, have been posted on many a social media site.

This latest mural is on a brick wall which impacts the method.

“Basically it just requires you to work in spray paint,” he explained.

He’s also doing most of it freehand. The daisy wall was spray painted as well but relied on stencils.

Stewart works in various media, one of the most unique being biodegradable portraits. People who use local trails in places such as Campbell Valley Regional Park may have stumbled across his work which features paper he makes himself.

Within a month of installation of these unique portraits, nature reclaims Stewart’s art pieces.

A Brookswood Secondary grad, Stewart earned a diploma of fine arts from the University of the Fraser Valley.

Despite being around paint day in and day out throughout his working life, Stewart made a career change about three years ago.

“It’s scary to jump into being an artist full time,” he said. “…I made the move and all of a sudden it was COVID.”

After years as an industrial and auto painter, he decided to take on the job title of artist and has done pieces around the province as well as in California and Tennessee.

COVID hit while he was still trying to establish his career as an artist. He’s philosophical about the impact.

“Lots of time to refine and experiment is basically what I’ve been doing,” Stewart said.

• READ MORE: Langley City is one mural closer to Chemainus 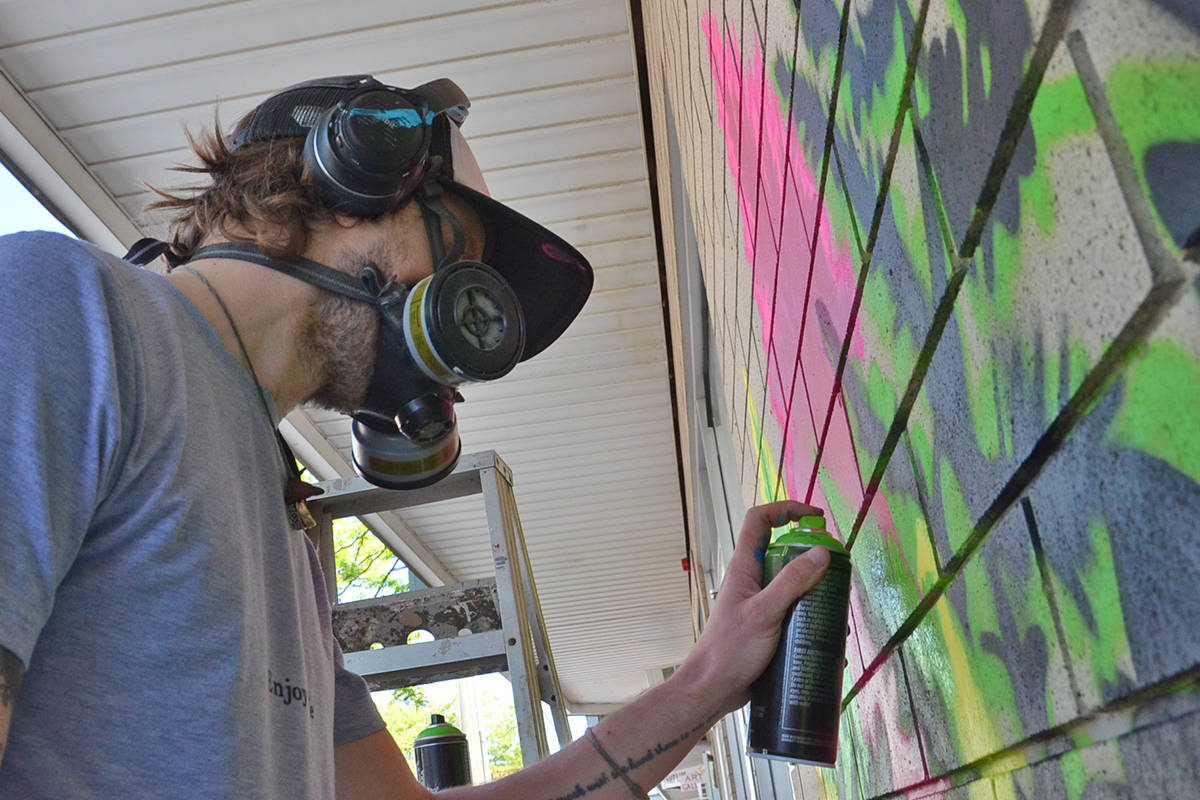 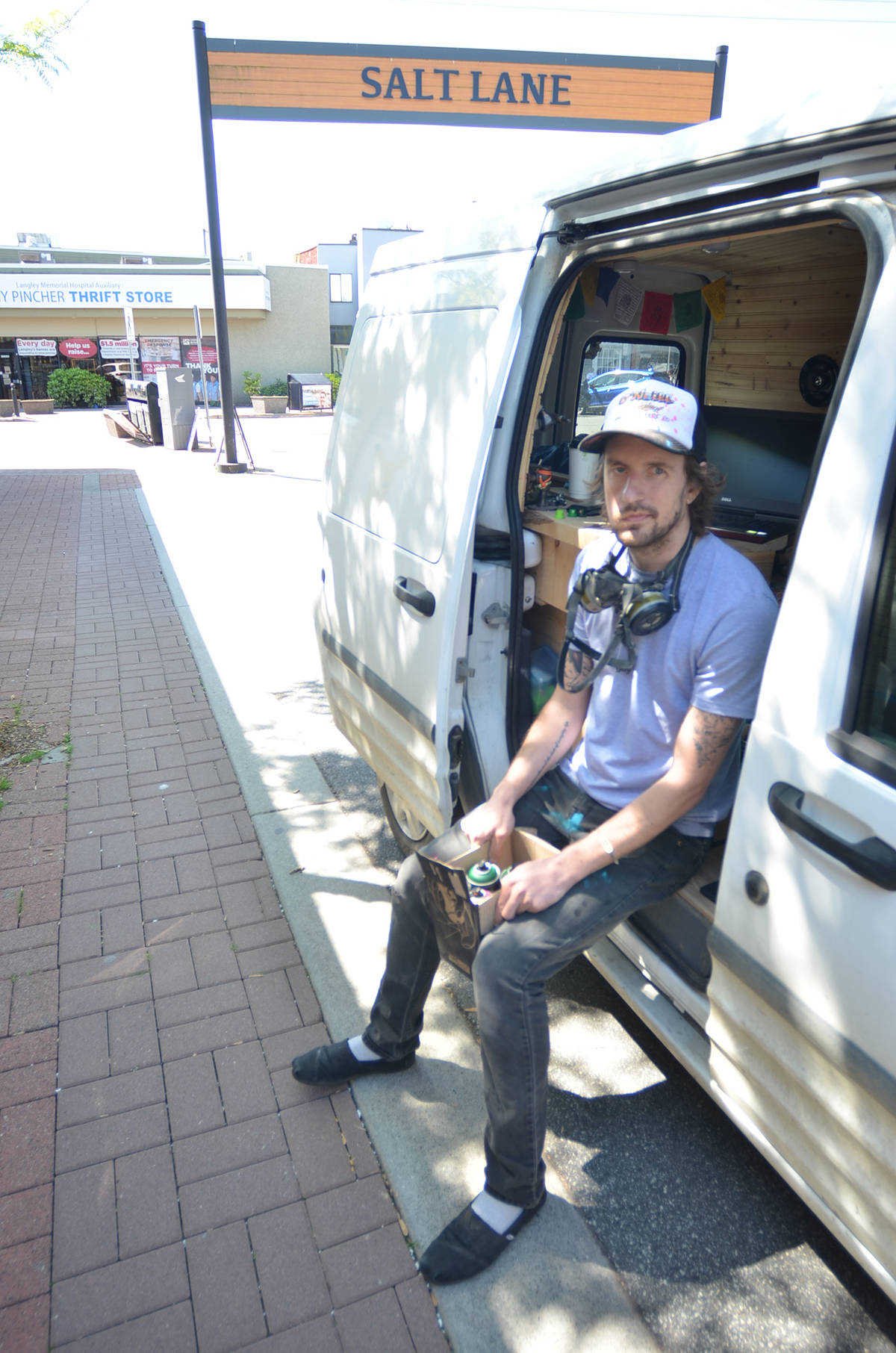 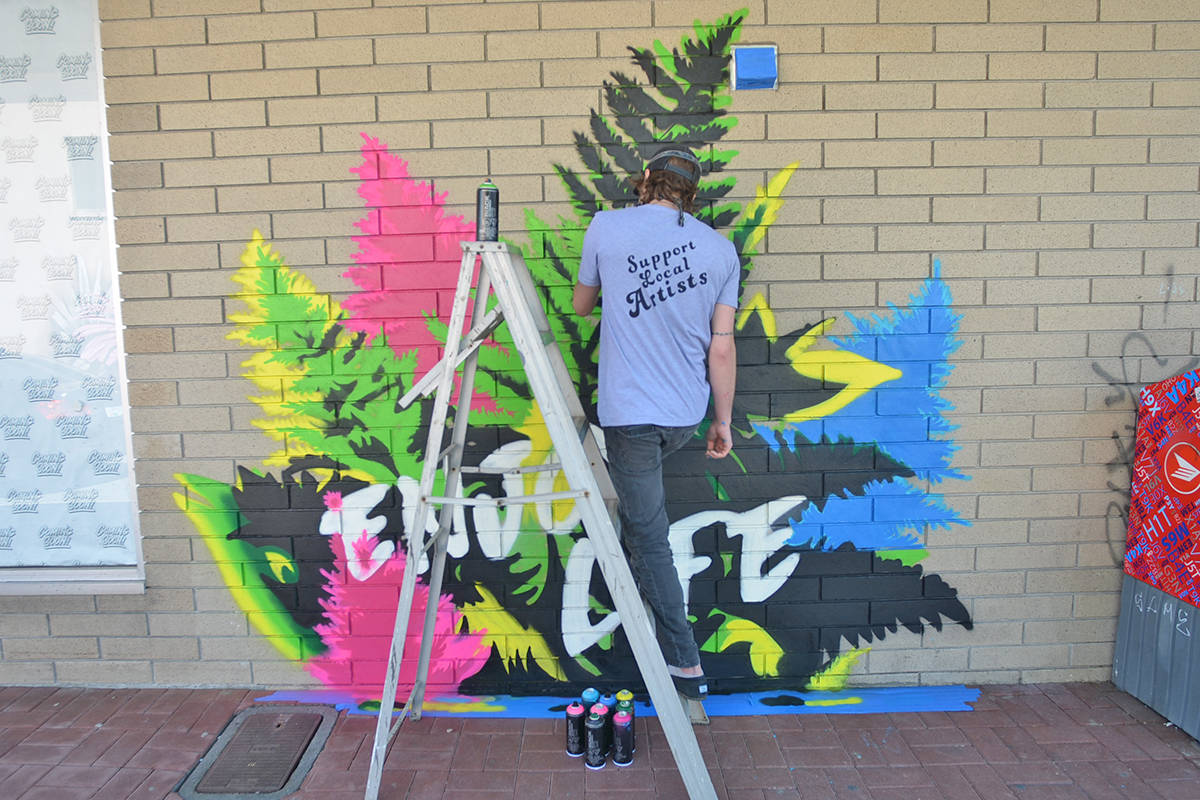 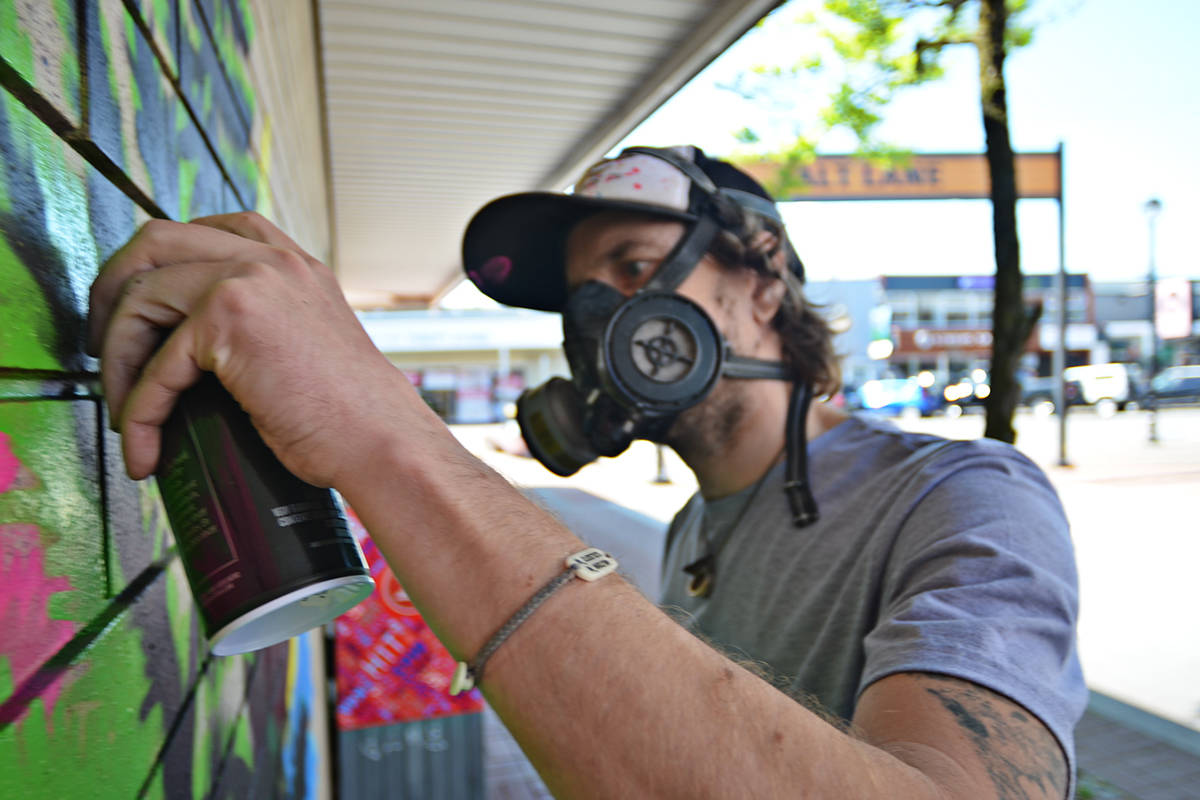 Vancouver photographer’s billboards taken down after complaints about being ‘disturbing’