Sailing out along the west side of Honolulu in a large catamaran, soaking in the stunning blue skies, majestic island scapes, and the vastness of the turquoise ocean with dolphins swimming along side their watercraft, a gaggle of 22 young Langley musicians were treated to the breathtaking views before hitting the stage at the Sheraton Hotel Waikiki one last time Friday night.

None of the local kids – all members of the Langley Ukulele senior ensemble – were thinking about the flight home Monday after a week-long visit to Hawaii, nor were they fixated on the fact they’d be in the studio next Tuesday through Saturday recording a new album – One Love One Heart: Celebrating 25 years of Aloha at the Sheraton Waikiki.

They were captivated, focused entirely on the moment – as it should be said Peter Luongo, the retired ensemble director and one of the adult chaperones on the trip with the kids.

“They’re having an absolute blast,” added Luongo, who started visiting Hawaii, and specifically the Sheraton Waikiki resort, 26 years ago with the ensemble. The uke group has been back all but one of the subsequent years – that being the one year when Luongo senior retired as director and handed the reins over to his son, Paul.

“Life’s good,” senior said, getting behind the wheel with the captain, Ka’imi. It’s an excursion the ensemble has been fortunate enough to make for 10 years now, since Ka’imi saw the kids perform. He was apparently so impressed with their performance, and especially their efforts to learn and share some of the songs native to the area, that he asked to say ‘thank you’ by taking them out on his boat.

“It’s a pretty incredible experience,” Paul Luongo chimed in, taking the phone from his father, while too taking in his magnificent surroundings.

“Wow. It’s amazing,” he said, looking out at the scenery then over at the kids – 11 new and 11 returning young musicians – watching them laugh and revel in the experience.

In just a few hours, the ensemble would be back on stage again performing. But for now, Paul said, they’re just being kids and enjoying an adventure most people will never have.

Despite some flight delays, the Langley Ukulele Ensemble arrived in Hawaii last Monday, and performed each day for the hotel guests. They also performed a few special community concerts around the island, including four shows for local Rotary Clubs.

They were set to wrap up Friday night with a Mahalo [thank you] dinner with the Sheraton staff and what Peter called their Waikiki ohana [a Hawaiian word meaning extended family], then head home.

The ensemble has gone through what director Paul describes as a “huge transition” this past season, with about half of the kids graduating out last year and a new flock of musicians joining the senior ensemble this season.

Consequently, “a lot of the kids didn’t have any idea of what to expect” when they landed in Hawaii, Paul said, noting how much the trip served to bond the kids – not only with each other but with their Sheraton ohana.

“They’ve grown as individuals. They’ve grown both on and off stage, and they’ve done a great job representing the Langley Ukulele Ensemble, Langley, and even Canada,” Paul said. “They’re incredible ambassadors.”

While the ensemble heads into the studio upon their return, they also have a few shows coming up. They’re performing two shows Sunday (July 28), as part of the Fort Langley Jazz & Arts Festival, followed by another show that same day in Richmond.

Other local shows included the Sounds of Summer music festival in Langley and another show in Abbotsford in mid-August, plus a show at the PNE.

“It certainly doesn’t slow down,” Paul said of summer, noting there’s also a ukulele camp being held Aug. 6 to 9 in Langley with at least 100 kids set to participate. These, Luongo senior interjected, are the future ensemble members – kids who will be making the return trips to Hawaii in future. There is still room for a few more camp participants, with information available on the ensemble website. 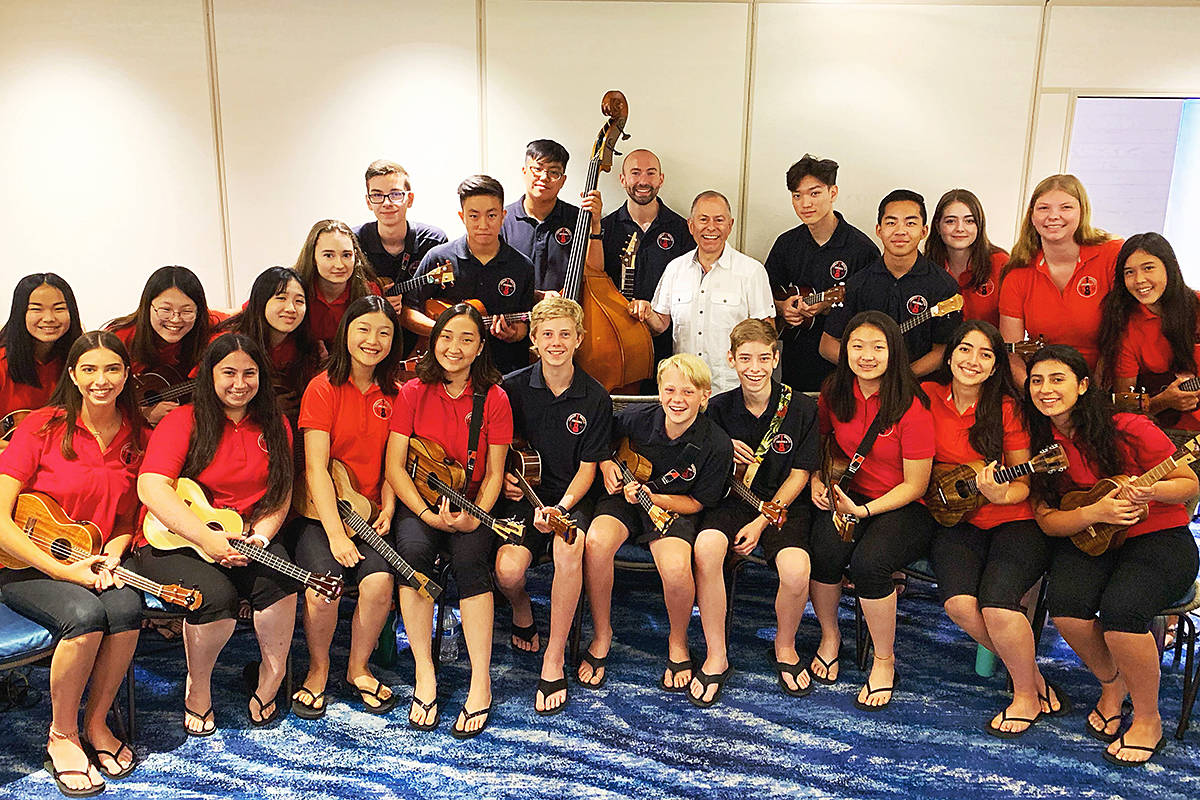 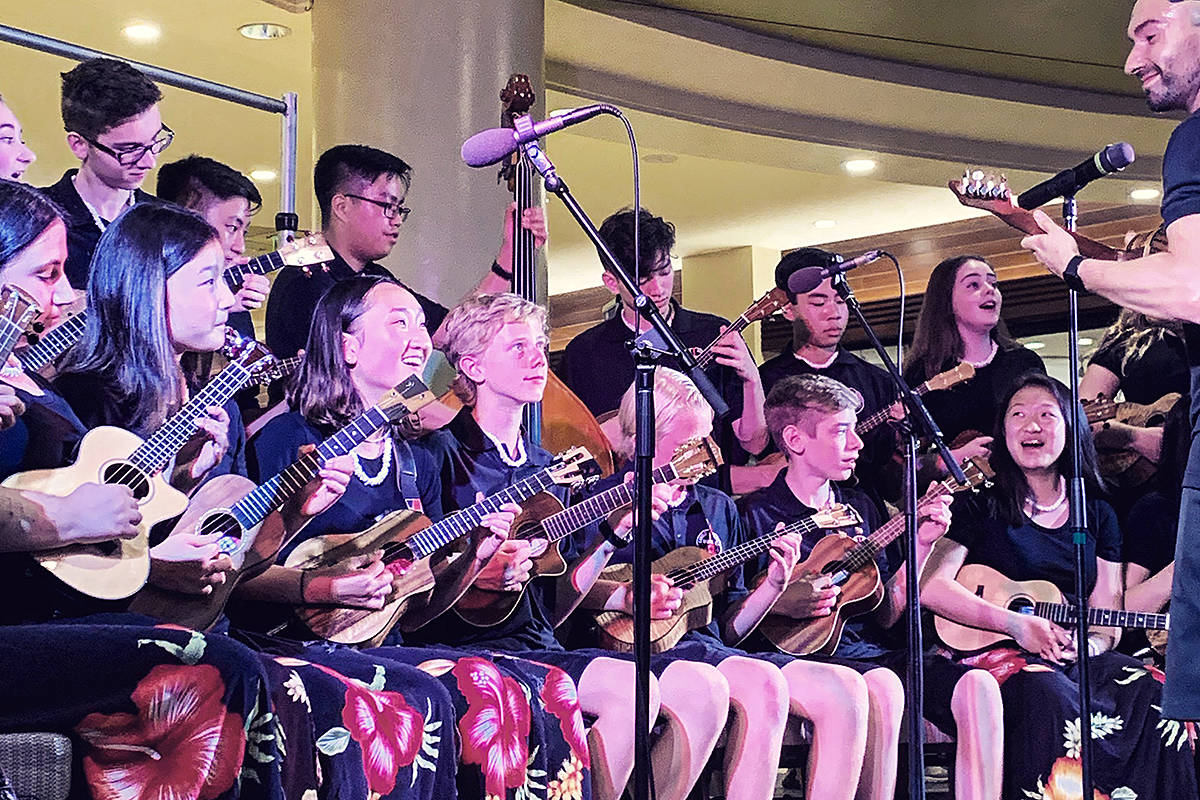 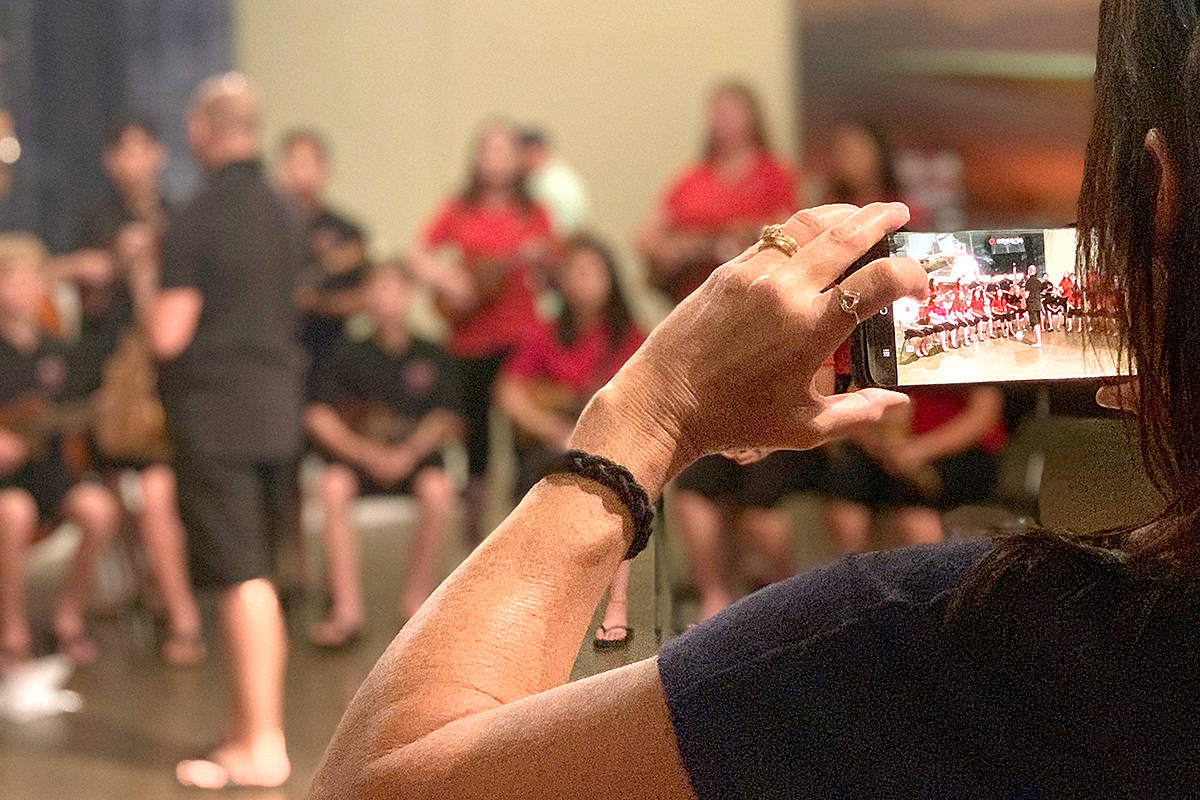 VIDEO: Gone Country success means so much to cancer patient