The Langley Advance has scored an exclusive with the villain of the upcoming Walnut Grove Secondary production of Little Shop of Horrors.

At great personal danger to the reporter, we put the tough questions to Audrey II, the massive exotic man-eating plant.

“I only feed on blood and human flesh,” Audrey II told the Advance. “I have to feed about once a week, but more would be greatly appreciated.”

As the reporter took a big step back, the exchange continued, with a question about the plant’s ultimate goals.

“My plans are to take over the world,” Audrey II explained. “I will consume whoever gets in the way of my goal.”

Audrey II lives in the plant store owned by human Audrey, after being found by shy shop assistant Seymour. He pines for Audrey and after her boyfriend, Orin, is killed accidentally, Seymour feeds him to Audrey II. That unleashes a chain of unintended consequences for all.

Unbeknownst to Audrey II, some of the shows are dinner theatre (April 5 and 12). The school has a program where Vancouver Community College provides WGSS culinary students with post-secondary level chef’s training.

While the menu hasn’t been finalized yet, there will certainly be cousins of Audrey on the menu – salads, fruits, and vegetables.

“We focus on what we’ve been doing throughout the year and just kind of build off that,” VCC culinary arts instructor Laura Dawe said.

The food is all made in-house.

“It’s fresh and it’s local and it’s all made here,” Dawe added.

Dinner shows are slated for April 5 and 12 with meal seating starting a 5:30 p.m. followed by the performance. Adult tickets cost $30 while tickets are $25 for students and seniors for the three-course meals.

Tickets must be purchased online at theatreinthegrove.brownpapertickets.com. For information, email TheatreInTheGrove@sd.bc.ca or call 604-882-0220 ext. 580. The show is not recommended for anyone 10 or younger.

Little Shop of Horrors is a show the students could really sink their teeth into.

“We chose this play because we thought it would be a good fit for the size of class we had and to do something a little different than in years past,” said teacher Janelle Castro.

To pull off the musical, a team was assembled comprising 79 students on stage and backstage, various teachers, a 10-student pit orchestra, and four rented Audrey II puppets (on loan from the Vagabond Players).

The stage show is based on the Roger Corman movie and features 16 musical numbers.

“Our show still has a ’60’s vibe especially in the costuming we have chosen,” Castro added.

“He likes to wear his pants a lot higher, which I don’t like,” the student chuckled. 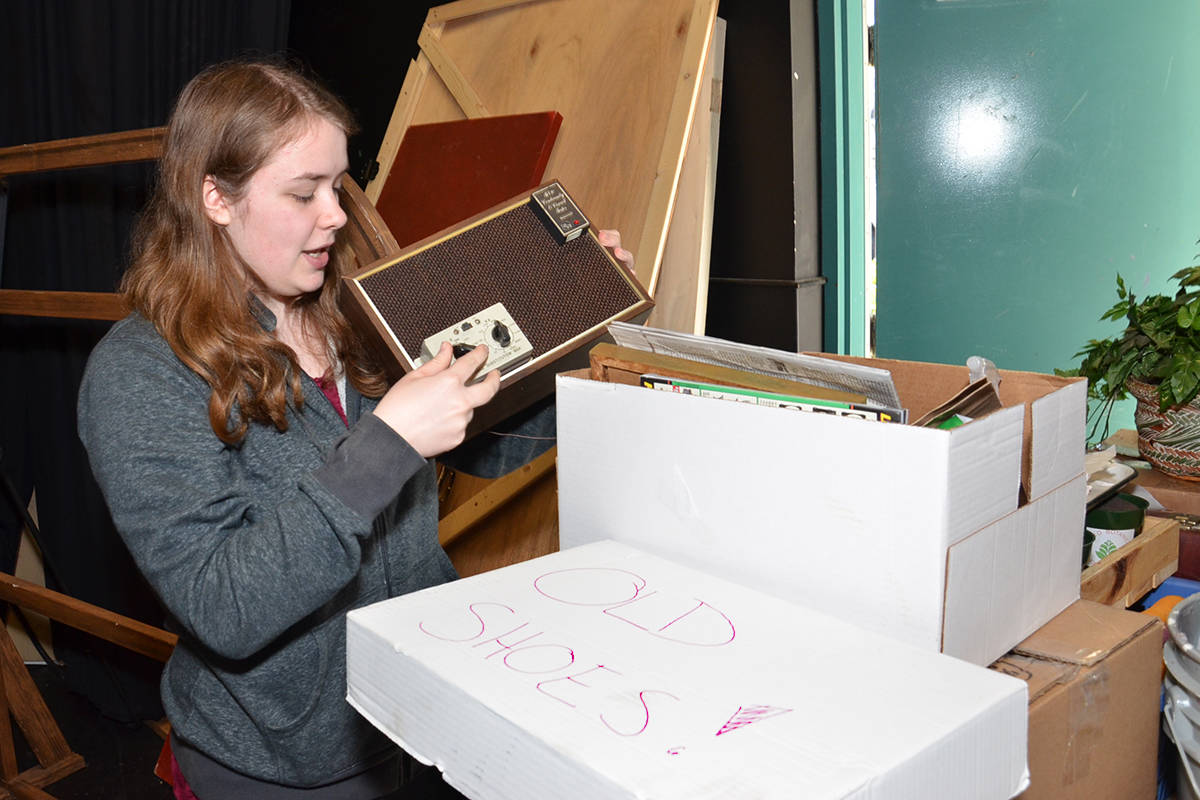 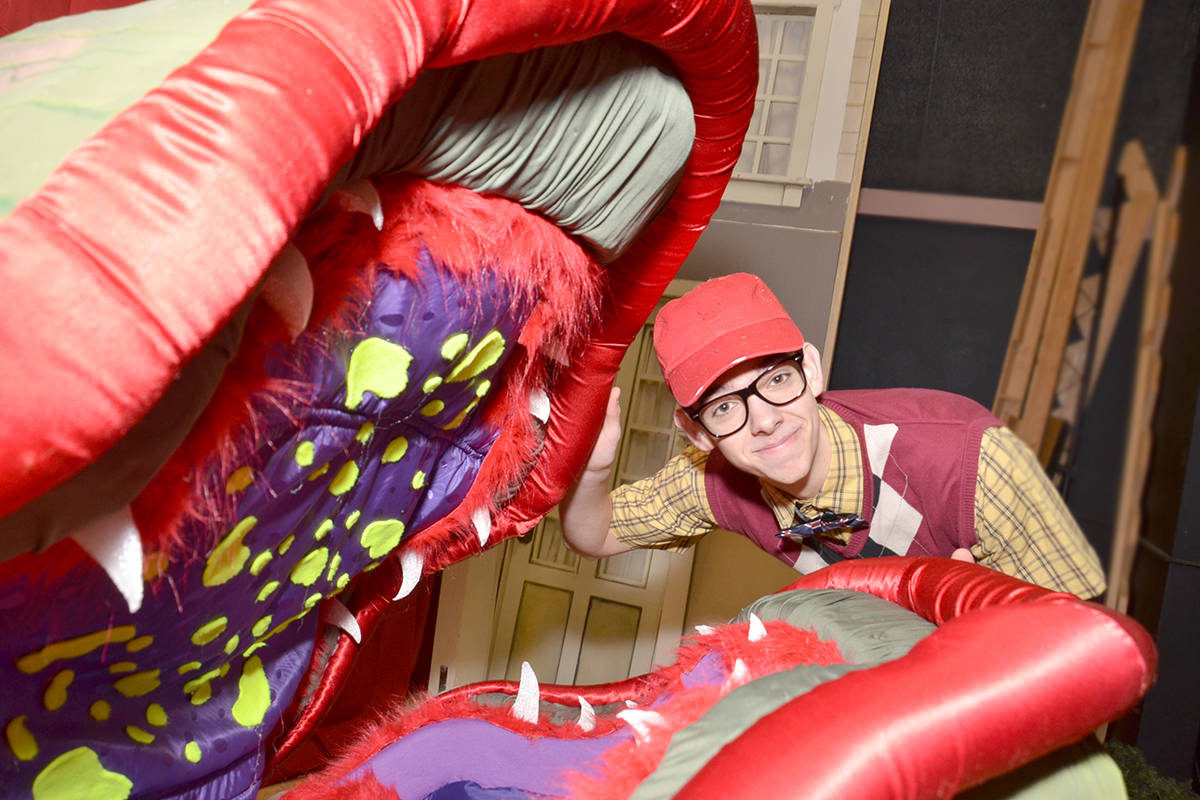