Actors and fans alike are counting down the days until the next season and new episodes of the smash TV show Riverdale hit the airwaves.

But for diehard fans, they’re not waiting to catch their favourite actors when they return for season two on television on Oct. 11.

They’ve been lined up outside Gabby’s Country Cabaret in downtown Langley, watching filming for some of the most recent episodes of this hugely popular TV show.

Some fans even had a chance, over the past two days, to get pictures taken with some of the cast, like K.J. Apa, who plays Archie, Cole Sprouse who plays Jughead, and Skeet Ulrich, who has a recurring role as Jughead’s dad.

At times the crowds have been thik along the sidewalks around Gabby’s, where the film crew has been shooting the teen drama television series based on the characters by Archie Comics.

They're going to need each other now more than ever. #Riverdale returns in THREE WEEKS on The CW. pic.twitter.com/WYU1CxlrJq

The Riverdale film crew was also in town last month, set up at Gabby’s, and hsd since returned – the Whyte Wyrm biker bar – as it appears in the show – proving to be one of the more popular film locations.

In fact, Langley has served as the backdrop in many episodes of Riverdale.

In addition to 203rd Street country cabaret serving as a reoccurring film location, Mcleary’s Fine Furniture – situated adjacent to Gabby’s – has been spotted on the show a few time.

Other local filming for the show have included the Twilight Drive-In Theatre in Aldergrove, serving as a soon-to-be-defunct Riverdale drive-in.

Fort Langley has also served as prominent backdrop in much of this TV show.

Also in Langley, Riverdale filming occurred as recently as last month, at the James Kennedy Elementary.

Riverdale is, as described by IMDb, “a subversive take on Archie and his friends, exploring small town life, the darkness and weirdness bubbling beneath Riverdale’s wholesome facade.”

Share your pictures of Riverdale filming in Langley, or better yet pictures of you with any of the show’s cast, which also includes Lili Reinhart, Camila Mendes, Cole Sprouse, Marisol Nichols, Madelaine Petsch, Ashleigh Murray, Madchen Amick, and Luke Perry. 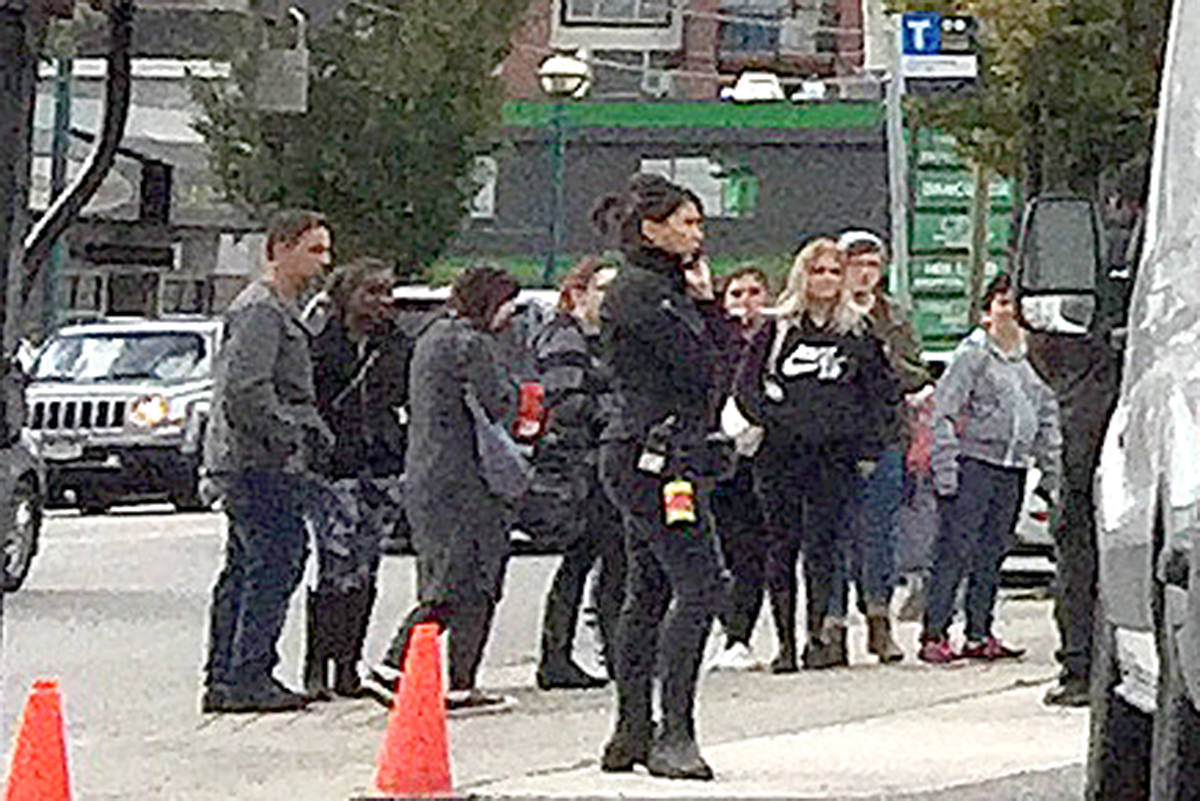