A beloved seasonal story is making it’s Canadian debut right here in Langley; The Man Who Saved Christmas is coming to Theatre in the Country (TITC).

Running from Nov. 28 until Dec. 14, the musical set in 1917 as America gets embroiled in the First World War and is loosely based on the true story of A.C. Gilbert, the inventor of The Erector Set.

The old-fashioned style story focuses on Gilbert’s battle with the U.S. government as it attempts to ban toy sales during the holiday season.

Famous for the 2002 film version starring Seinfeld’s Jason Alexander, it was adapted into a musical by Ron Lytle in 2006, which was performed throughout the United States on different professional and amateur levels.

TITC artistic director Reg Parks said after the previously planned productions of Elf and It’s a Wonderful Life fell through, the discovery of this original production turned out to be a blessing in disguise.

“We were sent a sample pack and saw that it was a new and unique story that hadn’t been done before,” Parks explained. “This will actually be the Canadian premiere and we’re in direct contact with the author Ron Lytle who helped us with professional backing tracks, which was neat.”

Rachel Sterns directs the whopping cast of 24, who will all be storming the decked-out stage in period costumes and belting out professionally choreographed tunes.

Adrianne Klager, a 14-year-old Walnut Grove resident, plays one of the leading roles in the production; despite having to sing and participate in dance numbers, she said her biggest challenge was to play a 10-year-old character.

“I play Ellen, who’s 10. I’m already tall, so I had that working against me,” Klager admitted. “But her mom has died and she has to go live with her aunt and uncle – it’s a great Christmas story that’s heartfelt and funny.”

Klager previously made her stage debut with TITC last season of the Christmas production of Two From Gallolie.

“I’ve only done Christmas shows because it’s the only time of the year that I could do it because of school,” Klager explained. “I like doing community shows – they’re not super hard and a lot of fun.”

Some of songs include “We’ve Got A Lot to Do,” “All I Want for Christmas,” “What’s Wrong With the Grown-ups?,” “You and Me,” and “A Very Merry Christmas After All.”

“The show is interesting because it is based on a true story,” Parks explained, “A.C. Gilbert had at one time the biggest toy company in the world and really did make this big speech to the U.S. government.”

Despite a history steeped in consumerism and merchandise, Parks said it’s an absolute feel-good tale, perfect for audiences looking for some warm entertainment this winter.

“It embodies a great spirit of Christmas and has a simple message – love, peace, and caring for your neighbour,” Parks added. “Plus, it also has some nice turns and the idea of children pointing out what’s wrong with adults.”

The Man Who Saved Christmas will conclude the 2019 season for the theatre company.

The 2020 season will be TITC’s eighth overall and third in Langley. TITC spent its first five in Maple Ridge before moving to 5708 Glover Rd.

TITC rents out their space from Langley Vineyard Church, who completed some renovations to freshen up the theatre space with a complete paint, flooring, and fixture upgrade of the lobby and bathrooms earlier this fall.

TITC is of course a dinner theatre, meaning an option to dine in while viewing the show will be once again be offered.

Over the Top Catering supplies the food which include roast beef, salads, veggies, mashed potatoes, and homemade squares, tarts, and brownies for dessert.

For tickets and to see the full schedule, people can visit www.theatreinthecountry.com.

Murder on the Nile, an Agatha Christie mystery adaptation, will kick the 2020 year off in February with a whodunit murder set aboard a luxurious and exotic cruise. 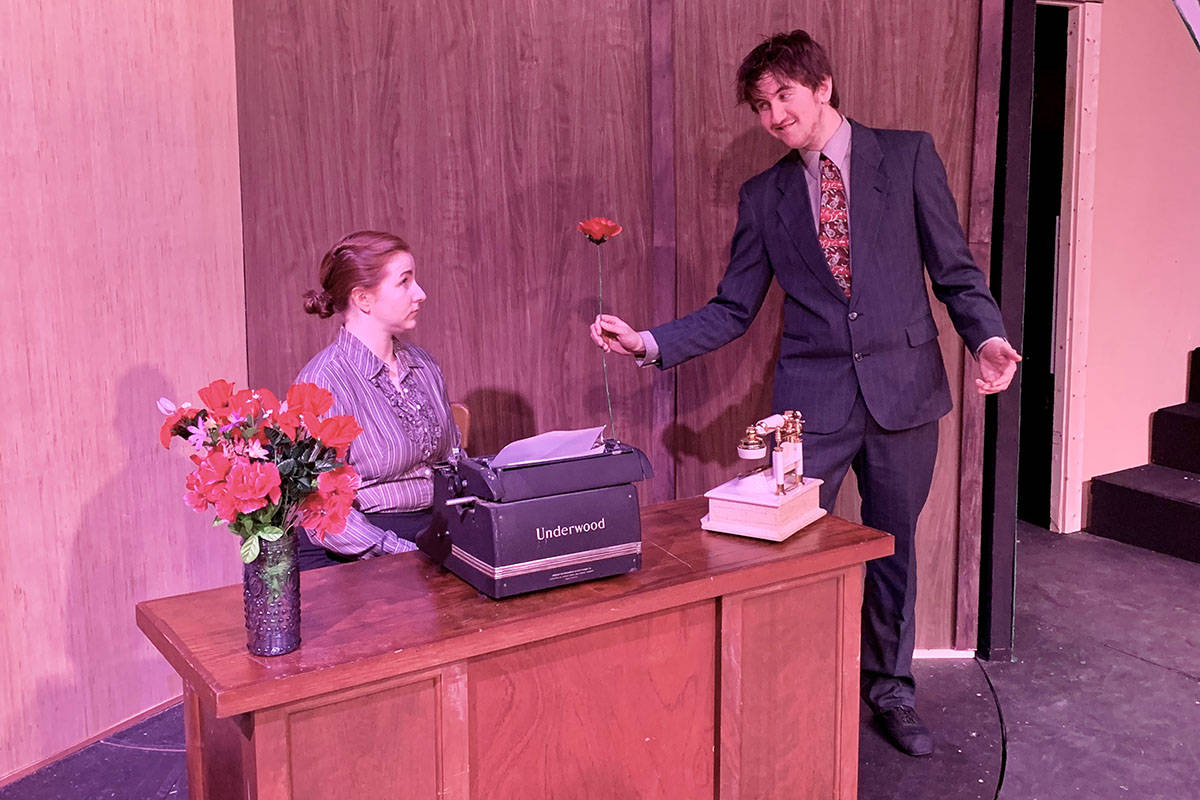