“Oh my goodness, it’s amazing!” Jansen exclaimed about her feelings for her first win on her first campaign. “This team that we pulled together is the dream team,” Jansen told the Cloverdale Reporter, Monday night. “It’s been incredible to work with them and I just love seeing the passion they have for this community.”

She said knocking on doors really drove home the enormous responsibility of being an MP and that helped her understand that task that lies before her.

Jansen wasn’t sure what she’d tackle first as a new MP, but she said she is looking forward to rolling up her sleeves and getting some work done.

“We’re excited to get into Ottawa and start working and see what we can do.”

“I’m happy for her,” Aldag said. “It’s a huge honour to be able to serve as a Member of Parliament. I’ve had that privilege for the last four years and I hope she serves the community well.”

Over the 40-day campaign Aldag said he chatted with a lot of people who said he’d been the most successful MP the riding ever had. “I’m really disappointed,” he said. “Im going to miss the contact. I came to know and love the community even better than I did before.

“As my wife says, doors open and close in life all the time. Now we’ll see what the next adventure brings.”

Next up, Aldag said he’ll dismantle the campaign and constituency offices and then take down his signs. He added with a smile, “Then I’ll scratch my head and see what comes next.”

During the campaign, Jansen pledged her support for bringing SkyTrain to Langley City. She said she supported working with local government to solve local problems, and she said would also tackle issues facing seniors.

Tamara Jansen embraces supporters as she arrives after CP declared the riding for the Conservative candidate pic.twitter.com/iYLb0xmxl0

In her post-poll speech Jansen thanked her family and the many volunteers who helped with her campaign.

“Behind every door, there is a need,” she said. “Canada is a place where we care about each other and watch out for one another regardless of race, creed, gender, or sexual orientation. We can be so thankful for the incredible country that we live in and the respect for diversity that we all enjoy.”

Later, Tako van Popta, fellow Conservative and declared winner for the riding of Langley-Aldergrove, showed up at Jansen’s campaign office to offer his congratulations.

Ian Kennedy, candidate for the People’s Party said he was happy Jansen won. “She is definitely the next best candidate to win through my experiences, and I wish her the best of luck as MP for our riding.”

Both Rae Banwarie and Caelum Nutbrown had not responded to interview requests by publication time.

NDP candidate Rae Banwarie trailed them both with 10,389 votes, while the Green’s Nutbrown had 3,502 votes and PPC candidate Ian Kennedy gained just 925 votes.

Voter turnout in the riding was 64 per cent, with 55,058 of the just over 86,045 registered voters casting their ballots. 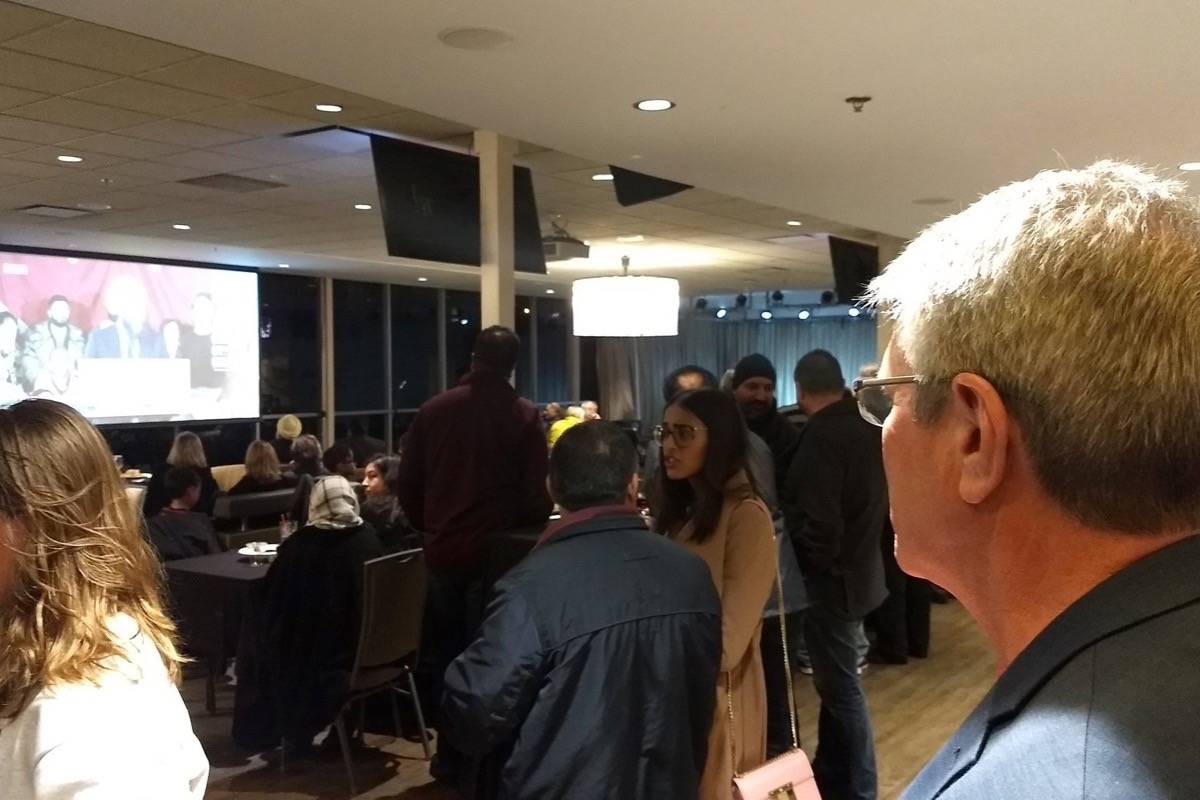 John Aldag watches the results come in after Tamara Jansen took the lead with about 100 polls reporting. (Photo: Malin Jordan) 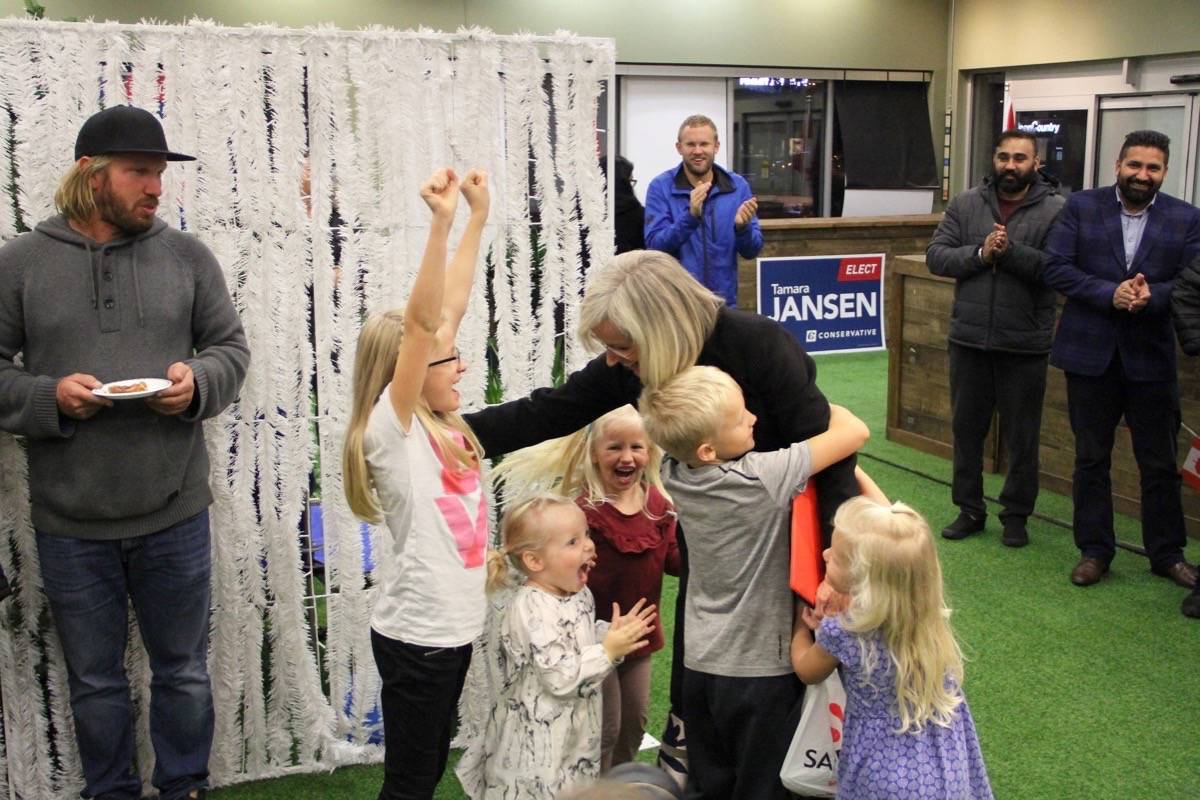 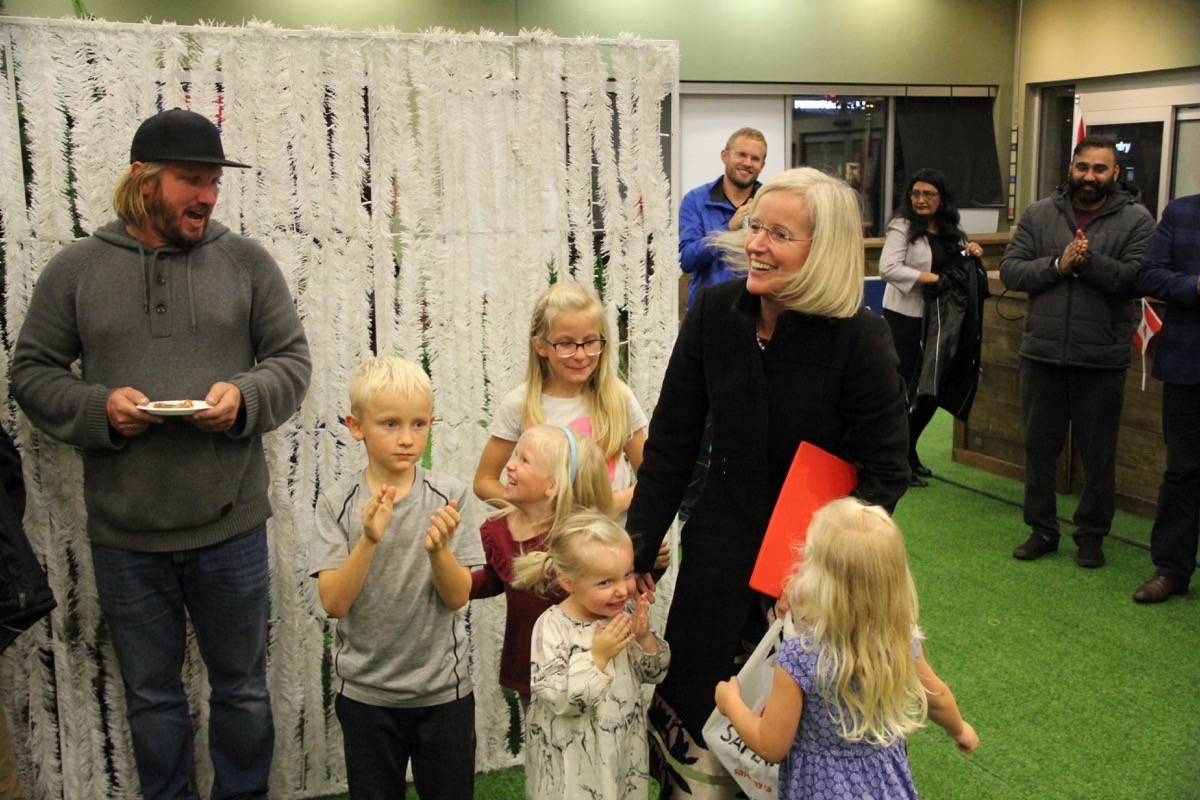 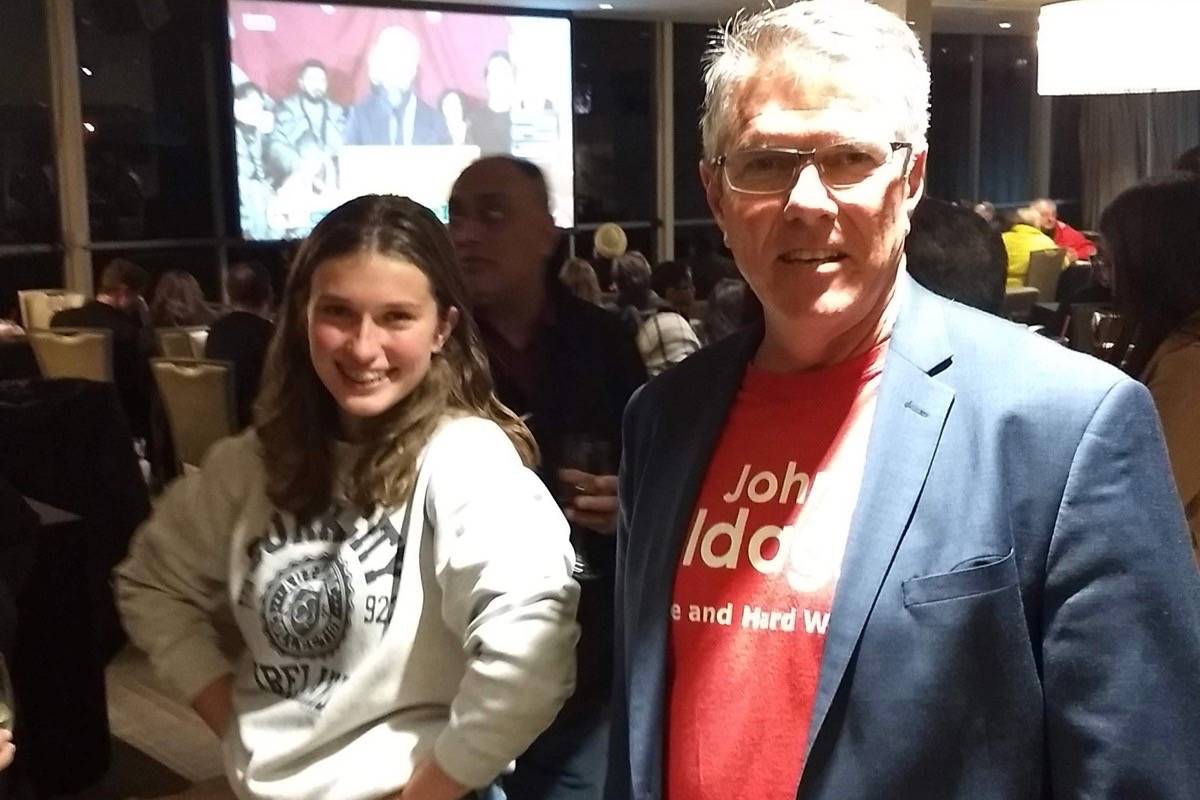