Students, children, and alumni are joining together at Trinity Western University to put on a production of the classic tale Anne of Green Gables: The Musical.

Fort Langley father-daughter duo Scott and Imogene Campbell both play a part in the show that follows the story of Anne Shirley – an orphan girl from Nova Scotia who has never belonged anywhere in her life, and is mistakenly sent to live with siblings Matthew and Marilla Cuthbert at their farm called Green Gables on Prince Edward Island.

Scott graduated from TWU’s theatre program 20 years ago, and explained he and his daughter auditioned for the show together.

Scott landed the role of Matthew Cuthbert, and 12-year-old Imogene was selected at the school’s first junior stage manager.

“I’m one-half of Anne’s adopted family. It’s a role I think most Canadians are familiar with. It’s exciting to be able to play a role that’s so well known and loved, but also daunting to play a role that has been played by many remarkable actors. People have very clear understandings of who they believe Matthew Cuthbert is,” explained Scott.

After working in theatre professionally for 10 years, Scott started a family and switched into a career in fundraising.

Two years ago, Imogene played a role in another TWU production, and that’s what got Scott involved in theatre again.

“It was a couple years ago when Imogene discovered theatre on her own, and that reminded me of the joy I had in making theatre,” added Scott.

“I know I’m very fortunate to have been able to study theatre, have a career in it, then come full circle – even though that’s not my career anymore – and still have it as part of my life.”

And Imogene’s behind-the-scenes role in Anne of Green Gables is just as important as Scott’s on-stage presence.

“She’s [Imogene] stepping in and making that backstage work whether it’s quick costume changes, resetting stage, and making sure people are where they need to be. I have a really great 12-year-old who is making much of the backstage work for a cast of 25 people,” Scott explained.

Imogene added she likes “watching the show come together and helping the actors back stage.”

Another part of the “full circle” for Scott is that the show is directed by TWU’s Angela Konrad – who directed her very first show at the school while Scott was a student on stage.

“It’s such a reminder of a joy I had in that time of life,” added Scott.

Scott’s love of theatre began in elementary school and continued into high school where he found his “group.”

“I think in high school, everyone’s looking for the group where they belong and the theatre people were my people. As I got older it seemed something worth pursuing,” said Scott, who graduated from Langley Fine Arts School.

After returning to TWU’s stage, Scott said a lot has changed, including the arts programs uniting under the umbrella of the School of the Arts, Media and Culture (SAMC).

“It’s really blossomed over the 20 years since I’ve been there,” he added.

Anne of Green Gables: The Musical begins on Tuesday, March 12, and runs until March 30. 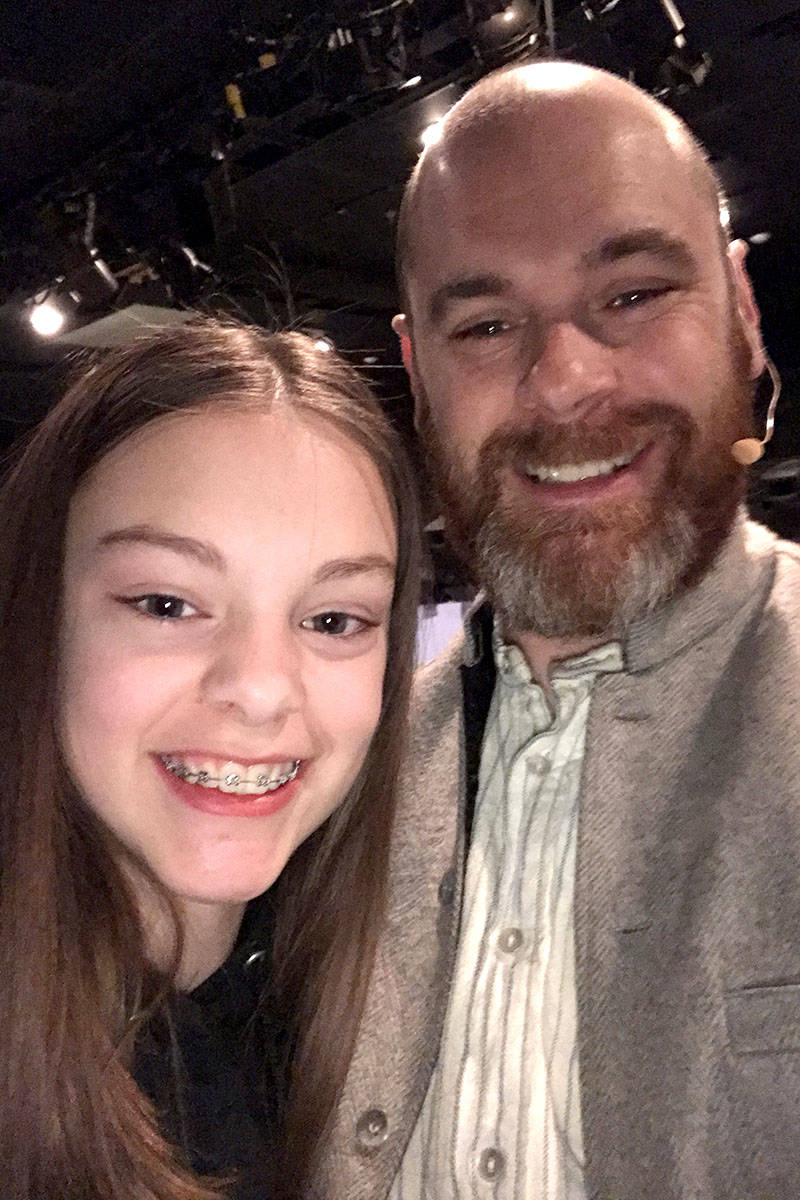 Imogene and Scott Campbell both play a part in TWU’s production of “Anne of Green Gables.” Submitted photo

‘This story needed to be told’: Residential-school horrors revealed in Payette’s musical drama

Archie and his Riverdale world are subject of UFV conference