Lots of people fancy themselves foodies, but can they cut it in the kitchen?

The Lower Mainland-based Get Cooking with the Stars often comes to Langley eateries to film its segments.

Now the show is changing up its recipe, introducing a new format.

Recently Belle, who is also the show’s executive producer and creator, headed into the kitchens of Langley City restaurant Ban Chok Dee for cooking competitions with members of the 54-40 rock band, as well as actor Jaime Callica, and comedian Darryl Lenox.

But as any cook knows, things never go as planned.

“54-40 still has to finish their cooking part. They got called off on a family emergency,” Belle explained.

They were able to film Callica competing against Belle in the kitchen and to find out who wins, people will have to watch the show – which is expected to air in January. The show is on CHEK and NOVUS.

The show features a mix of guests ranging from homegrown talent working their way up the ladder to stardom, to those who have gained international attention.

“We are lining up Colin James next,” Belle said.

The episode filmed at Ban Chok Dee gave comedian Lenox a chance to take part in the judging.

Lenox has been a guest on Get Cooking with the Stars during a Mediterranean cooking segment, and another time for a fishing segment.

He’s performed on Conan and had his own comedy specials, including Blind Ambition.

One of the competitors was Canadian actor Callica, who has been in various TV shows and movies for not only his acting but also dancing.

He’s been in several Hallmark movies as the channel diversifies its offerings with more storylines featuring people of colour.

“It was like Hallmark going outside their normal mould, which was really cool,” he said.

People may know Callica from the Christmas movie called Christmas on Holly Lane, which airs on Superchannel.

For about the past five years, he’s been based in Vancouver while travelling back and forth between L.A. and Vancouver to work on the TV show The InBetween.

His other credits include Wayward Pines, Motive, The Romeo Section, Almost Human, The Bridge, and Power Rangers. 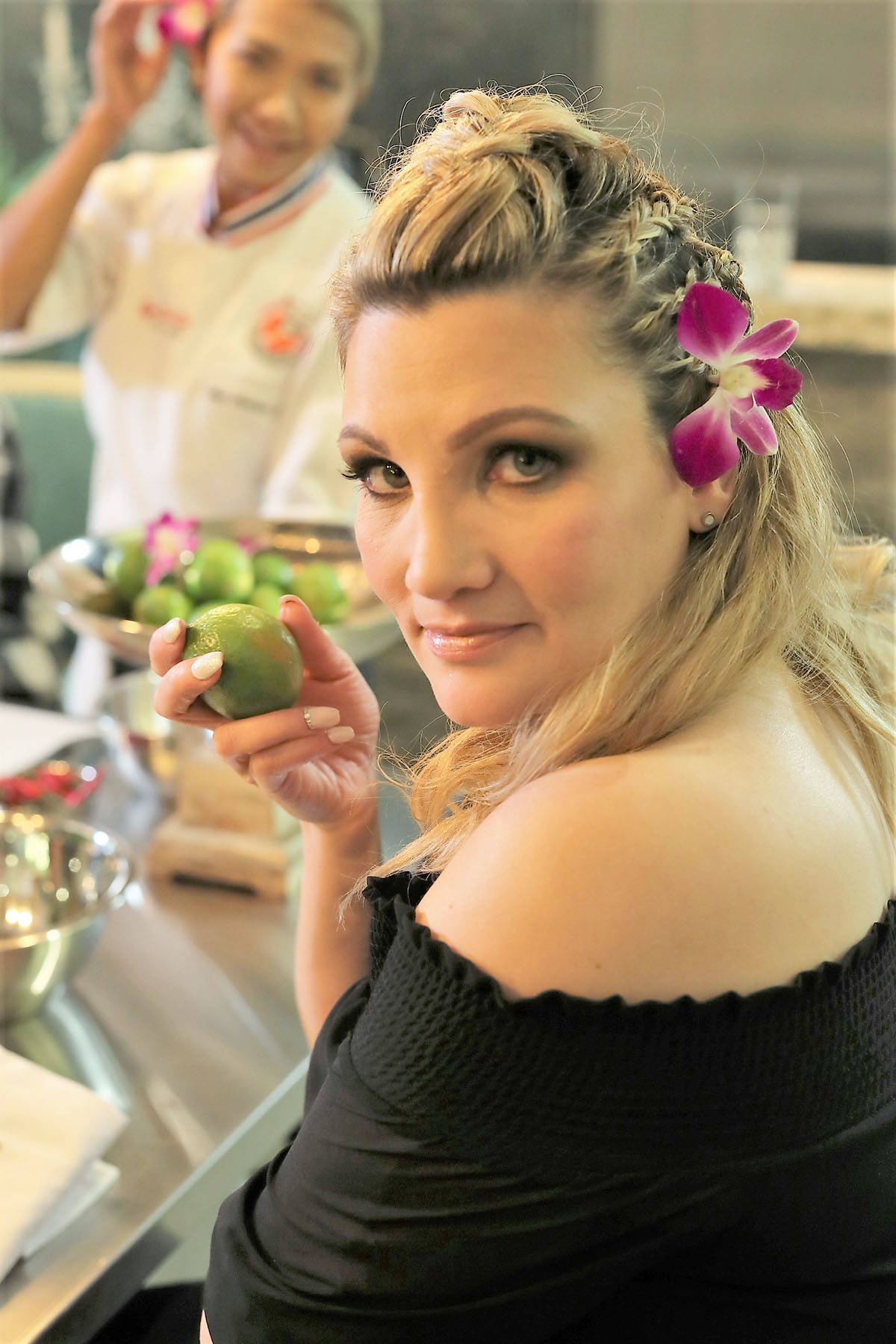 Host Laurie Belle, with chef Parinya Lopston, while filming a segment for Get Cooking with the Stars. (Dale Rollings photo) 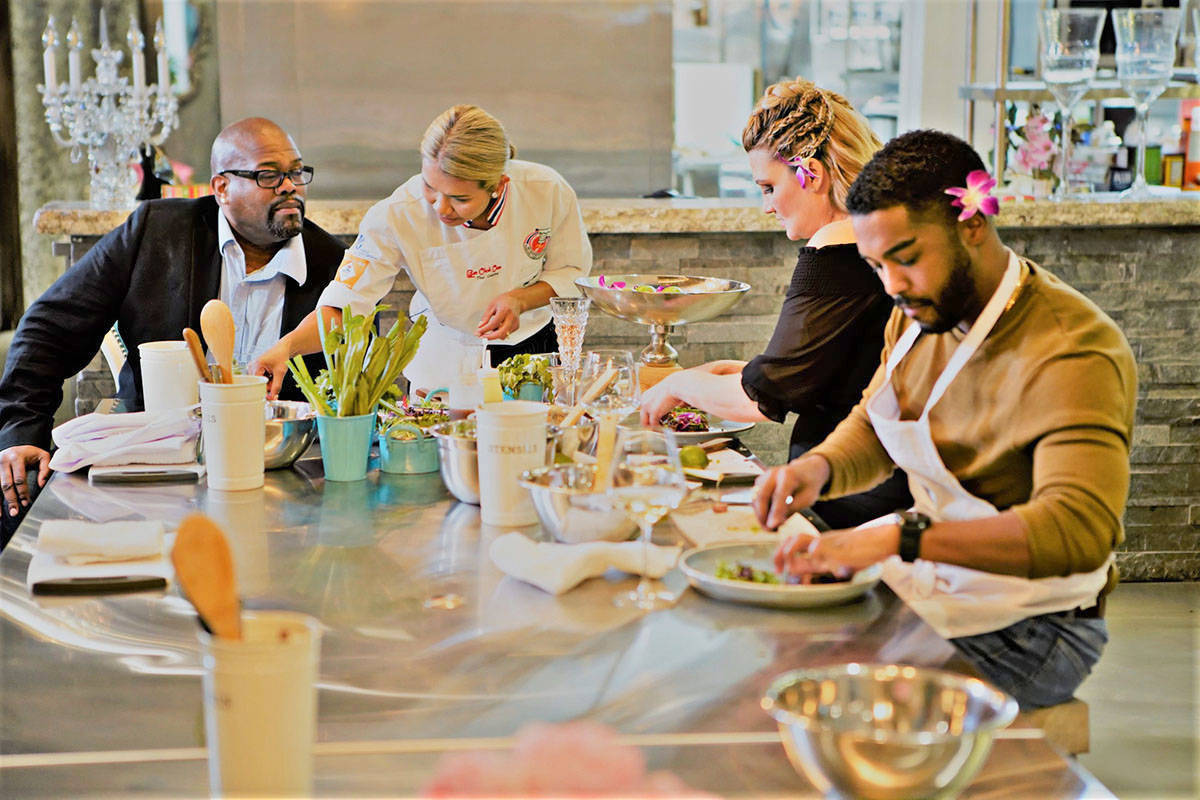 Boxing Day in Langley gets plenty out of bed early