It was a record-breaking show, with more cars, more spectators, more sunshine, and more fun than Dave Bifford can every remember before.

He’s referring to the BC Corvette Club’s annual Labour Day car show held Monday at Preston’s on the Langley Bypass.

The show, in its 16th year, was the biggest on record, explained Bifford, a Brookswood resident who helps coordinate the Langley show each year.

The club hosts a smaller show at the Lonsdale Quay in North Vancouver every Canada Day attracting 60 to 65 cars each year. But the end of the summer show is always in Langley – at Preston GM – and always considerably bigger, Bifford said.

Waiting for final figures, he estimated there were more than 110 cars – covering what he calls all seven generations of Corvettes (1953 to present) represented on the lot in front of the car dealership.

They were lined row upon row in with hundreds of spectators stopping by for a look.

Showing off his own personally restored 1962 Corvette roadster, Bifford said, the popularity of this show is in big part because it’s in Langley – the car show and car collector hub – and in part because of the support of Peter Heppner of Preston’s (the club’s sponsor).

The gates weren’t set to open until 10 a.m., so Bifford showed up an hour early to prepare. Much to his surprise, there were literally dozens of cars were already lined up down the bypass, waiting to get in.

Among those in line were Walnut Grove’s Brian and Lori Toop, who brought down two of their cars to this year’s show.

After polishing up their 2014 yellow Callaway Corvette Stingray convertible at one end of the lot, they then meandered past dozens of other cars and collectors to add a bit of spit and polish to their other vehicle, a 2000 C5 Corvette – also yellow.

It’s one of three Corvettes the family has, and Brian said they never miss this show.

“Why? Because it’s our club. We like going. We like the people, it’s a charity event, and it’s fun.”

Bifford said car collectors from throughout the Lower Mainland attend this show, which is now considered the top Corvette event of the year.

CLIP OF PAST SHOW 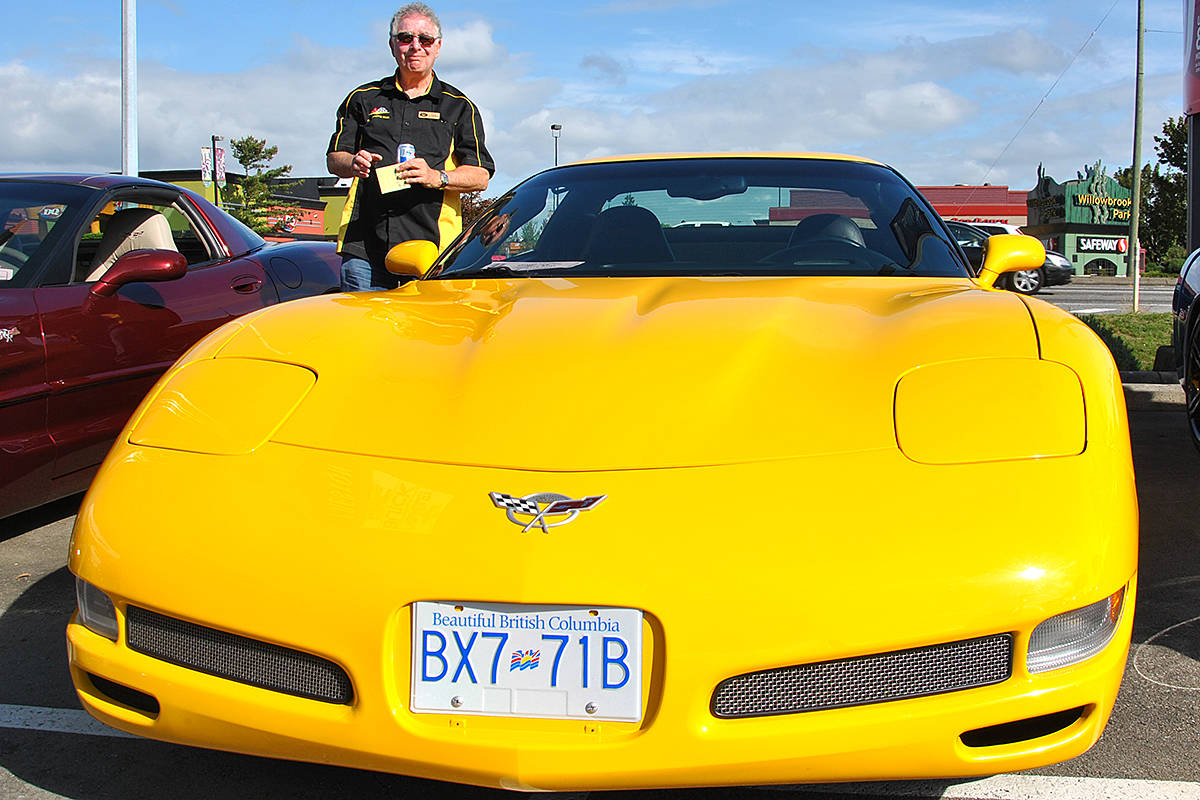 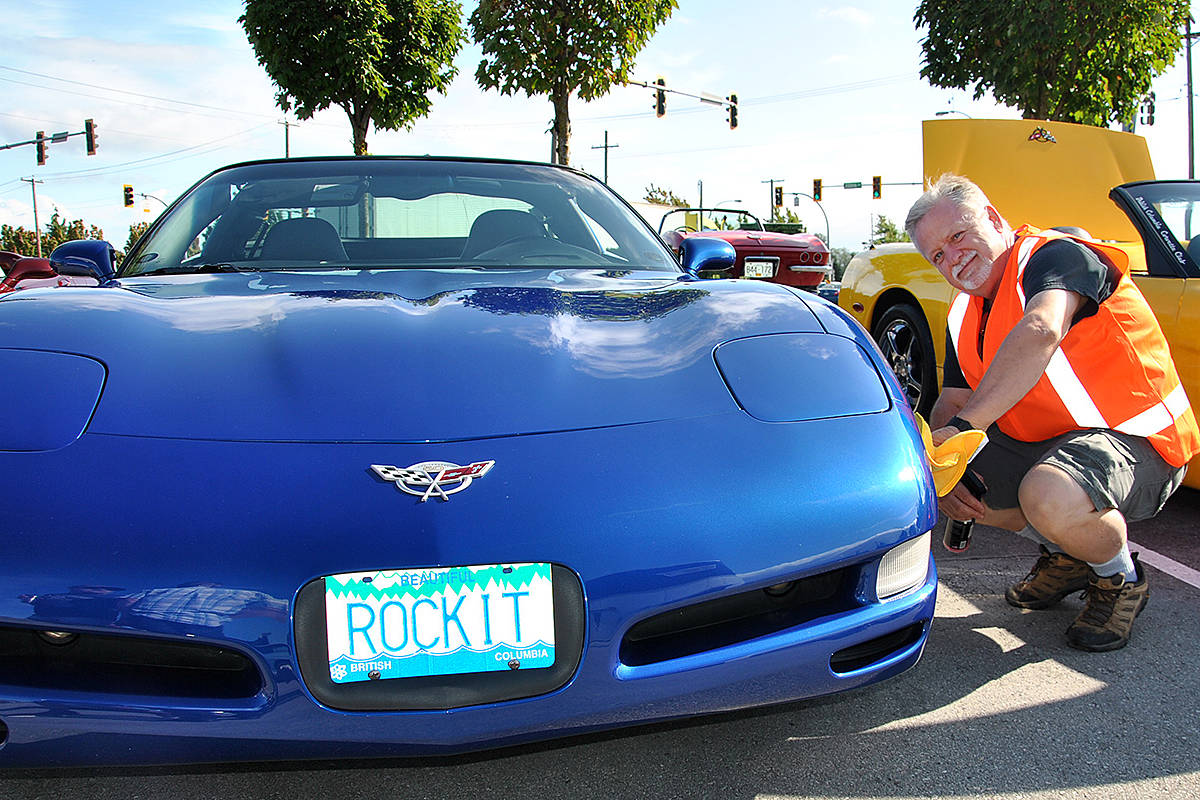