Third in a multi-feature series

As an inspiration for others, several Langley residents were asked to tell their tales of struggle, and the tools they used to help overcome those challenges.

This week, the Langley Advance Times shares the story of a woman trying to rebuild her homeland of Rwanda by providing future generations with opportunities to read and learn.

Much like the country of Rwanda has been rebuilt from the ruins of 1994 Tutsi genocide, survivor Elizabeth (Mujawamariya) Johnson has rebuilt her life and dedicated herself to ensuring such travesties never befell her homeland again.

The 52-year-old Walnut Grove woman is doing that one book at a time.

The primary goal of this organization is to bring literacy to Rwanda’s youth – and Johnson’s doing that by literally putting books in the hands of youngsters.

“As a diaspora, a mother, and a victim of genocide, I started Grace Rwanda believing that educating the new generation is one of the key tools to rebuild and reshape a nation,” she shared with the Langley Advance Times.

She knows first-hand what happened, and what it will take to rebuild.

Johnson lost much of her family in the 1994 genocide, which claimed the lives of her father, her sister and her seven children, her brother, several uncles, several aunts, cousins, nieces, neighbours, and friends “just because they were born Tutsi.”

She was spared because she and her two-year-old daughter Abran were living in the city of Kigali, where Johnson was working for the agriculture ministry as a veterinary technician doing artificial insemination for cows.

The horror started on April 6, 1994, when a plane was shot down, killing the president of Rwanda, Johnson recounted.

The subsequent blood bath continued until July 4 of that same year, when the Rwandan Patriotic Front regained control of the country and saved the few remaining Tutsi who were still hiding – like her.

At the end, Johnson found herself in a refugee camp in the southwest region of Rwanda known as Nyarushishi.

“The scars from the genocide are still hurting. Remember it is only 25 years ago,” she said. “Yes, we have to remember our past, but use it to aim for a better tomorrow – so the genocide can never happen again.”

Her journey back from all that has been a long one, and continues today.

“I have started writing my journey, and hopefully one day this book will be published. But, each survivor has a story, and we have to keep writing to document our history,” she elaborated.

In addition to the spiritual journey she’s making in the aftermath of the genocide, Johnson experienced a significant geographic journey, too.

Johnson brought her young daughter to Canada in 1999. Mom would go on to get her Grade 12 equivalent, a business management degree, and her masters, while desiring to start on her PhD.

While doing all that and raising her daughter, she also worked, fell in love and got married, and started a charity dedicated to helping other genocide survivors and younger generations heal and move forward.

Now, all these years later, she’s literally come full-circle – again geographically speaking – returning to live in Rwanda much of every year.

Since early 2016, she and her husband, Paul (Rugwiro) Johnson, have provided ministry to the people on the ground in Rwanda.

“I believe God is using my testimony, along with other RwandanTutsi genocide survivors, to portray the message of healing and forgiveness in action,” she said. “To prove that we all can forgive, and build the life and nation we want for us and the generations to come.”

Johnson believes she needed to be part of the reconstruction of the country through community development efforts through Grace Rwanda and Ineza Foundation, and mainly through “the change of the hearts of my fellow country-mates,” she said.

“I was not afraid at all, but encouraged,” Johnson said of her return home. “Every day, we deal with survivors, offenders, innocent children born after our horrible history. But, in all, we are working with Rwandans working hard to rebuild their country, and facts of success are visible.”

While embarking on a number of humanitarian efforts, the focus for Johnson and her team remains bringing books to every village and every community, so the new generation – the children and youth – can get access to reading resources where they are, without limitation of financial capabilities.

Providing more than 30 locations with donated books, they find that kids have started to believe in dreams and inspirations.

“They want to be pilots, mechanics, engineers, nurses, like in the stories they read in the books,” she said, proud of the accomplishments thus far. “We are starting to see writers, where children and youth are writing their own stories.”

Relying on books collected in Canada, Grace Rwanda (in part through the Rotary’s World Health Network) Johnson ships those and some other necessities to Rwanda, enabling them to stock libraries and youth centres and churches around the country.

“I believe that we all need to have a purpose in life. What we do determines who we are, and how we want to be portrayed in society,” Johnson said.

This is why she and Paul are devoting their lives to this cause – fighting for everyone’s right to an education.

Beyond the milestones currently being achieved by Grace Rwanda and the Ineza Foundation, Johnson hopes this vision can live on past her.

She hopes to see a training centre, community library, and cultural centre opened on their property in Kigali that would serve kids beyond her lifetime – a facility that would “carry on our work for sustainable development and to keep the light of kindness running,” she said.

That is all dependent, of course, on the financial and in-kind donations they continue to receive, primarily from individuals, Rotary Clubs, churches, and Langley businesses that she established relationships with during her years in Canada.

“I have chosen to serve, to give it all to my countrymates, whether they lived the genocide, or have heard of it only,” Johnson said.

“The impact or legacy I want to leave to the new generation is to do good, to serve when you can, and to change the lives of others through acts of kindness,” she said.

“In my mother tongue –Kinyarwanda – there is a saying : ‘Ukora neza, ineza ukayisanga imbere,’ meaning you do good to others, and you will meet that goodness in the future. When you invest in others, you are investing for yourself, for your country, for the world.”

Johnson was born in Rwinkwavu, a small mining town in Kayonza District, Eastern Province as the youngest in a family of six. She was raised as any other developing country child, with minimum necessities and because they were born Tutsi, they had no option to pursue education.

Being back in the developing country now, all these years later, she explained that she and Paul live modestly off their minimal personal savings and retirement funds, eating “as locals, not as international NGO or expatriates” farming part of their land, and producing basic foods such as beans, banana, vegetables, and fruits.

For her, it’s living life as her father wanted her to. She saw her father only three days before the genocide, when he was killed and dumped in a latrine.

“He left me a few words that inspired me to be who I am today. He told me and my sister during this last visit at Easter 1994: ‘My kids, do not stop loving each other, and do good to others.’ I believe his last words still play a major role inspiring me in my work here in Rwanda.”

In his honour, Johnson strives to live her life the way he suggested.

“I believe we are called to serve not to be served, and we reach this by putting others first,” she shared.

Realization: A little self-love is in order

• Stay tuned for another story in the series next week… 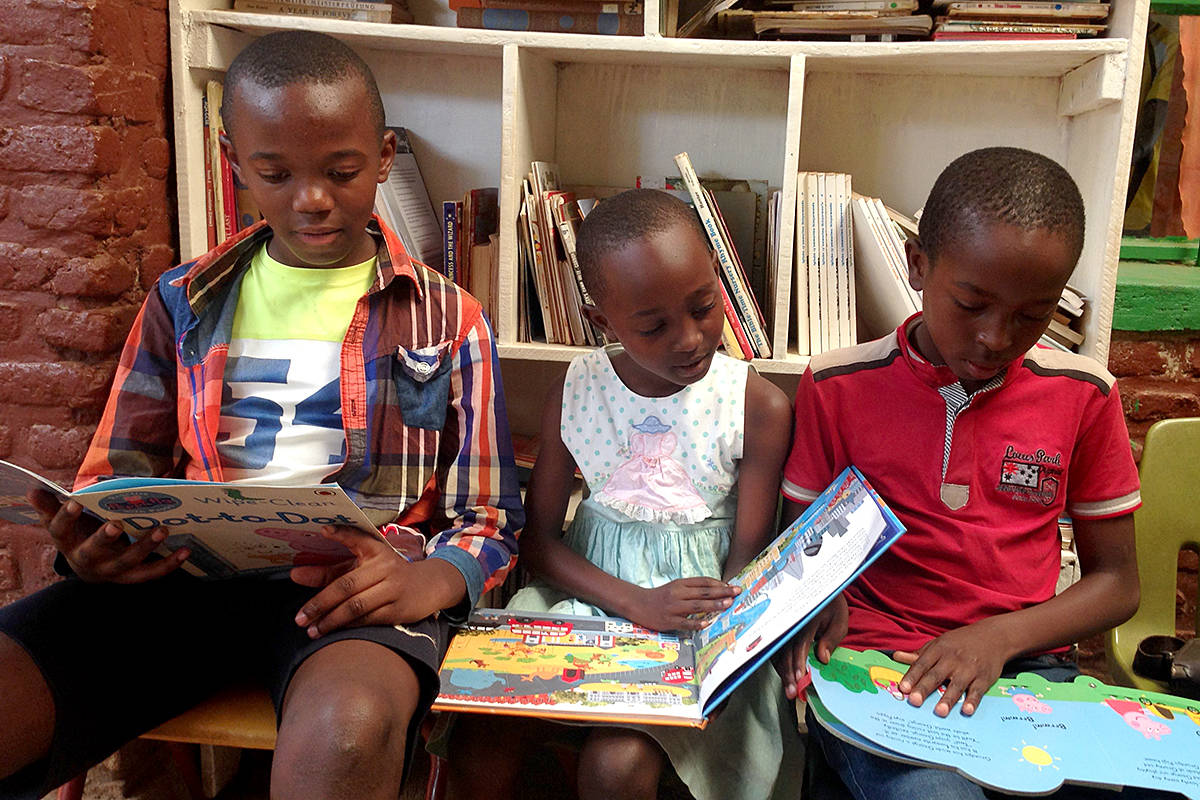 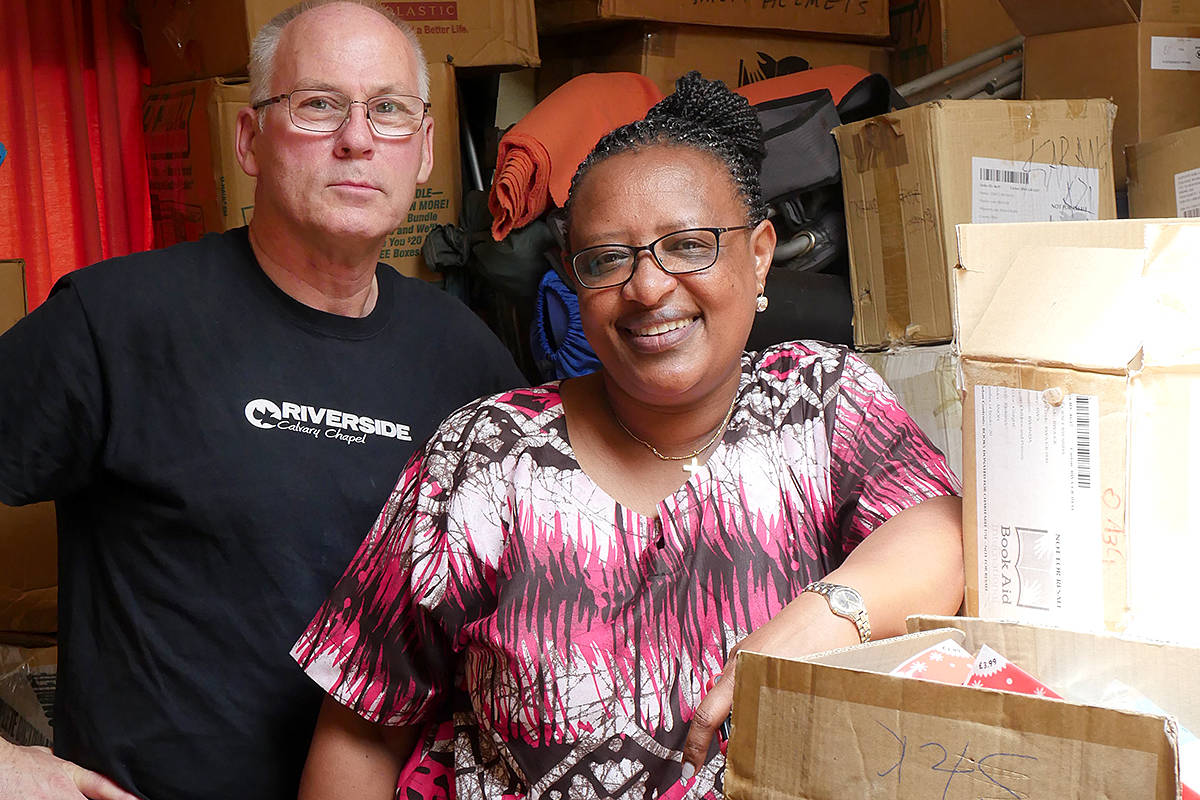 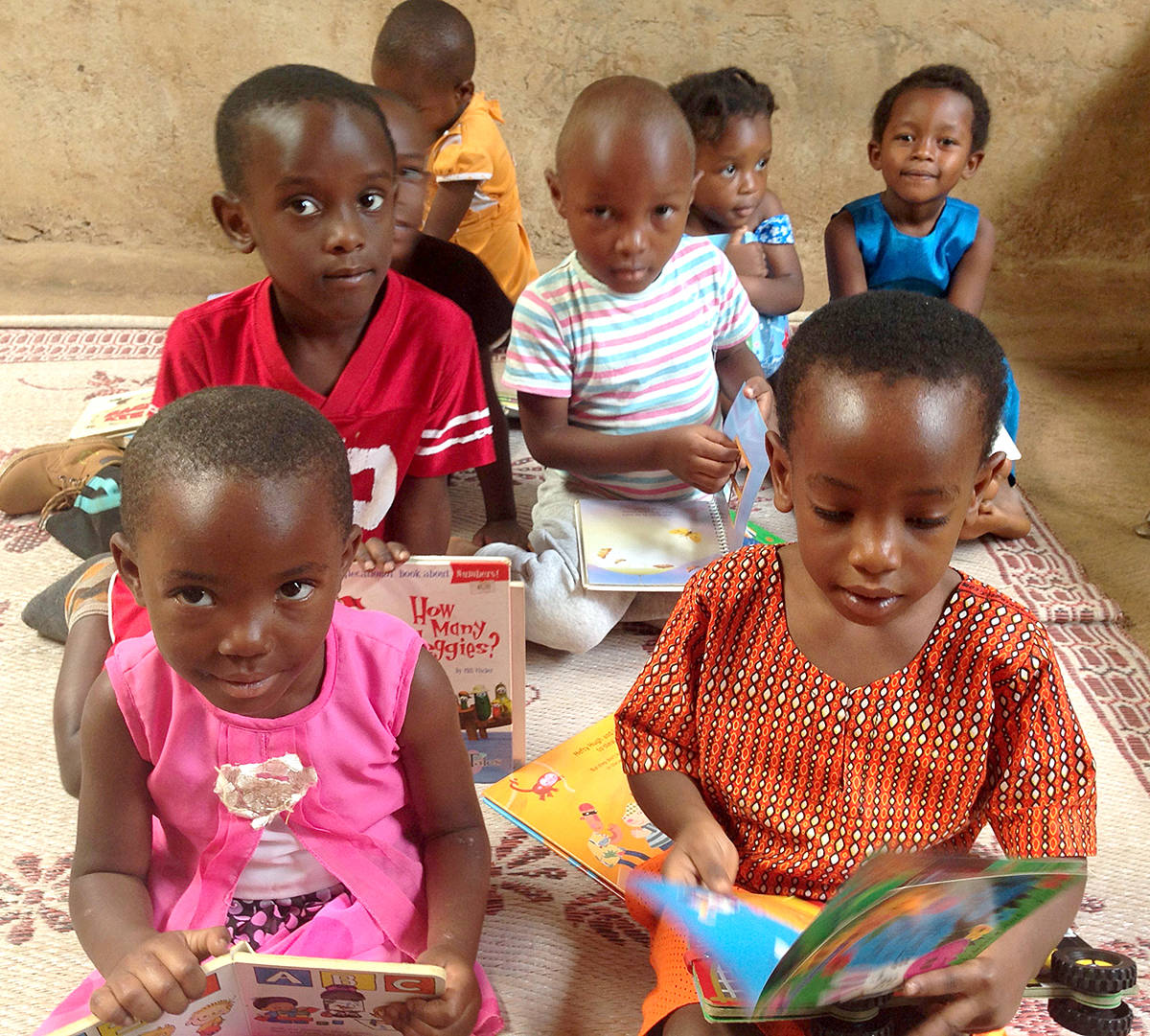 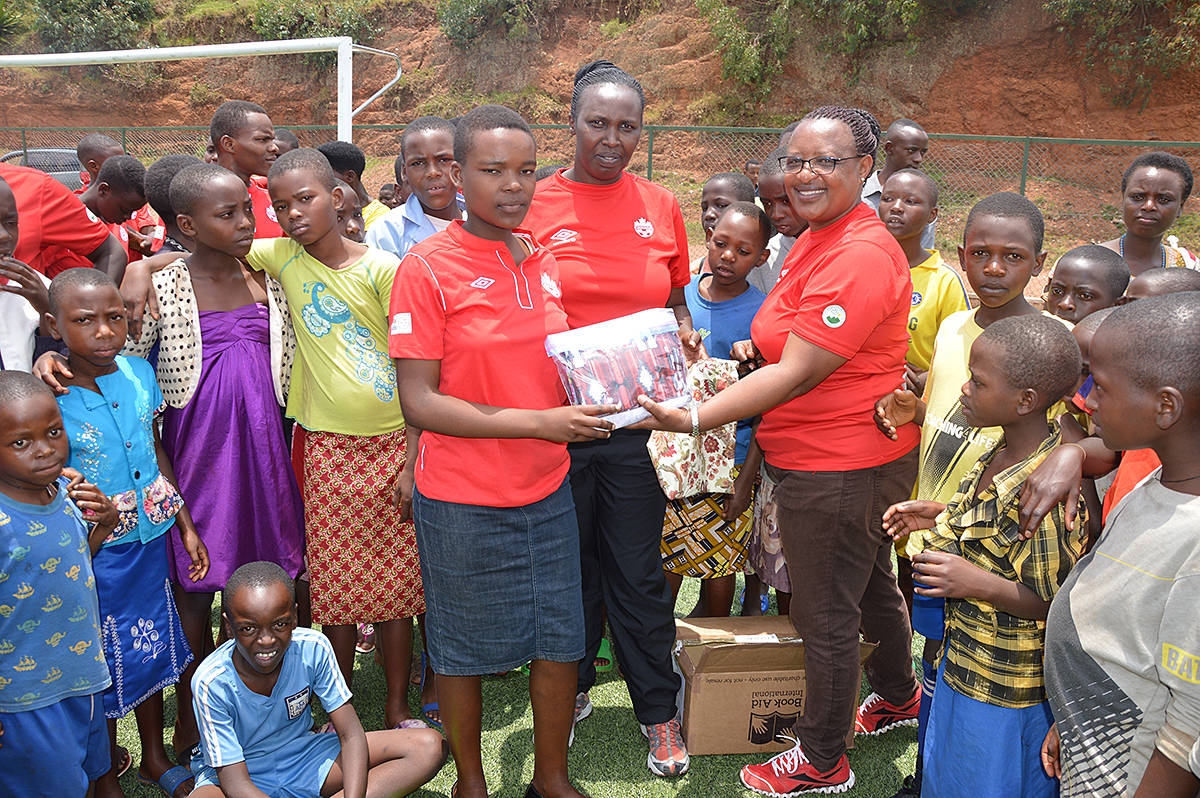 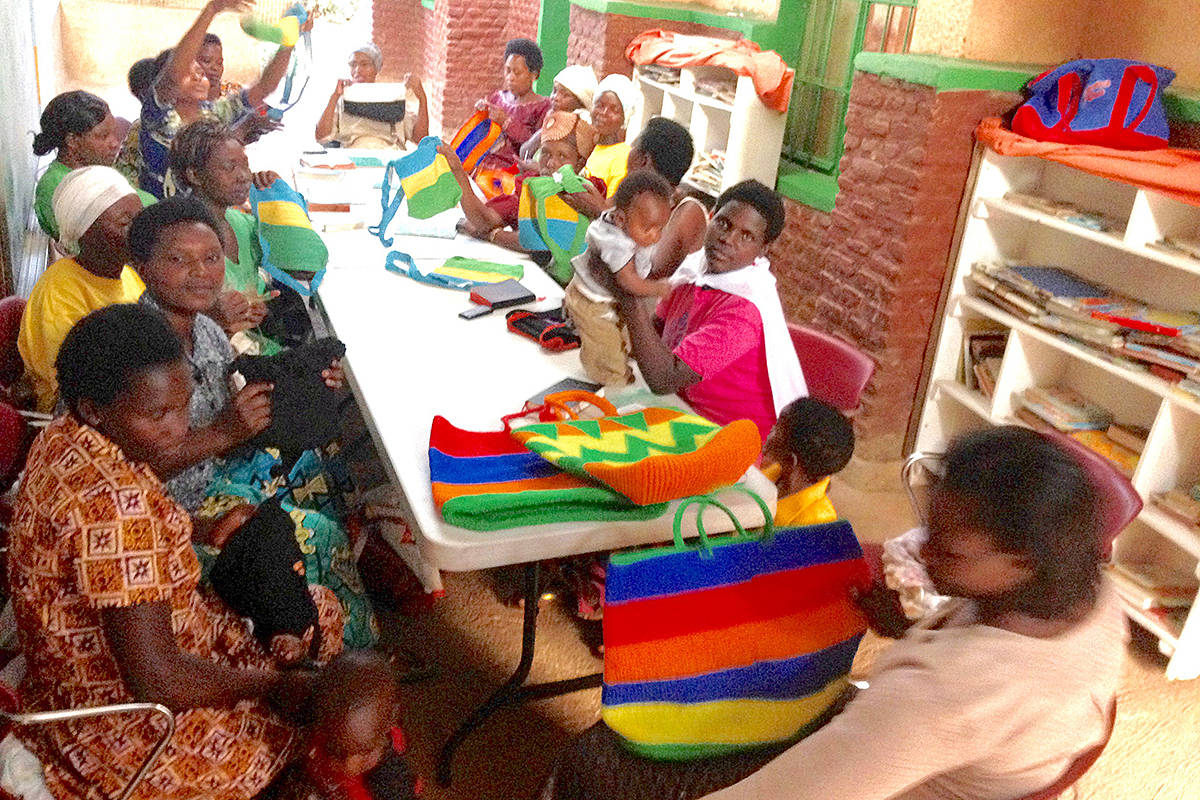 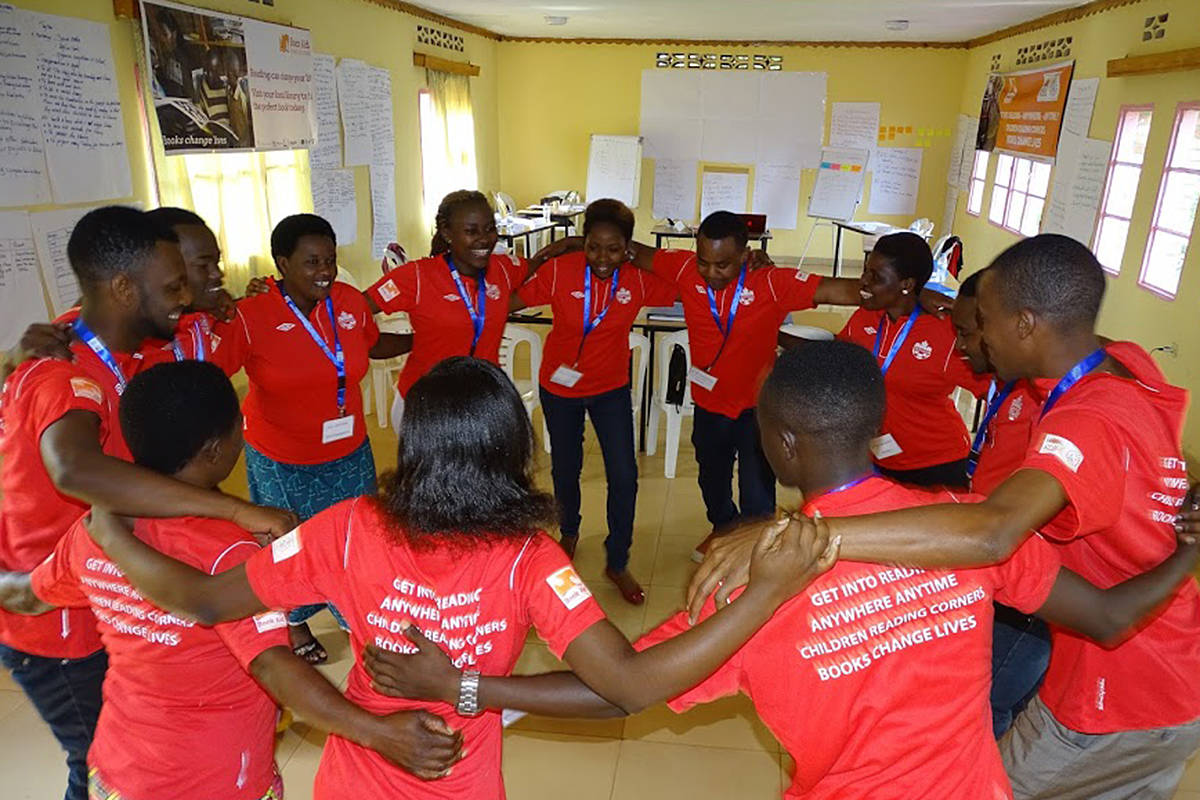 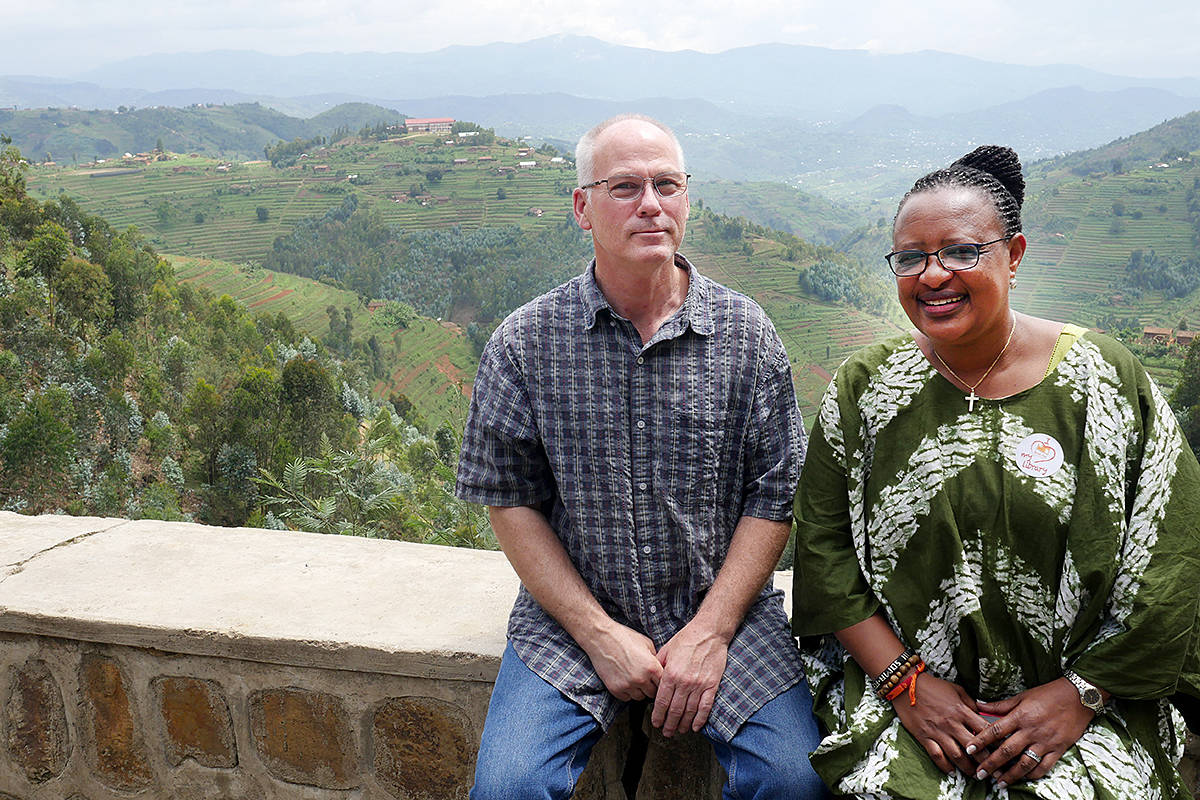 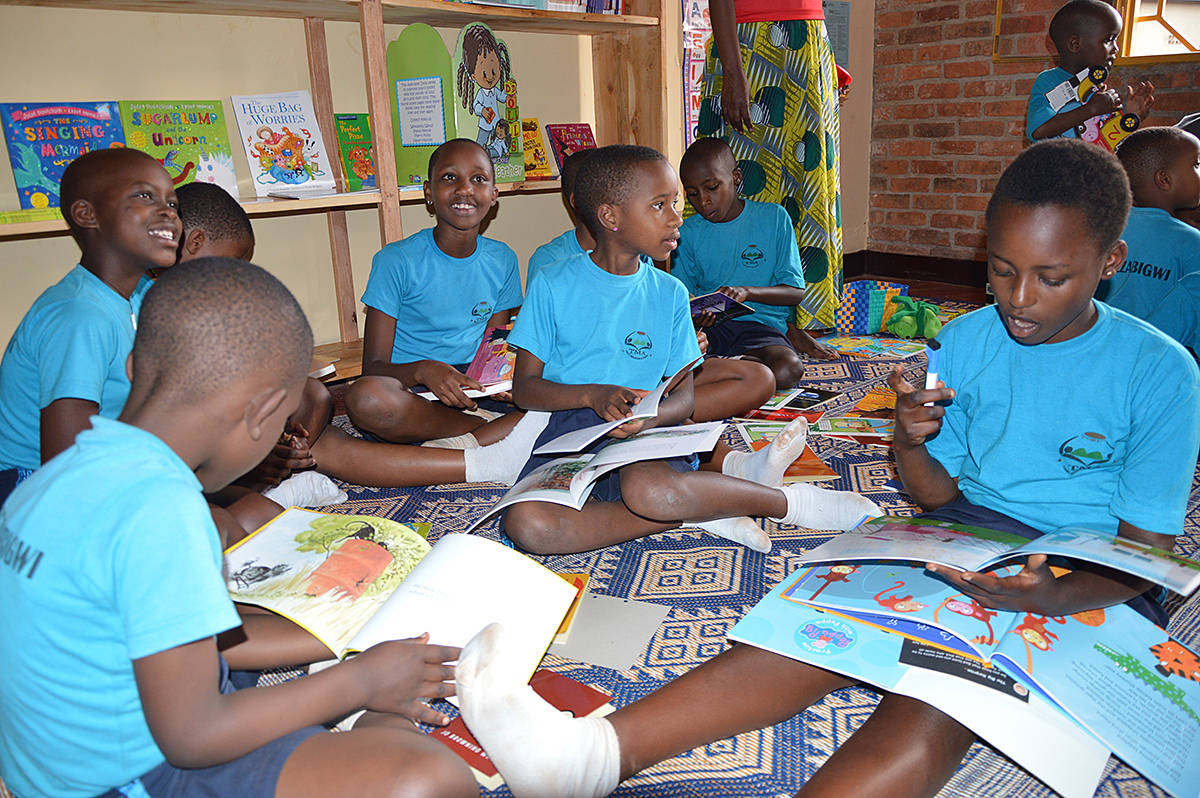 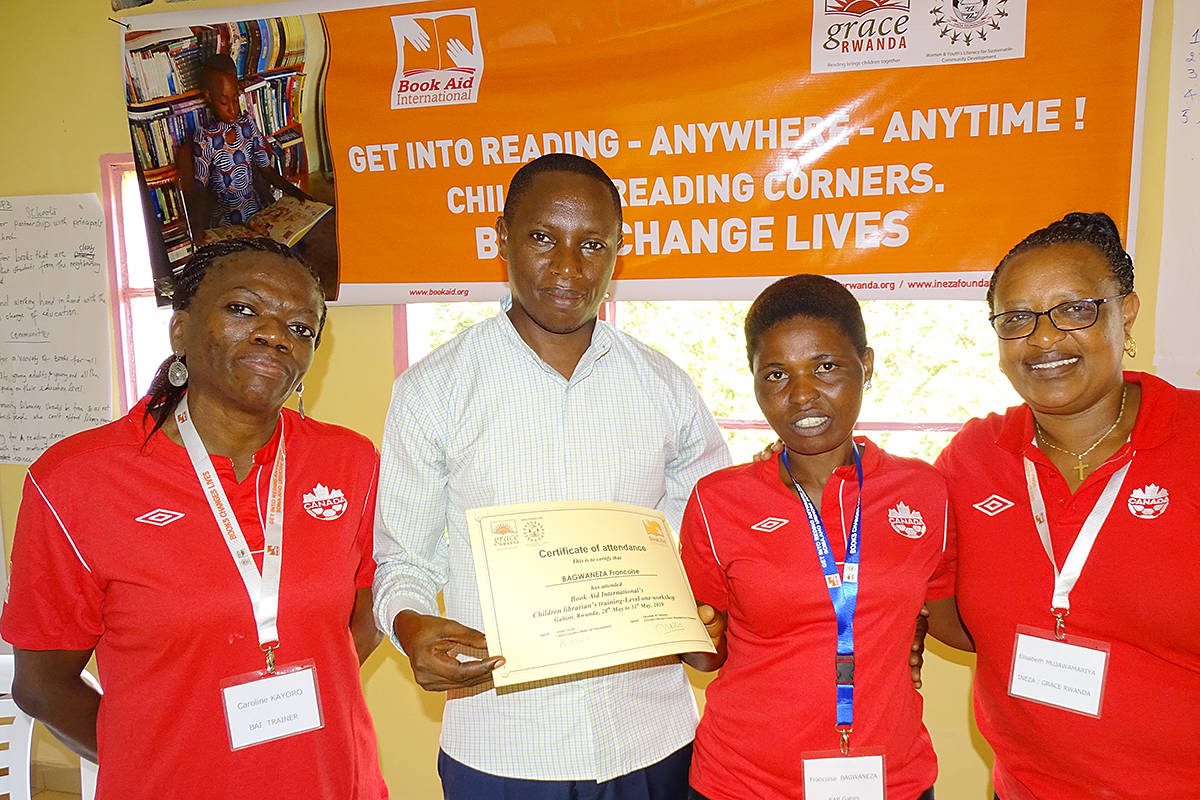 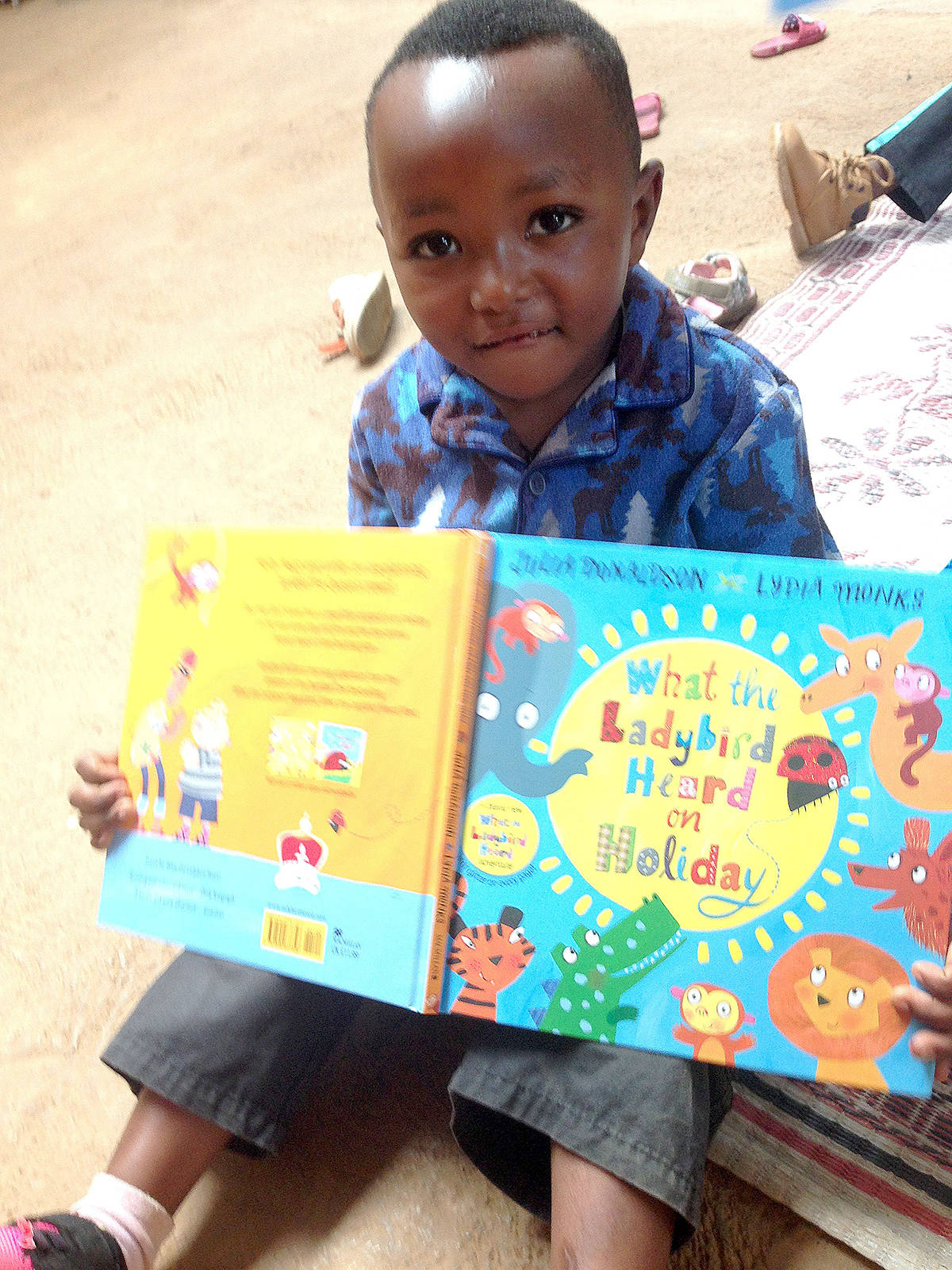 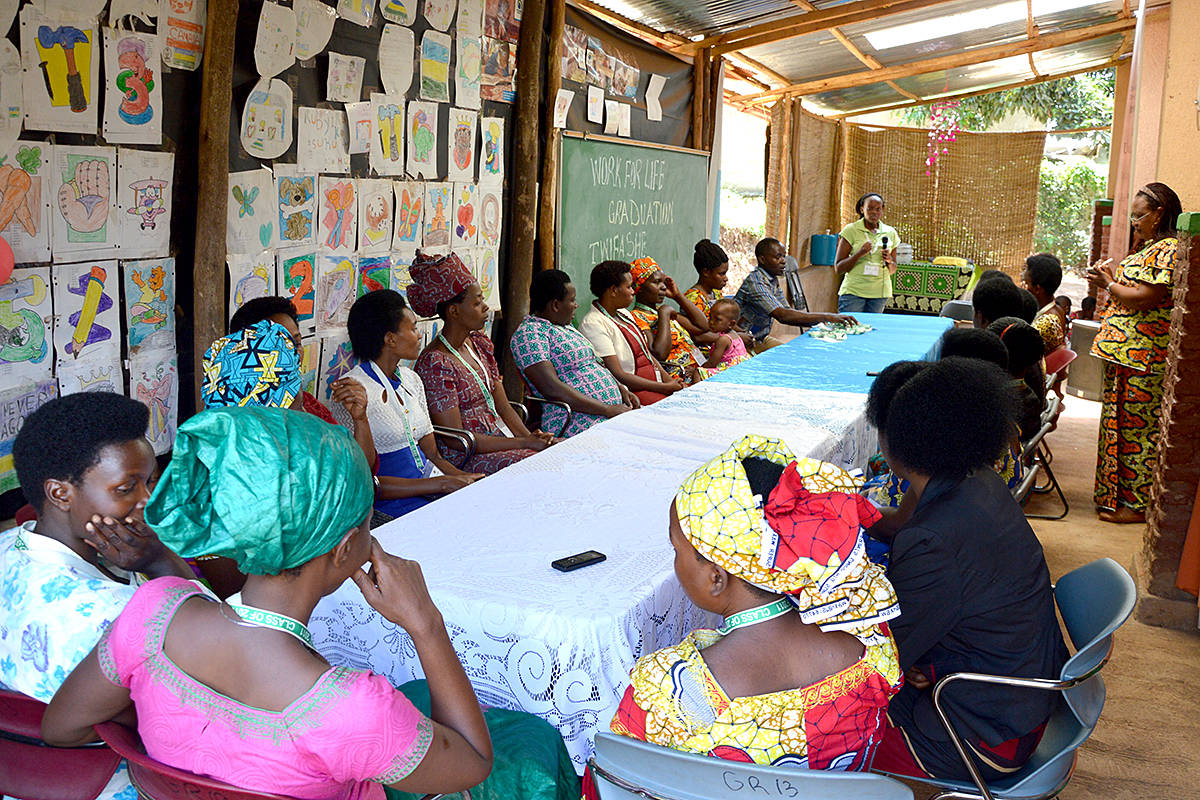 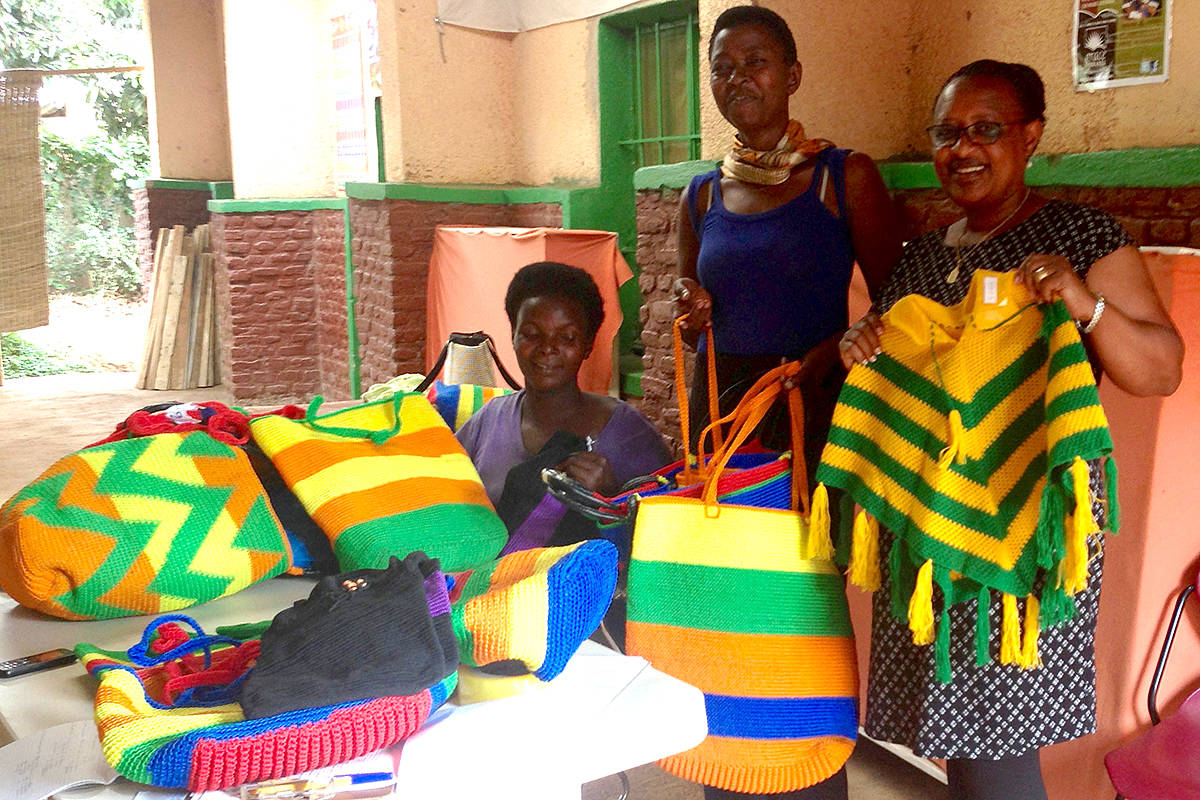