Members of the film and television industry took their show on the road this past weekend.

And it should be no surprise to anyone in Langley that the first stop was the village of Fort Langley, where literally dozens of movies, TV show, commercials, and even music videos are filmed each year.

A series of organizations involved in the film and television industry in B.C. – uniting under the BC Creates umbrella – are trying to take a more cooperative and proactive role in saying thanks to the communities that help host and ensure the continued growth of the local film production, explained Leslie Wootton, representing the Motion Picture Production Industry Association of BC.

Her group was just one of many that have joined in a collaborative outreach effort, wanting to visit various communities and to recognize what she called “the vital role” these municipalities – such as the Township of Langley – play in this province’s “thriving” film & television industry.

They did that Saturday, by hosting a free community picnic at Fort Langley Elementary. It was a way to show appreciation to the businesses, individuals, and organizations that make it possible to keep “doing what they do,” said Creative BC’s Marnie Orr.

Activities at the picnic included a chance for people to audition with special effects, pose on the red carpet with an Oscar Award, dunk production personnel, as well as partake in some “authentically delicious craft service,” movie fare, and prizes.

At least 120 people stopped in over the afternoon, Wootton said.

“There was a steady flow of people, all day,” she said.

“It was really well received. It was a good start,” she added, speaking of plans to hold other community outreach events in other B.C. towns in coming weeks and months.

Wootton and Orr specifically pointed fingers at Langley’s film coordinator Isabel Picotte and Township senior manager Val Gafka – who were both present at the picnic, along with Mayor Jack Froese – for constantly “going above and beyond” to facilitate the film industry.

They’re “unsung heroes,” Orr said. “We appreciate all their help.”

From Bates Motel to Once Upon a Time, Twilight, Night at the Museum, Arrow, and Air Bud — to name a few – Fort Langley and the Township have an “impressive list of credits,” demonstrating a significant contribution to B.C. ‘film friendly’ reputation, Wootton said.

Last weekend’s community picnic was the first of what the BC Creates team expect will be many such events throughout the province.

BC Creates is a branded communications initiative established by creative industry stakeholders to celebrate and engage British Columbia in the story of the province’s vibrant creative economy: www.bccreates.com. 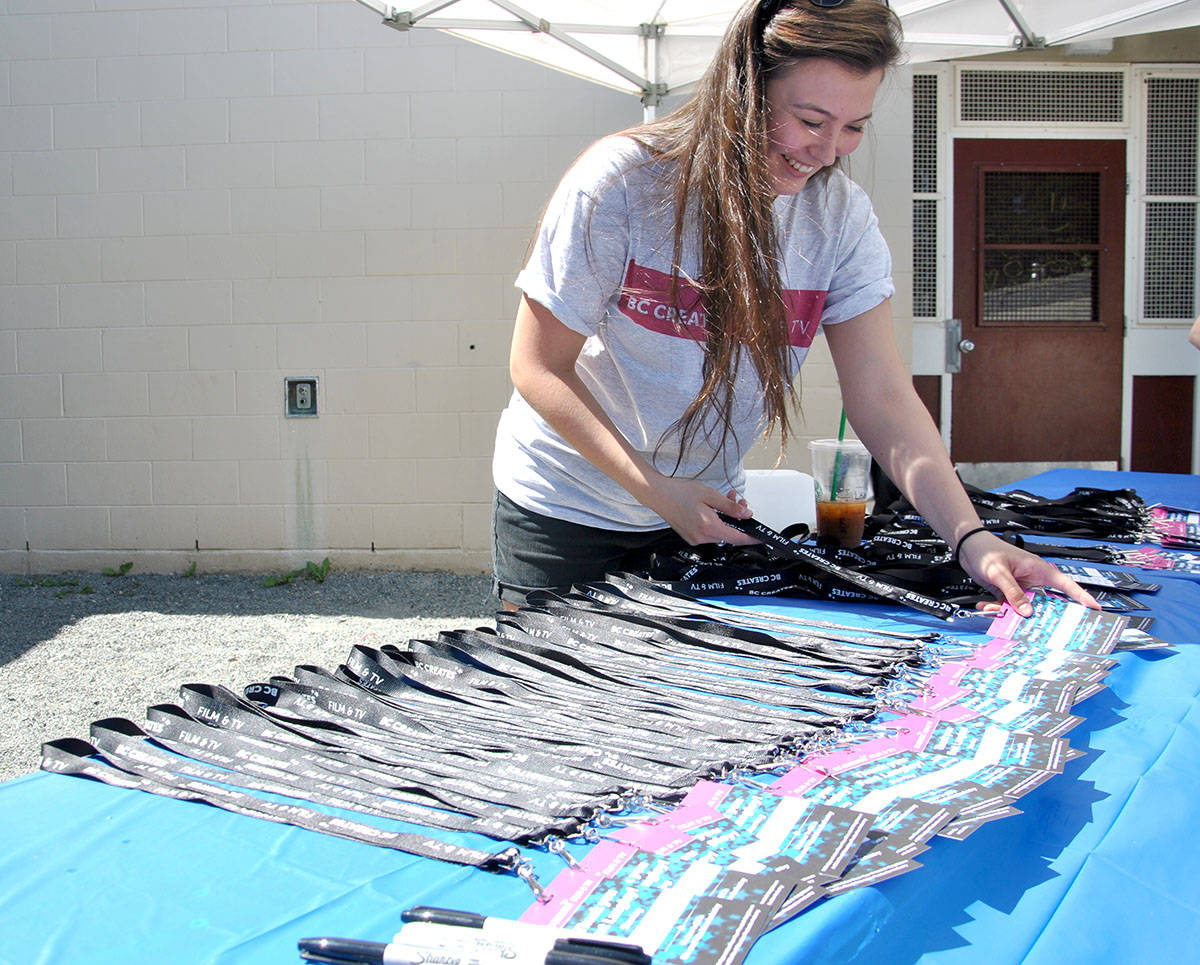 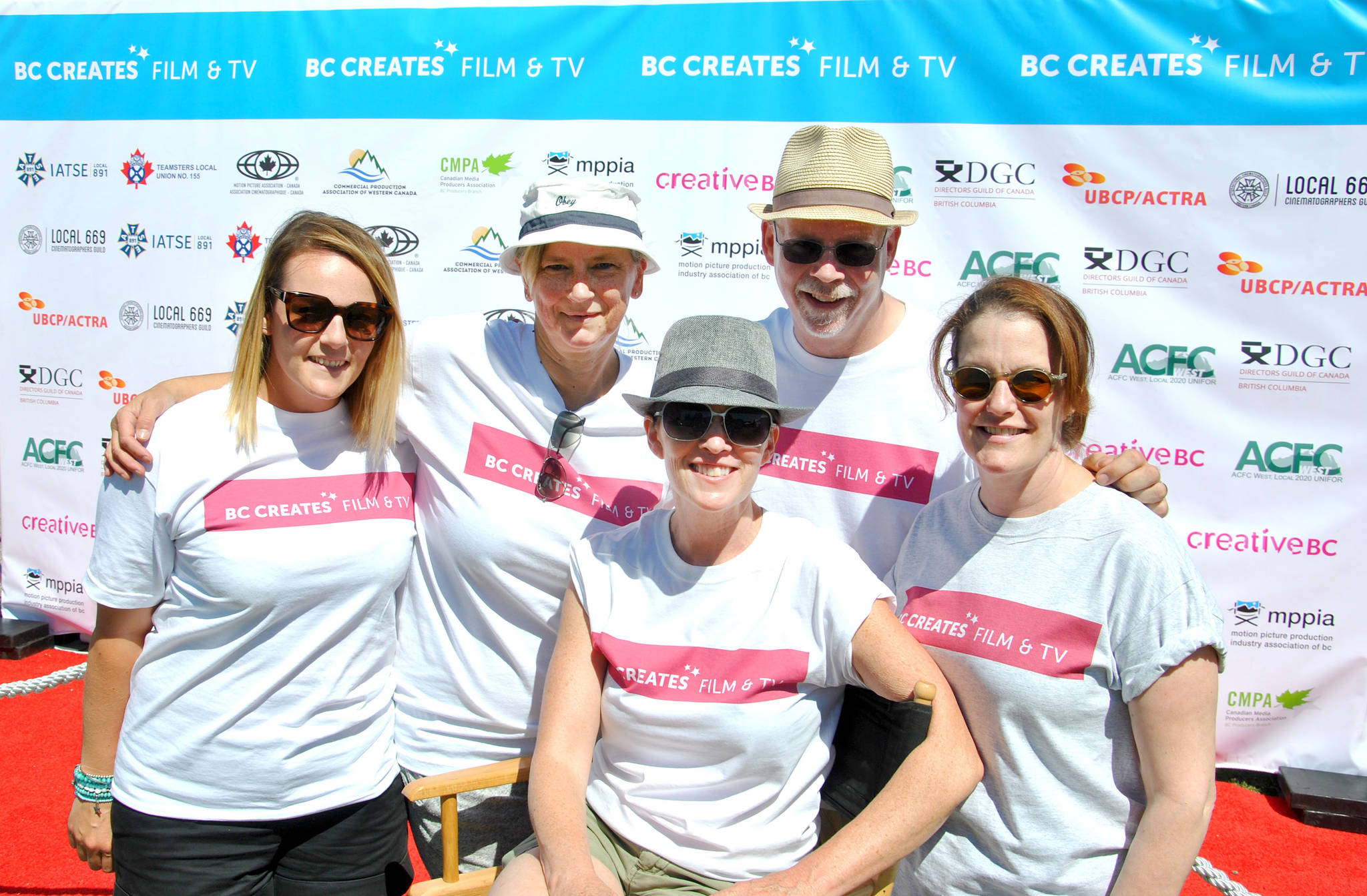 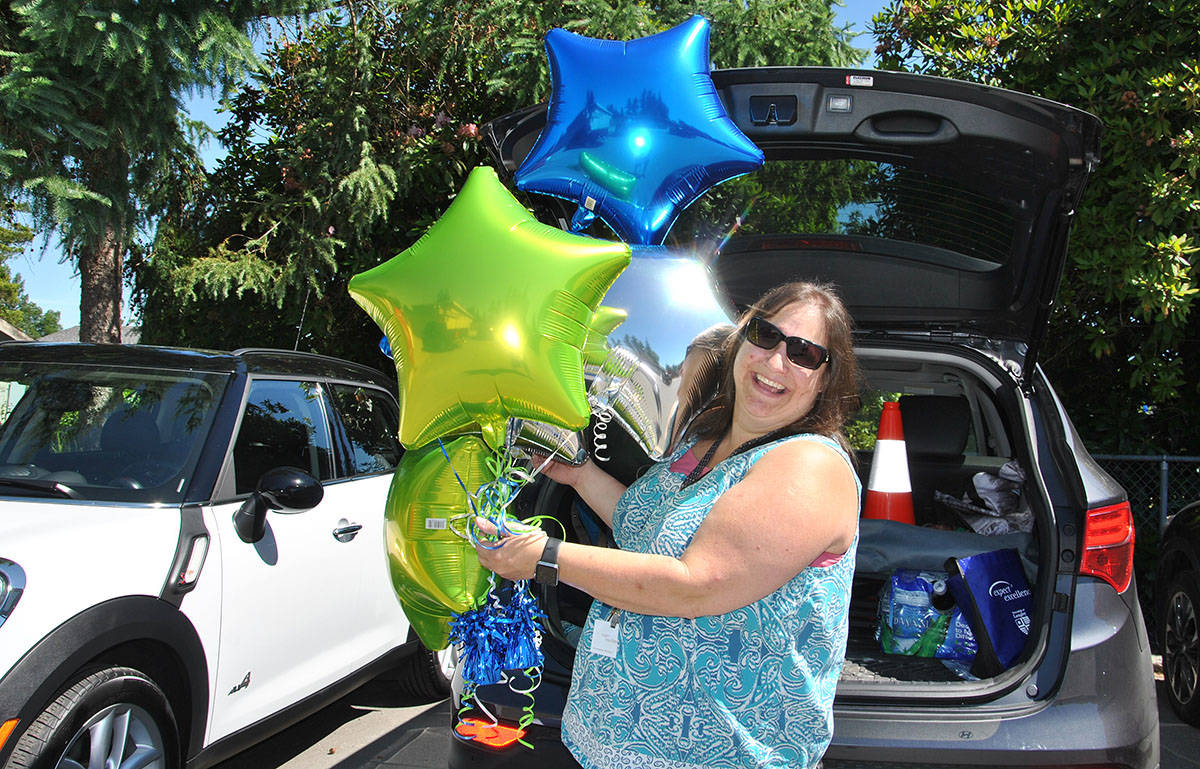 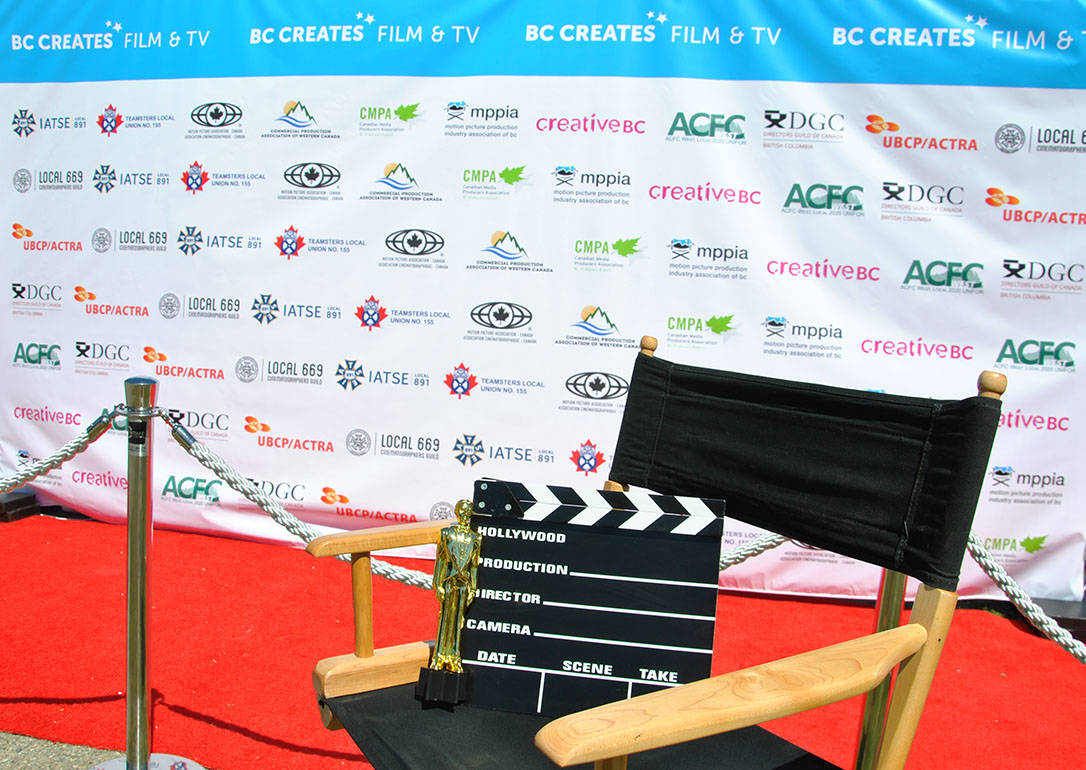 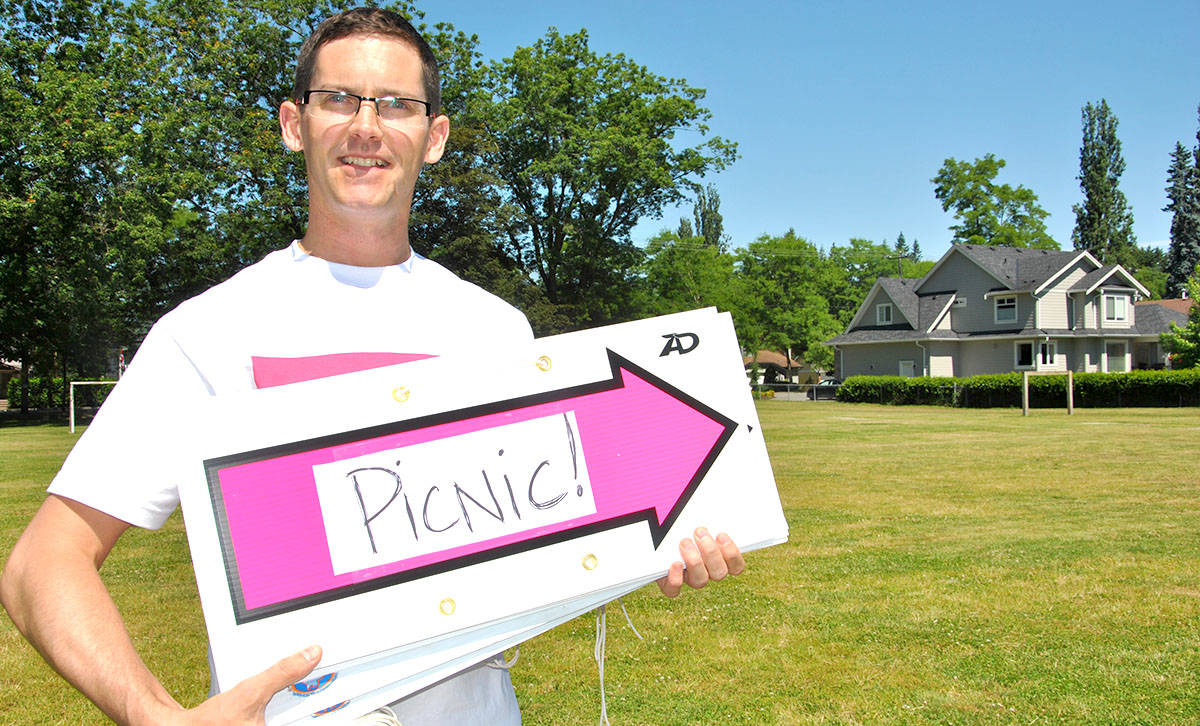 Signs with large arrows and cryptic initials or words are common place in Fort Langley, usually pointing cast and crew to the scene of the latest filming going on in town. Saturday, these signs pointed the way to a free community public picnic, an appreciation event held on behalf of the film industry. (Roxanne Hooper/Langley Advance)