Cierra Foster will be camped out in the parking lot of the George Preston Recreation Centre this Saturday to bring awareness and help to homeless in this community.

But it’s not a public protest being organized by this 19-year-old Brookswood woman.

Instead, it’s a collection depot being set up from 10 a.m. to 1 p.m. to gather blankets, warm clothing, blankets, shoes, toques, gloves, new undergarments, toiletries and feminine hygiene products, and even grocery store gift cards, food items, and pet food for distribution to homeless both here in her own community of Langley, as well as in Vancouver this holiday season.

Her campaign, dubbed Reason for the Season, started a few years back.

This year, she’s collecting locally on Saturday, with plans to distribute the donations on Dec. 23.

“Our team of volunteers will set up a booth to hand out the donations, along with hot beverages and food,” she explained.

“With the generous help of our community of local donors, we can brighten the holidays for those living on the cold streets,” Foster said.

She started the Reason for the Season campaign two years ago, in Vancouver’s Downtown Eastside, where she and a handful of friends distribute items to homeless along Hastings Street.

Last year, she brought that campaign to her own backyard, delivering care packages to Langley’s homeless.

“I’d really like to see our community come together and support the homeless, and this is just going to have to be a project that I make bigger,” she previously told the Langley Advance.

“Even the smallest donation is greatly appreciated,” she added, noting donations can be dropped off in the east parking lot of the rec centre in Brookswood, or people can email her at cierradfoster@gmail.com.

If people are interested in assisting, they can also email her. 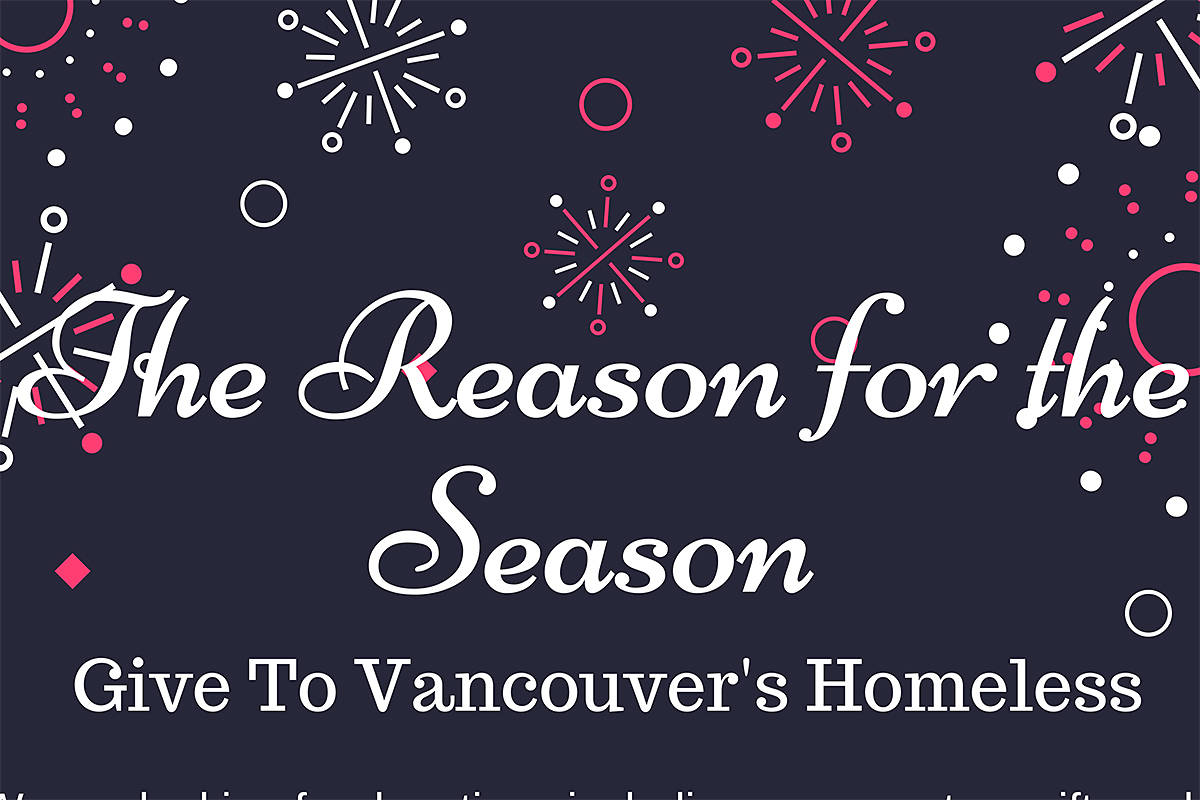