One hundred riders on 60 motorcycles pulled into Derek Doubleday Arboretum in Langley Township on Saturday following the pathways leading to the Afghanistan Memorial Monument, the Walk to Remember.

As they headed toward their destination along Hwy. 1, they had been greeted by a Township of Langley Fire Department ladder truck with flashing lights, displaying a giant Canadian flag on the 248 Street overpass on the highway, not far from the sign that declares that section of the route to be the “highway of heroes” in recognition of Canadian soldiers who gave their lives.

It was the eighth annual Memorial Ride for the Fallen to honour Canada’s fallen soldiers in Afghanistan, traveling from Vancouver to Langley.

Canadian flags lined the walkway which contains the names of each of the 158 Canadian troops killed in Afghanistan, and a tree been planted in memory of each of them.

Event organizer Barry “Brutus” Drews said attendance was up from the previous year, when an estimated 50 riders took part.

The event honours Silver Cross families “whose loved ones paid the ultimate sacrifice in service of our country” Drews said.

They are the next of kin of Canadian soldiers who died on active duty or whose death was consequently attributed to such duty.

There were five families present for the event including the parents of Pte. Garrett Chidley from Langley, who was killed on duty in 2009 – his mother, Sian LeSueur (who attended with Brad LeSuer), and father Cam Chidley (who attended with Wendy Chidley).

“This is why we did it,” Pratt said, watching the wreaths being placed in preparation for the ceremony.

“The point of something like this is so we can remember those who fell every day of the year.”

READ MORE: Langley siblings ‘being the change’ they want to see in the world

The site, which was donated by the Township is the largest Afghanistan memorial of its kind in Canada.

The memorial structure was features a single column, representing a tree with its life cut short, wrapped with a metal ribbon engraved with the names of the fallen.

The last post sounded, then the ”Ode of Remembrance” taken from Laurence Binyon’s poem, “For the Fallen” was read out.

“They shall not grow old/as we that are left grow old:/Age shall not weary them, nor the years condemn.

Those present responded together.

“We will remember them.” 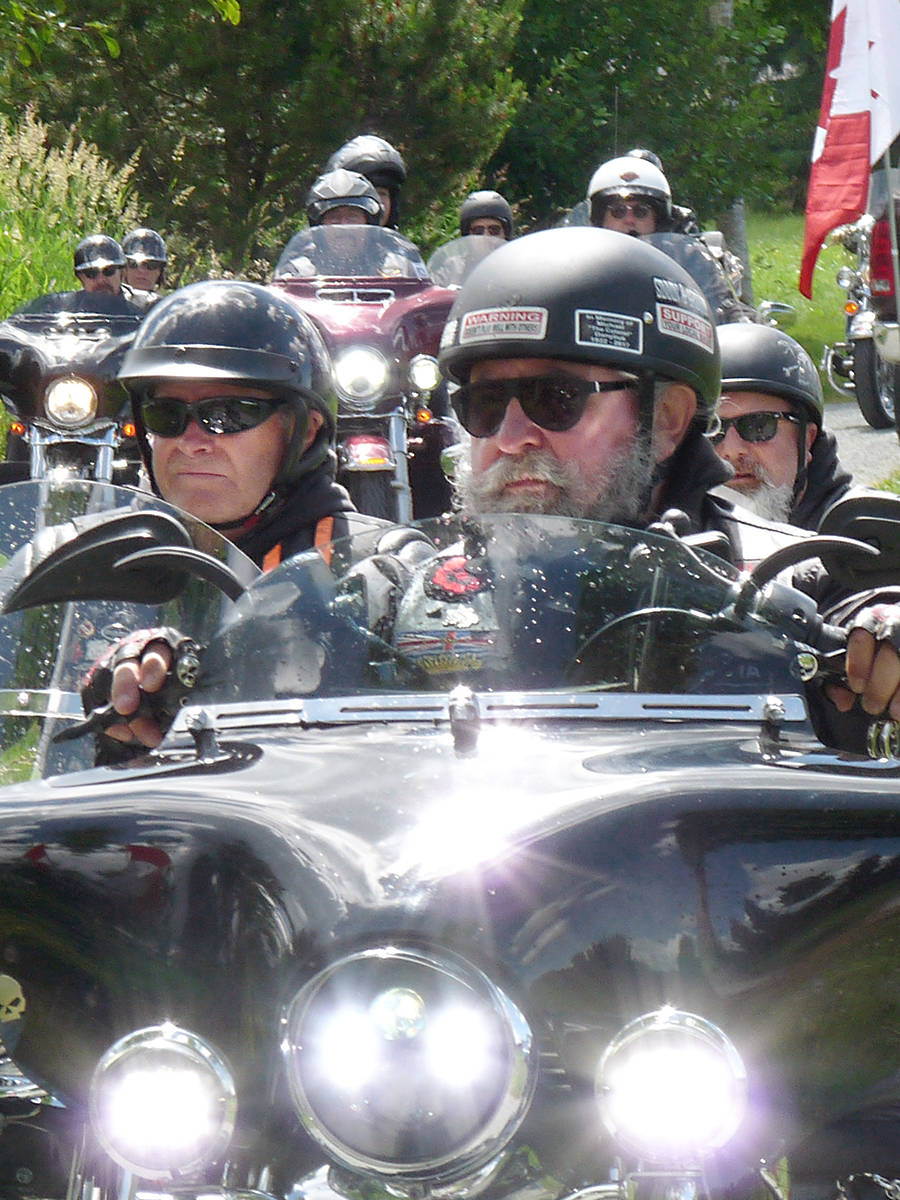 Some of the bikers who took part in the annual Ride for the Fallen through Langley. Dan Ferguson Langley Times 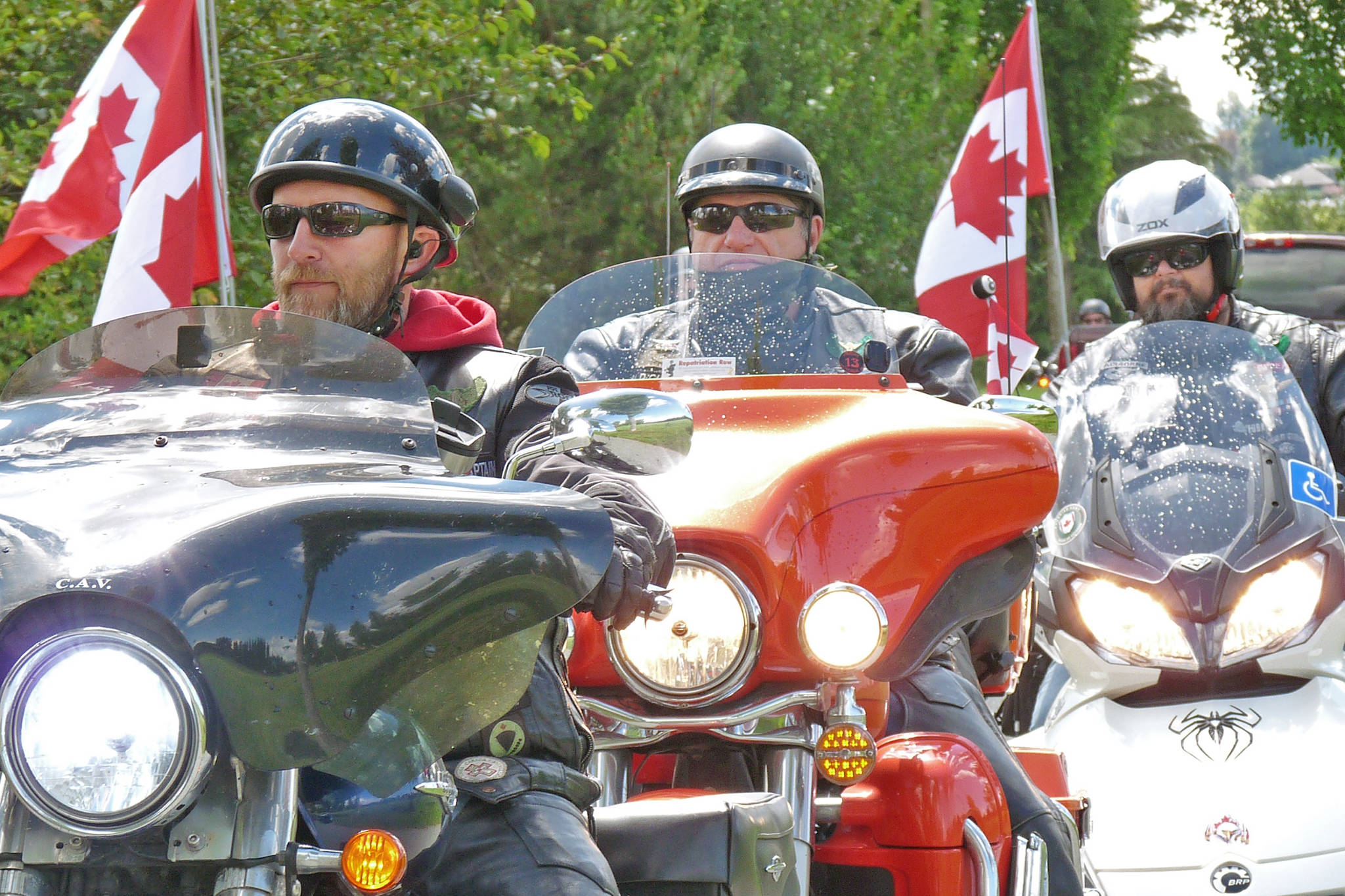 One hundred riders on 60 motorcycles arrive at the Afghanistan war memorial in Langley Township. for the annual Ride for the Fallen. Dan Ferguson Langley Times