A Langley senior proved to herself that it’s never too late in life to start something new.

While on the verge of retirement, Sykes took up a painting class after her friend gave her some important life advice.

For most of her life, Sykes worked as the director of operations for a social services agency in Vancouver, a job she referred to as “left-brained.”

“I’ve always had paints, but only because somebody gave them to me. I didn’t know I could do anything with them. I had no idea there was art in me. It’s amazing what you can discover by accident.”

And since retiring in 2014, Sykes paints for hours each day, and her specialty is “ultra-realistic, representational” paintings.

“Colours seemed to come naturally,” she said of her bright paintings of flowers, birds, and scenery.

Sykes keeps busy as she’s a foster-parent to teenagers, and is a member of the Port Kells Art Club and the Federation of Canadian Artists.

“Retirement is the world’s best kept secret. I’m so grateful to the friend who said ‘don’t retire unless you have a reason to get up in the morning.’ For those who follow that rule and retire properly – you don’t have to have a ton of money, you just need something that gives you a reason to get up. Retirement is not the end of anything. It’s the beginning of something new if you do it right,” she added.

Although she’s been to various art shows in the past, Sykes said the West Fine Arts Show was one she’s always “aspired” to be in.

Much of Sykes’ inspiration comes from her own backyard where she lives on five acres of property with a creek and a flower garden.

Although she’s established herself in the realm of painting blossoms, flowers, and other realistic subjects, Sykes said she is still working on “finding herself.”

“I haven’t found myself. I can paint blossoms, I know I can do that, but now that’s become commonplace. I want to see what else I can do. I’m so new I haven’t found what I can do, so it’s all a journey,” she explained.

One of her favourite and most popular paintings is titled Fuchsia Bouquet.

“People like it. I don’t know what it is about it. It’s kind of soft and delicate,” Sykes explained.

And the senior artist said there’s no stopping her newfound passion.

“I couldn’t imagine not doing it [painting] and putting it away.”

Brian Croft, local artist and president of the West Fine Arts Show, said the show has been around for 10 years.

He explained it evolved from an idea to put up a few panels of local artwork, to the prestigious show it is today with 23 artists, a team of board members and volunteers, equipment, and live music.

The show has been partnered with the Langley School District Foundation for two years, and proceeds from art sales go directly to the foundation.

Student art will also be on display, and local guitar player John Gilliat be performing.

Croft explained there will also be a special display remembering Nancy Crawford – a Langley artist and teacher at Langley Fine Arts School, who passed away last September.

Admission and parking are free, and hours and more information can be found here: https://www.westart.ca/ 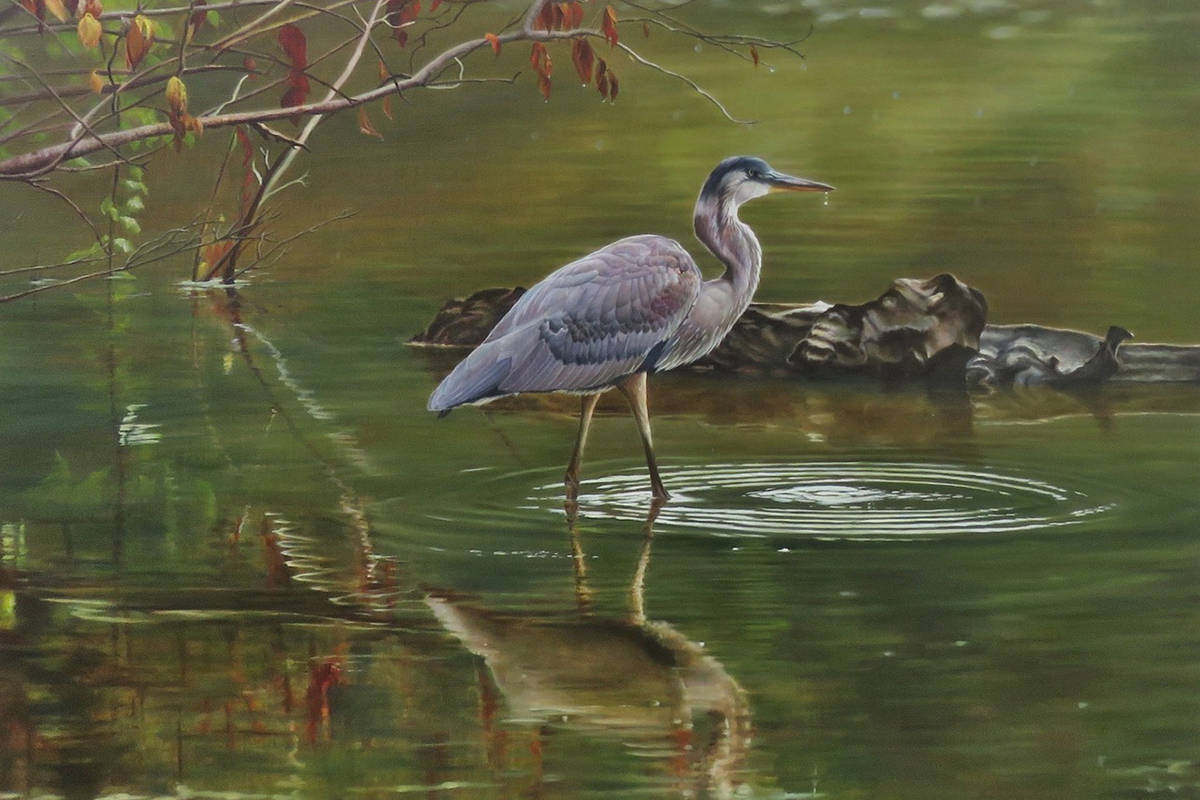 Behind-the-scenes of an upcoming British farce