For 24 years, St. Joseph’s Parish in downtown Langley has invited the community to Christmas Day dinner.

This year, the 25th event will be stickhandled in the kitchen by parishioner and long-term Langley resident Kees Mijinke.

Mijinke may not think of himself as being like Santa, but there are a lot of similarities.

He’s the head of a large Christmas activity and he has the assistance of many helpers – though not elves in this case.

Plus, he’s responsible for bring joy to others and describes himself as an old-timer of the community.

“You have a lot of people there helping. I’m just directing things more than anything else. I used to do catering up to 200 people out of the restaurant.”

The Old Yale Bistro, which closed due to an electrical fire about a year ago, was Mijinke’s business for many years.

He still does some private catering for small parties, so he’s more than qualified for the job at hand. In fact, he has done the Christmas dinner for his church previously.

“I’ve done it before, about three, four years ago,” he said, then laughed. “They asked me to do it. Problem is you can’t say no.”

The event begins at 4 p.m. on Monday, Christmas Day at St. Joseph’s, with dinner served promptly at 5 p.m. according to Deacon Dan Ritchie.

Mijinke guesses he will be at the church at about 1 p.m.

“I’ll probably be there the day before,” he added. “When people are not used to this [cooking for large groups] they get overwhelmed. For me, it’s no big deal. It’s not like I’m standing there for 200 people all by myself. There’s a lot of volunteers.”

Donations from parishioners make the dinner possible – whether it’s food, money or time.

The majority of the 20 to 30 volunteers at the dinner are from the church, but others often come and help as well, Mijinke explained.

They serve the guests, then take their own plate and join the people they served for the meal.

“It’s a very relaxed thing, you know,” Mijinke added. “To me it’s relaxed anyway. Everybody’s in a good mood.”

Not only do guests receive a free meal, if there are leftovers, many will take a to-go container with another meal.

Turkey leftover beyond that goes into sandwiches.

“Generally my wife and I make it into sandwiches and go right to the street in Langley and Surrey, depending on how many we have,” Ritchie said.

“We give them right out in the street. We’ve been doing that for 14 years.”

Guests at the Christmas Day dinner also receive a gift package of baked goods and candy from Santa – who makes a special trip back down from the North Pole for the dinner.

There are also Christmas carols for everyone to sing along to.

“They’re usually out of there by seven o’clock,” noted Ritchie. “Then all the volunteers get busy cleaning up.”

Mijinke and his family will get together for their own gathering on Boxing Day. Perhaps Santa will give him a reprieve from cooking as his gift. 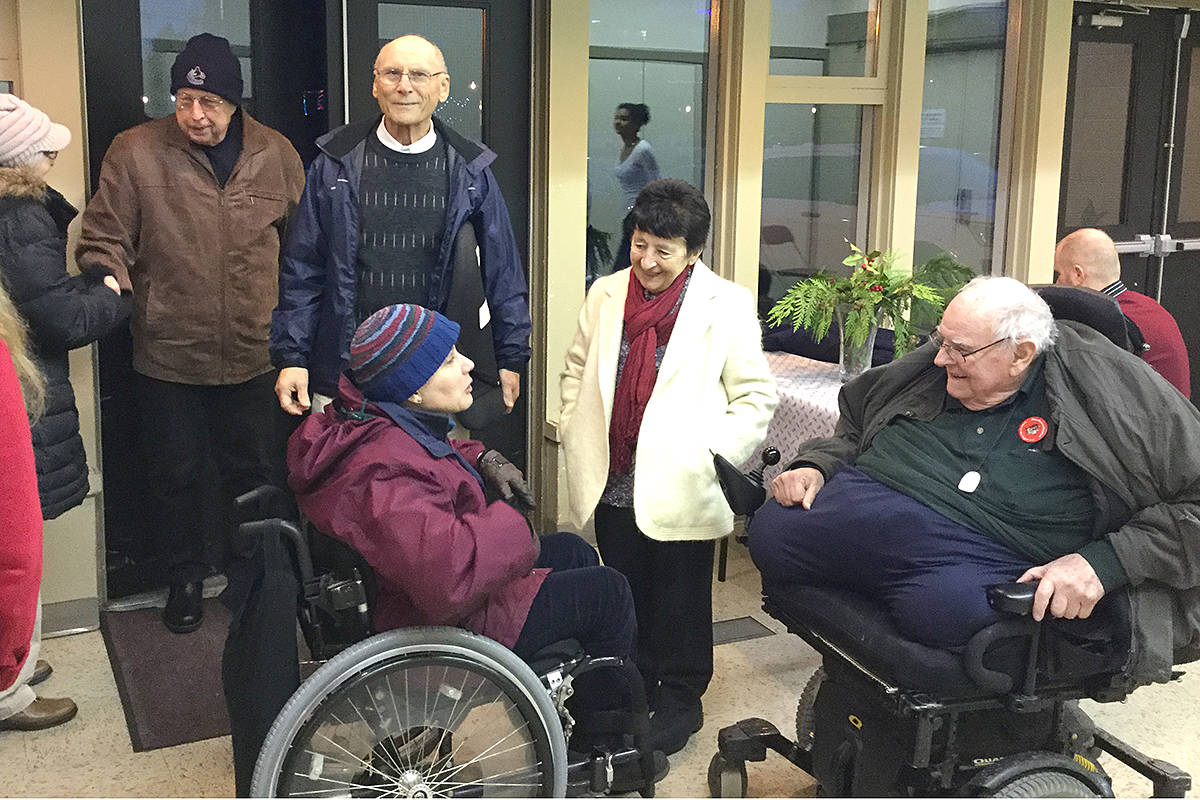 This will be the 25th annual Christmas Day community dinner at St. Joseph’s in downtown Langley City. Hundreds come together to share a meal and companionship. (Special to the Langley Advance) 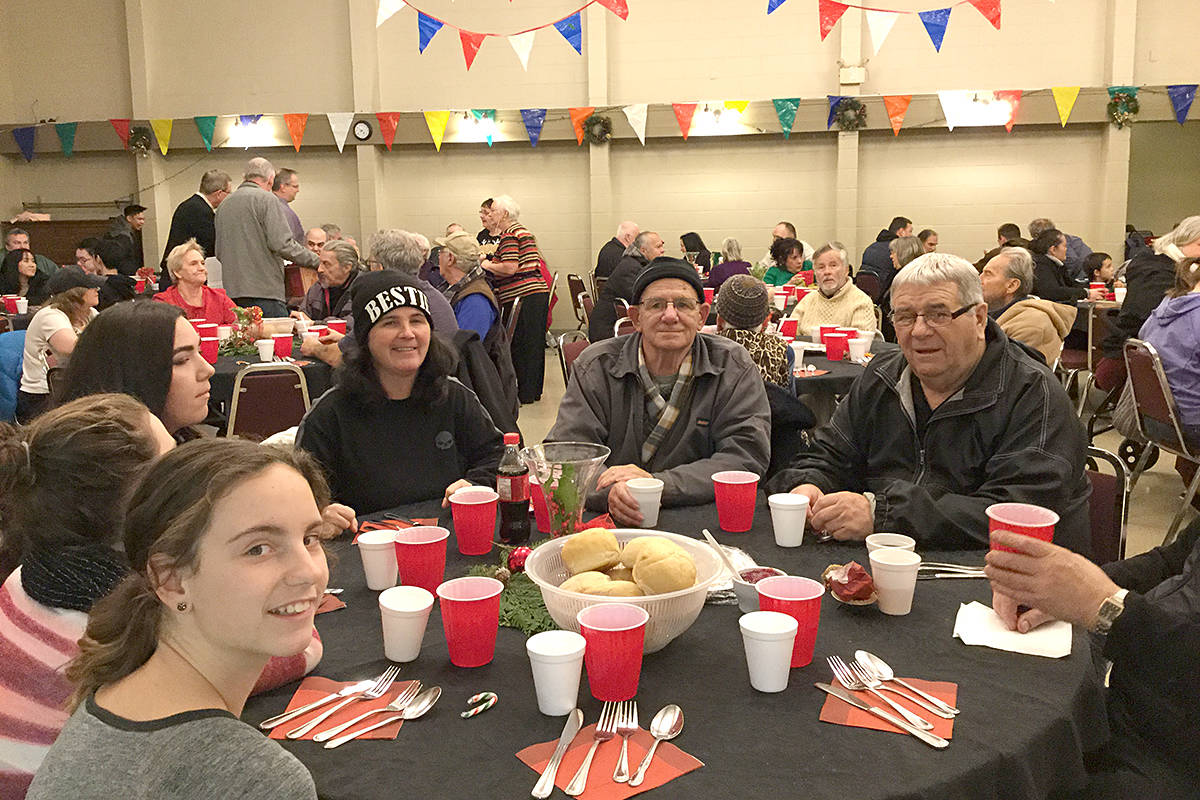 This will be the 25th annual Christmas Day community dinner at St. Joseph’s in downtown Langley City. Hundreds come together to share a meal and companionship. (Special to the Langley Advance)

Langley firefighters in the Christmas spirit