Marian Buechert used to enjoy hearing her son, Bryn, and his friends, including Paul Chung, joking around in the backseat as she drove the Langley Fine Arts students after school or to music performances.

“Paul was always the quietest one, but he joked around with the other guys and gave as good as he got,” Buechert said.

Then Paul, while a Simon Fraser University criminology student, became seriously, life-threatening ill. He’s come to public attention because his illness, atypical hemolytic uremic syndrome (aHUS), requires Soliris (Eculizumab) medication that tallies up at about $750,000 per year and without it, he has no chance of survival. The aHUS caused kidney failure. The drug is keeping him alive and it looks like he will require a kidney transplant.

Buechert is hoping to help Paul and his family by selling her signed hardbound copy of the book A Handmaid’s Tale by Margaret Atwood.

Buechert wants to keep another family from having to go through the pain of losing a child.

“After our son was killed in a car crash in July 2016, the support and kindness of all of his friends, including Paul, was incredibly important to us,” she said. “Paul kept in touch with us, we would chat online, or meet for coffee.”

Bryn and Paul Chung were both music majors at LFAS – Bryn on percussion and Paul on sax.

Buechert said she honours her son’s memory by staying connected to his friends and can’t help but be concerned for Paul.

“I know he’s worried about the burden this devastating illness is for his family, but he’s trying to maintain a positive attitude,” she said. “Last year, during the solar eclipse, he was in the hospital, where he has spent so much time over the last months. He and I were exchanging messages about the event and he sent me real-time photos of what he could see through a pin-hole camera his dad made for him.”

Buechert was a journalism student at Langara College when A Handmaid’s Tale was first published, and had the chance to review it and get it signed by the author at a special event.

“All these years, I’ve had the book tucked away, never thinking anyone would be interested in it, but I kept it as a memento of my student days,” she said. “Who would have thought it would become an award-winning blockbuster series on the web, a medium that wasn’t even dreamed of in those days?”

Buechert is hoping that the popularity of the Hulu series will help bring in more money for the book’s sale.

She’s accepting bids on the book (opening reserve is $500) and will close the bidding on March 31. Anyone interested can email ravenanddove@telus.net. She’s handling the bids personally so that she can ensure 100 per cent of the money goes to Paul.

“When we lost our son, our only child, and our world ended that day. We don’t want Paul’s parents to go through that anguish. Whatever sentimental value this book has to me, it’s nothing compared against the value of someone’s life. If selling this book can provide the smallest bit of help to Paul and his family, I will be so happy to part with it.”

Publicity about Paul Chung’s need for Soliris resulted in the provincial government agreeing to fund it for three months.

“My last date of treatment of the three months coverage is on Feb. 28,” he told the Langley Advance.

He experienced no side effects and was able to live at home while travelling to St. Paul’s several times each week for kidney dialysis.

But he’s still very sick and is asking the government for an extension of the drug coverage.

“Knowing that aHUS is life threatening, and it can attack me again any time without Eculizumab [Solaris], it terrifies me,” Chung said.

There’s a change.org petition to get the government to fund the drug and a GoFundMe campaign to help raise money for his Soliris. The petition has more than 2,400 signatures and the fundraising webpage has $3,210 in pledges.

“With the help from my friends, our family friends and support from Rich Coleman, we were able to make a strong contribution towards getting case-by-case coverage of the drug Eculizumab [Soliris], but not a lot of people are aware of our efforts,” he said.

IT STARTED AS A SORE THROAT

Paul had just completed his first year of university when he woke one day with a sore throat. He thought it was severe strep throat but had trouble breathing and talking.

He was diagnosed with aHUS, and the hospital discovered his kidneys were failing. The disease aHUS causes blood clots in the small blood vessels and these can lead to stroke, heart attack, kidney failure and death. Up to 40 per cent of patients die during their first bout of aHUS because of kidney failure. 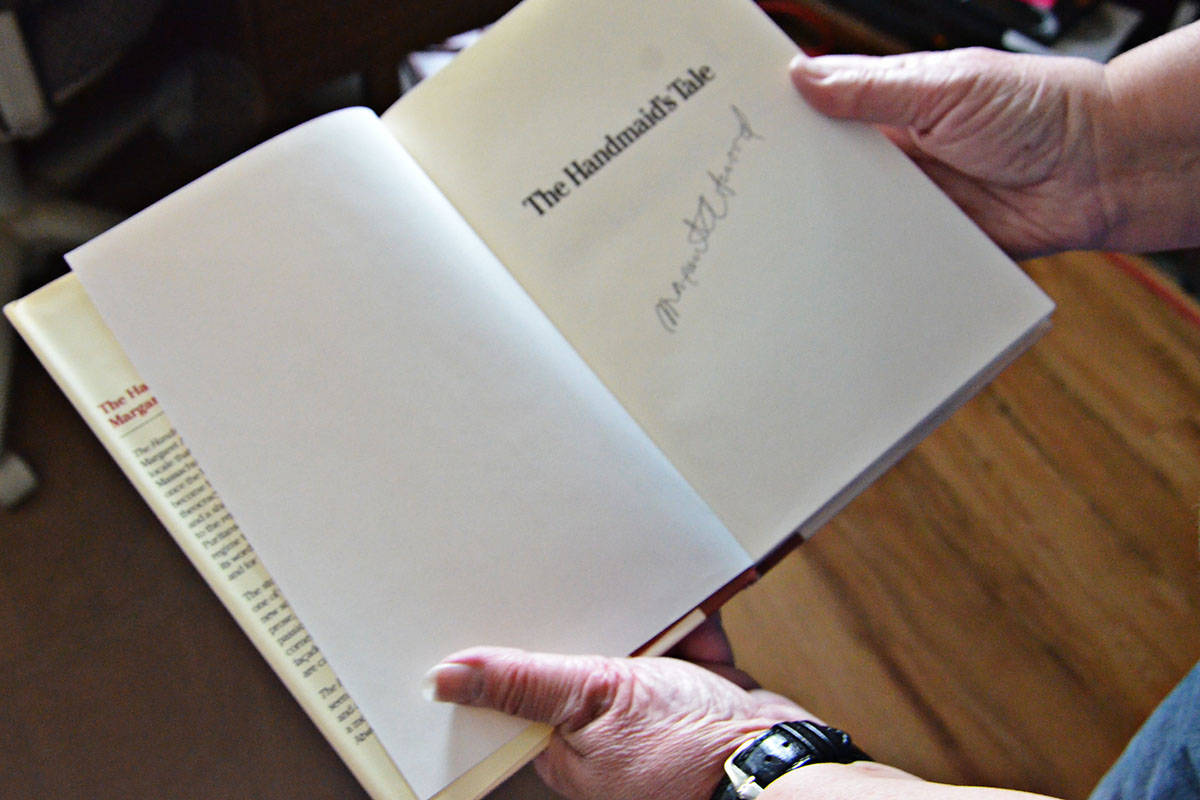 Marian Buechert has an original, autographed copy of A Handmaid’s Tale and is selling it to raise money to help her late son’s friend who is seriously ill. (Heather Colpitts/Langley Advance) 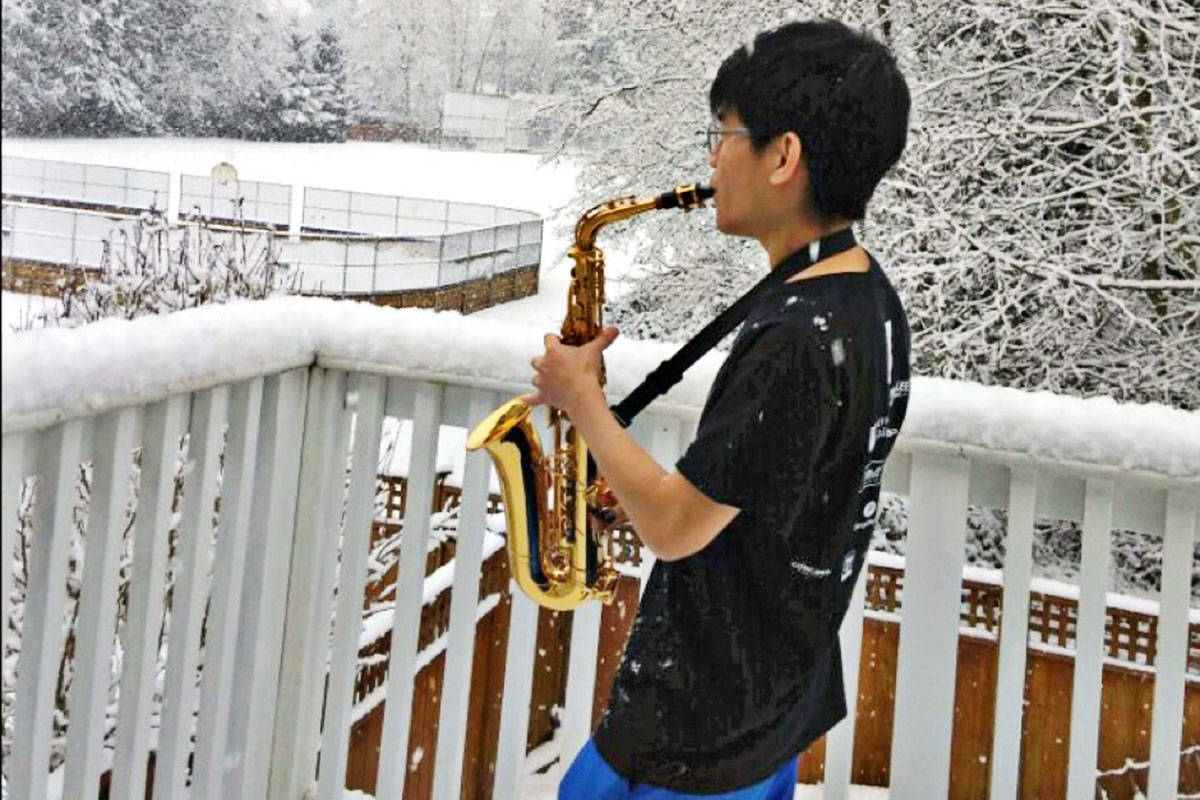 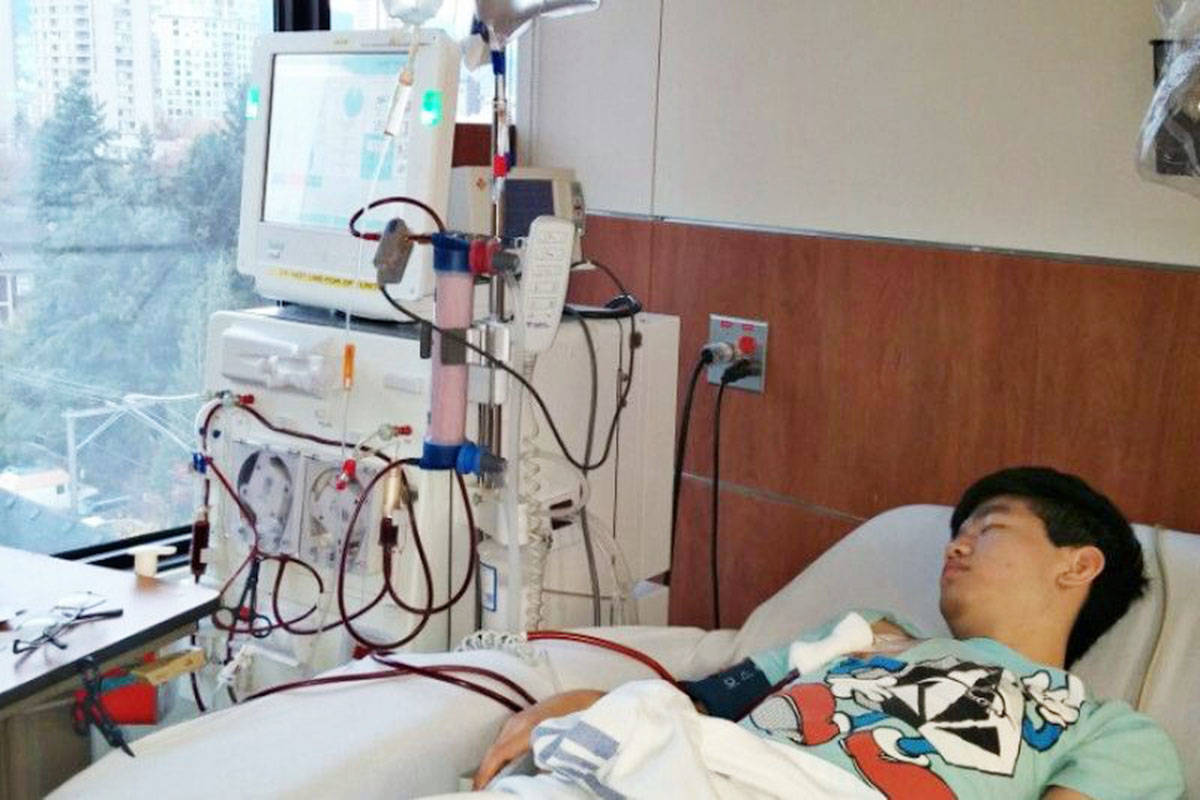