A few years of travelling Europe gave Langley musician Jessica Barbour an appreciation she would never have expected for folk music.

But it did more than that. It stirred a need in the local singer and songwriter to infuse that genre and style into what she otherwise calls her pop roots.

Turning 28 later this month, this Willougby artist is one of several local musicians performing during the 25th annual Arts Alive Festival happening this Saturday in downtown Langley.

“You’ll hear some of the new, original material,” she promises festival goers, describing a number of the recent songs she’s written as melodic and uplifting folk songs seasoned with a smattering of her acoustic and upbeat pop.

For her, Arts Alive is a return performance. She was on stage a few years running – dating back to 2013 and before.

“It’s a chance for me to reconnect with more of my roots, more of Langley,” Barbour added. She noted she’s been performing at other local venues such as Krause, Porters, and Artful Dodger in recent months, and is charged about being back on the Arts Alive stage in August and the Cranberry Festival in October.

In the meantime, she’s trying to improve what she jokes about as “passable” skills on guitar and is in the midst of teaching herself piano – so she can work more as a solo artist rather than always as part of a duo or band.

She was nine years old when she wrote her first song on a Casio keyboard. It was about waterfalls.

“That’s the first song, I’ll always remember that,” she said, unwilling to divulge the inspiration for the song.

When she got her first guitar at age 19, it wasn’t long before her first public performance, and she was hooked.

Barbour and her partner, Hugh, made a bit of a name for themselves several years ago, during the 2014 Langley Has Talent competitions, when they made it to the finals as Jet + The Art Engine.

Since then, Jessica and Hugh spent the better part of two years travelling Scotland and Europe, before returning to Langley where she has worked as a Disney princess, painted murals and business windows, and even taught children’s singing classes.

But recently, she’s given up all her other jobs to focus all of her time and energy on a singing career, she told the Langley Advance.

So far, thought, it’s meant performing at a number of community events, a few weddings, a growing number of private parties, and even an hour-long Joni Mitchell tribute set (minus the costumes).

The important part, Barbour said, is she’s getting out there and getting known.

“It’s like things are happening right now,” she elaborated.

She’s pushing herself to put together a solo album and begin touring Canada in the next year.

Barbour has toured Scotland and travelled Europe – performing along the way. But now, the Langley Fine Arts grad – who was born in Saskatchewan – said her biggest goal is tour her own country.

“I’m super excited about life… I’m just super grateful to get to do what I do… I’m just very excited to see where my life is going to take me,” Barbour said, convinced it will revolve around her music. 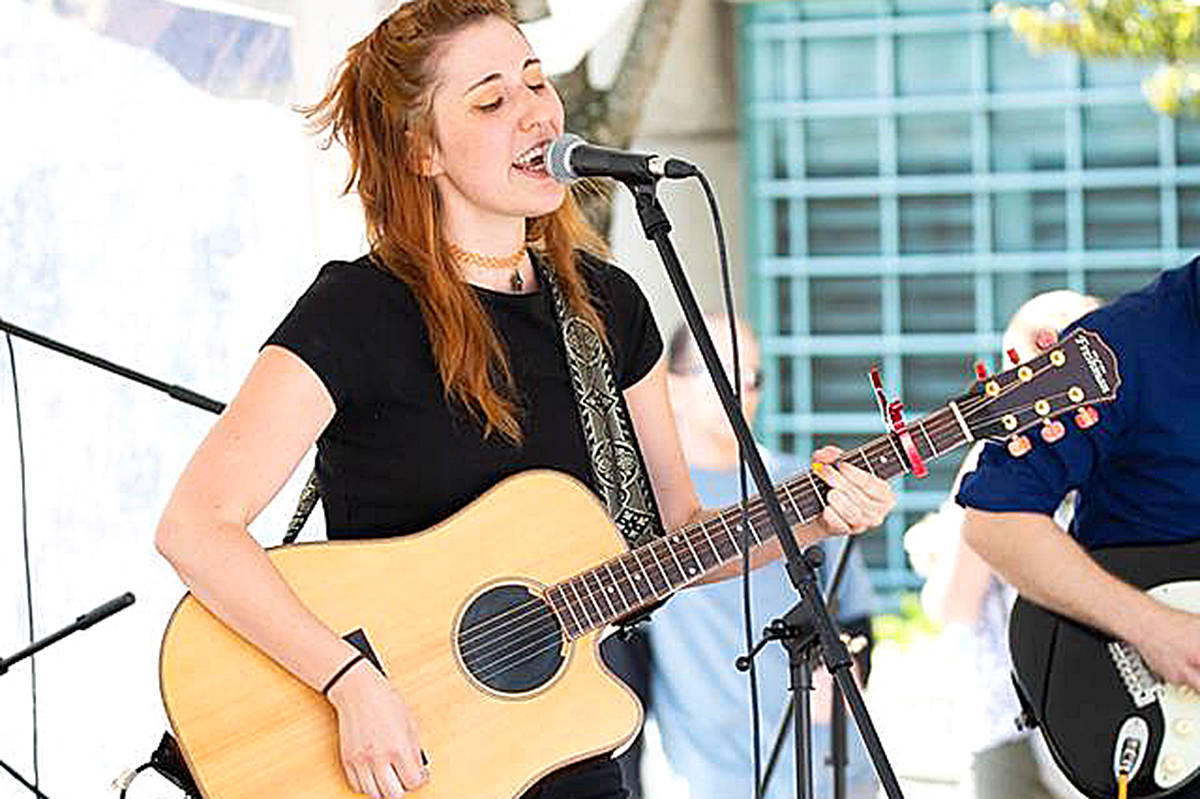