Each week, Langley Advance readers are invited to submit a suggested caption – factual or funny –for the historic Langley picture published in the paper June 22, 2017 (a derelict building). Submit through story link below. One lucky reader wins a gift certificate from the Cora restauranton the Langley Bypass.

Last week’s photo (published June 15) was from the Langley Centennial Museum. The Fort Langley CN Station (originally called “Langley”) was built in 1915 using one of the Canadian Northern Railways “third class” designs used until 1924. It was originally built approximately two blocks farther west, almost on the back of Charles Hope’s property. In 1918 Canadian Northern became part of Canadian National, and the CN station was enlarged to accommodate larger living quarters for the Station Agent. The station was used full time until 1972 when it was reduced to a flag stop with passenger service being completely terminated in 1980. In 1983 the station was moved to its present location and restored by the Langley Heritage Society in cooperation with the Township of Langley. It was designated a heritage site on Feb. 27, 1984. The site now occupied by the station and Mrs. Simpson’s garden was originally the home of Fort Langley’s first firehall.

Winner Rod Isbister: “Looks like the end of the line for these two gents.”

Click HERE to submit your suggestion for the June 15, 2017 photo.

Preference is given to Langley residents. Entrants must be 19 or older. The winner will be selected by a random draw of all entries. The contest is not open to employees of the Langley Advance nor Black Press.

Winner will be notified by email and must pick up the prize as offered at the Langley Advance office, 6375 202nd Street. 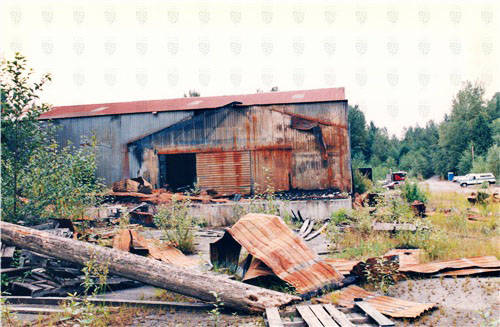