Every year, one batch of Christmas trees always sells out – it’s the ones at the Festival of Trees at Newlands Golf and Country Club where organizations compete for a variety of honours by decorating and having fun. Now in its 27th year, the event is as popular as ever with the tree decorating and a festive party.

Monique Huurman was putting final touches on the tree for RE MacDonald Stoves when the other participants were in the ballroom at the Thursday Nov. 23 event.

“This is our second year,” she said, adding of the other decorators. “They were all here early. I like decorating the tree by myself. It’s for an important cause too.”

Christa Clift, special events coordinator with Newlands said donations will be collected through to New Year’s Day for the Langley Memorial Hospital Foundation from the Festival of Trees. Not only was $4,000 raised for the charity on the day of the decorating event, but the public can also view the trees and vote for their favourite by making a small donation which adds to the total.

Helen Hughes of the hospital foundation thanked participants for their ongoing involvement.

Hughes added that the funds from the Festival of Trees will help to replace some of the old beds at the hospital which are no longer functional.

“We’re well on our way to replacing them with new smart beds,” she added.

Big winners of the decorating contest were Westland Insurance for Best Corporate Tree, RMC Ready Mix for Most Enchanting Tree, Able in Grove Collision for Best Decorating Team Spirit and Chaberton Estate Winery for Best use of Creative Materials. Each award category was voted on by the decorating teams, but they could not vote for their own tree.

The final award winner will be the Master Tree Trimmer which will be announced after the public has enjoyed the trees and cast their ballots.

One of the winning trees, that of Able in Grove Collision, was decorated by the Fraser Valley Selects Real U-13 soccer team. The girls made their own ornaments prior to the decorating evening and even wore pajamas to do the tree trimming. The owner of the collision repair shop has a daughter on the soccer team, so the opportunity was a good fit.

“We just thought of them,” Katie Nelson of the soccer team explained how ornaments were designed. “We do it like a team bonding thing.”

Vonda Dickman, general manager at Newlands notes the trees have consistently sold out each year of the event.

Valley View Funeral Home has been decorating a tree for three years. Zoe Murgg of the company enjoys the opportunity to come together with her fellow staff members and celebrate the holiday season.

“It’s a chance to give back, to participate,” she says. “I love Christmas. I think I was looking for something to participate in, in the holidays.”

Trees for the Festival of Trees were provided by Oh Christmas Tree Farm. 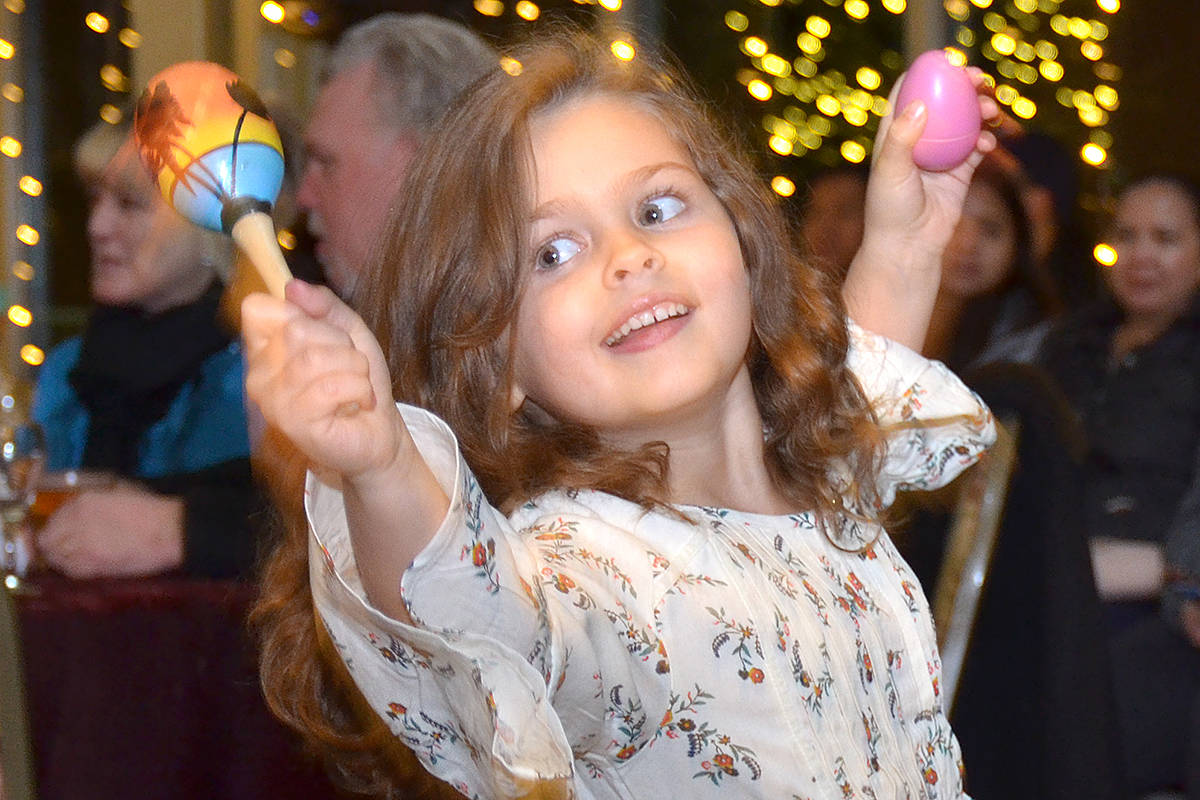 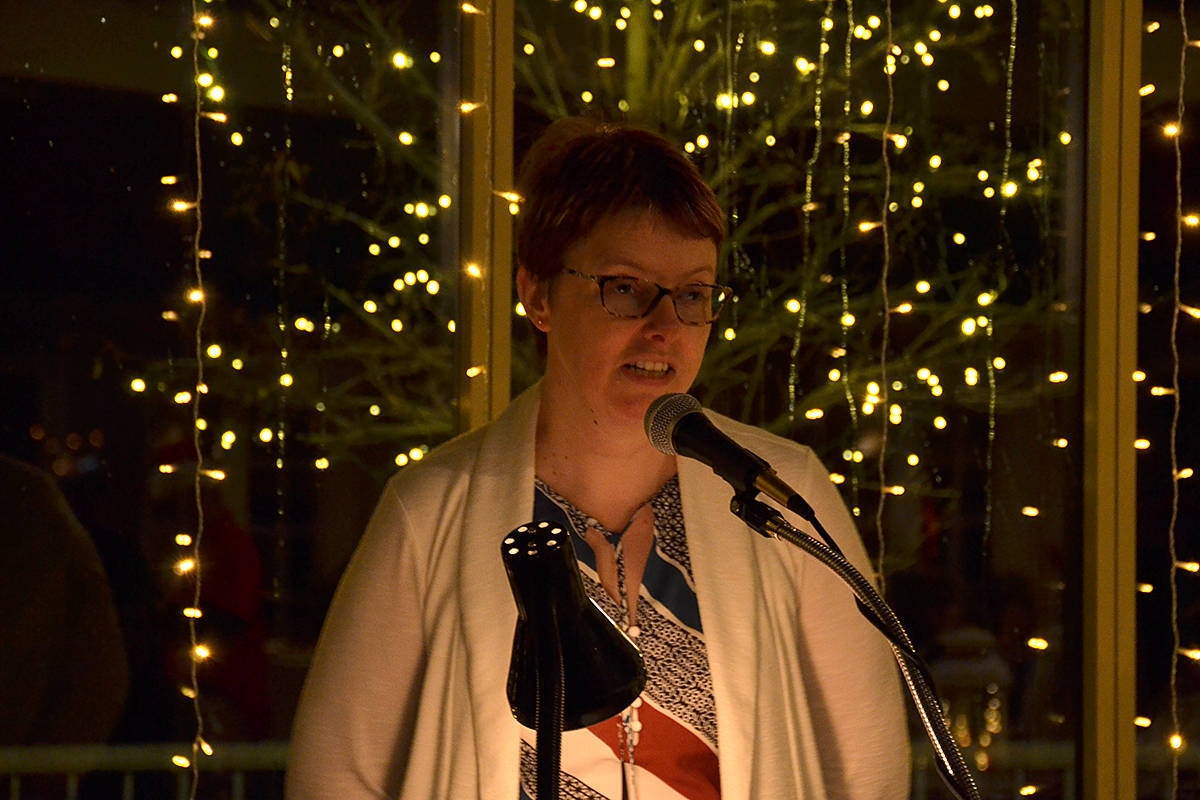 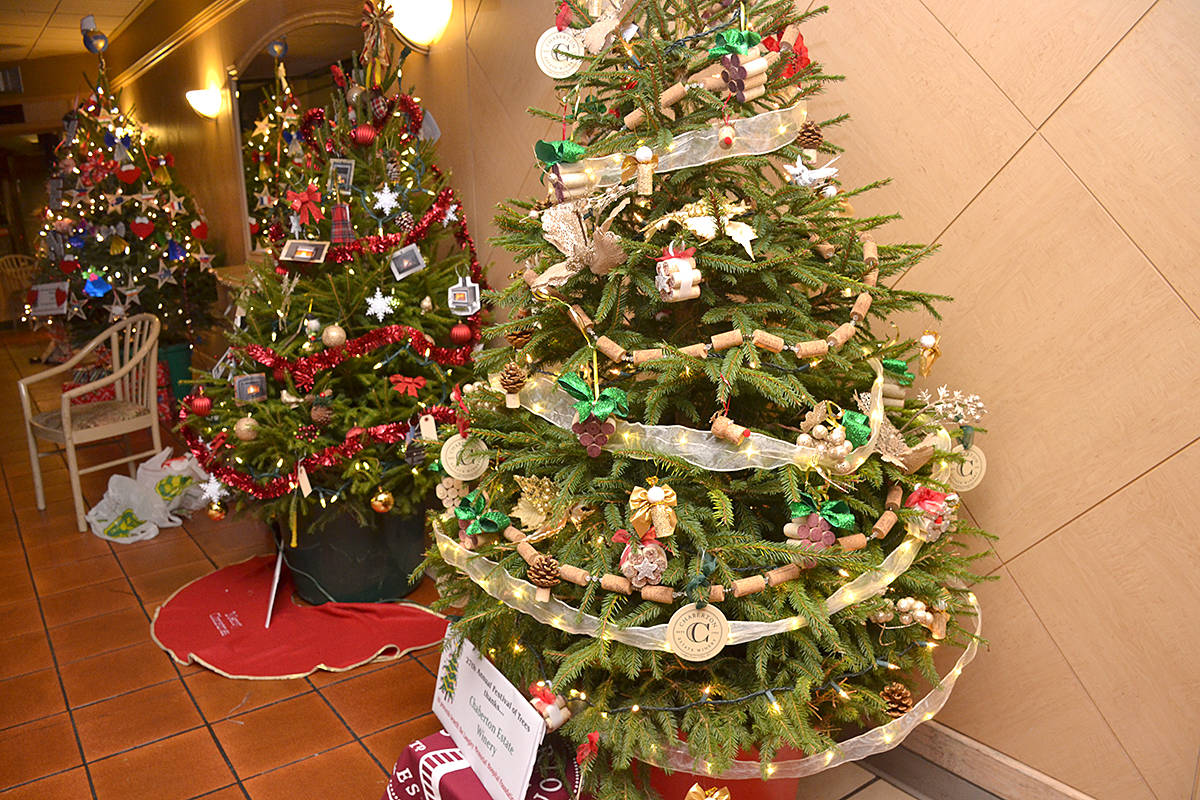 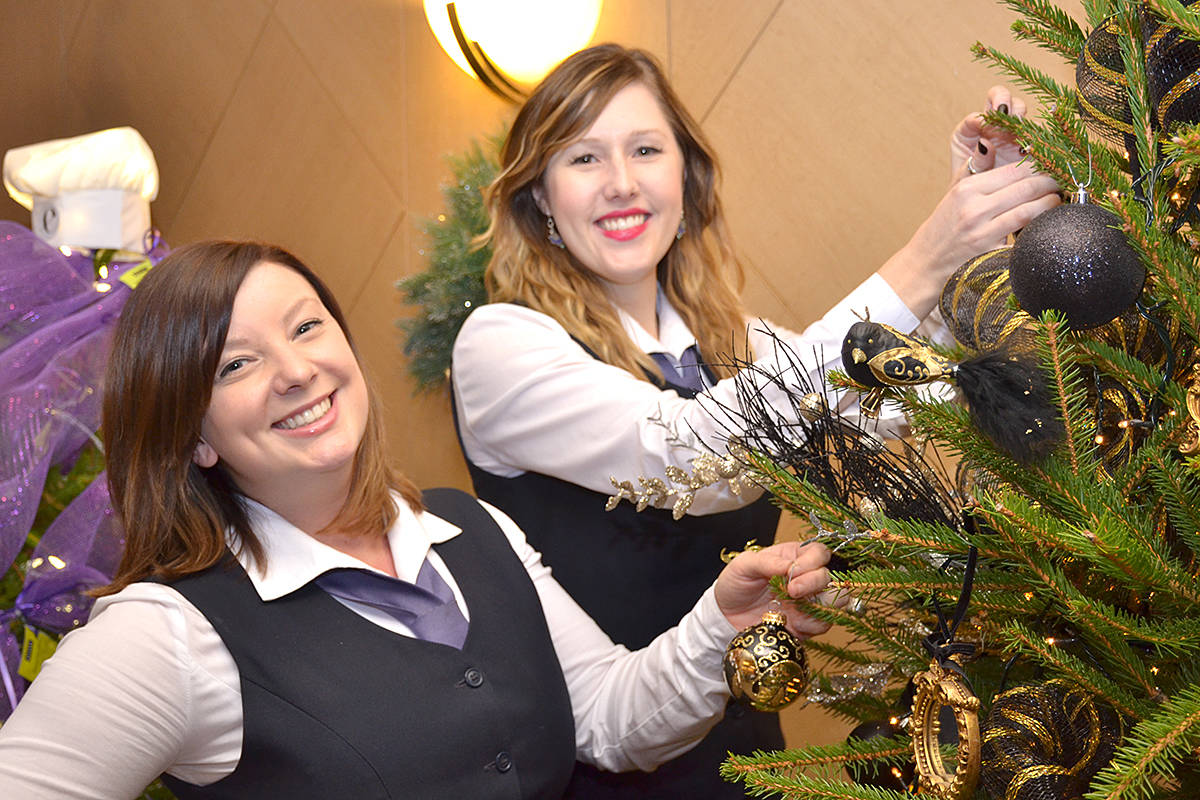 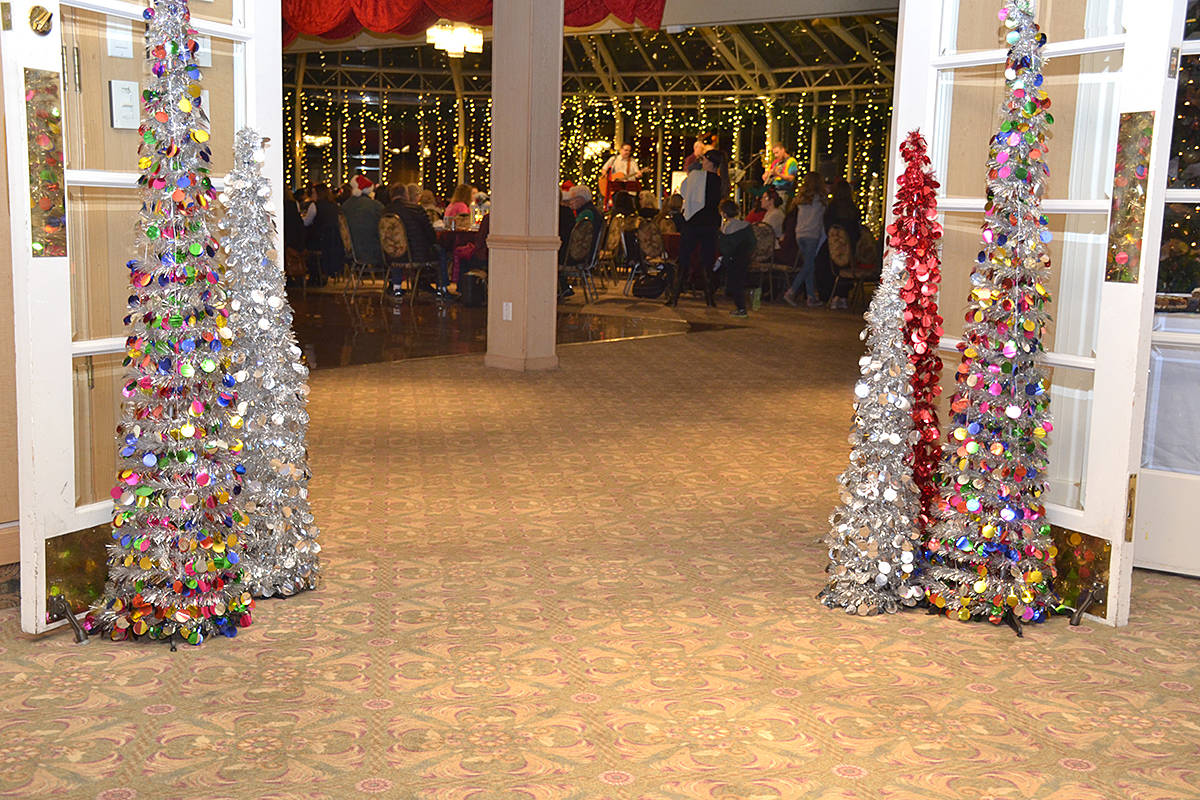 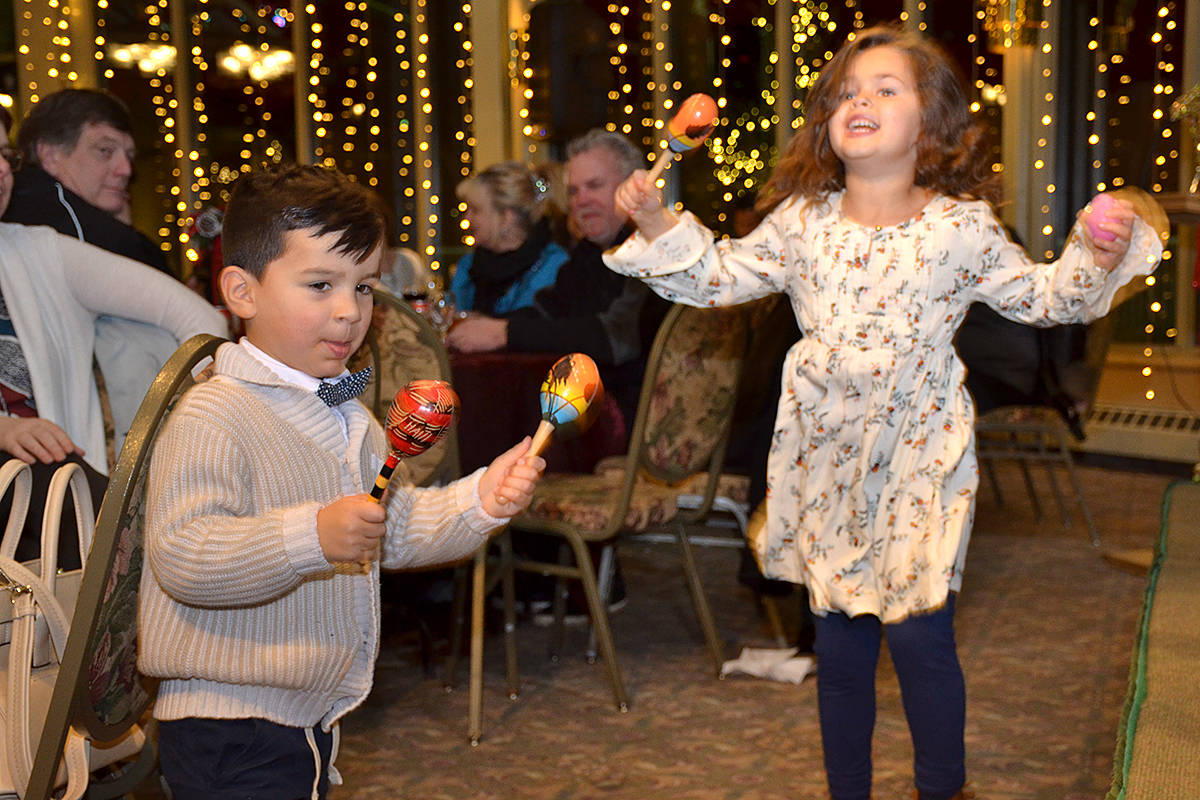 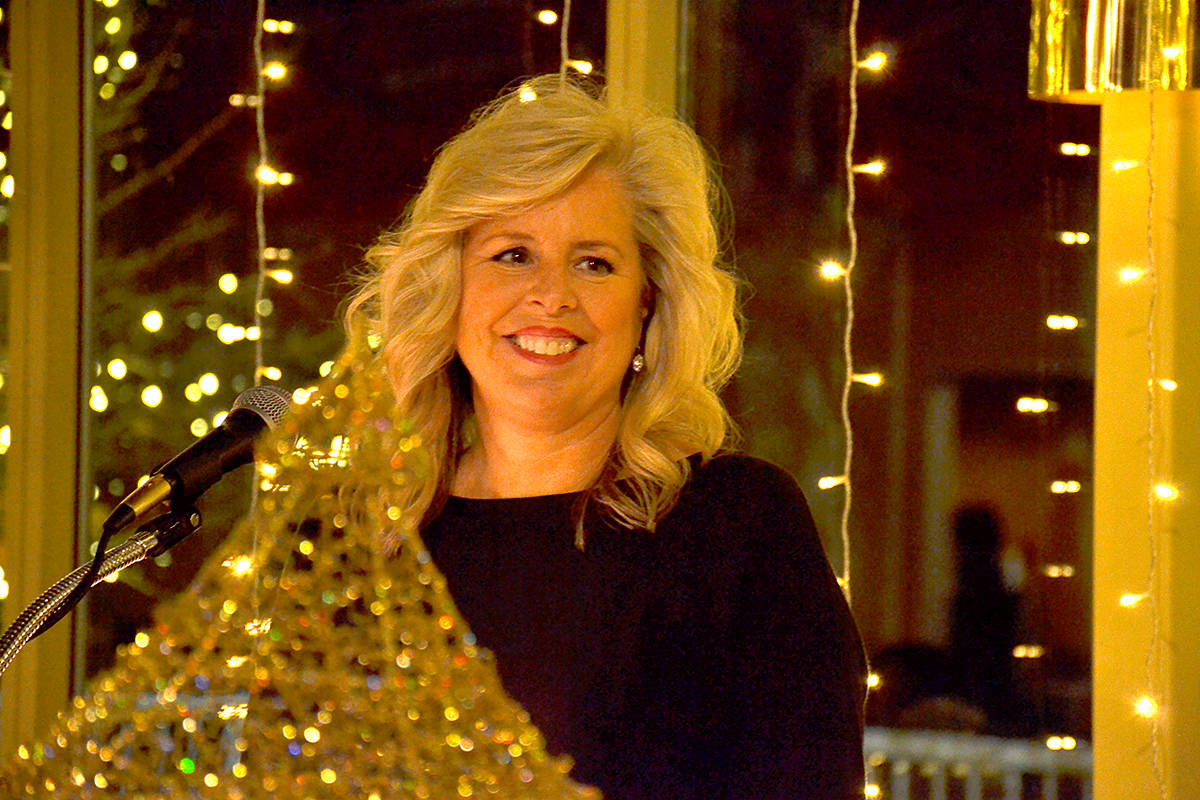 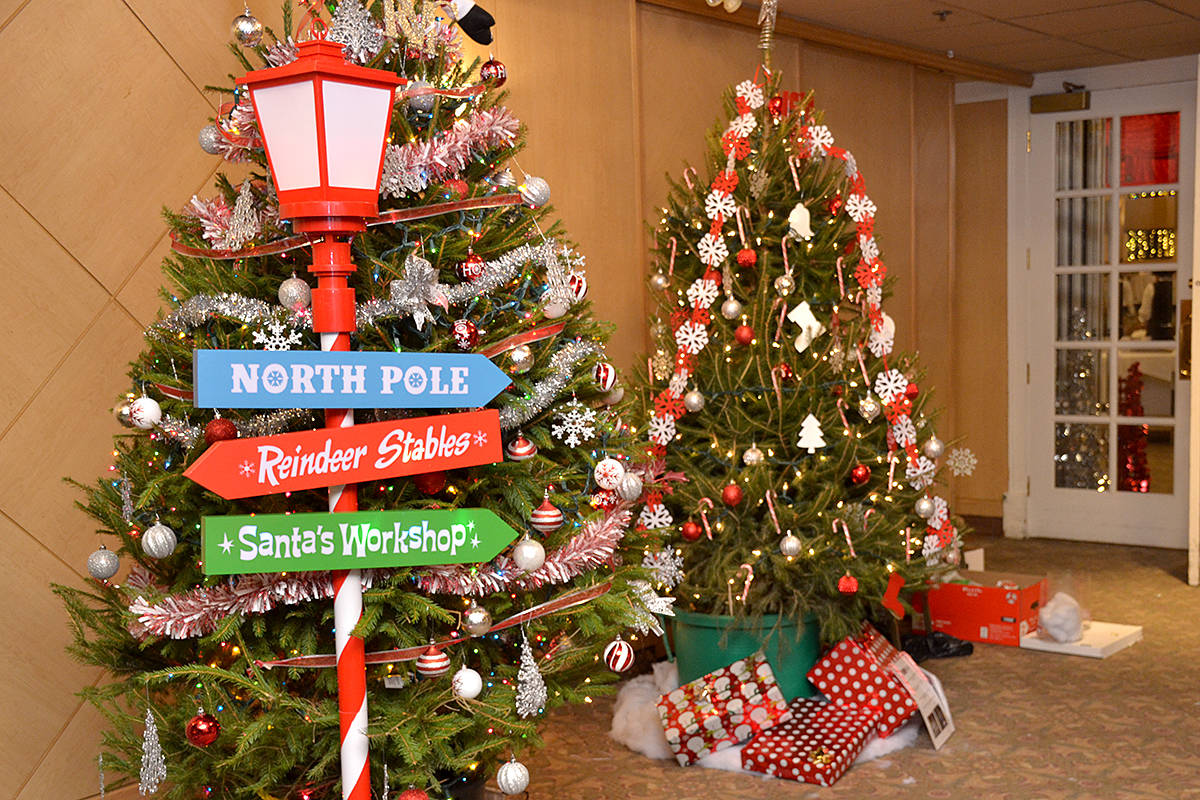 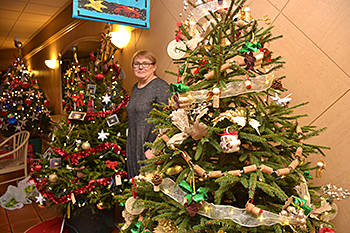 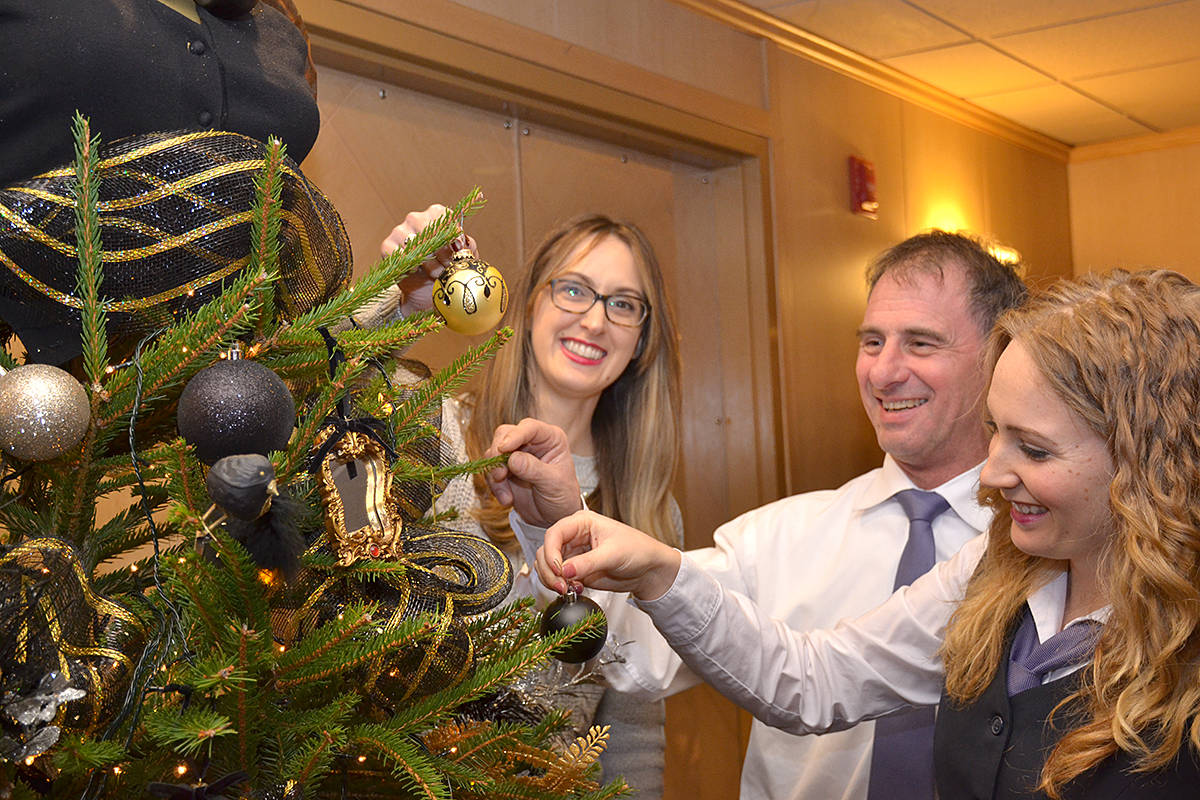