Darcy Knopp’s dream is to bring more theatre options to Langley, and back-to-back productions next week will test his resolve.

Knopp, his wife Mandy, and a handful of comrades (other Bard in the Valley and/or University of the Fraser Valley theatre alumni), are presenting Dimes for Drama.

They’re starting with the presentation of two one-act comedies, written by Knopp, that will be shown from June 14 to 17 at the Langley Playhouse.

“We’d like to apply the craft we learned,” Knopp said. However, the cost of most theatre space is “too prohibitive.”

Thankfully, he said, Langley Players own their theatre in Brookswood and were willing to rent it to Knopp and his team for a “very reasonable rate,” making it possible for the struggling actors to present their work.

“Our idea was that there is a lot of talented amateur writers, directors, and performers – who have a passion to perform – that simply need an affordable space to present their work,” said the 35-year-old Murrayville actor who has been involved with Bard in the Valley since its inception and performed in both theatre on screen – while working as a bartender gig to pay the bills.

“This is a test run to see how it goes,” Knopp elaborated.

“Who knows down the road if we can establish a week-long festival in Langley,” he added, explaining a theatrical festival in town was always the dream of late Bard in the Valley founder Allan Thain.

The focus right now, Knopp insisted, is on trying to bring the Langley arts community a taste of new work created by local artists.

Dimes for Drama consists of a cast and crew of eight – including Knopp. The cast from one of the shows does the behind the scenes work for the other show, and vice versa.

“The production values are not going to be stellar,” Knopp added, describing the sets and the tech support as simple. Instead, it’s about presenting original scripts and giving university-level actors a chance to apply their craft.

While he hopes to sell out the shows, he’s not expecting to line pockets of any participants.

“Breaking even would be nice, and if there was enough to throw a pizza party at the end of things, that would be great. But it is primarily about presenting the work and giving our performers something to perform in that showcases their talent.”

Both plays Domestic Misconduct and Canadian Content are comedies that Knopp wrote and premiered at past festivals in Chilliwack.

They will both be presented next Wednesday through Saturday, June 14 to 17, at the Langley Playhouse, at 7 p.m. each night.

Each play runs about an hour and a quarter, separated by a brief intermission.

Knopp warned that both plays contain adult themes, coarse language, and may not be suitable for young audiences.

Tickets are $15 via the Dimes for Drama Facebook event page, with limited quantities available at the door – while supplies last.

Knopp, who wrote both of the plays, offered a bit of a description for each of his plays.

Domestic Misconduct is a modern take of the ancient Greek comedy Lysistrata by Aristophanes.

“Dean and Lyssa have a pretty good relationship, but a simple squabble develops into a relationship tug of war. Coached by their friends with questionable agendas, the pair go on an affection strike in order to get the upper hand in their relationship. Set in the winter of 2012 and mirroring the NHL labour dispute, Dean and Lyssa dig their heels in to break the other’s will, but ‘will’ isn’t the only thing in jeopardy.”

Meanwhile, he described the other, Canadian Content, which was presented at Chilliwack’s Rickrack in the Wack 2017 theatre festival.

“Ivan has written a play as part of Canada’s 150th birthday celebration. It’s the kind of play that Michael Bay dreams about when he is lonely. The trouble is… its not Canadian enough. Ivan’s best friend, Reid, a successful but somewhat oblivious actor for commercials and their jaded and under-socialized bar server, Billie, stay up all night trying to make Ivan’s masterpiece so Canadian it tastes like maple syrup and smells like a moose.” 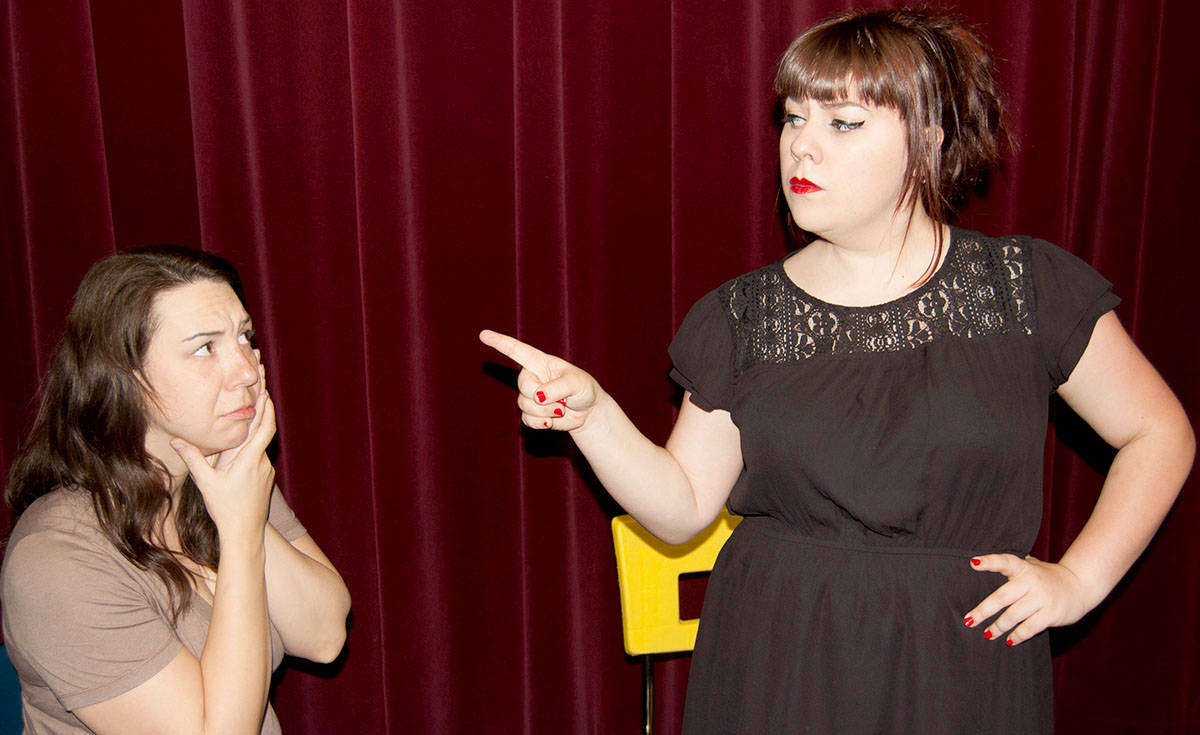 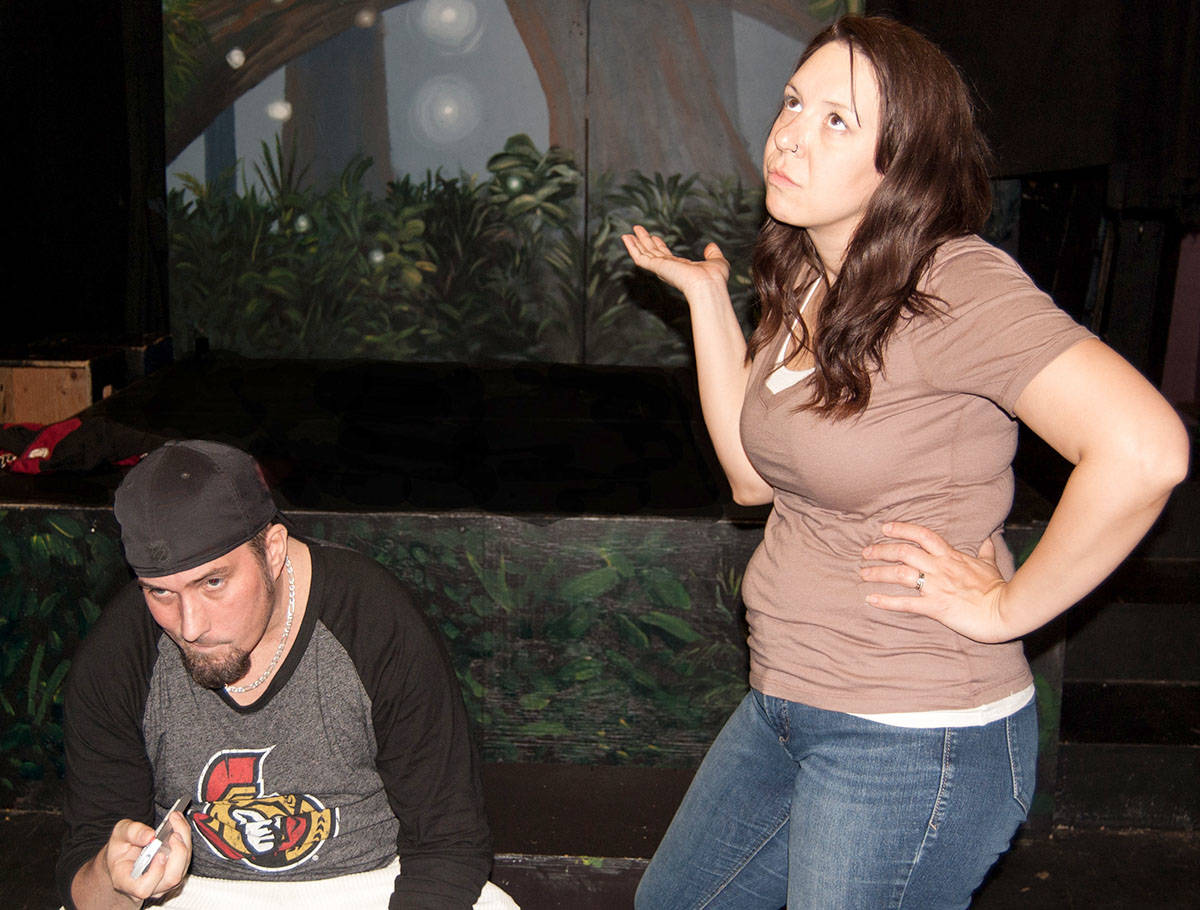 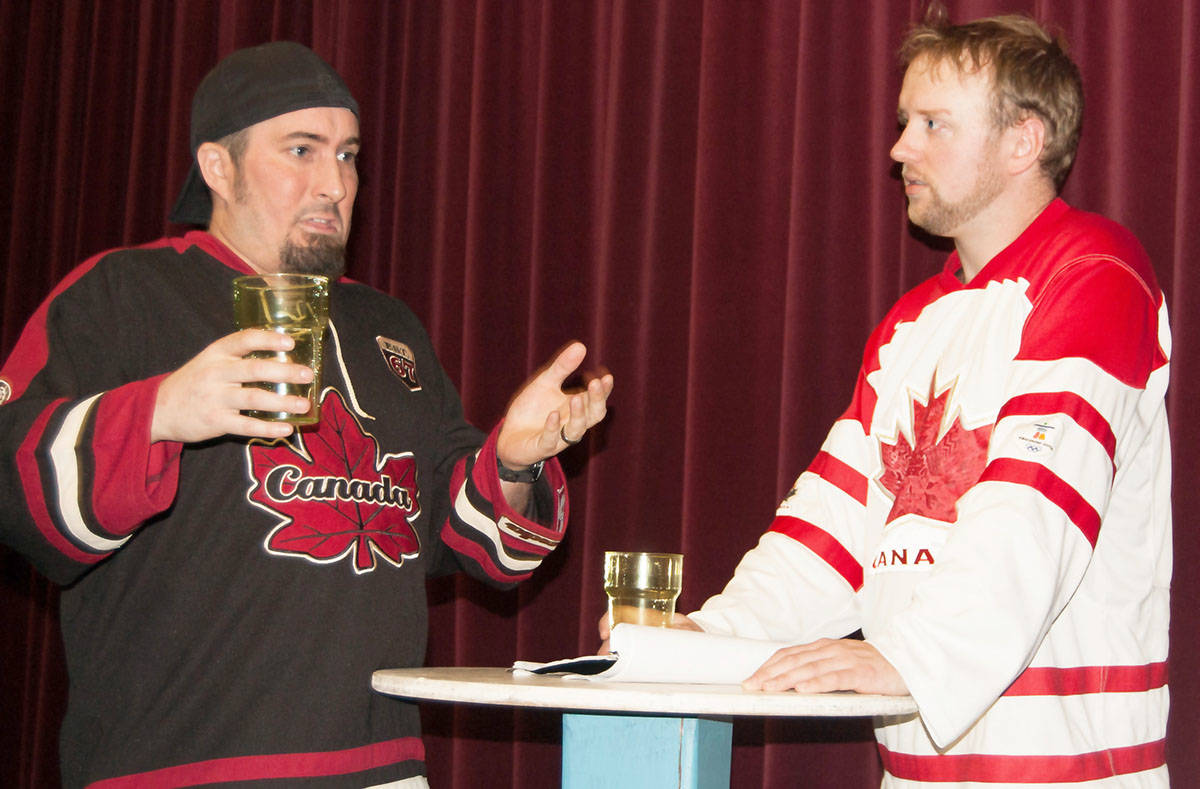 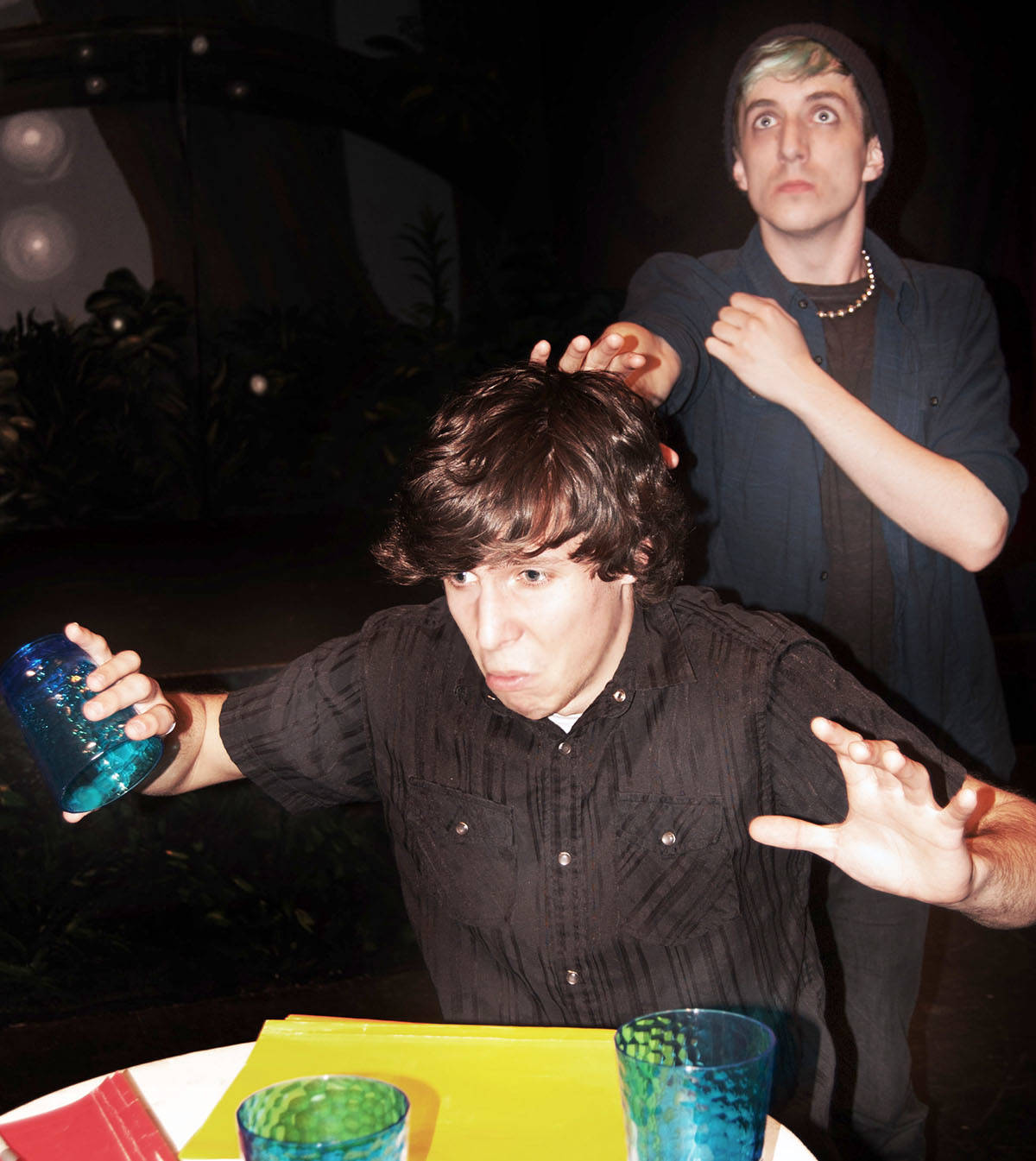 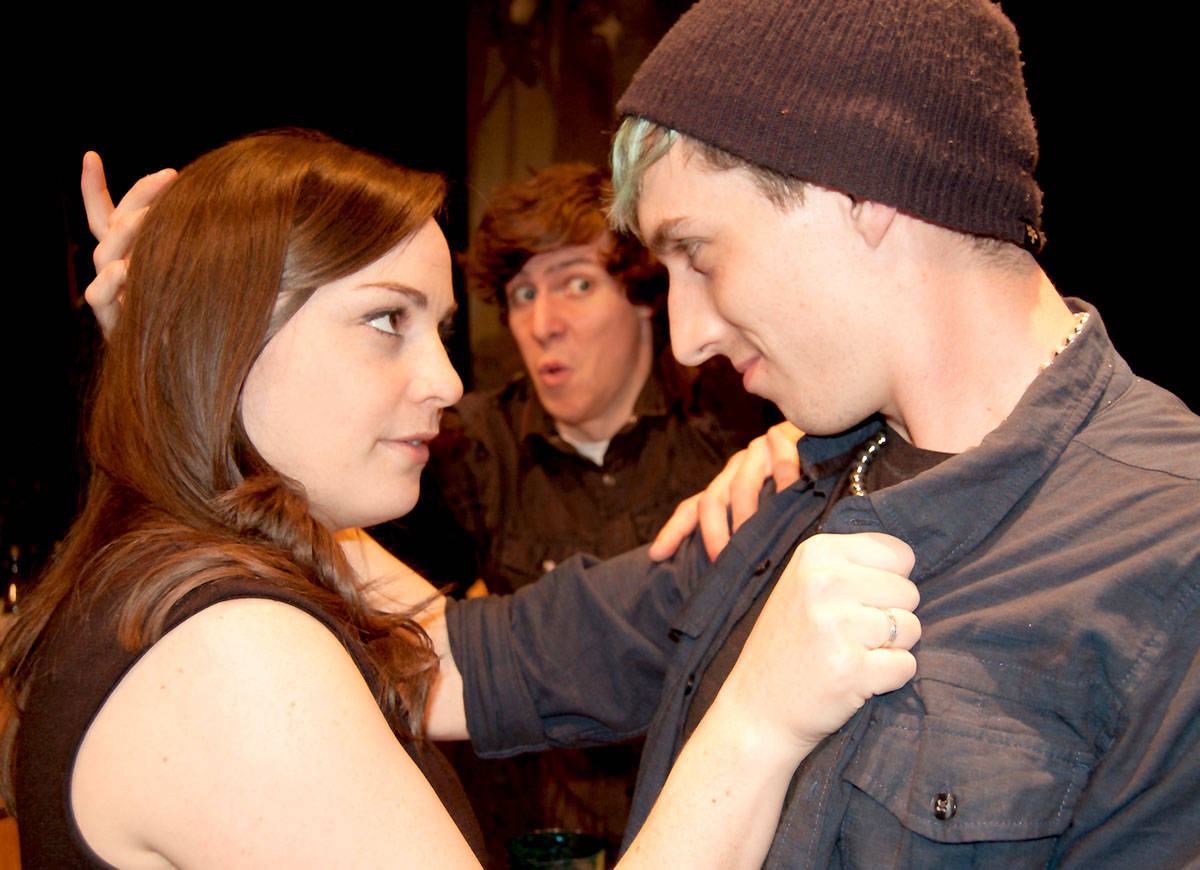 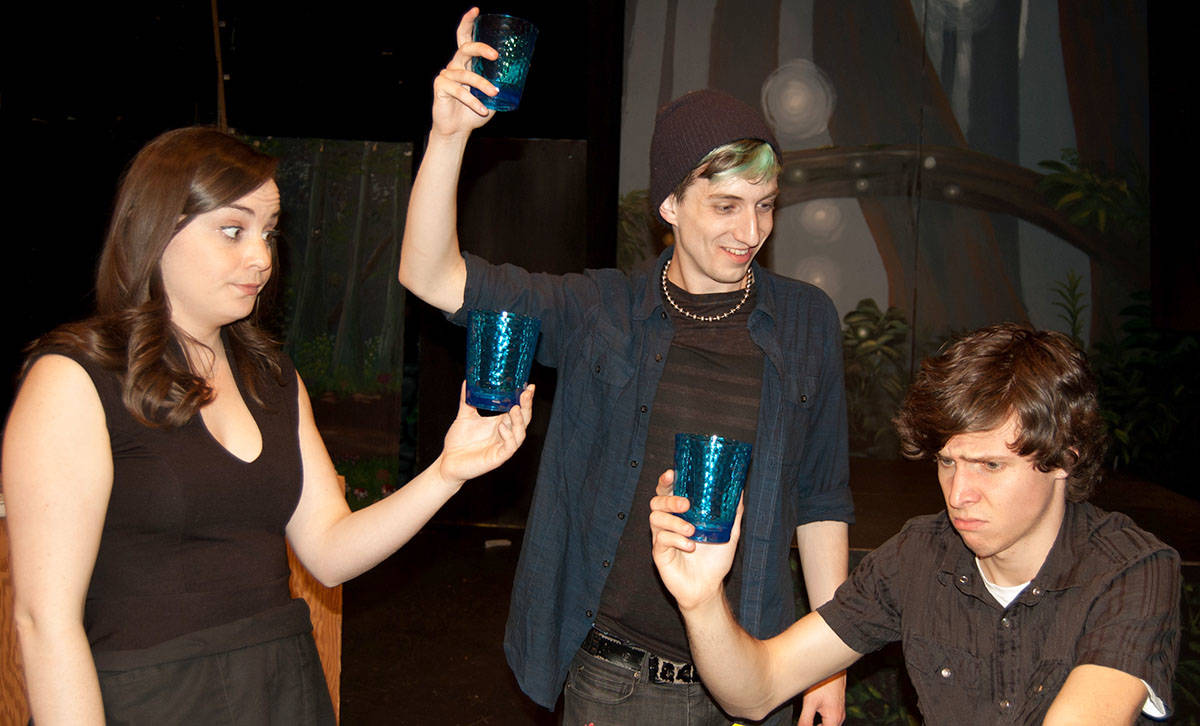