The Pride Flag was raised over Langley City hall Monday, marking the second annual LGBTQ Pride event for the City.

A crowd of a few dozen people turned out despite scorching temperatures to cheer as the rainbow flag was raised above City hall, where it will remain for a week.

Rodney Stehr of Encompass spoke about growing up in the Lower Mainland as a gay youth without much in the way of resources or support.

“It’s always heartwarming to see so many incredible youth at the forefront, so many parents, so many care providers, and it’s just an entire community that’s working really hard to create safe and inclusive spaces for us, and for future generations of queer youth, and also for a lot of our elders who are just coming out,” Stehr said.

Among those in the crowd were Constance Carriere-Prill and her children, Gabriele Harriman and Damian Prill, both 11. Gabriele is non-binary and uses they as a pronoun instead of he or she.

Carriere-Prill said they came all the way from Chilliwack to show support on Monday. 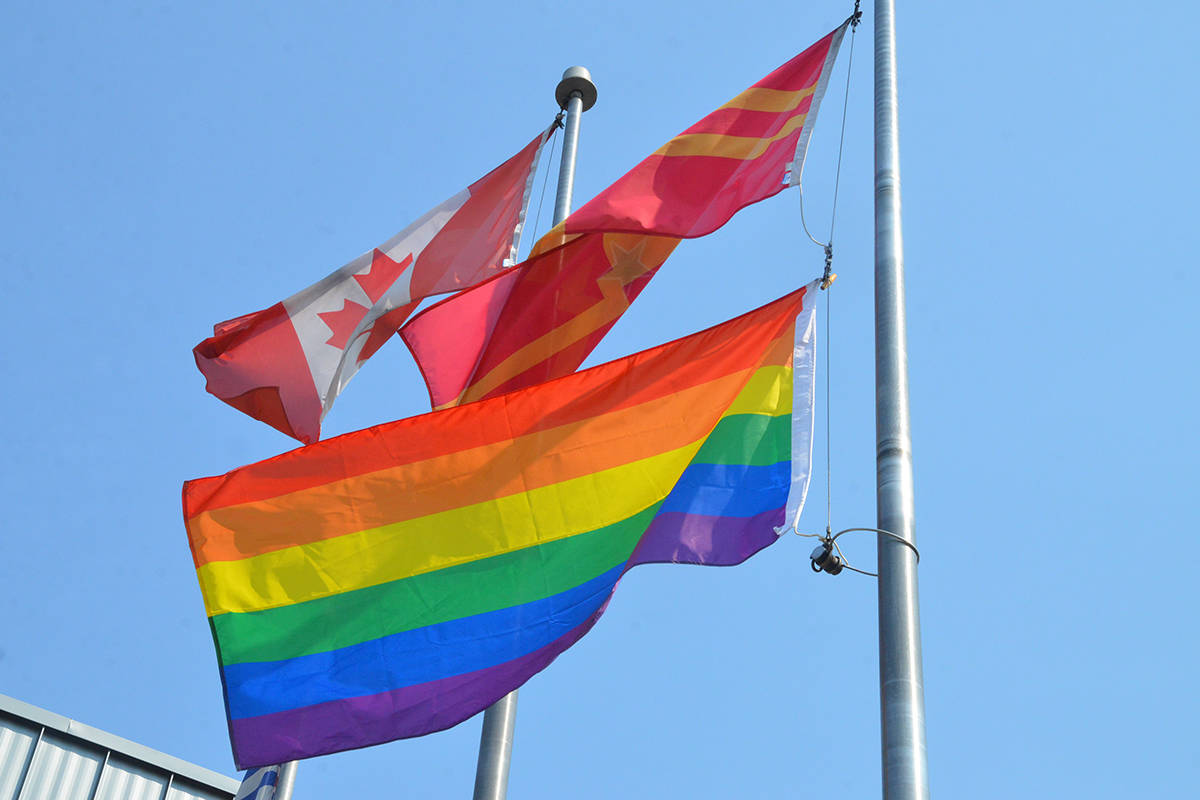 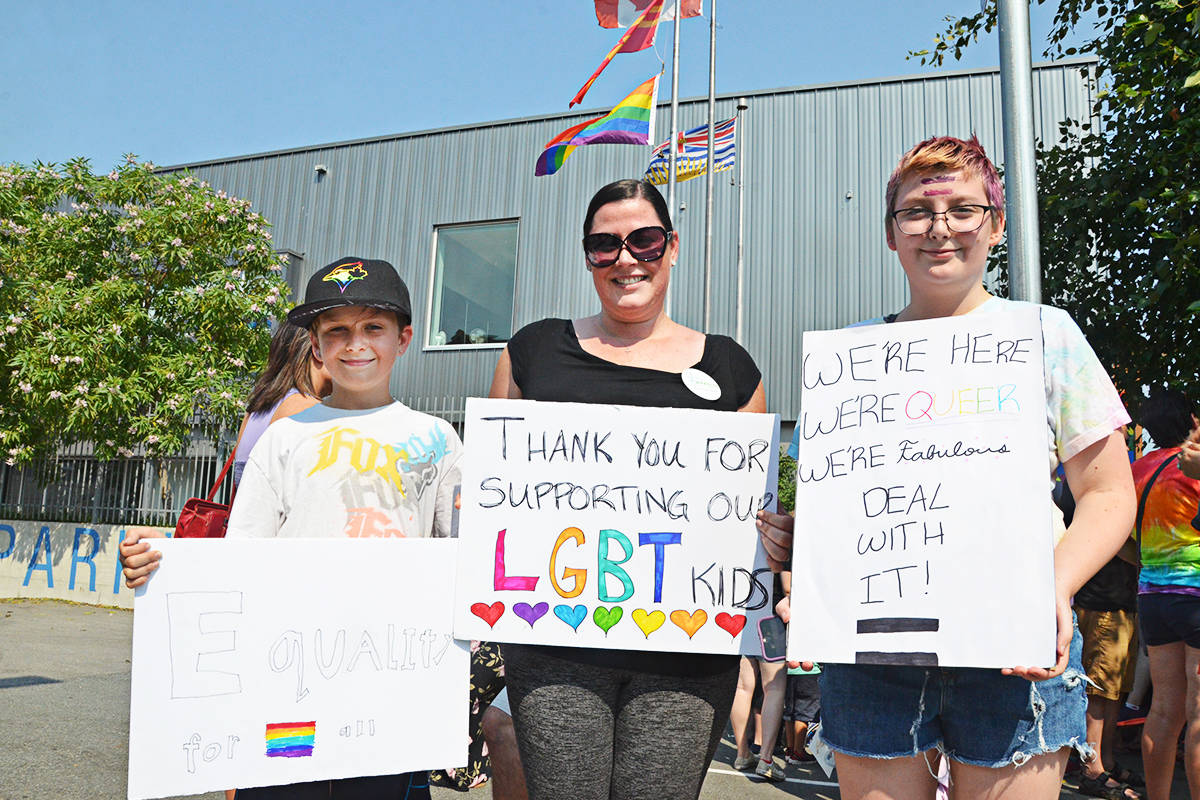