Each gathered around a long table in the middle of the cafe. Around it, rested seats enough for 10. As more men — most retired and over the age of 63 — enter in from the cold, more chairs are taken from other cafe tables to accommodate.

“My father first came here from Holland in 1951. He was unable to work so he began knocking on doors, selling fish and eggs,” said Vanderpol.

“He ran his own business and supported the businesses of other Dutch migrant men in this very community – it’s a similar story for many of the men here,” he said.

Harold Ludwig — the founder of the weekly coffee group — sits at the head of the table, confidently, with his fingers crossed out in front of him. Ludwig underwent intensive treatment for nasopharyngeal cancer this year.

“He used to have a very long beard,” one of the coffee drinkers joked aloud, breaking a moment of silence.

“We know too much about each other sometimes,” admitted another reluctantly. “We’re all brothers from the same church.”

Ludwig admits two years ago he saw a need for socializing amongst retired men at his church. With the cancer treatment out of the way he can finally get back to meetings with the men.

Cafe owner Alana O’Connor has been witness to the men’s social group throughout the year.

“Considering one of their members has had a major, life-changing illness, they all really rallied together for him,” said O’Connor, who first opened Book N Bean in August 2016.

Though their church’s congregation — with attendance up to 400 — meet Sunday morning and afternoon for services, these men meet faithfully every Wednesday as well.

“It’s so nice for these men to have this type of support system,” O’Connor said. “They always say that they’re sitting here, talking, ‘solving the world’s problems.’”

For every honest remark there seems to be an equally as viable quip aimed from one man to another.

When asked what keeps them coming back every Wednesday, one retiree was quick to reply:

“We really just like to tease each other,” he said, grinning. 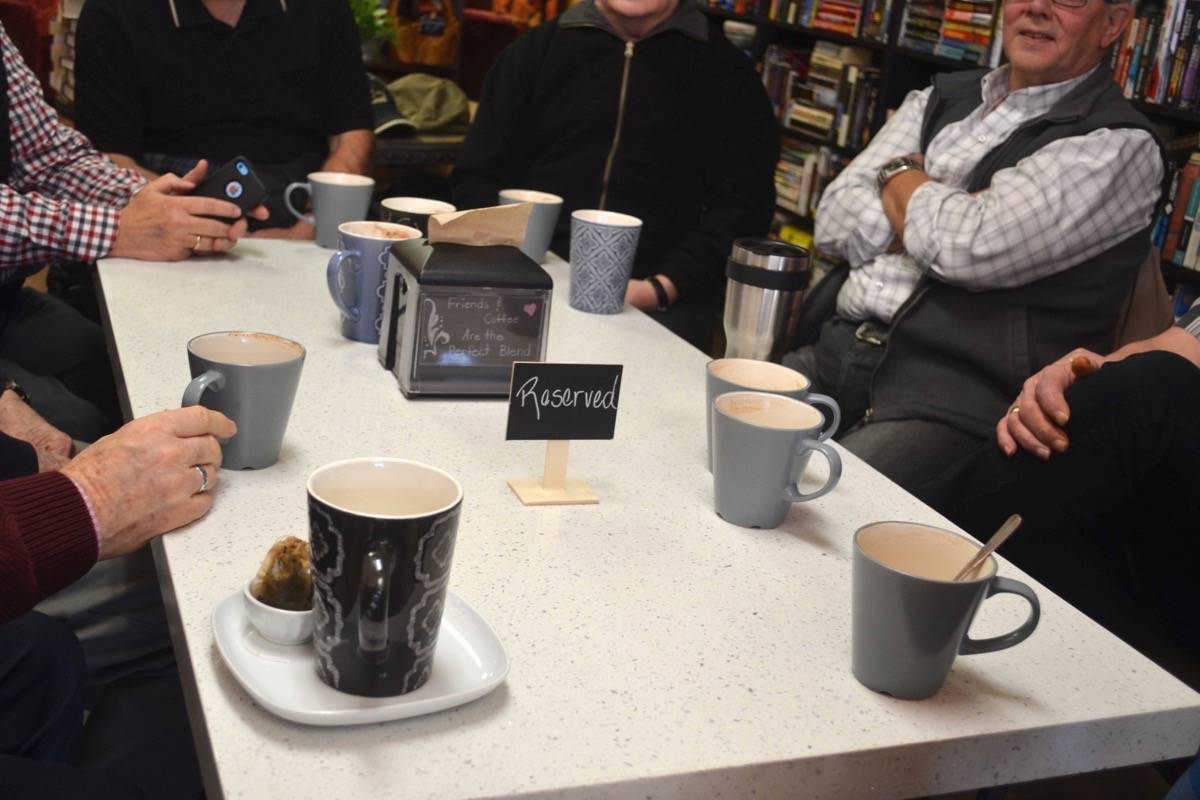