A runner herself, LAPS executive director Jayne Nelson is pretty psyched about a fundraiser happening later this month that will raise much needed money for a special cat intake and isolation facility.

She’s referring to the second annual Furry Tails Foot Race, with a five-kilometre walk and run, as well as a 10 km race through Derby Reach Regional Park at the end of the month.

“Let your feet do the talking,” Nelson said.

Little more than a week out from race day – which is Sunday, April 30 – Nelson was going into a meeting with the builder and architect Wednesday morning with hopes of finalizing final plans for a cat facility – dubbed by Langley Animal Protection Society (LAPS) as the ISOasis.

“I’m hoping we’ll get the go ahead to submit [plans] later this week [for building permits],” she told the Langley Advance.

The hope is to start construction by the end of May, Nelson said. “I’m super excited about getting underway.”

LAPS has been working for several years now to fundraise for, plan, and ultimately build the ISOasis.

“Being one of the only purpose built cat intake, isolation, and recovery facilities in the world, it will be a shelter first,” Nelson said.

“It will be dedicated to helping sick cats that come into our shelter from the community, giving them a low-stress living environment. This will help cats get healthy faster and into new permanent homes so that we can help more cats in need.”

The new 1,400-square-foot facility will be located adjacent to the current 10,000-sqare-foot Patti Dale Animal Shelter in Aldergrove.

Boasting floor-to-ceiling windows and lots of light, this state-of-the-art cat exclusive facility will offer specifically designed isolation rooms that prevent the need for cages and offer space for cats to recover while waiting adoption.

LAPS has been fundraising for a few years now, and their donations include a $50,000 contribution from Mark and Pat Dumont, a $20,000 donation from the Shewan Foundation, plus more than $37,000 in individual contributions from people all around the world.

“I think it’s going to be pretty amazing,” Nelson said, showing off a desktop model of the proposed centre.

While LAPS has raised its share of the funds needed for construction, that doesn’t cover any of the equipment or tools.

The team is now fundraising for a further $45,000 to outfit the centre.

There’s a need for industrial washers and dryers, they need to build or buy on-site condos, the centre will require stainless steel countertops and sinks, and waterproof cabinets, she offered as examples.

“The cabinets alone are going to cost $11,000,” Nelson added, not to mention the cost for tiny fridges in each of the seven isolation rooms – for medications.

That’s why this month’s Furry Tail Foot Race is so critical, she said, aiming to raise $10,000.

They’re already part way there, with 88 participants signed up to run, she said Wednesday.

In addition to the registration fees already collected, Nelson noted that several runners have chosen to collect pledges, too. That accounts for a further $1,900, leaving her confident this year’s fundraising goal for the race is attainable.

Last year’s run attracted about 120 racers. This year, she expects as many as 200 runners, noting the event is generating a lot of new interest in LAPS and its current and future facilities, programs, and foster services for both cats and dogs.

The shorter, 5-km leg, is open to runners and walkers alike, as well as kids and people with dogs. The 10-km leg is drawing in a few of the more serious runners, she said, “people who want to challenge themselves a little more.”

There are a number of prizes being offered, including a Top Dog Award for the fastest runner and dog team. As well, the top female and male runners in the 5-km and 10-km races will be recognized, as well the top fundraiser. 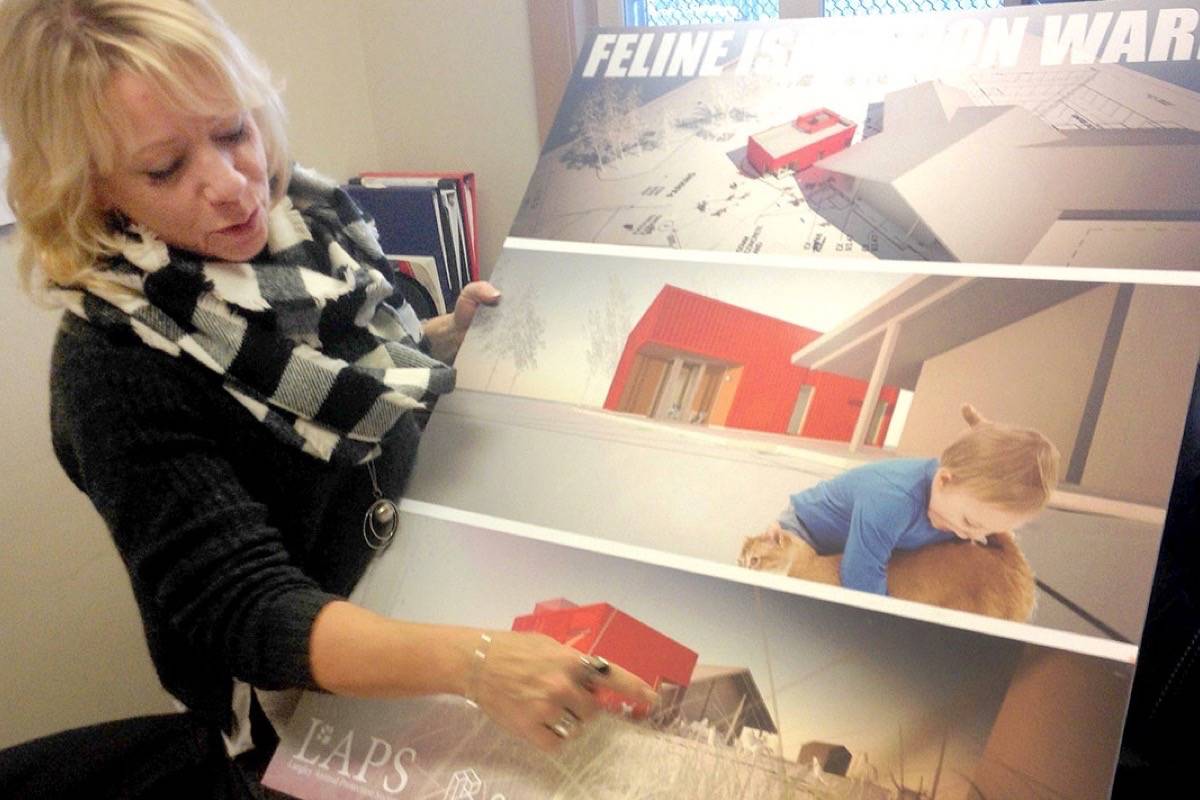