This was the second-best-yet Kruise for Kids, believed to be the longest running auto-based charitable event in North America.

As before, the run started at the Red Robin parking lot in Guildford Mall in Surrey on Sunday (Nov. 4) and headed for Langley.

“People were there (at Guildford) at 8 this morning.” Broderick said, chuckling.

“Maybe they didn’t set their clocks back.”

Now in its 35th year, the toy run attracts car clubs from throughout the Lower Mainland to bring in donations of toys and cash.

“We have done very well over the years.”

There were t-shirts for the first 150 entrants, dash plaques for the first 200, and decals for all as well as door prizes and trophies for best decorated vehicle, best dressed driver and crew, best club turnout, and best club display.

Each participant was asked to donate one brand new toy, unwrapped, and make out cheques payable to the “Lower Mainland Christmas Bureau.”

All toys and donations go directly to the Lower Mainland Christmas Bureau for distribution to children in the Greater Vancouver-Fraser Valley area. 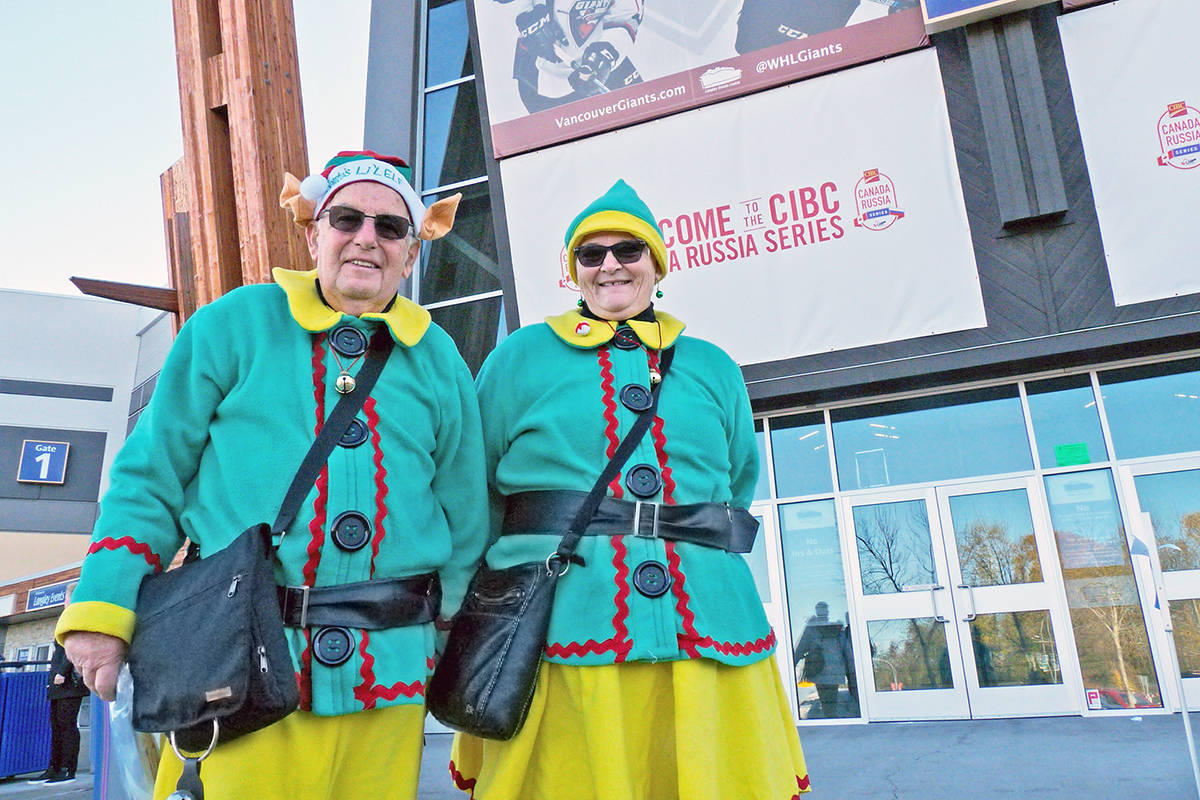 For elves Jordan and Carol McRae of Surrey, the Langley toy run was the first of six they will be participating in this season. Up next, Bellingham. Dan Ferguson Black Press