Lasting over a one-hour period, anyone can join in for free to get the scoop behind murals they may have seen before but never known much about.

Local Langley City artist Judy Pohl’s work is almost extensively featured, including some of her murals showcasing Langley landmarks like the Sendall Gardens and Brydon Park.

“I was inspired to get more colour into downtown,” Pohl said. “Langley is really important to me but the city was drab and dreary once upon a time ago.”

For the past six years, Pohl has donated one mural each year to the city on her mission to brighten it up. She has been custom artist for 12 years, painting everything from workout rooms for spin classes to inspirational art for a local bucket factory.

“It started, really, when I couldn’t afford daycare for my kids. I needed to make money and started painting.” The extra income has evolved into Judy’s Custom Art Services, which Pohl owns and operates full time.

Notable murals covered on the walk include “Butterfly,” “Magical Door,” and “A World Without Bees;” the latter Mcleod’s daughter Madeline helped create by painting a bee she named Willis.

The mural “Our Green Laneway” in McBurney Plaza also features another of Madeline’s contributions – the windowsill with the Pohl’s pet cats sitting inside of it.

“It’s cool when other people become part of it,” Pohl said. “Someone came up to me and asked if they could paint one stroke of a mural just to tell their future grandkids they did that.”

The murals are completed quite quickly when the idea is finally fleshed out – Pohl said “All of Picking” outside the All of Oils store took her two days to paint.

“Beauty of Strength,” a butterfly painted by Pohl in 2016, took a little longer because it was painted to commemorate a friend’s mother that lost her life to Alzheimer’s disease.

“Butterfly is very special,” Pohl said, “it’s a tribute to someone who passed away from Alzheimer’s. It’s dedicated and for anyone who has struggled with Alzheimer’s and dementia.“

Sarah Mcleod and Mya Basra are the community ambassadors who have designed the program ; they will be giving the walks and have described their tour as “an urban hike for all ages.”

Covering the majority of the one-way portion of Fraser Hwy, McBurney Plaza, and even Douglas Park, tour-takers will see Pohl’s murals and also receive a history lesson on how Langley was shaped over the years.

Tours are given every week until August 29th on Tuesdays, Thursdays, and Fridays. People can choose between an 11 a.m. or and 2 p.m. tour.

As a bit of extra incentive for kids, Pohl said if some people look carefully, there are Pokemon hidden in three of the murals. “I like the idea of hiding things in my art and Langley just has a really big Pokemon community.”

Although there is no charge, guests still must RSVP on the Mural Walks’ Eventbrite page to participate.

There are sixteen different stops on the tour. Other artists whose work is featured include Betty Laughy, Lucy Adams, Susan Falk, Jackie Knauer, and Brandon Gabriel. 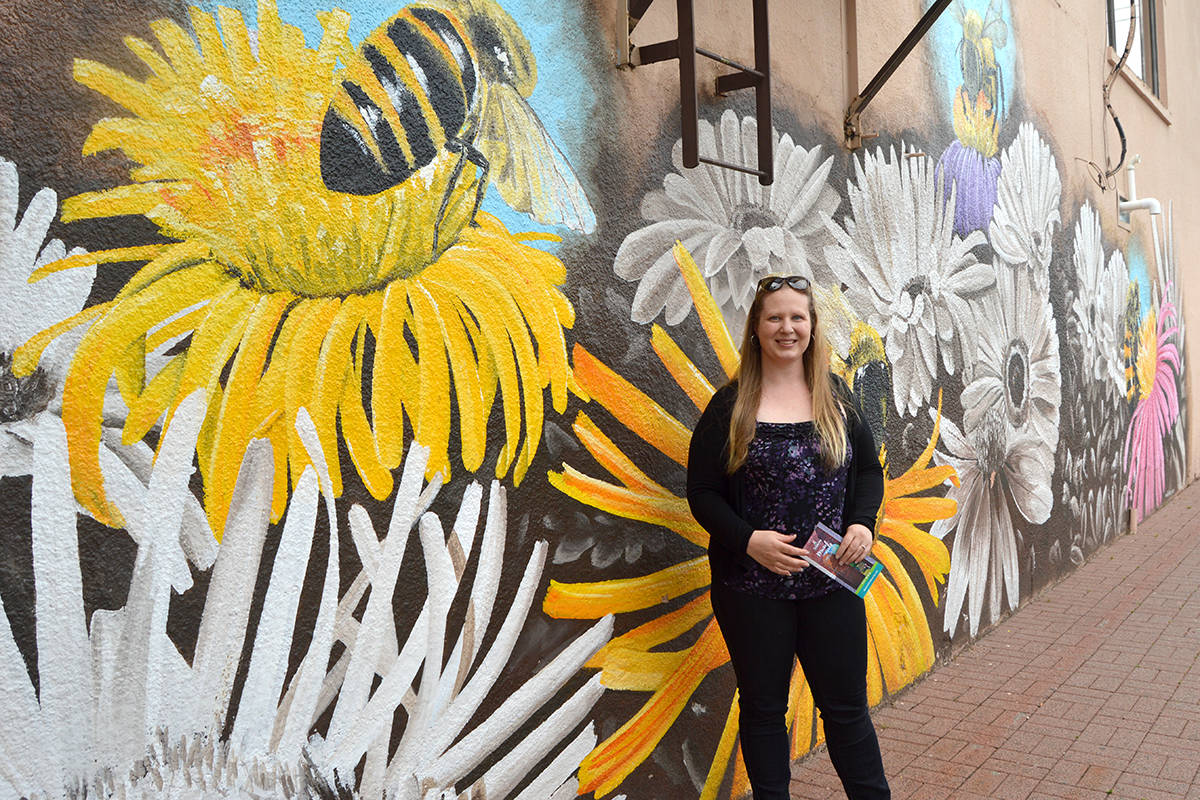 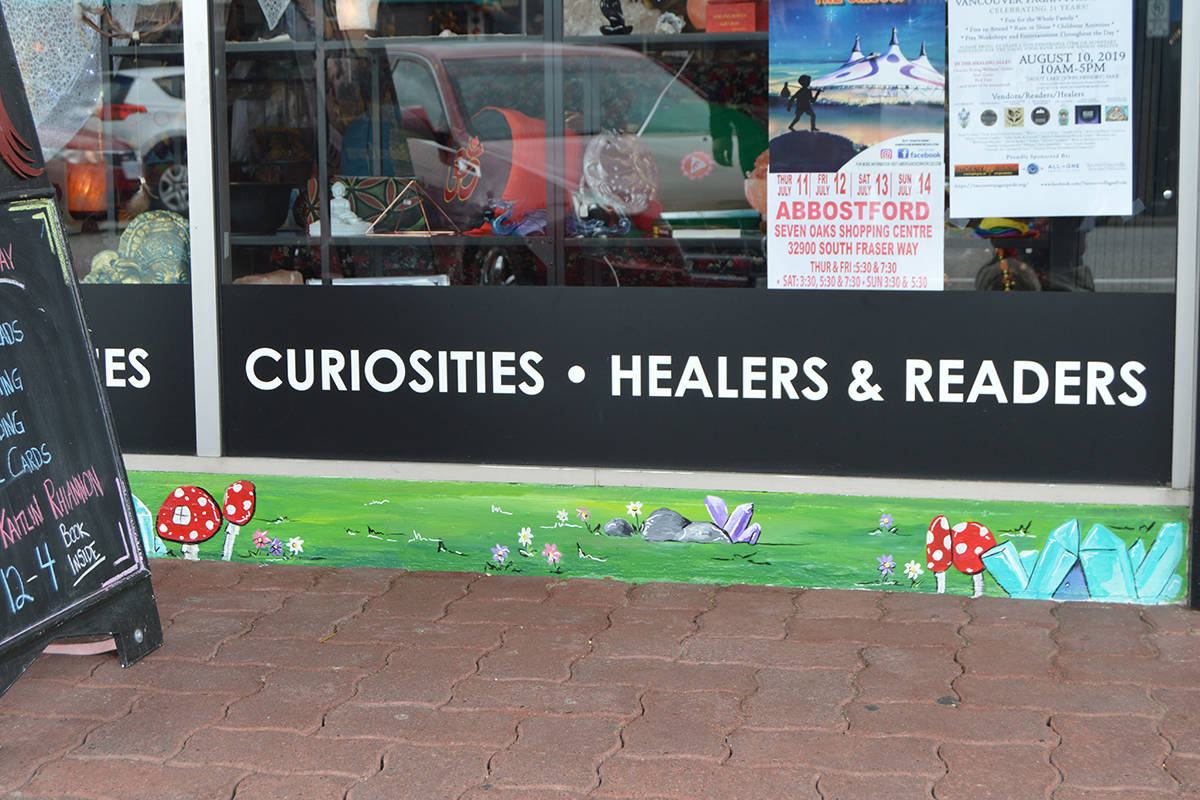